It’s been almost two years since the iPad Pro first came into our lives, so it’s just about possible that early adopters’ bank accounts have recovered sufficiently to start considering an upgrade. And this is a pretty decent (if unexciting) upgrade to make.The new model is significantly faster on paper, and will show its chops and greater future-proofing when more demanding apps start to come out. The screen is brighter and offers smoother graphical performance on fast-moving imagery, and better integration with the Apple Pencil. Storage now goes all the way up to an amazing 512GB, and most will now be able to settle happily for the entry-level option (64GB). Second-gen Touch ID is more reliable and faster. And the cameras are a lot better – although we’re not sure we’d recommend taking photos with this giant iPad. (The FaceTime camera is probably more mission-critical than the rear-facing unit, in contravention of normal priorities.)It’s a shame that Apple continues to cling to what is essentially the same chassis design as the iPad Air 1 all those years ago, although we’re the first to admit it’s a nice design – a little progress would be nice, that’s all. And the price tag is high. But for those who need it and can afford it – we’re guessing mostly digital artists and business types who need to work on the go and are ready to leave the laptop behind – then the new iPad Pro is about as good as giant tablets get. As a first business iPad it’s an appealing choice.Whether we’d upgrade is a different matter. The 2015 model is still fast and user-friendly, and we’re not seeing a lot of reasons to ditch it – although it’s possible that one of the improvements already mentioned has been enough to turn your head. Maybe the improved Apple Pencil will convince you, although we’d suggest trying this out in an Apple Store. Apple fans we speak to tend to upgrade their iPads far less often than their iPhones, and there may not be quite enough here to change that.

Apple has been feverishly launching iPads in the first half of 2017: three out of four of the models it now sells came out this year. At the very top of the range comes the 2017 revamp of the iPad Pro 12.9in: a big, powerful and very expensive device that is more than capable of serving as a laptop replacement (and ought to, given that it costs as much as one).

In this article we compare the new iPad Pro 12.in with the 2015 model it replaces (Apple has stopped selling the 2015 Pro, although it is possible to find the older model second-hand or from certain resellers), to help you decide whether to make the upgrade. We look at design, features, tech specs and pricing. Read next: iPad buying guide 2017 and Best iPad deals UK

The new 12.9in iPad Pro has largely the same design as its predecessor from two years ago. It’s the same size, too, with identical dimensions; Apple has, however, managed to trim a little over 30g from its weight.

All the significant changes have taken place on the inside of the iPad Pro. Let’s walk through the main tech specs of the two 12.9in iPad Pro models.

The new iPads come with new processors, as you’d expect. The A10X Fusion is a modified version of the A10 Fusion in the iPhone 7, and features six CPU cores: three high-performance cores and three efficiency cores for improved battery life. It also features a powerful twelve-core GPU. 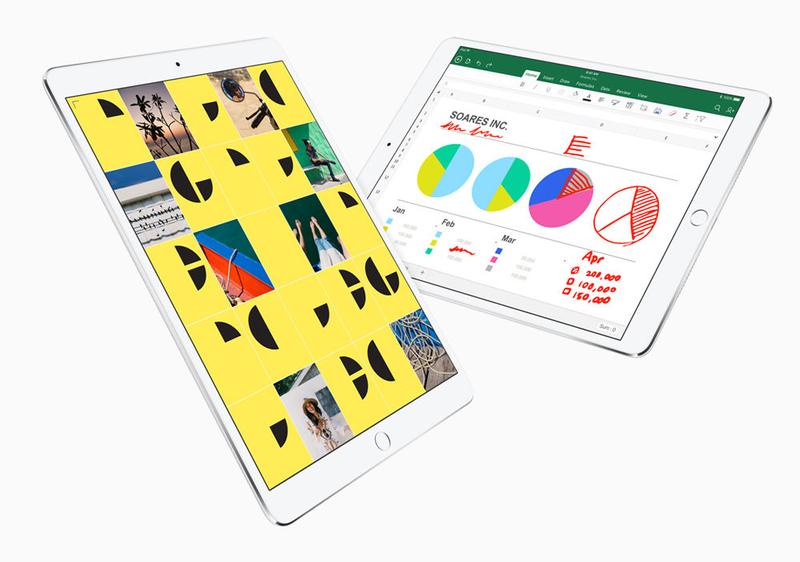 Apple doesn’t officially announce the amount of RAM in its devices, but teardowns of the original 12.9in Pro show that it has 4GB. We don’t yet know the equivalent for the 2017 model; we do know that the smaller Pro has doubled from 2GB in the 9.7in (2016) to 4GB in the 10.5in (2017), so an increase is possible, but we’d be surprised if Apple goes any higher at this point.

Apple has doubled the storage allocation at each tier (most of the tiers are more expensive now, mind you), and tops out at a stunning 512GB – half a terabyte of storage in a tablet! Note that even the 256GB option was only added to the 2015 model six months after its launch; it was originally available with either 32GB or 128GB.

Note further, however, that 128GB is itself a lot of storage on an iPad. We think the main benefit of the doubled storage is that more people will be able to go for the entry-level model, since 64GB will be plenty for most. Some might have found 32GB a bit of a squeeze.

In most respects the screen remains the same. (Unlike the smaller Pro model, which gets an extra 0.8in of diagonal screen size.) It has the same size, the same resolution and the same pixel density.

The refresh rate, however, has doubled, a change which is designed to provide smoother graphics when you’re playing visually demanding games and (in particular) creating digital illustrations and notes with the Apple Pencil. This higher refresh rate will not apply all the time, by the way: a new feature called ProMotion adjust this dynamically depending on what is required at the time, in order to help battery life.

Finally, Apple points to increased brightness on the new iPad Pro, rated at a claimed 600 nits. 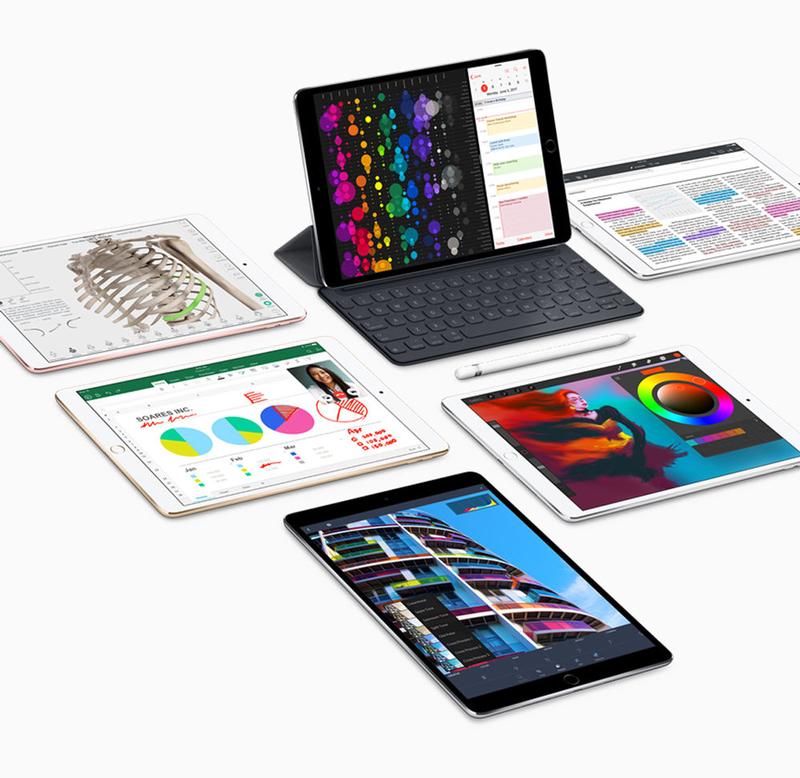 This is probably the biggest upgrade: the new iPad has the same cameras as the iPhone 7, a major step forward from the previous generation. The new device’s front-facing camera is almost as good as the rear-facing model on the 2015 model.

This is the first time second-gen Touch ID, which is quicker and more reliable than the original tech, has appeared in an iPad. It’s previous been used in two generations of iPhones – from the iPhone 6s onwards.

Apple generally offers battery life estimates that are both broad (the new 12.9in and 10.5in models get the same estimate despite having very different battery capacities) and modest. The average user can probably expect longer life than these numbers, although we find that gaming murders our batteries.

Apple has increased the capacity of the battery in the new Pro, which is a mild surprise given that it’s lighter; between this and the various power saving efficiencies it’s made across the board we’re hopeful of a strong showing in battery tests, and we’ll update this article when we’ve got the results.

You can buy the iPad Pro here. 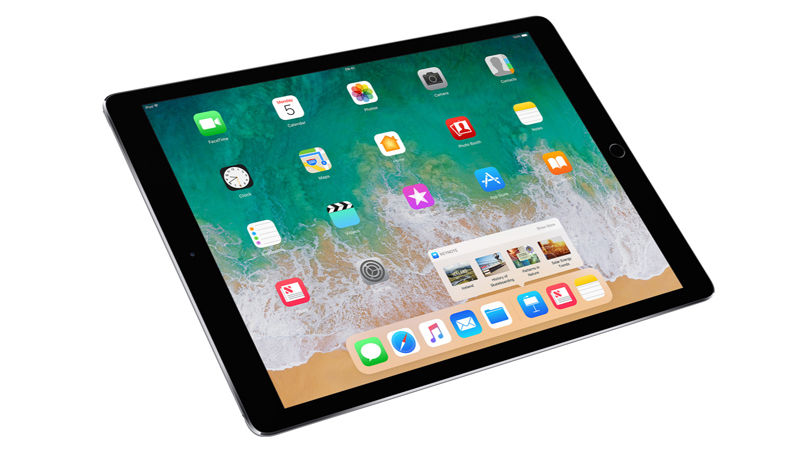 The new 10.5in iPad Pro starts at a hefty £619 and tops out at a eye-watering £1,019. Bear in mind, however, that Apple has doubled the storage at each tier, so the entry-level model now comes with 64GB and the top model offers 512GB – an amazing amount of storage for a device of this type.

We can’t imagine ‘normal’ users – ones who don’t have extensive game libraries, or who need to store large audio and video files – needing more than the base 64GB, although it might be said that ‘normal’ users would be better served by a more basic iPad altogether – such as the iPad 9.7in (2017).

You can buy the iPad Pro here.

Purely for comparison purposes (since this model is no longer available from Apple), here’s what the company charged for the old 12.9in Pro as recently as April 2017. It started at a slightly more manageable £729, albeit with just 32GB.