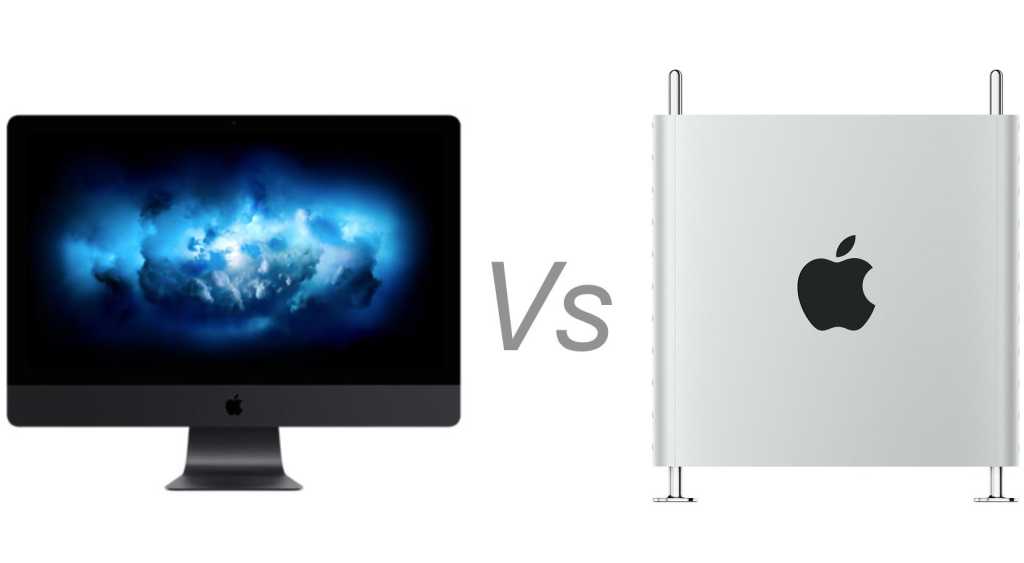 Both the iMac Pro and the Mac Pro, with their high price (even for the standard configuration) will only appeal to the most advanced power users who will make use of the extreme specifications on offer. Even then, we’re not sure many will be able to afford either machine. If you need the ultimate in Mac power though, the Mac Pro is the model that will offer that to you. While the iMac Pro extends the iMac range to another level, but the rest of the iMac range is catching up with it.

A few years ago (in 2017) Apple made an apology to creative professionals for letting them down with the poorly designed 2013 Mac Pro. Apple said it had designed itself into a “thermal corner” with what many had called the ‘trash can’ design.

In the years that followed Apple has done what it can to appease creatives – a group that has always been associated with the Mac. At the end of 2017 the company launched the iMac Pro, based on the iMac but with a workstation processor, and then at the end of 2019 we finally saw a new Mac Pro – one that is a lot easier to update this time round.

Apple has also made the 27in iMac more and more powerful over the years. The result being that there are now three desktop Macs that could meet the needs of creative pros. In addition there is the 16in MacBook Pro, also designed with creatives in mind. However, in this article we are primarily concerned with the iMac Pro and the Mac Pro and how they compare. We also have a comparison of the iMac and iMac Pro and the iMac vs the MacBook Pro.

Find out which Apple pro desktop computer is best for you in our guide to the differences between the iMac Pro and Mac Pro.

Let’s first take a look at the price of the two Macs we’re considering here, because that could well rule one of them out. A Mac of this calibre is no small investment.

Here’s how the two base models compare:

So essentially the base iMac Pro costs £500/$1,000 less, offers more power, more storage and the 5K display… Why would you spend $1,000 to get what looks like a lesser machine? Or £500 in the UK – for once it looks like UK shoppers get a really good deal on the Mac Pro.

As you will see if you read on there are a lot of other benefits that a Mac Pro can bring. It’s not only about power. The biggest draw to the Mac Pro will be the various upgrade and expansion options that are available. Also, there are many more powerful options available at point-of-sale if you choose the Mac Pro.

For example, you can customise a Mac Pro with a 2.5GHz 28-core Xeon W (TB 4.4GHz), 1.5TB RAM, two Radeon Pro Vega II Duo graphics, and 8TB SSD for £50,899/$51,399. And that’s before you consider adding on the Afterburner card, stainless steel frame with wheels, and other expansion options.

But the market for these machines has changed and is now very specific to a particular industry. These machines aren’t designed for the Mac fan who just wants a powerful machine for playing games on. Or even for a designer looking for a new machine for their studio. The iMac is more than enough power for these people – or at least that’s what Apple seems to think.

The iMac Pro is popular thanks to its Space Gray colour theme that separates it from the standard iMac (you can’t get any other iMac in Space Gray). In all other ways it looks like the iMac: it’s an all-in-one machine, which means that it’s essentially a monitor with all its tech tucked neatly behind it in one surprisingly svelte chassis. If you like the looks of the iMac you’ll love the iMac Pro.

However, if like us you are thinking the iMac needs a bit of a redesign you might think that there is room for improvement such as better ergonomics, a bigger screen, and a ‘chin’ reduction. 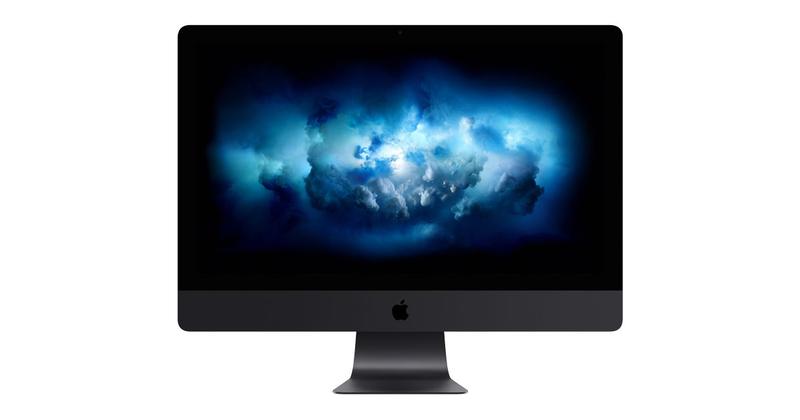 The 2019 Mac Pro has been given the nickname the ‘Cheese Grater’ Mac, although that’s also how many described the generation before the 2013 ‘Trash Can’ Mac Pro, which we think looks similar. The new old-style design is intended to make the Mac Pro easy to upgrade: a stainless steel frame houses its range of components over the top of which slides an aluminium case.

Luckily the new Mac Pro looks nothing like the 2013 Mac Pro. The 2013 model had a cylindrical design made from a shiny black. It looked stylish but it was impossible to update – hence it being untouched by Apple for six long years. The company admitted they had designed themselves into a thermal corner. Not great! (You’d have thought Apple would have learned its lesson from the Cube).

If you buy the Mac Pro you’ll also need to buy your own mouse, keyboard and monitor, which adds to the cost but obviously means you’ve got more choice over design, features etc. Speaking of monitors, there’s a display made just for the Mac Pro that costs a staggering £4,599/$4,999 – excluding the stand, that costs another £949/$1,000. Read about the Pro Display XDR here. 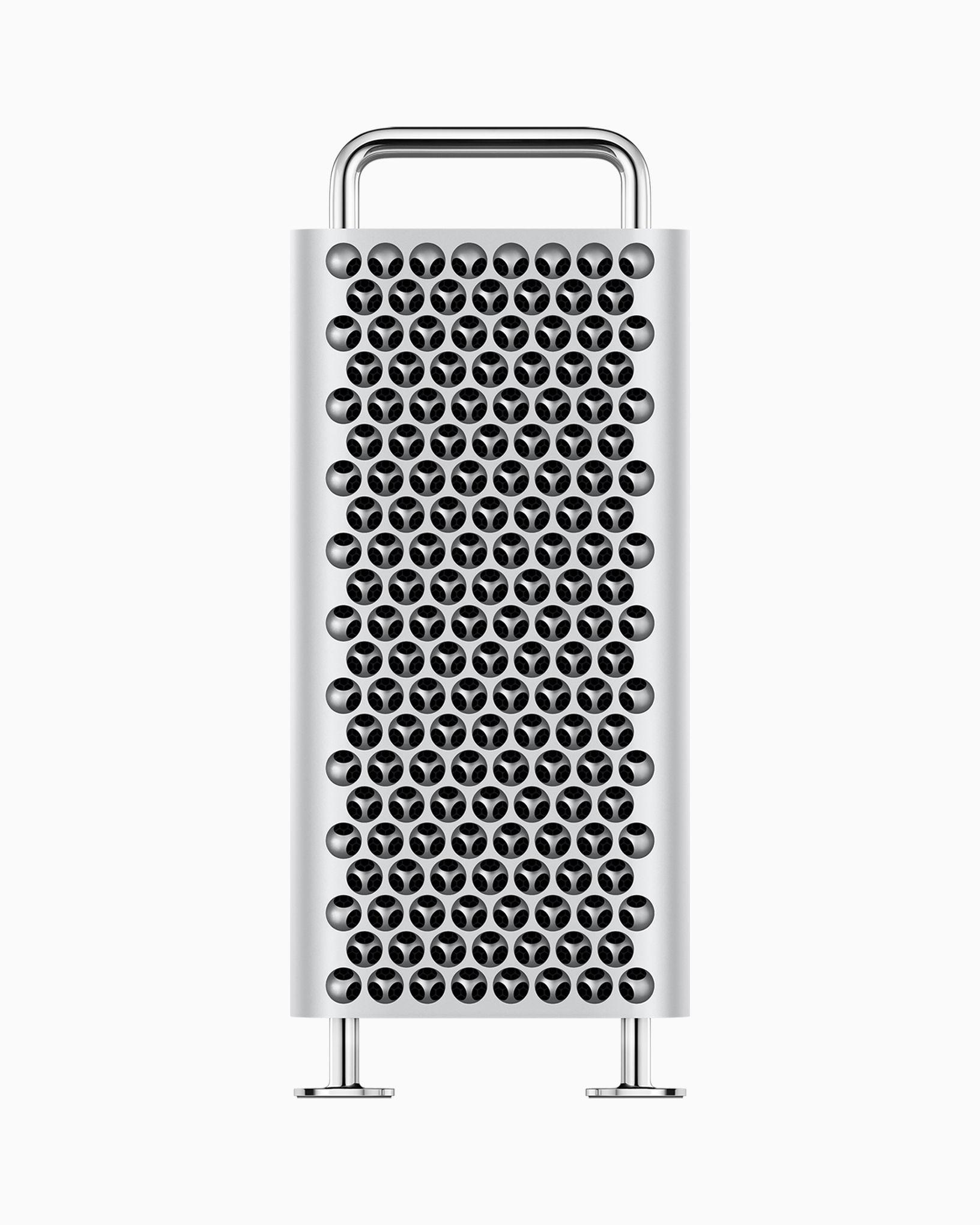 While the design is important, it’s what inside that counts most with these professional Mac options.

The iMac Pro sports one obvious thing that that the Mac Pro doesn’t: a display. It is 27in and described by Apple as Retina 5K. What that means is that the display boasts 5,120 x 2,880 pixels, and supports a billion colours with a wide gamut. It offers 500 nits of brightness, too. We found it rich, vivid and sharp. 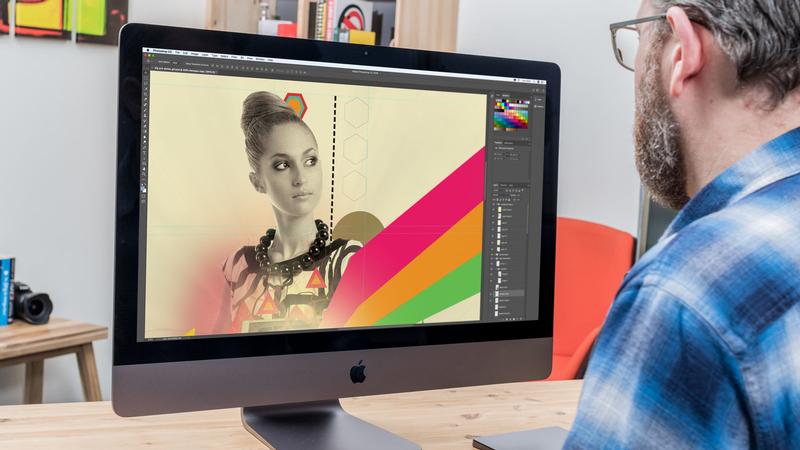 At the base level you might be thinking that the iMac Pro has the upper hand, with it’s 10-core Intel Xeon W. However, the processor in the Mac Pro is actually a newer generation.

This makes the Mac Pro the most powerful Mac Apple has ever made. But the iMac Pro even at almost three years old is still an incredibly powerful Mac.

How do the processors compare?

Of course when it comes to the Mac Pro there are many much more powerful options open to you. The 2.5GHz Mac Pro with 28-cores scores an immense 19,224 on Geekbench 5.

As for graphics, the iMac Pro has a Radeon Pro Vega 56 graphics processor with 8GB of memory, and that is configurable to the Vega 64 with 16GB of memory.

Still want more? Apple’s offering various Mac Pro Expansion Modules (which should be able to buy from Apple such as the Radeon Pro 580X MPX Module) and the Afterburner card (£1,800/$2,000). These extra modules will offer additional graphics card and PCIe lanes. The MPX can ship with TWO Radeon Pro Vega II Duo GPUs. Those four GPUs combine to add up to 56 teraflops and 128GB of high-bandwidth memory. Read more about the spec of the Mac Pro in our first look review.

A quick rundown of the ports now, as they are key to the usefulness of your current peripherals or the peripherals you’re considering buying. 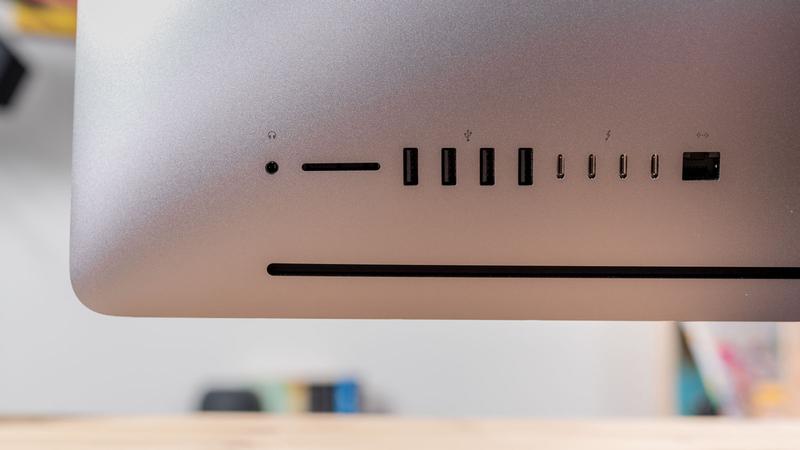 According to Apple CEO Tim Cook, the new Mac Pro is the “most configurable and most expandable Mac ever made.”

And much more thanks to its modular nature.

What is surprising is the fact that when it comes to the base models the iMac Pro is more powerful and cheaper. Plus, with it’s incorporated screen, it’s all round better value for money.

The only disadvantage of the iMac Pro is the fact that it’s now coming up to three years old. If Apple hadn’t have just tweeked the entry-level model we’d have been expecting the company to discontinue it.

We’d like to see the iMac Pro gain a significant processor update before we can really recommend it, but when that happens it will be even harder to recommend the base model of the Mac Pro.

However, if you need the ultimate power and expandability offered by the Mac Pro, and don’t need a display, then the Mac Pro is a great choice.