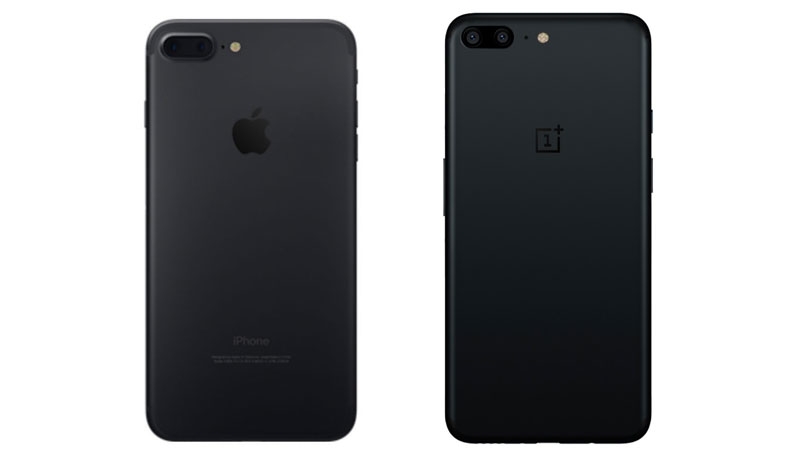 While we’ve mentioned the iPhone 7 throughout our review, the real decision is between the iPhone 7 Plus and the OnePlus 5 as both smartphones have similar builds and features. At £449 the OnePlus 5 is a whopping £270 cheaper than the £719 iPhone 7 Plus with double the storage, so if your decision is based on price then it’s the clear winner. Beyond that, it’s a tough decision as each have their strengths and weaknesses – while the OP5 has better display technology, it can’t detect pressure, and while the iPhone 7 Plus features an impressive A10 Fusion chipset, it’s somewhat trumped by the combination of a Snapdragon 835 and 8GB of RAM. It’s a question of thinking about what you’ll be doing on your smartphone and deciding based upon those requirements.

Apple’s iPhone 7 and iPhone 7 Plus are two of the most popular smartphones on the market at the moment, but do they have what it takes to compete with the 2017 ‘flagship killer’, the OnePlus 5?

With a price tag at least £150 cheaper than Apple’s flagship smartphone range, it doesn’t seem possible – or does it? OnePlus is famed for creating flagship-level smartphones with mid-range prices, and that seems to be the case with the OnePlus 5.

Here, we break down the specs of the iPhone 7, iPhone 7 Plus and OnePlus 5 to decide which is most deserving of your hard-earned cash.

Not sure which iPhone to buy? Take a look at our iPhone buying guide for 2017.

Pricing is a huge factor to consider when comparing the likes of the iPhone 7 and OnePlus 5, especially if you’re looking to buy the smartphone up front with no contract. Apple has always been known for high-end products with high-end price tags that match, and the iPhone 7 series is no different.

The OnePlus 5, on the other hand, is much cheaper – a huge selling point for the “flagship killer”, although it’s not as cheap as previous models have been at launch. The OnePlus 5 is also only available in two configurations with varying specs. 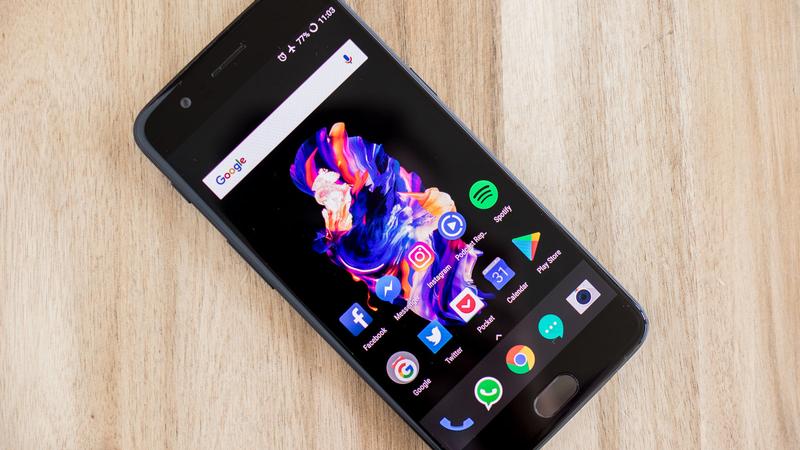 It’s worth noting that neither the OnePlus 5 or iPhone 7/7 Plus feature a microSD card slot so there’s no way to increase storage after purchase.

Both the iPhone 7 series and the OnePlus 5 look stunning, featuring aluminium bodies with minimalistic aerial lines that avoid ‘breaking’ the overall design. But while there are subtle differences in design and build between the iPhone 7 with its single camera setup and OnePlus 5 with its Alert Slider, the same can’t be said for its’ larger sibling.

It has got to be said: the OnePlus 5 and iPhone 7 Plus look almost identical, especially on the rear. In fact, they’re so similar that it’s almost a bit awkward. The iPhone 7 Plus and OnePlus 5 share the same dual-camera and flash setup, similar logo placements and even identical antenna lines at the top and bottom of the smartphone. 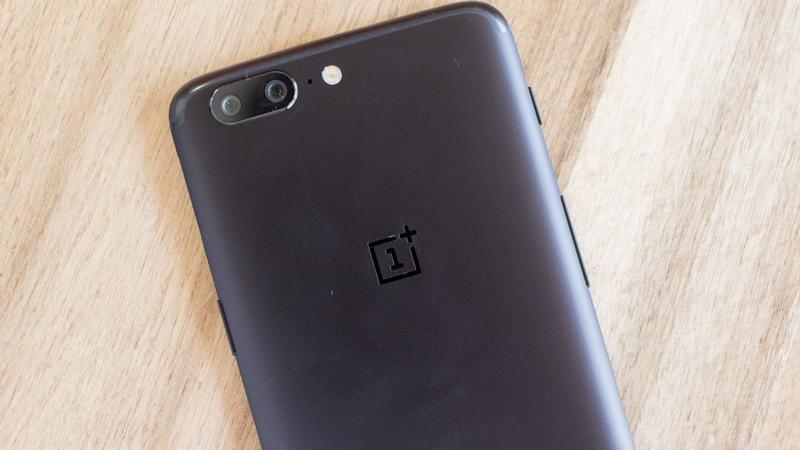 Going beyond the general look of the smartphones, the iPhone 7 is not only the lightest of the bunch at 138g compared to the 153g OnePlus 5 and 188g iPhone 7 Plus, but is the thinnest at 7.1mm too (both the 7 Plus and OnePlus 5 are 0.2mm thicker at 7.3mm). The reason is most likely to do with the larger 5.5in display present on the iPhone 7 Plus and OnePlus 5, compared to the smaller 4.7in display of the standard iPhone 7.

There are also differences when it comes to colour options. 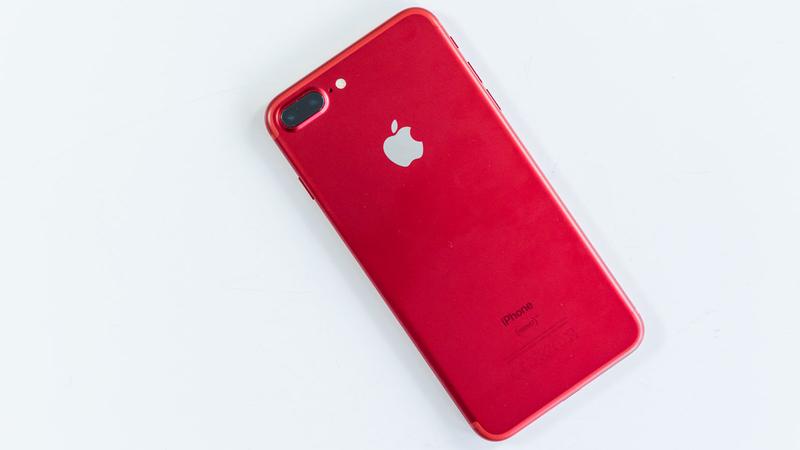 Both the iPhone 7 and 7 Plus are available in Black, Silver, Gold and Rose Gold, while users that opt for 128- or 256GB capacities also have the choice between the more premium Piano Black and Red. The OnePlus 5 is a little less colourful, and is available in a single colour for each build: Slate Grey for the £499 model, and Midnight Black for the £499 model.

However, while the OnePlus 5 isn’t as colourful as the iPhone 7 series, it does offer one benefit over Apple’s flagship: it features a 3.5mm headphone jack on the bottom of the smartphone. It comes at a cost though, as unlike the iPhone 7 and 7 Plus that feature IP78 water resistance, the OnePlus 5 features no kind of IP rating.

It’s in the features department that the differences between the iPhone 7 and Plus and OnePlus 5 become more apparent.

Let’s start with the displays: the iPhone 7 features the smallest display at 4.7in, while the iPhone 7 Plus and OnePlus 5 feature 5.5in displays. The size isn’t the only difference either, as the technology and resolution varies between the devices.

However, while the display may be of a higher quality in the OnePlus 5, it doesn’t feature the same 3D Touch technology of Apple’s iPhone 7 series. The display of the iPhone 7 and 7 Plus feature pressure-sensitive technology that allows for an additional level of input and greatly enhances the overall iOS experience. 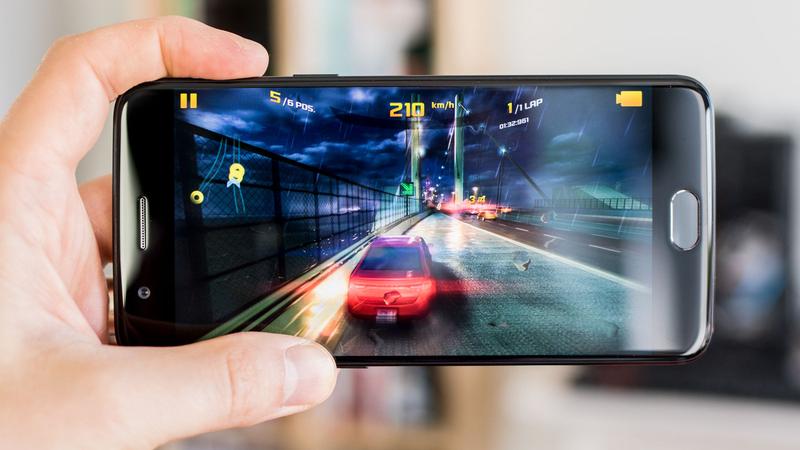 The OnePlus 5 on the other hand features Qualcomm’s latest Snapdragon 835 processor coupled with a whopping 6- or 8GB of RAM depending on the variant you buy, putting it in line with the likes of the Sony Xperia XZ Premium and Samsung Galaxy S8 Plus.

That’s at least triple the amount of RAM of the iPhone 7 and double (and a bit more) the RAM available in the iPhone 7 Plus – not bad for a smartphone that’s cheaper than Apple’s flagship. 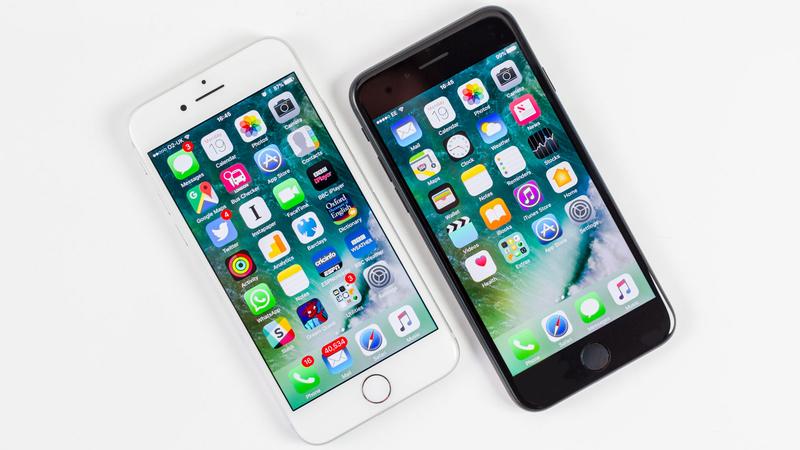 In terms of a front facing camera, the both the iPhone 7 and 7 Plus feature a 7Mp camera.

Many of the photo modes of the iPhone 7 Plus are shared with the OnePlus 5, from the portrait mode to the optical zoom layout in the Camera app. 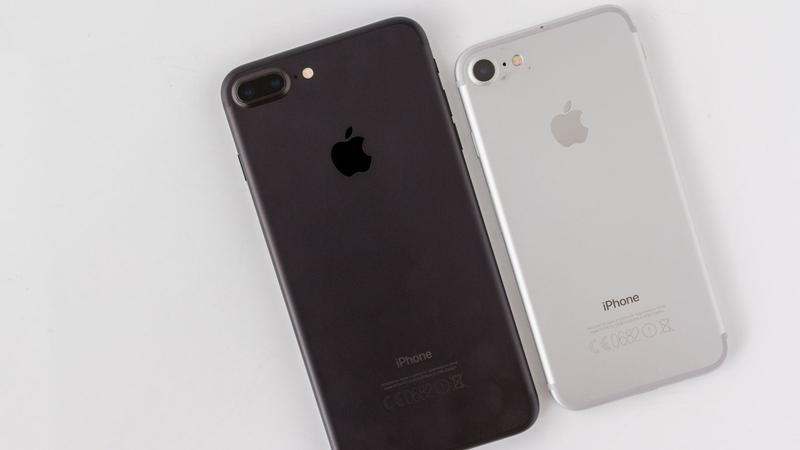 Battery life is another important factor to consider when buying a new smartphone and while we can’t accurately say how long each smartphone will last, we can compare the battery capacities.

It’s also worth pointing out that unlike the iPhone 7 and 7 Plus, the OnePlus 5 features the company’s own Dash Charge technology, providing around 50 percent of charge in only half an hour. It’s an impressive feat, and something that Apple’s current range simply cannot compete with. 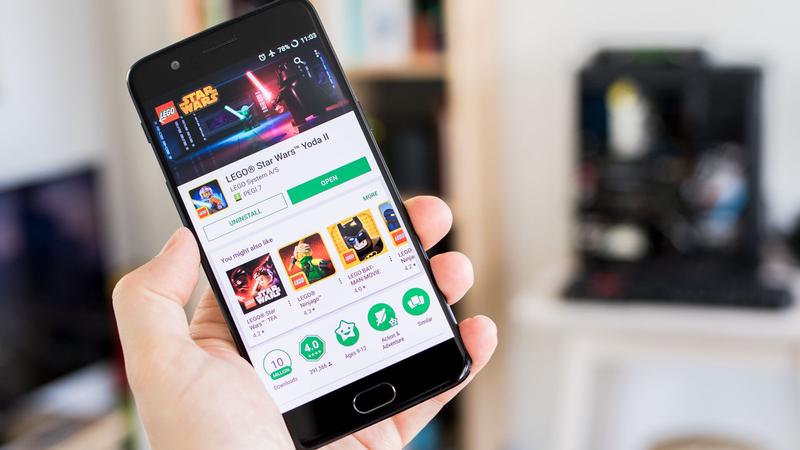 Read next:  iPhone 7 vs iPhone 7 Plus

In terms of software, the iPhone 7 and iPhone 7 Plus somewhat obviously offer Apple’s own mobile operating system, iOS 10, while the OnePlus 5 offers OxygenOS, a heavily customised version of Google’s Android operating system. Of course, each have their benefits: Apple’s iOS system offers synchronicity between other iOS devices via iCloud, while OxygenOS offers the ability to understand knuckle-drawn shortcuts and perform custom actions based upon them, from opening specific apps to controlling music.

There are of course other benefits to each operating system, but there are far too many to list and essentially boils down to whether you prefer using iOS or Android.

Apple’s iOS does have an upper hand over OxygenOS in the form of Siri, its virtual assistant. While Android’s equivalent, Google Assistant, is available on a number of 2017 flagship smartphones, the virtual assistant seems to be missing from the OnePlus 5. It does have the slightly older Google Now for contextual on-screen help, but there’s nothing that you can converse with.