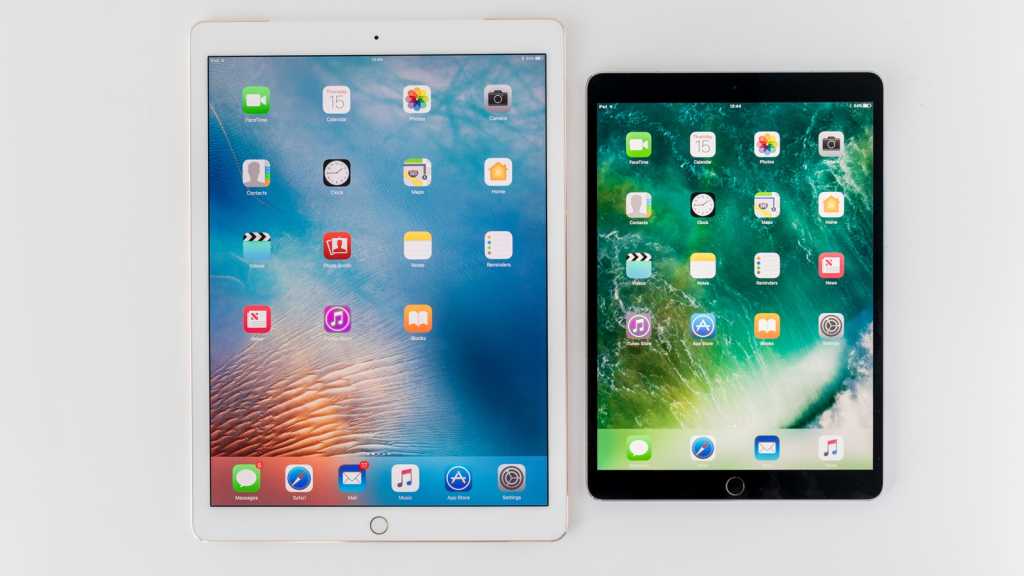 The Pro models released in late 2015 and early 2016 were annoyingly mismatched – early adopters who paid handsomely for the first 12.9in Pro suffered when the 9.7in model arrived six months later with a better screen, upgraded cameras, extra colour and storage options… and a lower price tag, too. Bad move, Apple. But the company has not repeated the mistake this year, and these two tablets are almost identical. In terms of processor, RAM, screen tech and pixel density (albeit not resolution, for obvious reasons), camera setup, storage options and nearly everything else, they’re the same. Your choice comes down to screen size, portability and price tag. Work out how large a screen you need, and how enormous and weighty a device you can stand to lug around. We always recommend popping into an Apple Store or borrowing a friend’s tablet to see for yourself; but if you can’t do these things you can always fake up a dummy out of cardboard using the dimensions listed above, which will give an idea of the length and width if not the weight. We’d say that only design creatives and maybe some particularly enthusiastic iOS gamers really need the 12.9-inch screen, although if you’re planning to replace a laptop with your new iPad you might want that extra screen real estate. The 10.5in screen will be quite good enough for most of us: it’s great for gaming, web browsing, and viewing films and TV – we’d say it’s fine for working too, but your mileage may vary. So that just leaves price, and the most painful part of this comparison. There’s no two ways about it: these are extremely expensive tablets, with the absolute lowest entry point for the Pro range coming in at £619, and your expenses rapidly increasing as you go for a larger screen, more storage and of course the Apple Pencil and/or Smart Keyboard accessories that are so key to turning the iPads into good laptop replacements. If money is tight, remember that the iPad 9.7in is a decent alternative and starts at £339.

Apple is going absolutely mad for iPads this year. After replacing the iPad Air 2 with a cheaper 9.7-inch iPad in March, it unveiled two impressive new iPad Pros in June: a 10.5in model and a 12.9in one. But how much difference is there between these super-powerful tablets, and which is the best option for you?

In this article we compare and contrast the two new iPad Pro models for 2017, to help you decide which to buy. We look at design and build quality, new features, tech specs and pricing to make an informed recommendation. If you reach a decision, you can buy both models on Apple’s website, or look at our roundup of the best cheap iPad deals.

(This all assumes you’ve got a fair wedge of cash to spare, of course, since these are both expensive devices; if you’re on a budget then our iPad Pro 10.5in vs iPad 9.7in comparison may be more useful, or our more general iPad buying guide.)

The 10.5in Pro is an entirely new ‘form factor’ for Apple, which has never released a tablet in that size before; the 12.9in model on the other hand is an update on the 12.9in Pro released in 2015. But both models, on their different scales, have essentially the same design that Apple has been selling since the launch of the iPad Air 1 in 2013.

That’s not entirely a bad thing, of course, since the iPad Air 1 was a beautiful tablet whose design blew us away all those years ago and change for its own sake is not something to wish for. But it is starting to look a little samey, and those who already own tablets from the past few years may be less motivated to upgrade because of the lack of significant aesthetic change.

Aesthetics are subjective, of course, and whether you like this design is a matter for your own judgment. Take a look at these photos and decide for yourself: 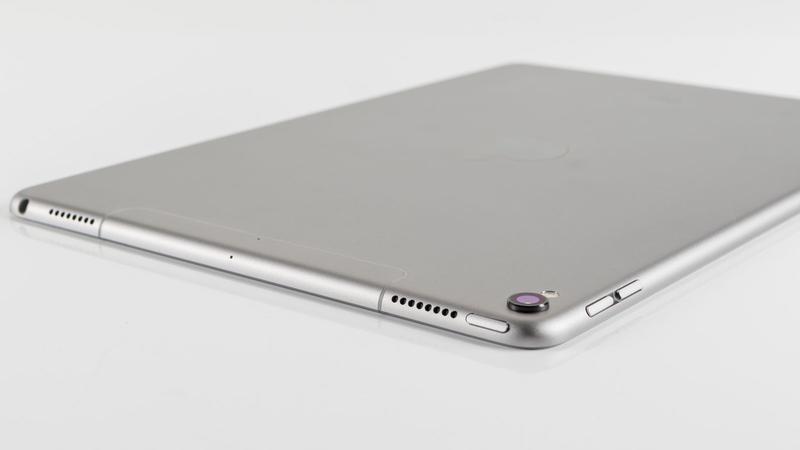 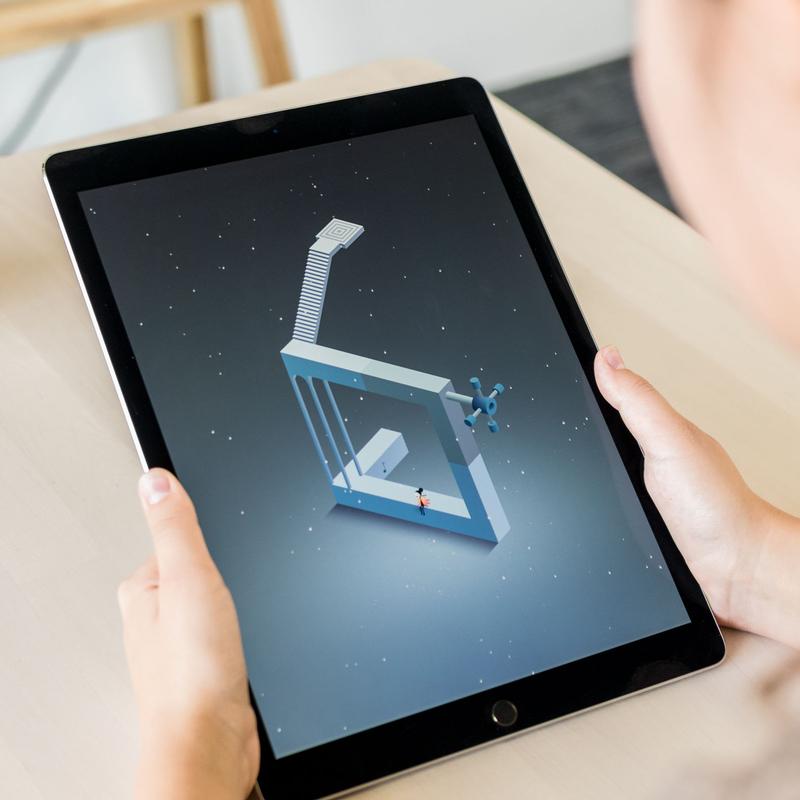 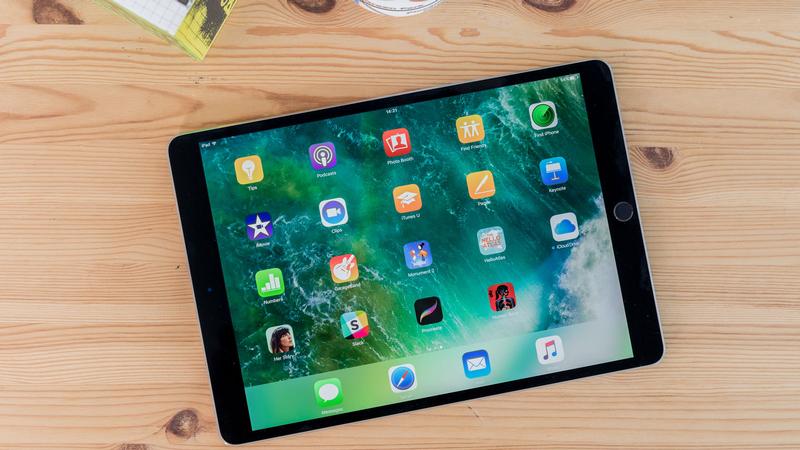 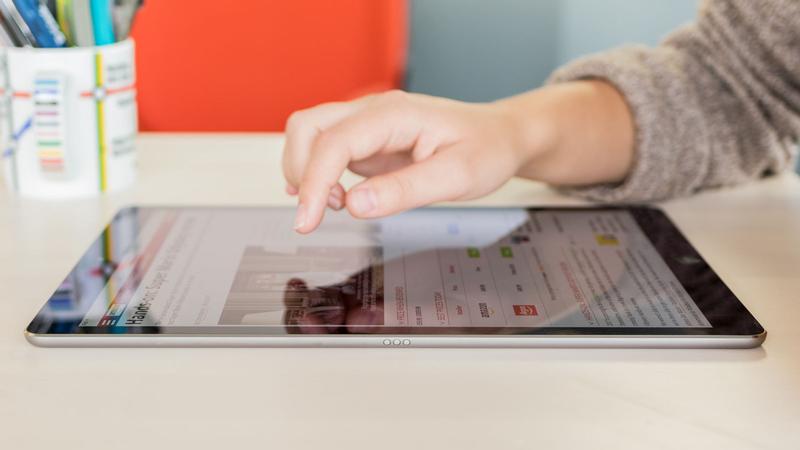 Note that both Pro models have four speakers and provide excellent audio; they both have headphone ports, in case that was something you were worried about; and they both have Smart Connectors down the lefthand edge, which means they’re compatible with the Apple Pencil and their respective sizes of Smart Keyboard.

There’s one important design change that we’re seeing this year: the 10.5in model has smaller bezels around its screen. This means that while it’s bigger than the 9.7in Pro from last year, it’s not as much bigger as you’d expect, given the extra screen size you get – by our calculations around 18.3 percent more display area. 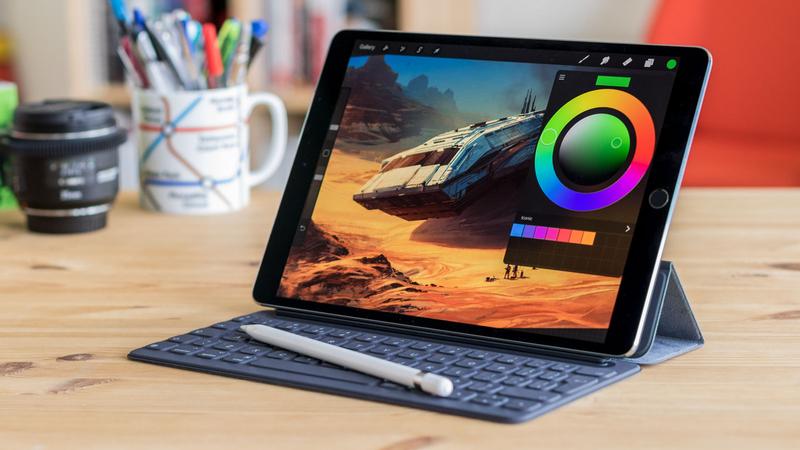 Both of the 2017 Pro models also get a new feature that Apple calls ProMotion, which dynamically adjusts the refresh rate depending on what’s required at the time, to help battery life. (The maximum refresh rate has doubled to 120Hz.) And the new screens are brighter too, at a claimed 600 nits.

In terms of pixel density there’s no difference between this year’s models and their predecessors, although the 10.5in obviously has a new resolution to suit its new screen size. Here are the screen specs:

The Pros are impressively thin and light for their size. Here are their dimensions:

(Prospective upgraders may be interested to note that the 2017 12.9in Pro has exactly the same length, width and thickness as its 2015 predecessor, but it’s a bit lighter: that model weighed 713g/723g.) 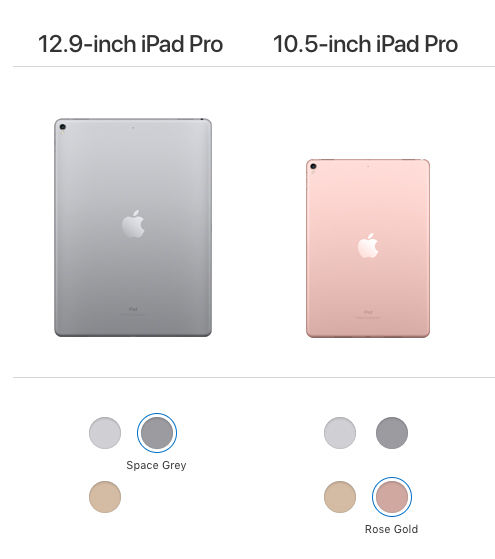 In most respects – the principal exceptions being screen size and resolution, and battery capacity – the 10.5in and 12.9in iPad Pro models have the same tech specs. Let’s buzz through the list.

Both new iPad Pro models come with an A10X Fusion processor, a modified version of the A10 Fusion chip in the iPhone 7.

This has six CPU cores – three high-performance cores and three efficiency cores for improved battery life – and a twelve-core GPU.

This all looks good on paper, but the Pro models backed it up in our speed tests, too. They were miles ahead of previous generations of iPad (and the current iPad 9.7in) in Geekbench 4:

And we saw similar results in the JetStream 1.1 browser test:

This year’s iPad Pros have identical camera setups. (They’re the same as the cameras on the iPhone 7, incidentally.) 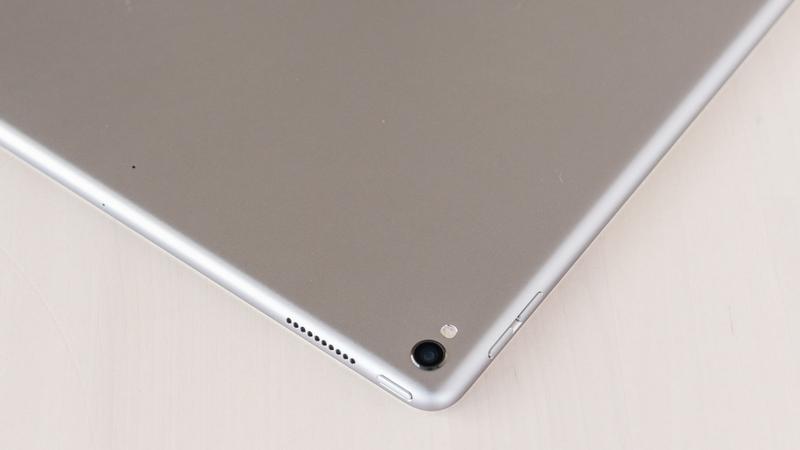 You see what we mean about most of the specs being the same? But it’s great that both Pros now have second-gen Touch ID, which was previously only available on the iPhone. It’s faster and more reliable than the original Touch ID tech. The difference is small, but noticeable.

Here’s one of the important spec differences: the 12.9in model naturally has a larger battery – but then it also has a larger and higher-resolution screen to power. Apple proposes that these two factors will cancel each other out, and gives both devices the same claimed battery life.

(We suspect it may not be quite so simple – and while we’ve not tested the 12.9in model’s battery performance, we do know from testing that there is considerable variation between the current 7.9in, 9.7in and 10.5in iPads, all of which get the same 9/10-hour claimed battery life. In our experience Apple’s battery predictions are nearly always cautious – it doesn’t exaggerate – but cautious to different degrees for different products.)

Both devices are available now, having launched at WWDC 2017 in June. 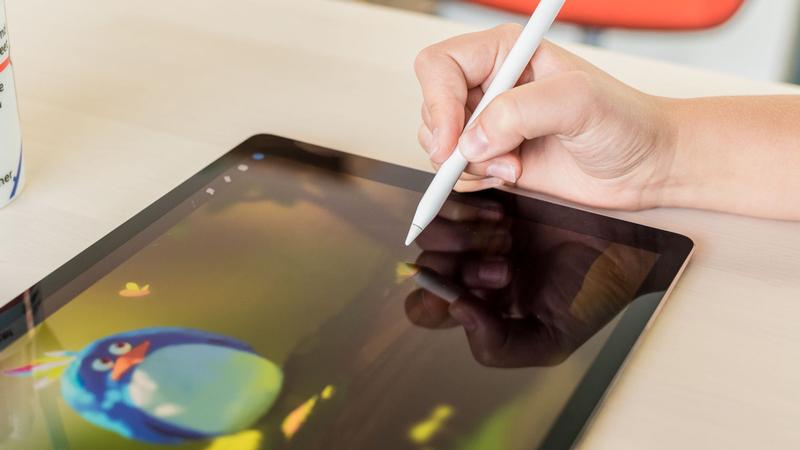 Here’s what the two iPad Pro models cost in the UK at time of writing:

You can buy both iPad Pro models directly from Apple, or check out our roundup of the best cheap iPad deals.