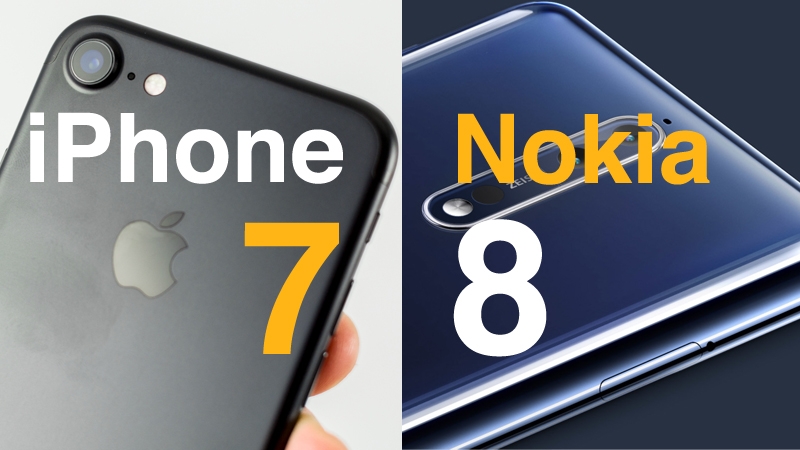 It’s a bit early to say – while we’ve seen the launch announcement, no review samples will appear for a while yet – but first impressions of the Nokia 8 are good. Indeed it looks at first glance like it might be a better handset than the iPhone 7: the design is more modern, you get twin lenses as standard instead of having to upgrade to the Plus model, there’s more (and expandable) storage at what looks likely to be a lower price. For some people the simple fact that it has a headphone port will be a clincher. But as well being premature the comparison is somewhat unfair, because we’re not comparing equivalent generations: the iPhone 7 is the best (or one of the best) of autumn 2016, while the Nokia 8 will look to dominate autumn 2017 – so we’ll be sure to add the iPhone 8 to this comparison when we know more about it. That’s without even mentioning that for many – perhaps most – people iOS is a far simpler and more enjoyable operating system than Android; that the A10 Fusion is a superfast chip and the iPhone 7 a super-slick operator; nor that in contrast to past years we are able to say that the Apple phone in this comparison is much more water-resistant than its rival.

The Nokia 8 has been announced, at an event in London on 16 August. It’s going head to head with Apple’s iPhone range, so in this article we compare the specs, design and pricing of the Nokia 8 with the iPhone 7 to help you decide which of these two industry heavyweights is right for you.

(In fairness, of course, the Nokia 8 will really be competing with the iPhone 8 by the time it launches. Once we know more firm details about the iPhone 8 we will update this article to include that phone in our comparison.)

Both of these are attractive, sleek smartphones.

The iPhone 7 has essentially the same look Apple has been selling to us since the launch of the iPhone 6 in 2014, but we’re the first to admit that it’s a design classic. The Nokia follows the more current look of a centralised camera lens on the back; from the front we’d describe it as a smart but relatively standard-looking Android handset design.

Aesthetics are a personal thing, so let’s look at some photos. 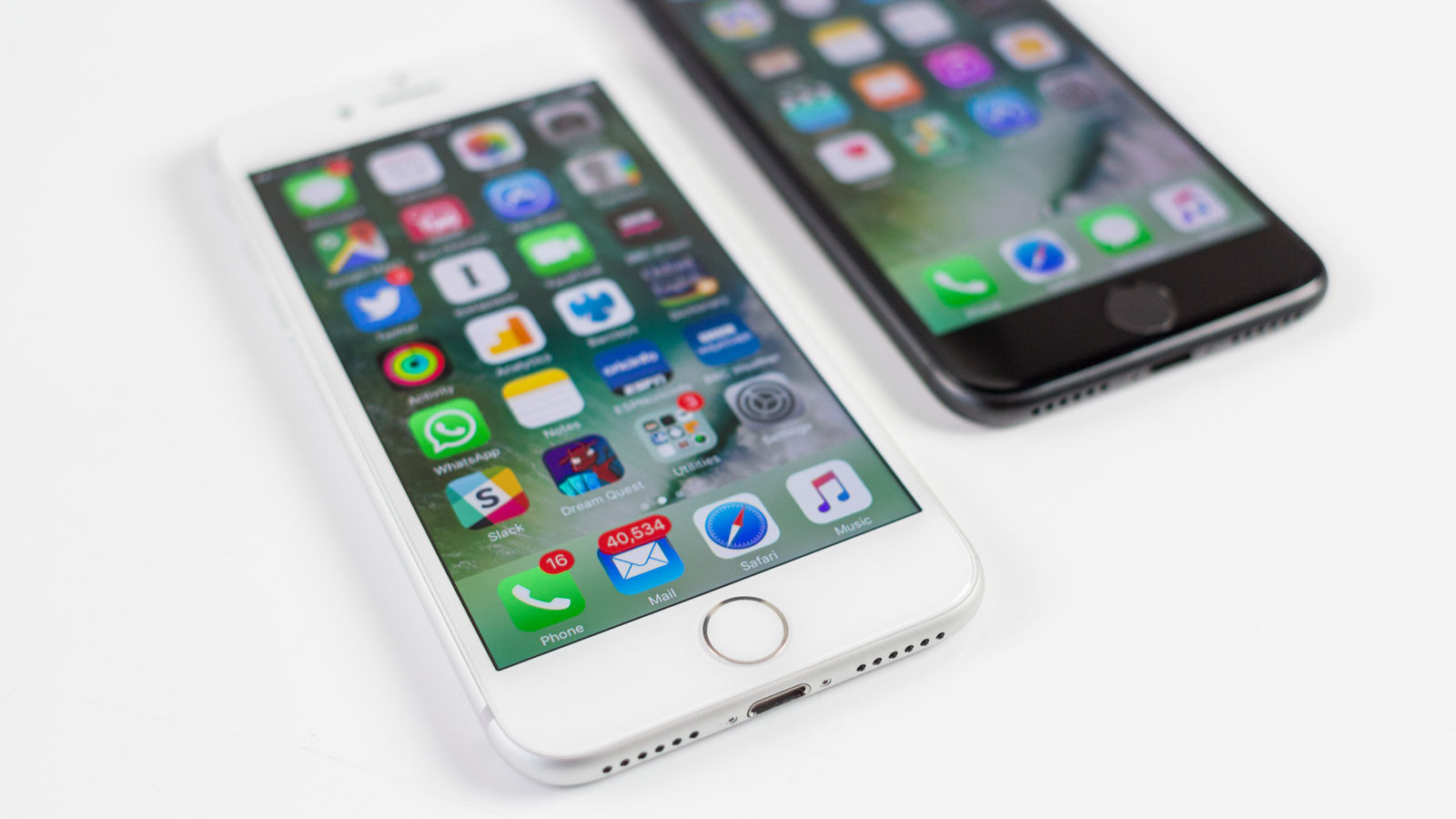 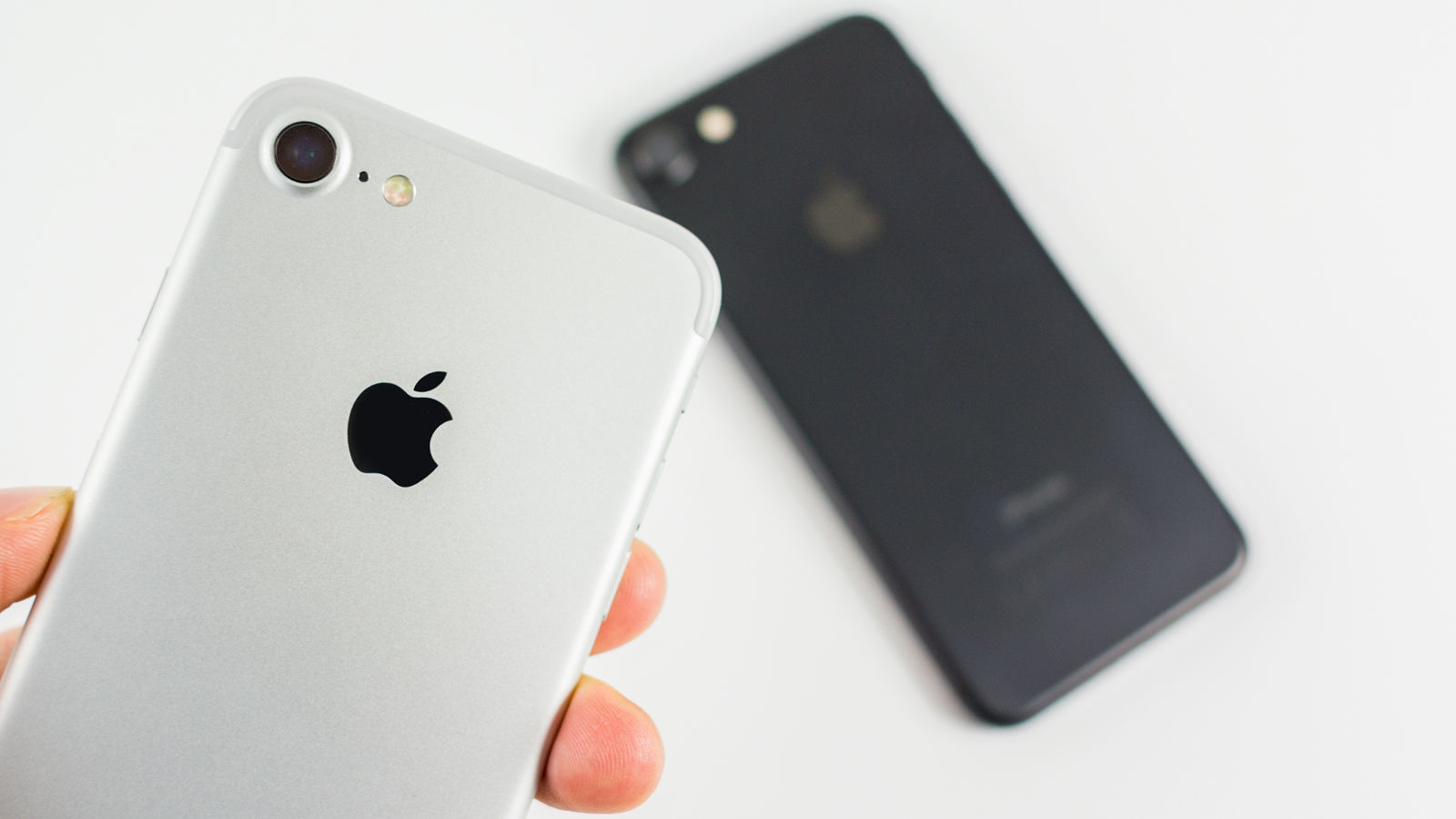 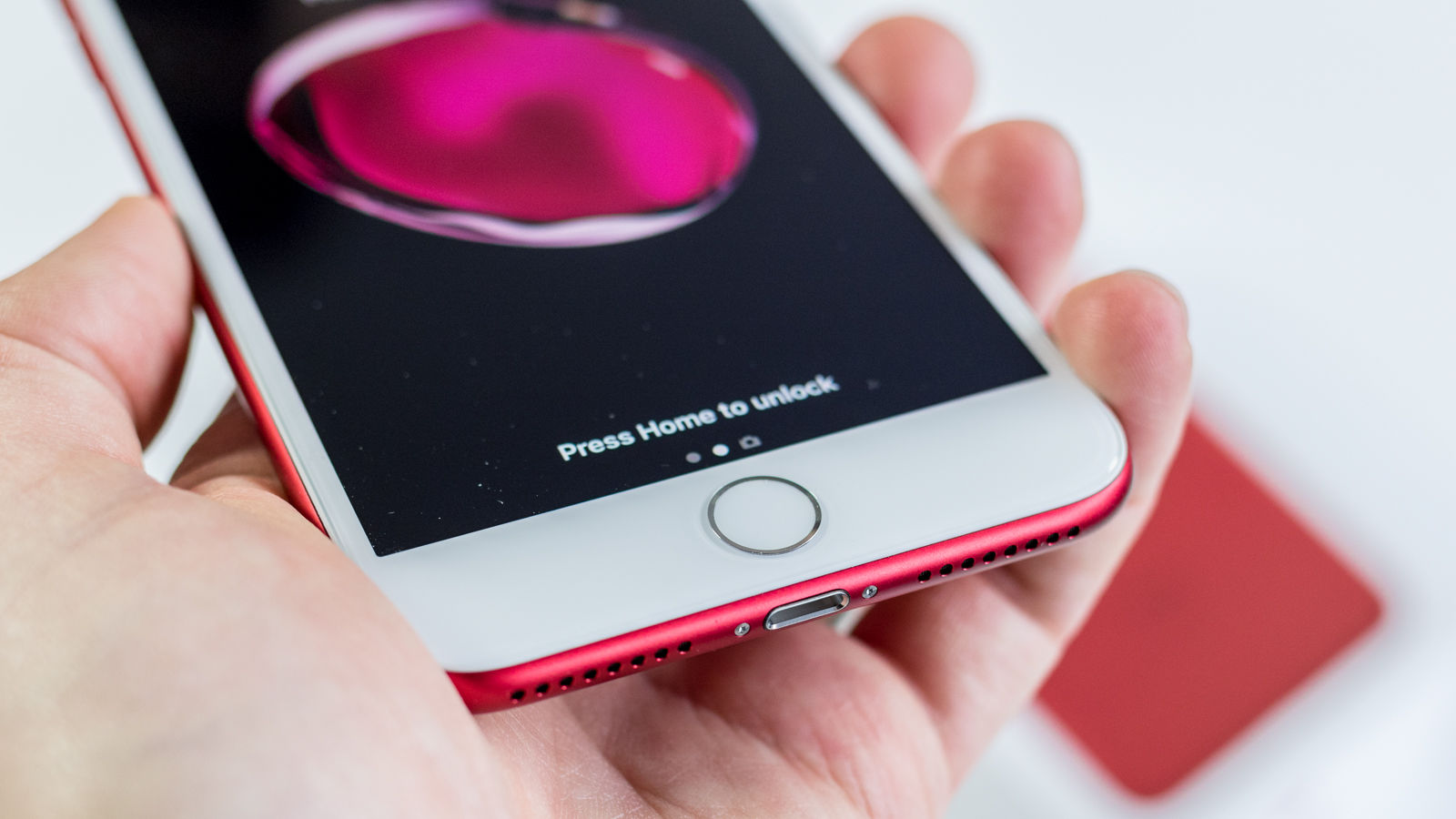 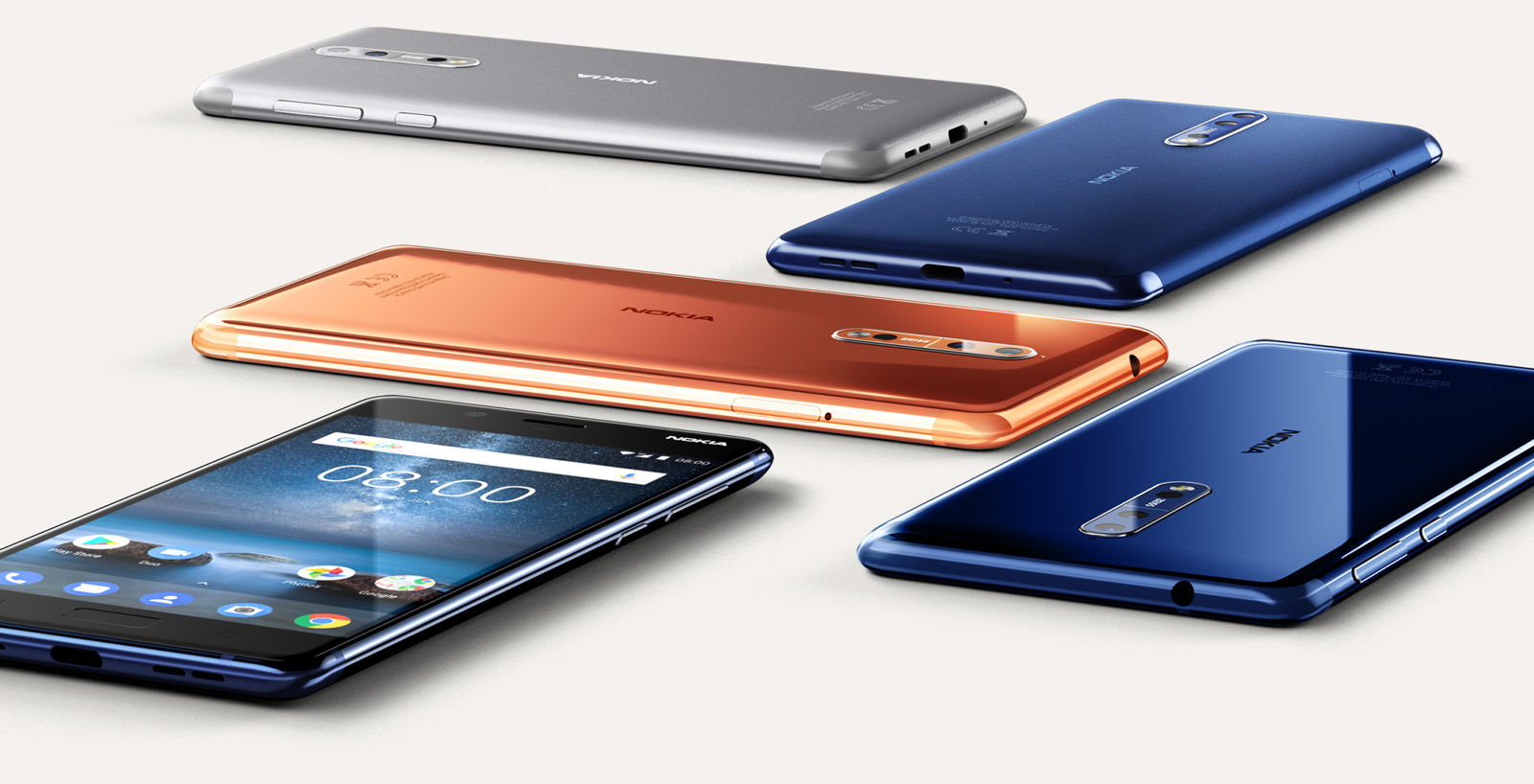 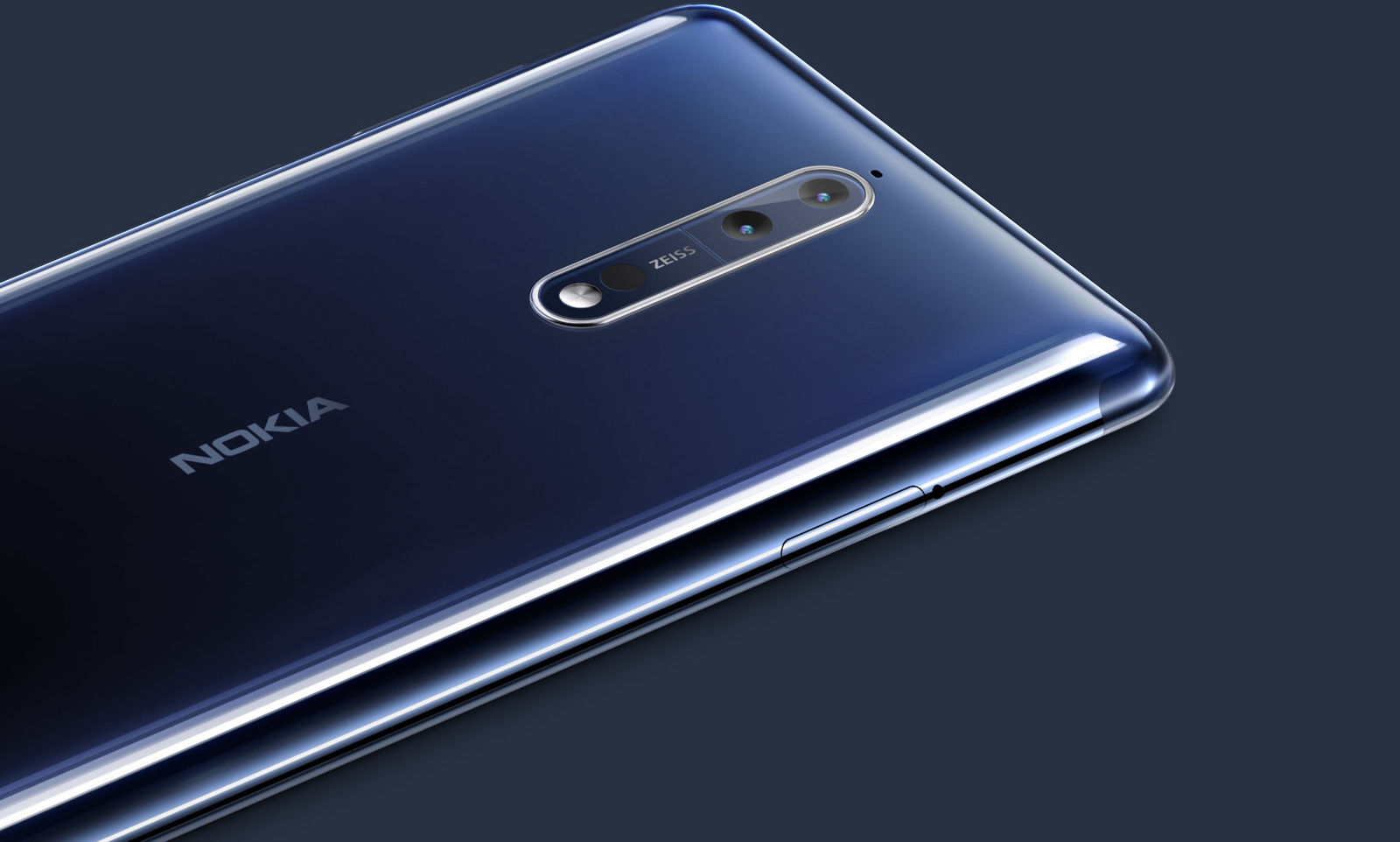 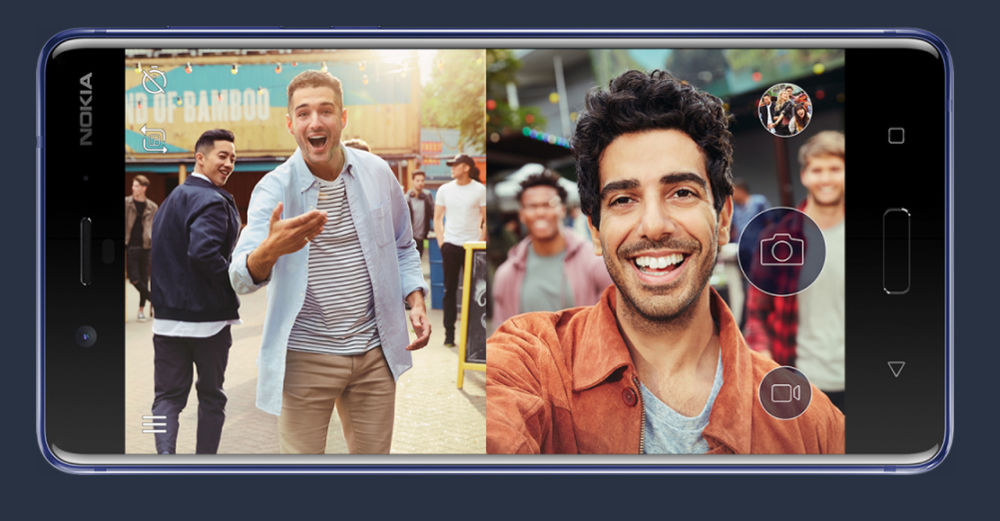 Note that the Nokia has a headphone port, which the iPhone 7 (controversially) does not.

There’s a couple of other aspects of design worth discussing separately:

The iPhone 7 is rated as IP67 splash-, water- and dust-resistant. In this regard it’s a long way ahead of the Nokia 8, which is rated as only IP54. Here’s what those numbers mean:

The iPhone 7 is available in six colours: silver, gold, Space Grey, black and Jet Black (all offered at launch) and the charity-supporting Product Red (which came out a few months later). Jet Black and Product Red are available in the 128GB and 256GB capacities only, so start at a higher price.

Moving on from design, what have these handsets got in their feature sets?

The iPhone 7 has a clever Home button that doesn’t actually click downwards – it just tricks you into thinking it does by activating a small taptic ‘buzz’.

Opinion differs over how realistic this is: we find it slightly less convincing than the trackpad on recent generations of MacBook, which also do not physically click, but still feels completely ‘normal’ after a few days of use. But it brings a number of advantages.

The physical Home button was a common point of failure in earlier generations of iPhone (particularly the iPhone 4); even after Apple improved its reliability in later models, customers in some markets continued to worry that it would go wrong. (In China, we understand, it has become commonplace for people to use the software Home button accessed from the accessibility options, so as to preserve the physical button for resale.)

You can also to a certain extent customise the way the taptic Home button feels.

The Nokia 8’s dual-lens camera enables a number of interesting features and modes. Nokia says ‘Bothie’ photos are created by combining snaps from the front and rear cameras to get the whole picture, while Dual-Sight lets you stream photos and video over live services.

The Nokia 8 comes with Ozo Audio, which captures 360-degree audio thanks to three mics and the company’s own acoustic algorithms. This sound can then be enjoyed in high fidelity even on devices that don’t support this audio standard.

What you tend to find when comparing iPhones to Android handsets is that the Apple devices offer lower specs for the money; the payoff comes with the more coherent optimisation between hardware and software that you get from iOS, advantages in terms of security and privacy, and a generally more user-friendly experience.

One area of the iPhone 7’s specs that is highly impressive, however, is its processor. In many of our tests the A10 Fusion produced faster results than all of its rivals.

Of course we’ve not been able to test out the Nokia 8 and its Snapdragon 835, and look forward to seeing how it compares to the iPhones. (But you can get a hint of its power from our review of the Sony Xperia XZ Premium, which uses the same chip.)

Neither of these handsets is cheap, but you’re likely to get a lower price on the Nokia 8. Let’s discuss pricing.

You can buy the iPhone 7 direct from Apple’s website, or you can peruse our roundup of the best iPhone deals.

We don’t yet know the UK pricing for the Nokia 8. The manufacturer has so far announced European pricing only: €599. Based on that we’d expect to pay around £549 in the UK.

Obviously if that’s correct it would represent a solid £50 saving on the cheapest iPhone 7, while offering twice the storage and microSD support to add more, but we’ll update this article when we know more.

Release date & where to buy

The iPhone 7 was launched in September 2016 and is available now.

The Nokia 8 will go on sale in September 2017, which should coincide with the launch of the iPhone 8, 7s and 7s Plus, Apple’s widely anticipated tripartite follow-up to the iPhone 7. As mentioned above we will update this article to take those devices into account once we’ve got more concrete details about them.