The iPhone 8 Plus might still be part of Apple’s line-up at an even lower price, we don’t think it’s the best deal available.  We recommend the much better iPhone XR for a little bit more, unless you really want more storage for the same price and can’t let go of Touch ID.

The iPhone 8 Plus is the cheap big phone in Apple’s range, but considering it first arrived way back in 2017 is it really a good deal or just looks good compared to the latest models like the iPhone 11?

In our iPhone 8 Plus review we weigh up the design, features, specs and pricing of Apple’s new phablet to help you decide if it’s the best phone for you. We also put it through our rigorous battery of benchmark tests, covering processing speed, graphics and battery charging.

The iPhone 8 Plus is an incremental update to the 7 Plus (as opposed to the dramatically redesigned iPhone X unveiled on the same night) and therefore has largely the same design as the 7, 6s and 6-generation handsets. It’s a classic design but one’s that’s now many years old and feels very dated. If you’re looking for radical new designs, this isn’t the device for you.

The curved edges remain pleasant in the hand, and the slight increase in weight since the last generation (it’s gone up from 188g to 202g) adds rather than detracts from the feel in our opinion, although your mileage may vary. It’s also a shade longer, wider and thicker, although only a fraction of a millimetre in each case. 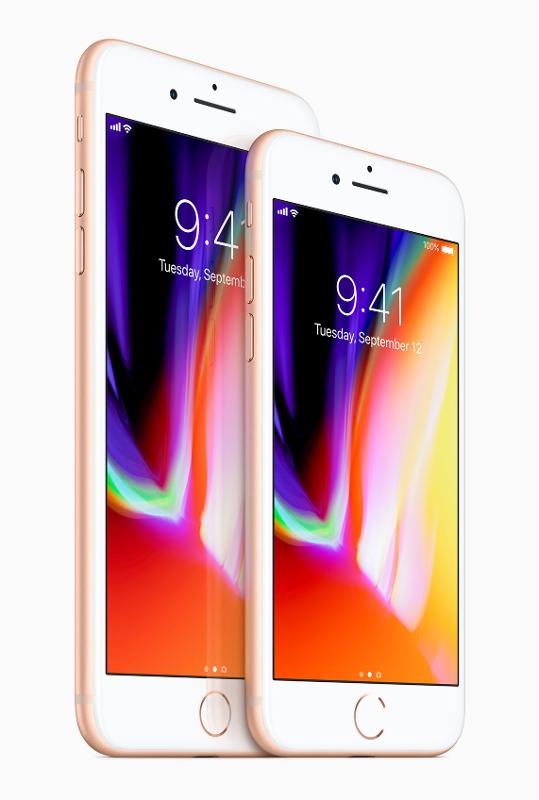 The rear cameras still stick out, so that you’re basically obliged to use a case. An uncased 8 Plus cannot lie properly flat on a hard surface, and will wobble around annoyingly if you touch the top left corner. Most will use a case, however, particularly given that the heavily touted drop resistance of the glass back remains unproven.

MobileFun, which kindly provided us with an iPhone 8 sample, stocks a range of  iPhone 8 cases and  iPhone 8 Plus cases. We’ve also rounded up some of the best in our guide to the  best iPhone 8 cases.

There have been some small (and not-so-small) tweaks to the design in that time; like the 7 handsets, for instance, the 8 Plus does not have a headphone port and features a buzzing, solid-state Home button instead of the clicking version seen in previous years. This year’s biggest design change is the above-mentioned glass back, which means it supports wireless charging – which we’ll discuss more in a bit.

Having glass across the back instead of metal gives it a shinier, smoother finish that we like. (Apple has also made the back look cleaner and neater by drastically reducing the information printed below the iPhone branding, but this may make it harder for people to work out which iPhone model they’ve got.) 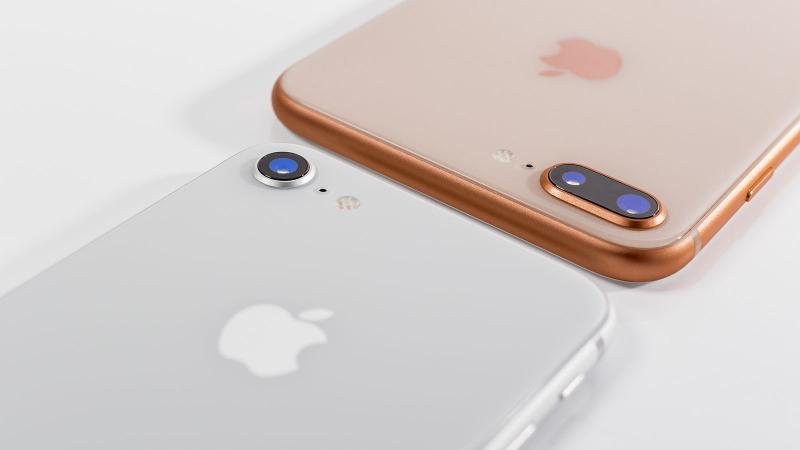 On the gold model it also makes the general colour effect more subtle, since the glass section reveals a pale pinkish-white section rather than the darker pink gold seen around the edge of the device and surrounding the Home button and rear cameras. Pink gold is one of those things that you can definitely have too much of.

While we’re on the subject of colour, the 8 Plus is available in only three standard colours: silver, gold and Space Grey. Far less than the iPhone 7-generation handsets, which at one point were available in six finishes.

Note that Apple appears to have ‘split the difference’ between the gold and (no longer offered) Rose Gold colour finishes. The gold option now has a touch of pink about it, but it’s subtle and really rather lovely: there are hints of copper in there too. 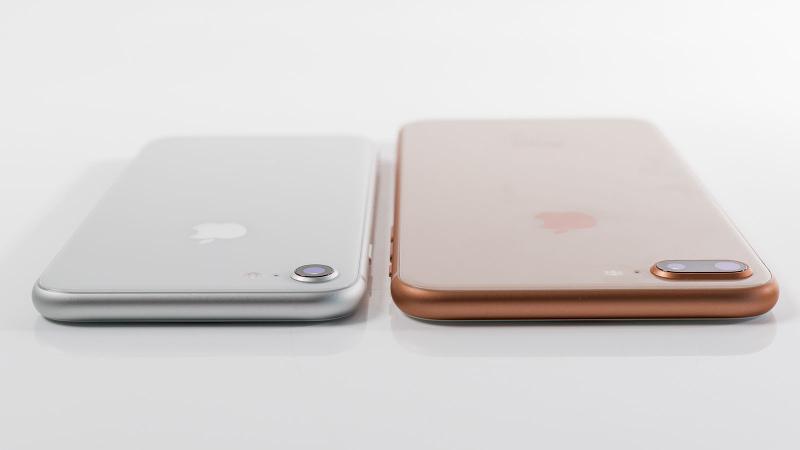 in April 2018 Apple also added a (PRODUCT)RED iPhone 8 Plus to the line up. It looks great, and is available for the same price from 10 April: 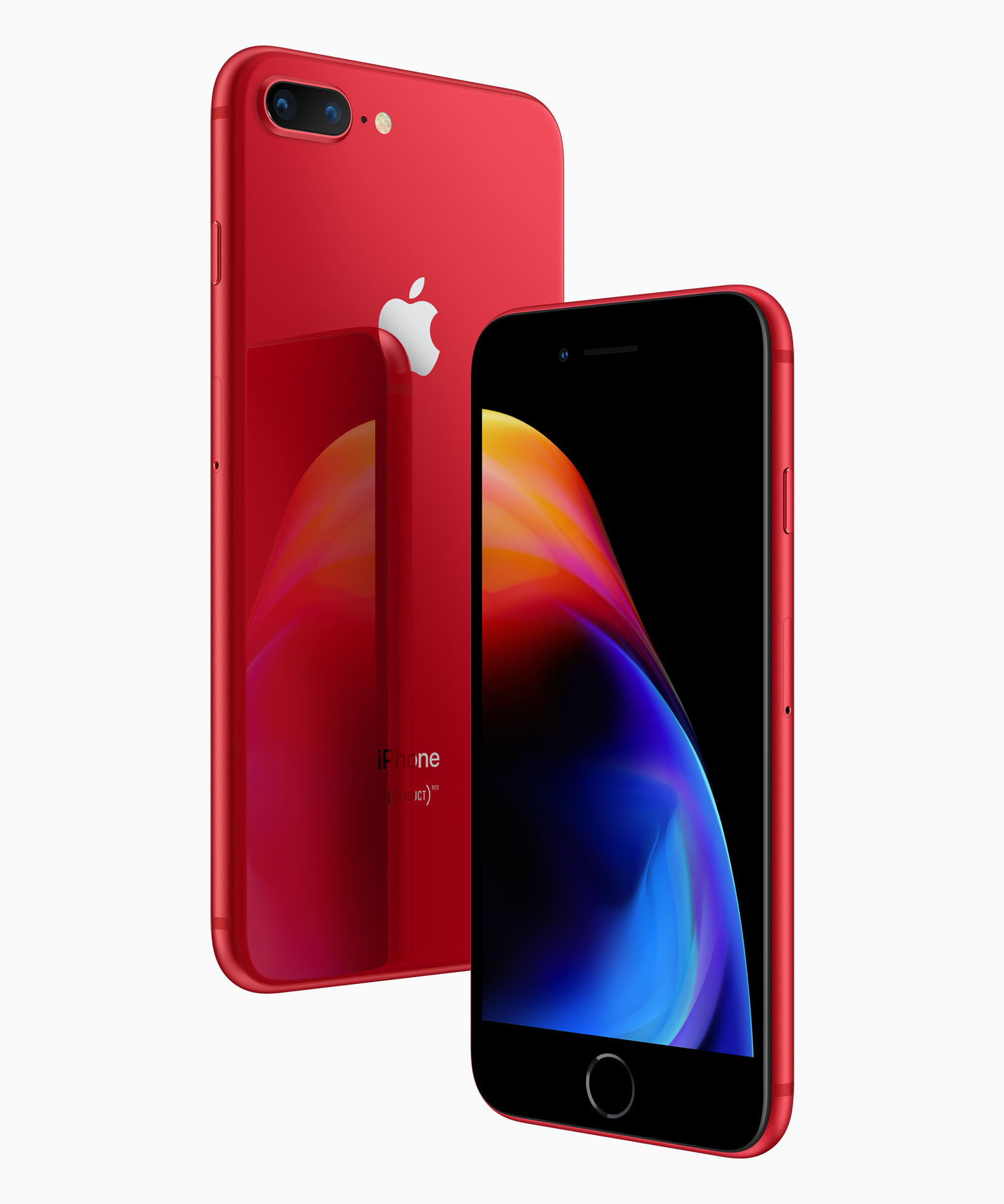 The 8 Plus doesn’t get Face ID, but it does get another of the iPhone X’s upgrades – and it’s something that, in a less exciting year, would have been heralded as a flagship feature:

The iPhone 8 Plus has the same glass-back design as the iPhone X, which means it’s compatible with wireless charging accessories: instead of having to plug it in, you just put the phone on a pad and let it charge.

Our understanding is that any charger that’s certified as Qi-compatible will work with the new generation of iPhones. While Apple also planned to release its own AirPower charging pad range, it has disappeared into thin air.

That will have to wait until 2018, so in the meantime we tested the 8 Plus with the Aircharge Executive Wireless Charger, a charging pad which is rated at a fairly typical 7.5W.

We noticed firstly that charging doesn’t quite have the ‘zero centimetres’ range that some literalists complained about (“it’s not really wireless!”) – unexpectedly, the charging icon appeared when the phone was still hovering 5mm above the pad.

Of course, this makes no difference in practice, and is only a point of interest, but hints at future developments which will one day extend this range to a couple of feet, and charge your phone when it’s still in your pocket.

Wireless charging, inevitably, is slower than using a wire, albeit not egregiously so.

We set the phone to 50% battery capacity and found that after 30 minutes of wireless charging (at 5W) it had risen to 63%, less than half of one percent per minute. Resetting to 50% and plugging into the lower-powered, 5W wired plug charger that is bundled with the phone, we reached 68% after 30 minutes; and using a 12W plug charger (the one you’d get with an iPad) we went from 50% to 77% in half an hour.

The phone was warm after half an hour of wireless charging, but nothing that we’d worry about.

An update within iOS 11.2 will allow the iPhone to wirelessly charge at 7.5W rather than the current 5W.

The 8 Plus is an impressively specced phablet, as we’ll see in a moment, but we wanted to see how well it would perform in practice.

The iPhone 8 and 8 Plus were streets ahead of their rivals in Geekbench’s CPU test.

We tested out the 8 Plus’s graphics capabilities in GFXBench, using both the GL version of the app (for ease of comparison with non-Apple devices) and the Metal version, which allows iPhones and iPads to properly demonstrate their power.

In GFXBench GL, somewhat predictably, the 8 Plus scored the capped maximum of 60fps in the T-Rex components of the test, just as all the rivals listed above did. It had more opportunity to show off in the Manhattan section, where its score of 57fps was higher than any non-Apple rival. (The most demanding Manhattan 3.1 section isn’t available in the iOS version of the app, unfortunately.)

In GFXBench Metal, however, the phone stretched its wings and turned in some exceptional figures. It averaged 115fps in T-Rex, 62fps in Manhattan and 43fps in Manhattan 3.1. This will be a fine games machine, easily capable of handling the most graphically demanding offerings on the App Store.

We put the iPhone 8 Plus through the JetStream JavaScript testing suite, and only the iPhone 8 could come anywhere close to it – in fact beating its larger cousin by a small margin.

The 8 Plus has largely the same camera setup as the 7 Plus, with 12Mp twin lenses (wide angle and telephoto) on the rear and a single 7Mp lens on the front.

In our tests it performed well, capturing good detail and colour, although in lower-light conditions we sometimes detected the same mild impressionistic smearing effect observed with the 7 Plus – a vague painterly muddying of detail when zoomed in closely.

Here’s how it coped with our standard St Pancras test shot: 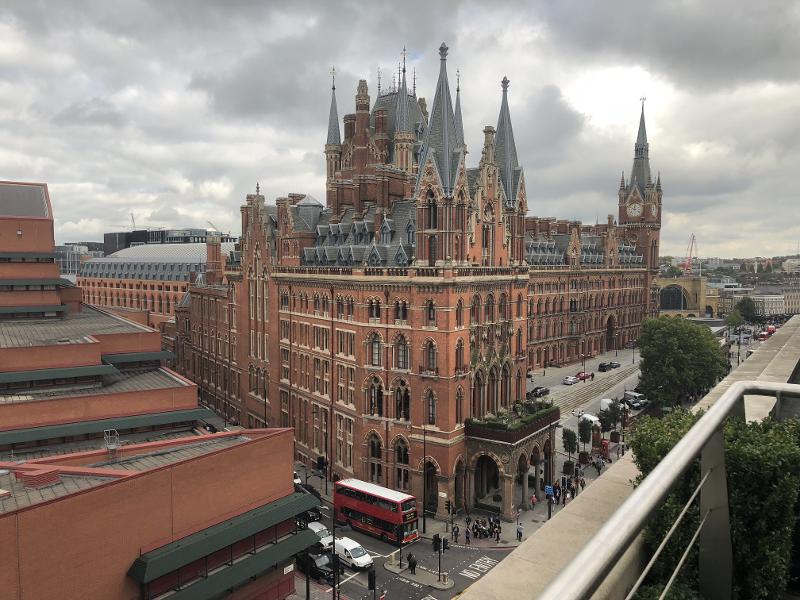 The single biggest change to the photographic setup is the addition of a new, theoretically beta, software feature for the dual camera that adds new lighting effects to Portrait Mode. Line up a shot in Portrait Mode and you’ll now see you can swipe between five effects: the standard Natural Light, Studio Light, Contour Light, Stage Light and Stage Light Mono. 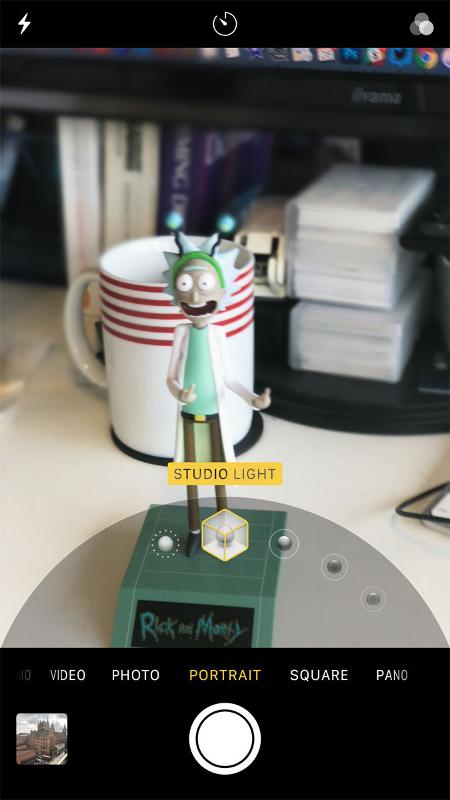 However, these effects can also be added afterwards, by tapping Edit when browsing photos that have the Portrait label at the top left.

We’ll look at each of the modes in turn, but first of all here is the original, standard Portrait Mode version of the shot. 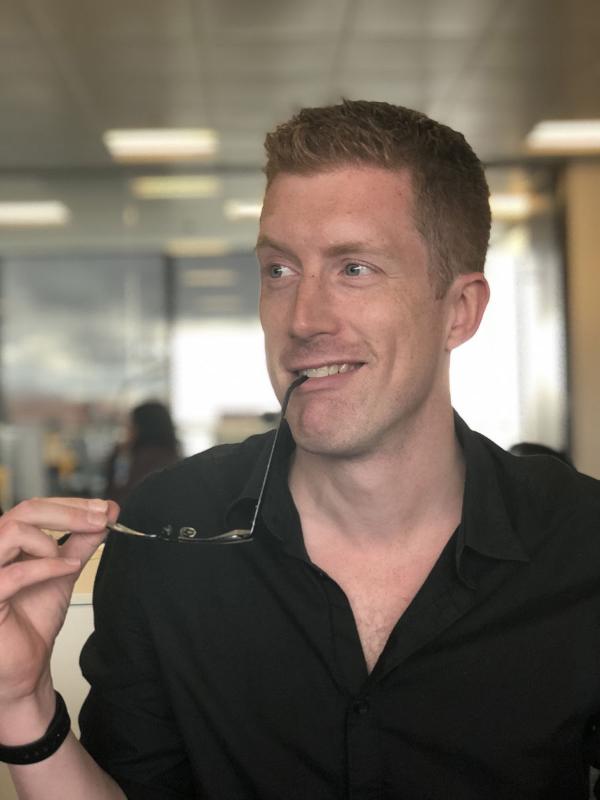 Brightens up the shot in a natural-looking way. This tends to produce the nicest portraits, although occasionally you’ll prefer… 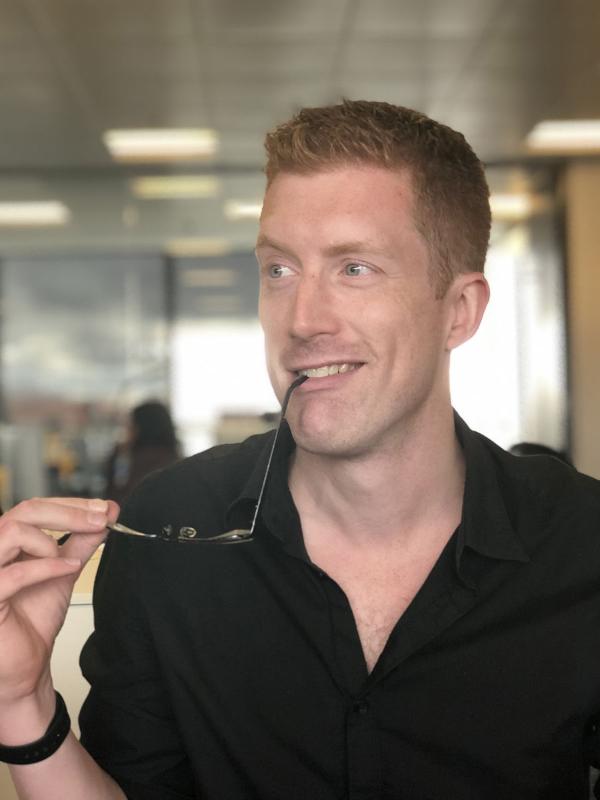 Adds more shade. On some people/shots it looks very smart, but can frequently make it look like you’ve got a five o’clock shadow or even a dirty face. 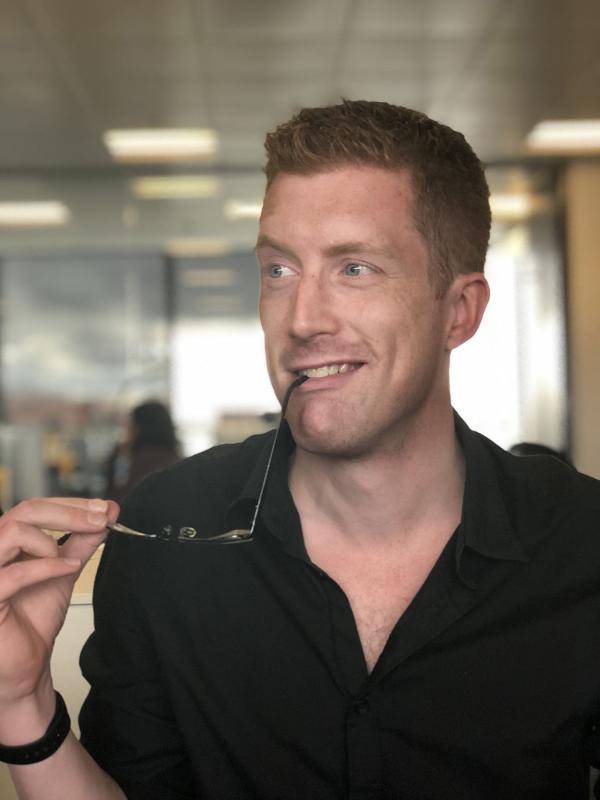 Incidentally, on one test subject Contour Light made his beard darker, which is flattering but obviously in no way realistic. (On the left is the non-Portrait Mode version without any bokeh effect at all.) 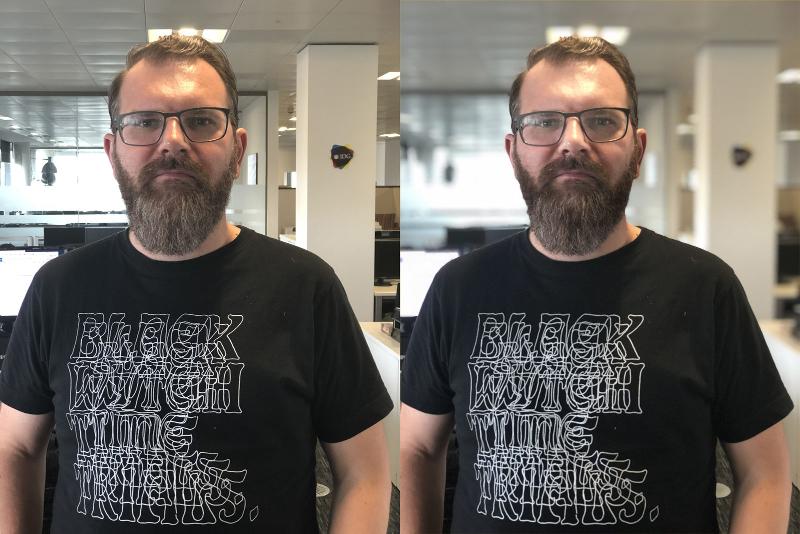 Keeps the subject of the shot lit up, but puts the background in darkness, as if you’re on a theatre stage. Seems to be the most easily tricked of the modes, sometimes missing bits that should have been blacked out or clipping off parts of people’s faces. 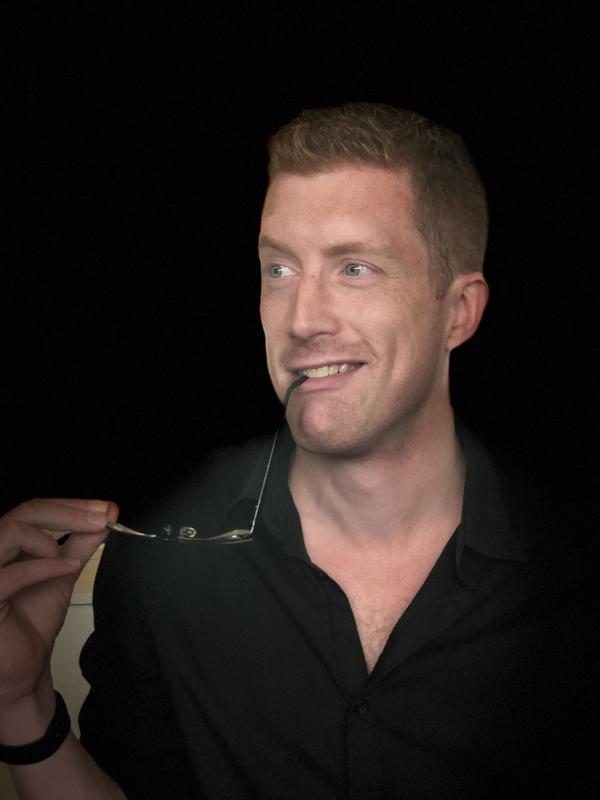 Same as the above but switches to black-and-white mode, which is quite good at hiding photographic sins. Can look rather arty, albeit in an obvious and perhaps cliched way. Popular among drunk people, in our experience, or rather sober people trying to make their drunk photos look less undignified. 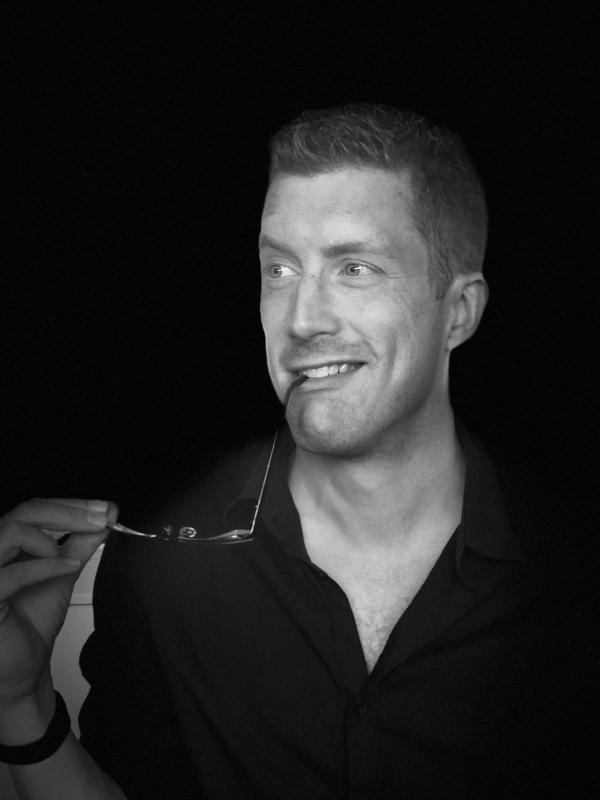 Let’s take a look at the tech specs inside that chassis. 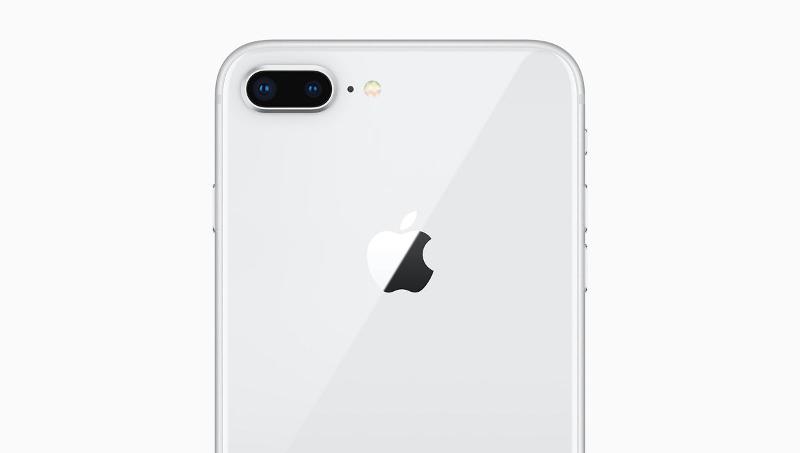 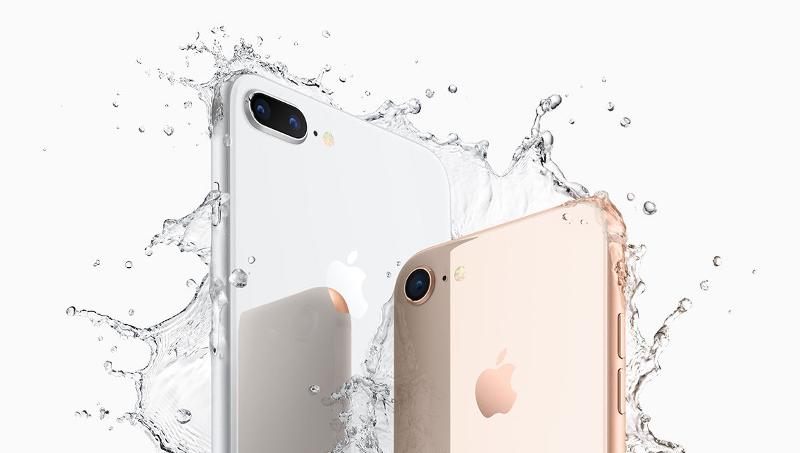