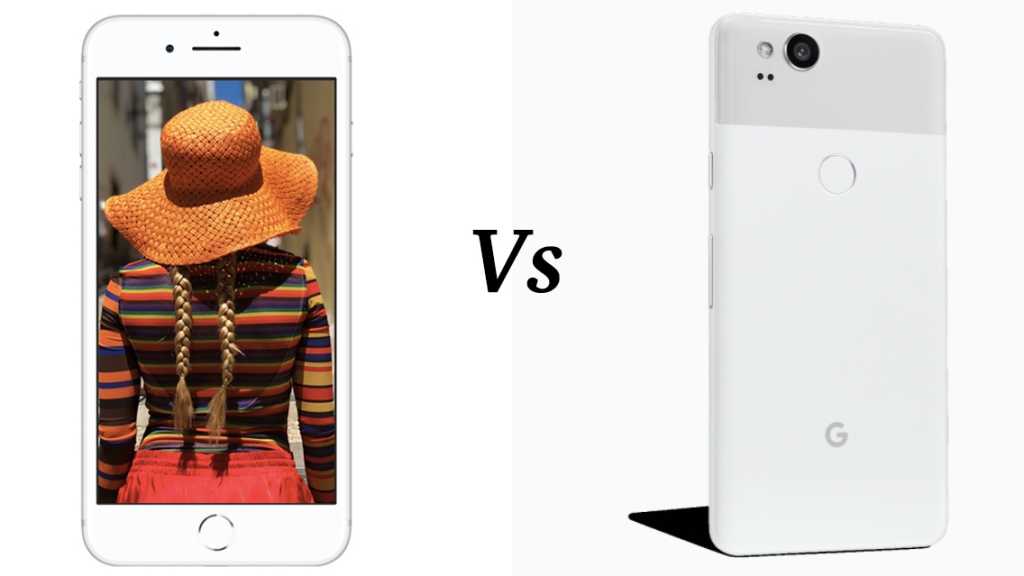 The iPhone 8 is the classic iterative update that Apple has been doing for many years. Everything is a little bit better than on the previous model, without any dramatic new innovations. Those, of course, were all saved for the iPhone X. If you want more of the same, then, moving to the iPhone 8 will feel familiar, fast, and possibly a little flat. With a case on – and you’ll want one when you consider the cost of the device – it looks just like an iPhone 7, albeit with snappier performance. The Pixel 2 seems a bit fresher. That’s not surprising when you consider that this is only the second generation of the line. The aesthetics are subtle and a touch more sci-fi than the iPhone, but as ever this will depend on your tastes. Both phones offer users a pure distillation of their creators’ vision of how a mobile device should work. The iPhone 8 is solid, reliable and has great cameras, and iOS 11 is the best version of the platform to date. On the other hand, the Pixel 2 is cool, intuitive to use, and with Google Assistant it has a voice interface that we find far more reliable than Siri. It’s great to see that Android and iOS are now pretty much on parity in terms of features and usability. This means that when it comes down to which is the best phone, the answer truly is dependent on whichever platform you prefer. Either way, you won’t be disappointed.

Apple and Google are behind the two most popular mobile operating systems in the world: iOS and Android. They also have their own hardware on which to showcase these digital realms. On the Apple side of the fence there’s the iPhone 8, which comes with the best iOS 11 has to offer (at least until the iPhone X arrives in November). While Google has just unveiled the Pixel 2, which is a pure slab of Android glory.

So, how do these dedicated handsets stand up to each other? We find out, in our iPhone 8 vs Pixel 2 comparison review.

Premium handsets are becoming expensive in 2017. Blame Brexit, unstable currency markets, or high percentage mark-ups, but the simple truth is if you want to get the latest and greatest… it’s going to cost you.

The iPhone 8 is available in two storage options: 64GB or 256GB. The former will set you back £699, while the more capacious model makes demands of £849 on your bank account.

Of course, there will be various deals available on most mobile carriers (for our advice on that score, see Best iPhone 8 deals), but be sure to do your sums before you sign up to a tariff, as the overall cost across a two-year contract could be a lot higher than you think.

The iPhone is available to order from Apple now, while the Pixel 2 can be pre-ordered from Google ahead of its 19 October release.

Apple stayed with a tried and tested formula when it came to the design of the iPhone 8. In almost every way it’s the same design as seen on the iPhone 7, 6s and 6. But in 2017 that’s not a particularly good thing. 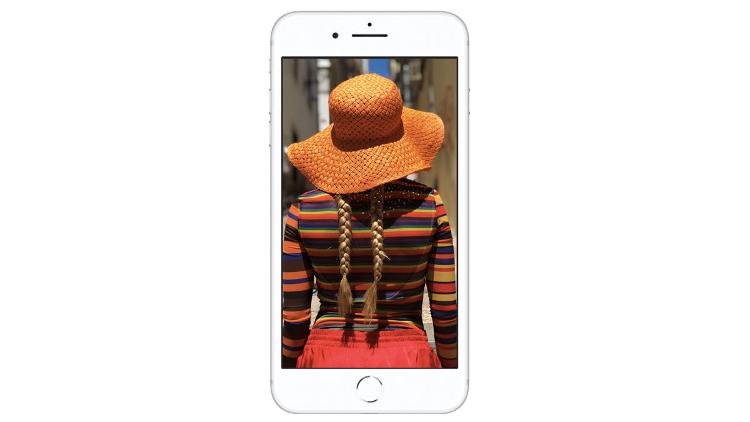 Next to many Android flagship phones, the front panel now looks boxy and old, with the bezels taking on gargantuan proportions when compared to the Samsung S8, Note 8, or even the iPhone X.

Google has let its rival off the hook here, though, as the new Pixel 2 doesn’t boast an edge-to-edge display either. The reasons are a little more palatable, as either end of the 5-in display is adorned with front facing speakers. 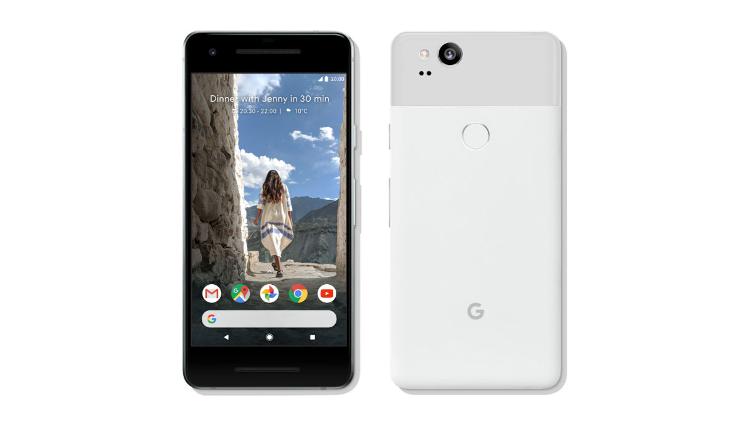 There’s no Home button/fingerprint sensor arrangement occupying the lower portion of the Pixel 2; instead, Google has placed it on the back, just as it did on the previous model. It’s also retained the distinctive upper-third glass panel on the rear, which gives the Pixel a thoroughly modern aesthetic.

Turning the iPhone over does reveal one significant change, and that’s a glass rather than aluminium construction. The reason this is important is that it allows the iPhone 8 to add wireless charging capabilities. 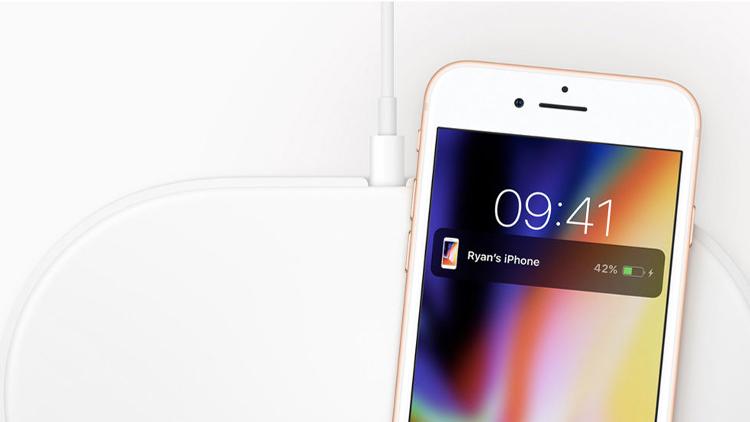 Perplexingly, Google opted not to include this pretty much standard feature on its Pixel 2, opting instead for fast charging. The iPhone 8 can match this, but not out of the box, as Apple doesn’t include a fast charger with the handset. Apparently, spending the best part of £700 on a phone doesn’t warrant being able to get it up to full power in a hurry.

Something else not included with either device is a 3.5mm headphone jack, although both include adapters. Yippee.

Apple offers the iPhone 8 in four colours: Space Grey, Silver, Gold and Red while the Pixel 2 is available in Just Black, Clearly White, and Kinda Blue. 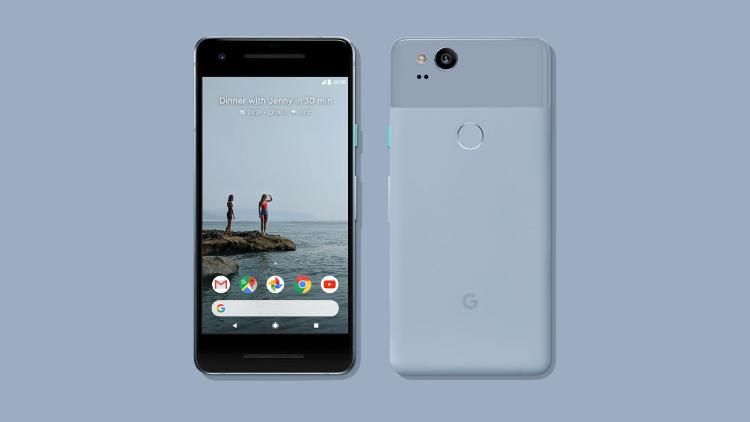 These are both premium products, and built accordingly, but we have to say that the glass/aluminium design of the Pixel 2 does look more fun.

The 4.7in panel on the iPhone 8 has seen a few upgrades since last year. Now, it comes with a TrueTone, wide colour display. The resolution remains 1334 x 750, giving it a ppi of 326, but it’s as sharp and detailed as ever.

Google includes a full HD, AMOLED display on the Pixel 2, with a much higher 440 ppi. On paper the Pixel should look far superior to the iPhone, due to the blacker blacks and more vibrant colours, but until we’ve had the two side by side in our labs for a thorough review we’ll reserve judgement.

All of the 2017 iPhones come with the new A11 Bionic chip, which impressed our reviewer Lewis Painter so much that he wrote: “When translated to real-life usage, the iPhone 8’s A11 Bionic chipset is possibly the most powerful mobile chipset currently available on a smartphone” in his review. 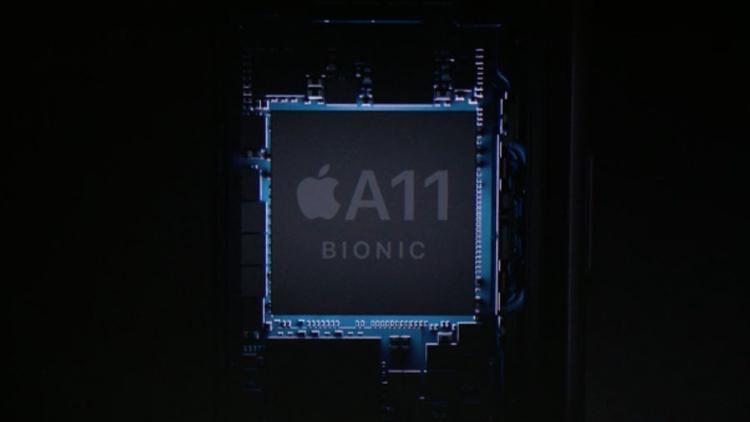 This powerful engine is backed by 2GB of RAM, and either 64GB or 256GB of storage. As usual, there’s no way to expand this, so be sure to buy what you need.

With the Pixel 2 arriving late in the year, we had hoped that Google would have fitted the latest Snapdragon 836 processor. Unfortunately, delays with that particular technology mean that a Snapdragon 835 is at the core of the new phone.

This isn’t a bad thing as such, bearing in mind that it’s the current flagship offering, but it would have been nice to see the Pixel 2 fully loaded with the very latest hardware from the start.

As such, the device is snappy, no doubt aided by the 4GB of RAM. Plus, the 64GB and 128GB storage options are augmented by unlimited storage online for any photos taken on the device.

We’ll do more thorough benchmarks when our full review is finished, but at the moment is does seem that Apple’s A11 will be the one to beat.

Here’s a detailed breakdown of all the technical aspects of both handsets, so you can make your own comparisons.

One of the primary selling points of smartphones these days is the camera. iPhones have always been at the top, or certainly very near it, in this area, and the iPhone 8 continues this tradition.

The main optics feature a 12Mp f/1.8 lens, with optical image stabilisation. Which, incidentally, is the same on the Pixel 2.

Apple did add a better processor this time around, alongside a new colour filter, and the software implementation of Deep Image Compositing that should make edges in photographs even smoother. 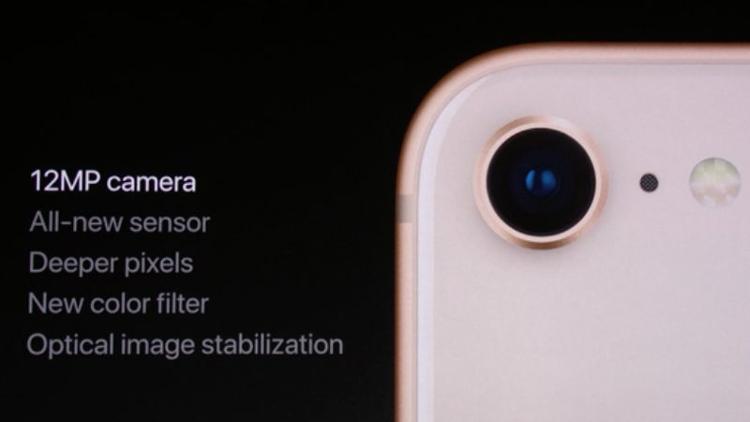 The main shooter can capture 4K video up to 60fps, which is very impressive. It also offers Slo-Mo video at 1080p at 240fp, so there’s plenty to get excited about in the cameras.

Google has a few tricks up its own sleeves, though, with the main unit on the Pixel 2 using something called Dual Pixels. This doubles up the amount of data that is recorded when a photo is taken, giving the processor a chance to flex its muscles.

The results are portrait modes where the background can be defocused, Live-style images that look for the best start and end points so that it can create a seamless GIF, and generally just great-looking images. Again, early days. But initial tests indicate that this camera will certainly give the iPhone 8 a run for its money. 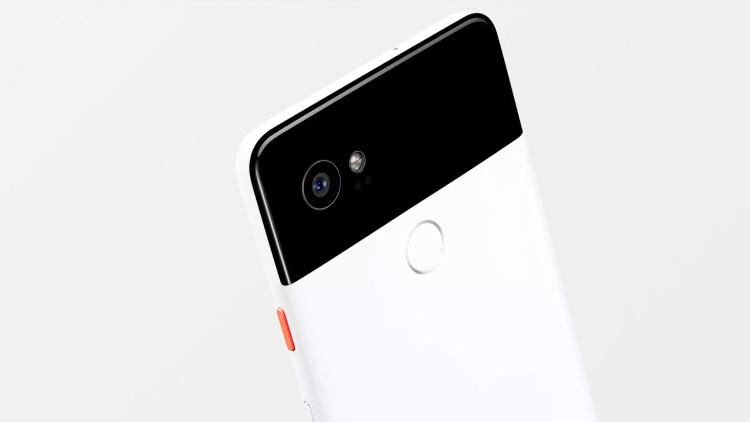 It can’t quite match the 4K performance of Apple’s handset, though, as the Pixel 2 tops out at 30fps rather than 60. 1080p Slo-Mo is also a little lower at 120fps. So the video crown, at least at the high end, will remain with the iPhone.

The selfie cameras on both units are perfectly fine, with Apple opting for a 7Mp version, while Google creeps past with an 8Mp alternative. Either will get the job done for even the most demanding social media feed.

One of the real advantages of both the iPhone 8 and Pixel 2 is that you get to use the operating systems exactly as the designers intended.

iOS 11 features a streamlined Control Panel, updates to iMessage which include being able to send contacts money via a version of Apple Pay, a new App Store, and several other refinements to the general user interface.

For a full breakdown of all the advancements, check out our iOS 11 review.

Android has been making vast improvements over the past few years, and with version 8.0 (also known as Oreo) the platform is a beautiful, well thought-out affair.

Google Assistant brings a Siri-esque voice interface, that dare we say is actually better than the Apple implementation. You can even trigger the Assistant by squeezing the phone, which is pretty cool.

Google Lens is another interesting feature, where you point the camera at an object, say a book, and the Assistant will search the web to find similar items.

In years gone by, iOS was a clear winner when it came to software. There’s no doubt that iOS 11 is a very polished upgrade to the platform, but with Android now so elegant, it seems that the only thing to choose between them is pretty much which one you enjoy using the most.