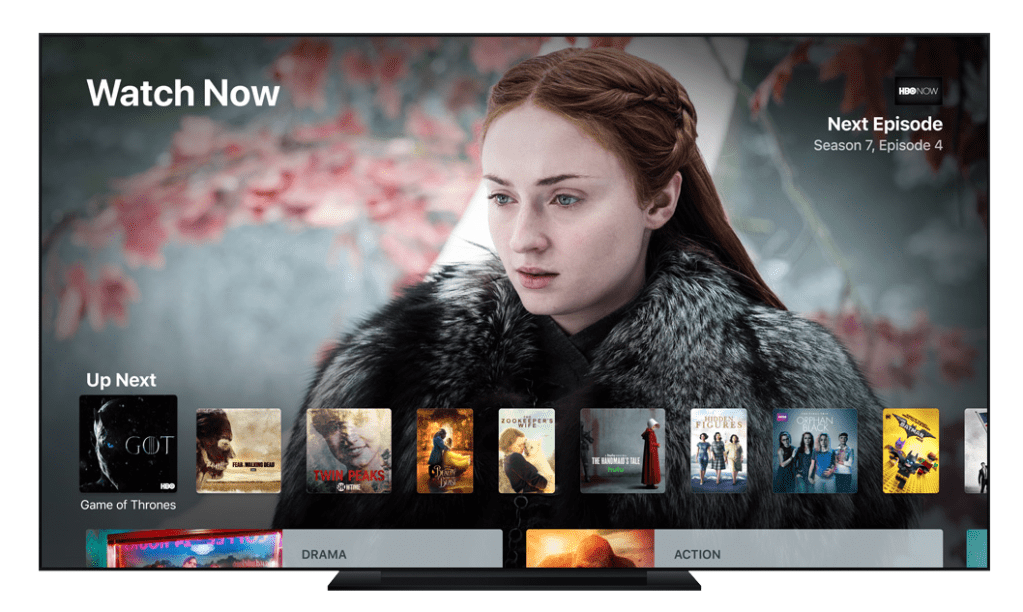 Essentially, we feel like tvOS 11 has been neglected by Apple. iOS 11 introduced amazing new features like drag-and-drop and an all-new customisable Control Centre for iPhone and iPad, features that’ll be used every day by a large portion of users. tvOS 11, on the other hand, doesn’t really offer anything like that. If anything, tvOS 11 is a ‘common sense’ update for Apple, addressing many of the issues with tvOS 10 without really introducing anything new. Even the TV app isn’t new for users in the US. Don’t misunderstand us: it’s a welcome update that’ll make life easy for a portion of Apple TV users, but it doesn’t exactly reinvent the TV-watching experience.

Apple took to the stage at WWDC 2017 to reveal a slew of software and hardware updates including a new 10.5in iPad, iOS 11 and tvOS 11. Fast forward to September 2017 and tvOS 11 is now available to download on the fourth- and fifth-generation Apple TV, but while iOS 11 introduced a range of new features, tvOS 11 seems to have been somewhat neglected. Carry on reading to find out why.

(For information about the next major update, take a look at our tvOS 12 rumour roundup.)

At a glance, you may not see exactly what’s new in the tvOS 11 interface – that’s because, essentially, not much has changed. There are a handful of new features that may make the day-to-day use of the Apple TV a little easier though.

Apple first introduced Dark Mode with tvOS 10 in September 2016. The feature adjusts the appearance of backgrounds and menus throughout the tvOS interface to make the display a little easier on your eyes at night. It was a welcome addition for many that prefer a darker background for their home theatre environment, or simply for those sick and tired of being blinded by the white UI after a late-night Netflix binge.

The issue was that it had to be activated manually. This was done in one of two ways: by toggling it on and off in the Settings menu, or by asking Siri to turn it on and off. It’s not exactly a laborious task, but considering Nightshift on iOS and Mac can automatically turn itself on and off depending on sunrise and sunset, why couldn’t the Apple TV?

Thankfully, that feature has been added in tvOS 11. The optional feature allows the Apple TV to automatically switch between the light and dark interfaces depending on the time of day, providing the most comfortable UI based on local light levels. The feature even takes the changing sunrise and sunset times throughout the year based on your location.

It’s the best of both worlds, especially for those of us that can appreciate the benefits of having a dark UI while still appreciating the clean look of the standard UI.

Okay, admittedly this won’t improve the lives of many Apple TV owners, but it’ll benefit those who use multiple Apple TVs and those looking to upgrade to the new Apple TV 4K. Why? tvOS 11 introduces Home Screen Sync, a new feature that syncs your apps and home screen layout across any Apple TV running tvOS 11 connected to your iCloud account.

It makes the setup of a new Apple TV a breeze if you’ve already got an existing fourth-gen Apple TV, as you’ll only need to log into iCloud and sit back while your data is downloaded from the cloud. Again, it’s not a feature that many will appreciate, but for the few that it does benefit, it makes Apple TV management a little easier. 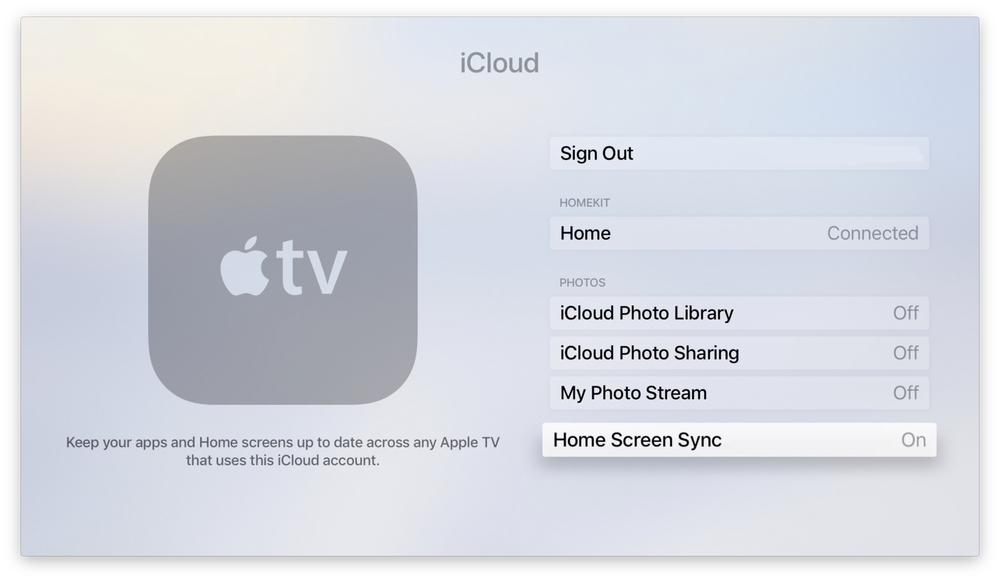 Along with adjustments to the user interface and Home screen, there are a handful of new features in tvOS 11 – although one may already be familiar to US users.

The promise of Apple’s wireless earphones, Airpods, was that they could connect to any Apple device connected to your Apple ID. That was true for the most part – it would connect to any iPad, iPhone or Mac, but not the Apple TV. It makes late-night viewing much easier as the audio output will come through only the AirPods, not disturbing anyone sleeping nearby.

It’s a small update that brings a nice quality of life improvement to those who have had to manually pair the earphones up until now.

The TV app is a new addition to tvOS 11 – or at least it will be once it’s released. Apple has promised that will be before the end of 2017 for Apple TV owners in the UK, Canada, Australia, Germany, France, Norway and Sweden, following nine months of exclusivity in the US.

The app allows you to browse content from a number of sources without having to switch apps. It includes services like HBO Now, CBS and Hulu in the US, although there will be UK-focused sources available on the app at launch. While the full list is yet to be confirmed, Apple teased that My5 will be a part of the catalogue.

What isn’t clear is if it’ll be joined by the likes of BBC iPlayer, All 4, UKTV Play and ITV Hub – all vital sources for success in the UK. Netflix isn’t a part of the catalogue, and it’s yet to be seen whether Amazon’s video library will be available to browse when the app drops later this year. 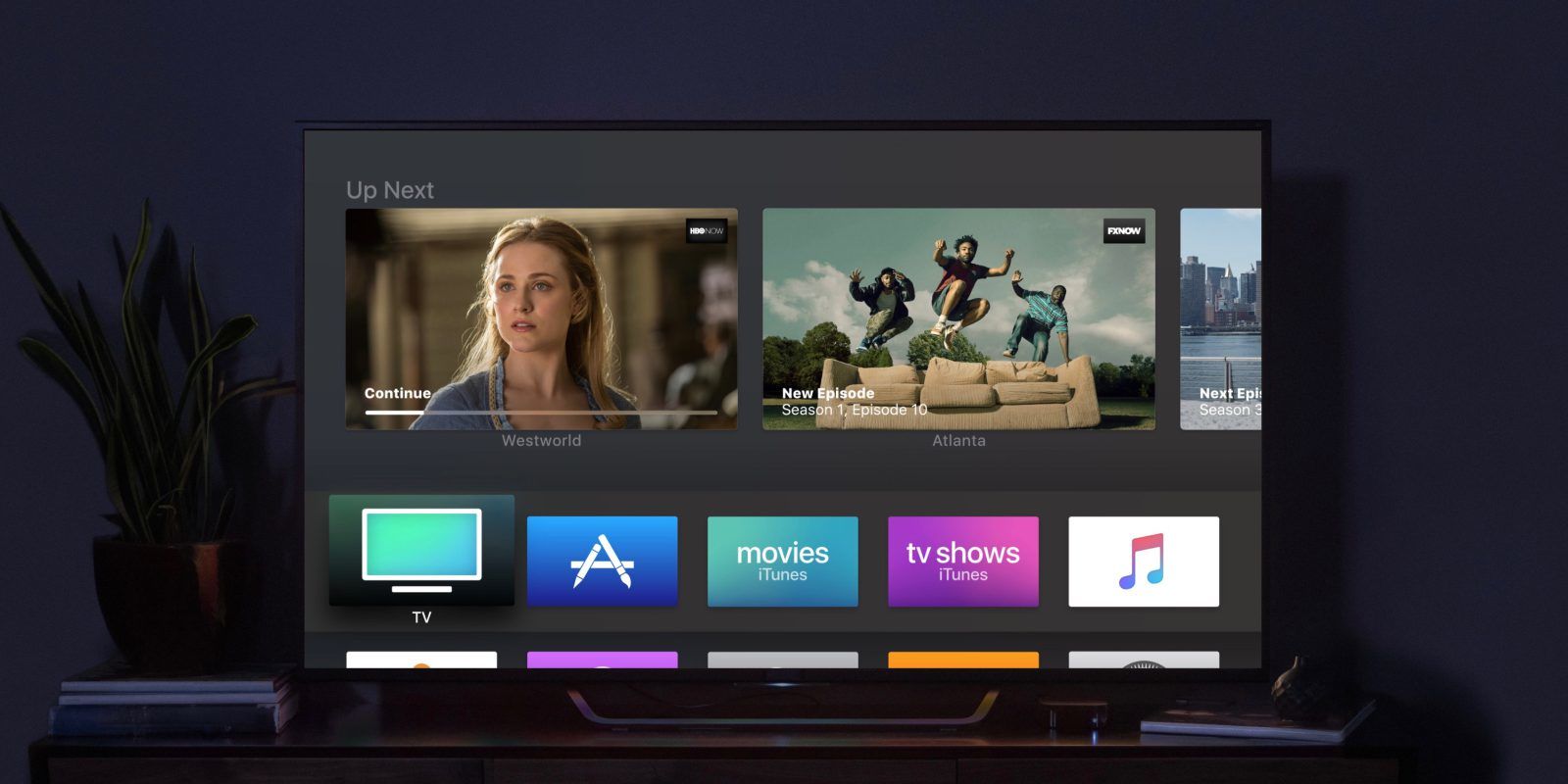 We’re yet to use it ourselves, but our colleagues at Macworld US provides a more detailed look at what the TV app offers.

That’s not all that’s new, as US users will also gain access to live sports via the TV app later this year. No word has been given on when this is likely to roll out outside the US, however.

And finally, the Apple TV is set to get access to Amazon Prime Video after lagging behind many competitors for years. It’s not available at launch but Apple has promised that like the TV app, it’ll be available to download before the end of 2017.

It’s a welcome addition for all Apple TV owners, but especially those who own the new Apple TV 4K as it’ll provide another source of 4K content beside the likes of iTunes and Netflix.

So, which devices can get access to tvOS 11? It’s a relatively short list this time around as, unsurprisingly, Apple hasn’t added tvOS support to older devices (and has no intention of doing so):