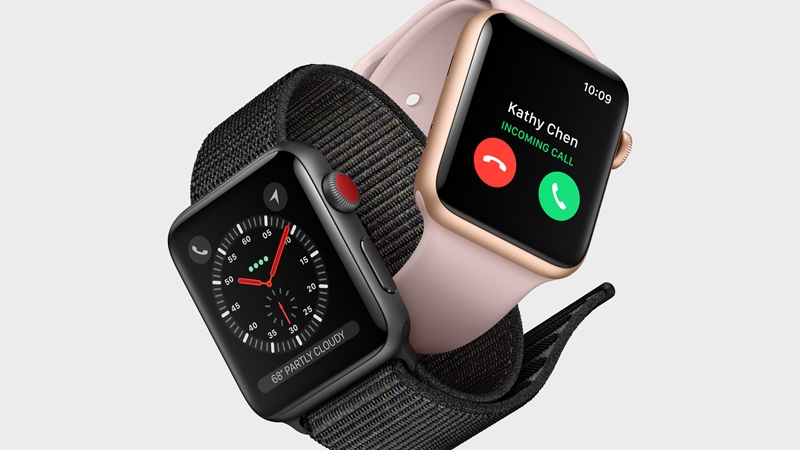 In a few generations it may seem strange that smartwatches used to be little more than glorified accessories for smartphones, and the Series 3 is clearly a step towards the product’s future as an independent device. In the short term, and bearing in mind the battery drain, extra cost and hassle of setting up a contract, we’d probably encourage friends and family to pick the non-cellular model. If you’re desperate to keep in touch while out running with your watch and no iPhone, however, then go for cellular, and good luck to you.

The Apple Watch Series 3 has hit the streets, but one question remains: is LTE cellular a good idea? The Series 3 is available with cellular or without, so in this article we compare the features and pricing of the two options to help you make the right buying decision for you.

If you reach a decision after reading this, you can buy from Apple or (on contract) from EE.

Visually there’s almost nothing between the cellular and non-cellular versions of the Apple Watch Series 3 – the only giveaway is the bright red spot on the Digital Crown, which only appears on the cellular model. We don’t particularly like this (it’s brighter and cheaper-looking in person than it seemed in the publicity shots), but it’s very much a matter of taste. 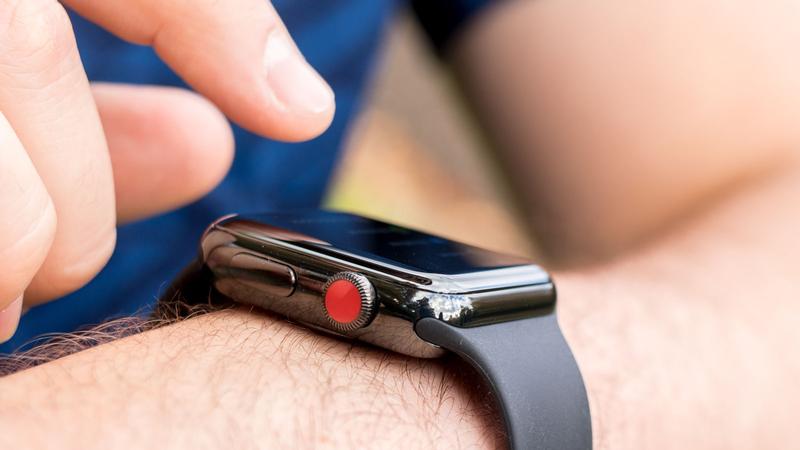 You also get a far smaller range of colours, materials and straps if you go for the non-cellular option, as you’ll see in the pricing table at the end of this article. The top-end ceramic Edition models are cellular-only, as are all of the Hermès bundles; even the stainless steel models have to come in the cellular version if you buy from Apple.

If you buy a non-cellular Series 3 from Apple, you’re stuck with the aluminium body in either silver, gold or Space Grey, and either a Sport Band (in grey, black, Fog or Pink Sand colour options) or a Nike Sport Band. (Of course, you can buy a different strap in the appropriate size separately and add it to your watch later.)

Obviously the main difference is the presence, or absence, of the headline feature: cellular connectivity. This means that the watch can connect to the internet even if its companion iPhone is out of Bluetooth range, so you can pick up emails and iMessages (but not texts), answer calls and check Maps and the Weather app, and even stream songs through Apple Music, all while out for a run.

A built-in LTE and UMTS radio switches automatically to cellular when you’re away from the companion iPhone, and knows to direct calls to your watch instead of your phone when appropriate. The phone number is the same across both devices.

It’s a cool feature, and those who need to keep in touch at all times will benefit – but it has downsides, such as reduced battery life (of which more in a moment), initial cost, the hassle and ongoing cost of a contract (in the UK you’ll need to set up a contract with EE to get data on your watch). You have to think about how often you’ll use it, how important it is that you’ll be able to do so, and how much it will cost you.

Ultimately the decision is yours, but we suspect that for many people cellular will be an extravagance that doesn’t make sense in the short term. In the long term, however, for the product line, this is undoubtedly the right direction to go: like the wireless syncing/updating in iOS 5, the importance of which was probably underestimated at the time, this lays the foundations of independence – of cutting the cord from the parent device. 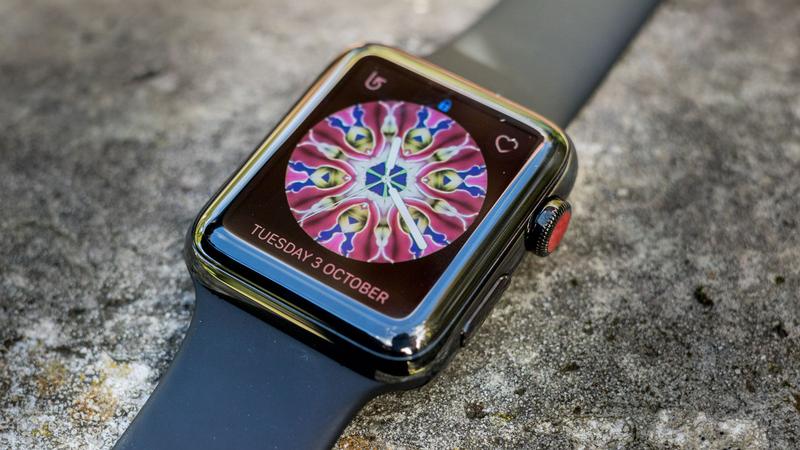 The biggest downside of cellular in our view is the loss of battery life.

This was one of the most significant improvements in the Apple Watch Series 2. Unlike the first-gen model, which was reliably good for a day’s use (except at first, when we went mad with app usage) but struggled badly if you missed a single night’s charge, the Series 2 happily ploughs through two days and two nights, and keeps on going until around lunchtime on the third day. This is fantastic.

The Series 3 starts from a similar starting point – early in our testing, in fact, we were excitably wondering if it might actually surpass the Series 2 – but battery power tails off alarmingly whenever you switch to a cellular connection.

Taking it out for a 30-minute run – using the Workout app and depending on its own cellular connection to pick up iMessages and check email during a mid-run break – caused a drop from mid-40s to high 20s. On another occasion we kept the Series 3 away from its iPhone for a morning, and in five hours it dropped 32 percentage points; as a control, the Series 2 fell just 19% in the same period.

Now, we must stress that we haven’t tested the battery life of a non-cellular Series 3. But the cellular version appears to have an excellent battery unit; it just struggles when placed under the strain of a cellular connection. It therefore follows that plumping for the non-cellular model will result in better battery performance.

In virtually every respect other than the cellular equipment, these two versions of the Series 3 have identical specs. The one other exception is storage: the cellular-equipped version has 16GB, while the GPS-only model offers 8GB.

They both get the new and improved S3 processor chip (which appears to have arrived at exactly the right time, given that the S2-equipped Series has slowed down slightly since installing watchOS 4), and the faster W3 wireless chip. And both models get the new barometric altimeter, which allows the watch to count steps climbed and elevation gained in workout reports. 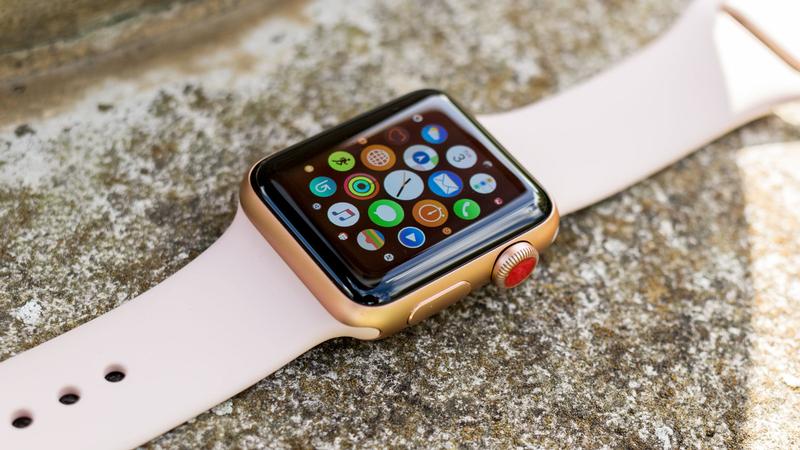 Prices & where to buy

Cellular capabilities cost you an extra £70/$70, where direct comparisons are possible. But as you’ll see from the pricing table below, going for cellular hugely expands your buying options – and your capacity to spend money.

Here’s the full range. Remember that you can browse all the options and buy on Apple’s website. Also note that all prices in GBP are the same in USD.