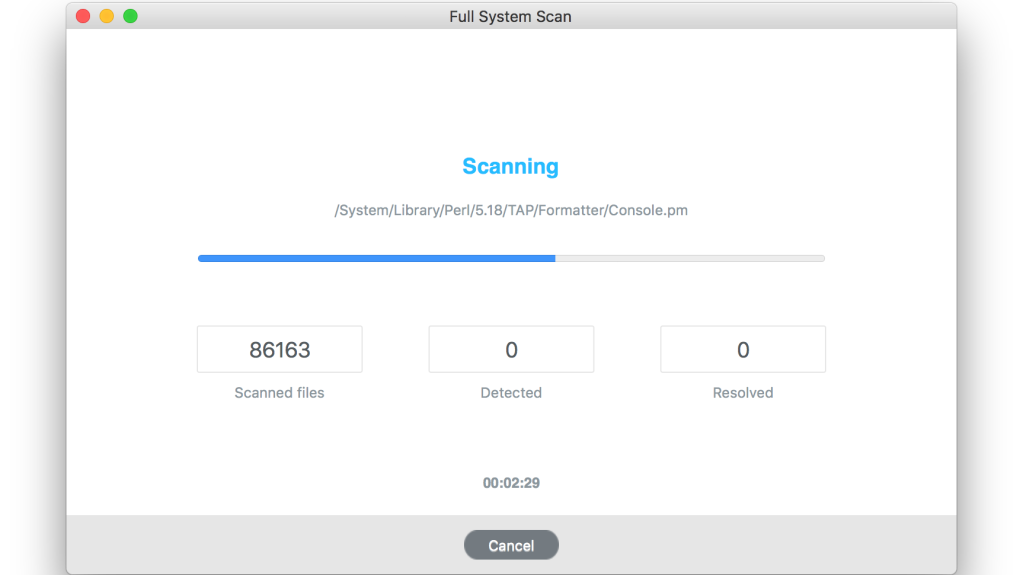 Summarising our findings with Bitdefender Antivirus for Mac leaves us in a quandary. On the one hand we like the app and its exemplary scanning speed. However, there’s no getting past the fact it missed three of our virus samples during the scan. The asking price is also on the high side compared to those reviewed here too.

Bitdefender’s Mac offering retails at £39.99/US$39.99 for a year’s subscription if you want just one Mac protecting, you’ll find special offers available if you are happy to commit to two or three years. You can sign up for Bitdefender here.

The folks at Bitdefender also offer a free virus app that can scan on demand. It’s available from the Mac App Store, and we recommend it for occasionally taking a look over your system if you think something untoward has occurred.

Back to Bitdefender Antivirus for Mac, though, which includes ransomware protection via the Safe Files feature. You even get a VPN thrown in too, and there’s a plugin for Safari to make for safe surfing and shopping experiences. 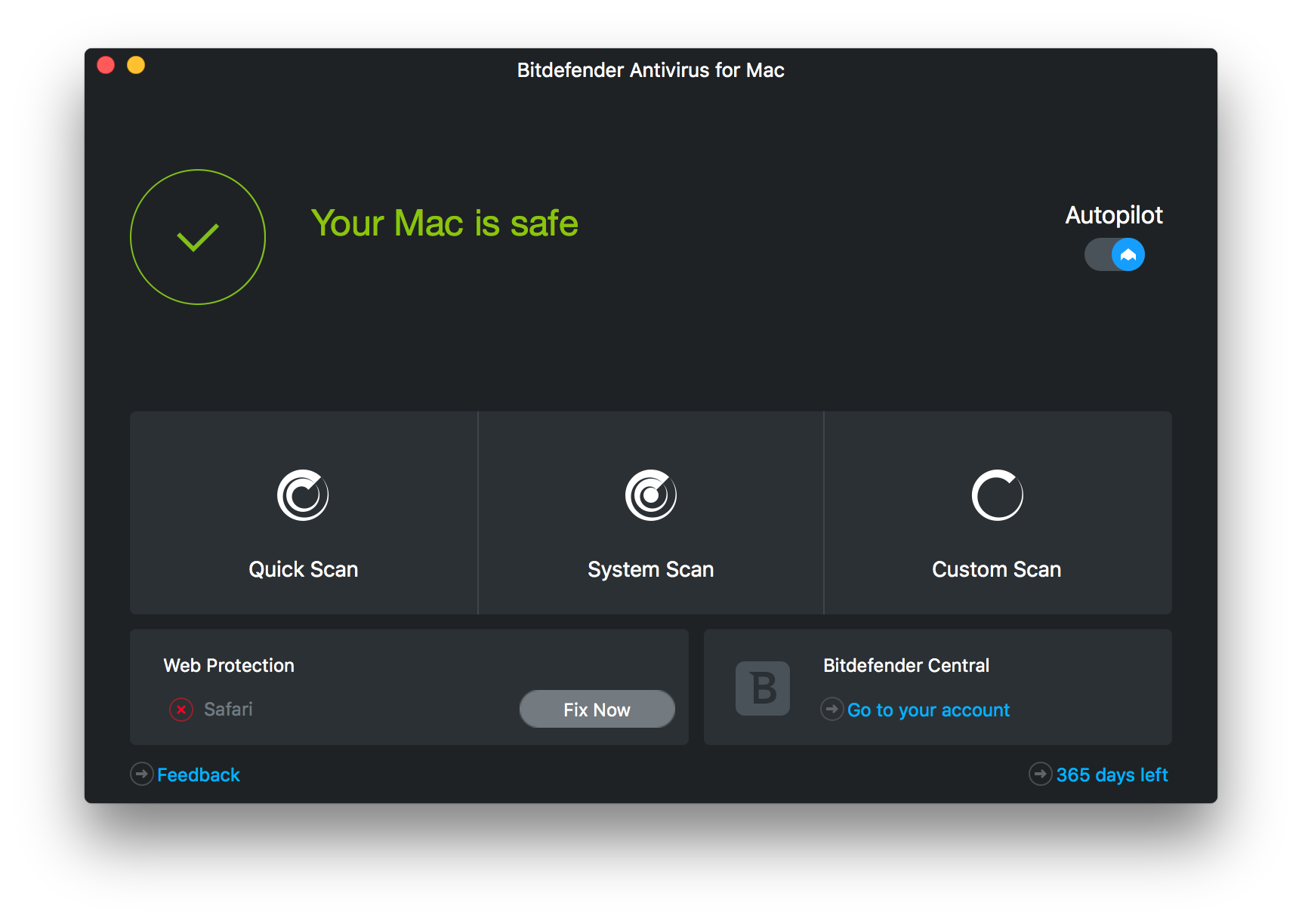 Installation went well and we were shown a diagram explaining how to enable the necessary virus scanning kernel module in System Preferences. We then clicked the prompt to restart the Mac but, rather stupidly, Bitdefender Antivirus for Mac itself blocked restart by running through its Safe Files setup routine, and also pointing out that we had Time Machine turned off on our Mac testbed. These are all good things but surely should’ve occurred after the reboot.

However, once rebooted we were raring to go. Noting there’s no way to manually cause Bitdefender Antivirus for Mac to update its definitions, we simply clicked the System Scan option, which appears to be Bitdefender’s equivalent of a full scan.

Within a few seconds of starting the scan Bitdefender Antivirus for Mac reported that it had already handled 10,000 files. In other words, this is a fast app and easily the fastest scanner we’ve tried. Some other apps here couldn’t even manage to scan 100 files within that same timeframe.

Because Bitdefender Antivirus for Mac is cloud-enabled, and we happened to be logged into the Bitdefender Central administrator’s website, we saw the warnings about viruses start to stack up even before the scan had finished.

However, the end result was odd and it took us a while to work out what had actually happened. In the actual app summary dialog box when the scan finished it was reported that three viruses had been found. Clicking to view the log showed that this referred to an email virus, which had been found and dealt with three times (something likely caused by the way email is stored on the disk, and therefore nothing to worry about). This email virus was left over from one of our earlier tests. However, no mention was made of the other viruses.

Checking the folder where we’d stored the malware we saw that BadBunny, Clapzok, FileCoder, Koobface, Macarena, Renepo and WeaponX had all been deleted. That’s seven in total. MineSteal and Inqtana evidently hadn’t been detected or deleted, and nor had XcodeGhost.

But why had the app only reported three at the end of its scan? It turned out as soon as we’d rebooted after installation, Bitdefender Antivirus for Mac had run a quick scan in the background. Here it had spotted and removed the malware mentioned above. It just hadn’t told us. Then during the scan it had spotted the malware contained in the email, which it did then tell us about.

It’s all a bit confusing but the fact remains that three of our malware samples had been missed via both the quick scan upon boot-up and our full scan.

Bitdefender refers to its always-on scanner as Autopilot. When we tested it by extracting the file samples from their password-protected archives, Bitdefender Antivirus for Mac again reproduced its earlier scan results, catching all but MineSteal and Inqtana. Opening the XcodeGhost DMG caused Bitdefender Antivirus for Mac to find the malware within after a few seconds and – unusually amongst the apps in our testing – it also unmounted the DMG file so it was no longer accessible.

There isn’t much else we can say about the Bitdefender Antivirus for Mac app because other than what we’ve covered, there isn’t a lot more functionality.

We prefer this fuss-free approach in an antivirus app although were also left wondering how to access the advertised VPN feature because we couldn’t find any mention of it in the app, or in the cloud admin webpage.

We also didn’t find a way to controlled scheduled scanning but we guess that’s the point – you’re supposed to just leave it all for the app to take care of.

Digging into the preferences dialog box within the app revealed a control to turn on and off protection for Time Machine backups, and also revealed access to the quarantine feature.

This is used if Bitdefender Antivirus for Mac isn’t sure whether a file is infected, or if it’s unable to remove the infection from a file. Within the preferences dialog box you can also find a detection log, and so we were able to confirm that Bitdefender Antivirus for Mac had indeed found and deleted the seven virus samples while scanning earlier.