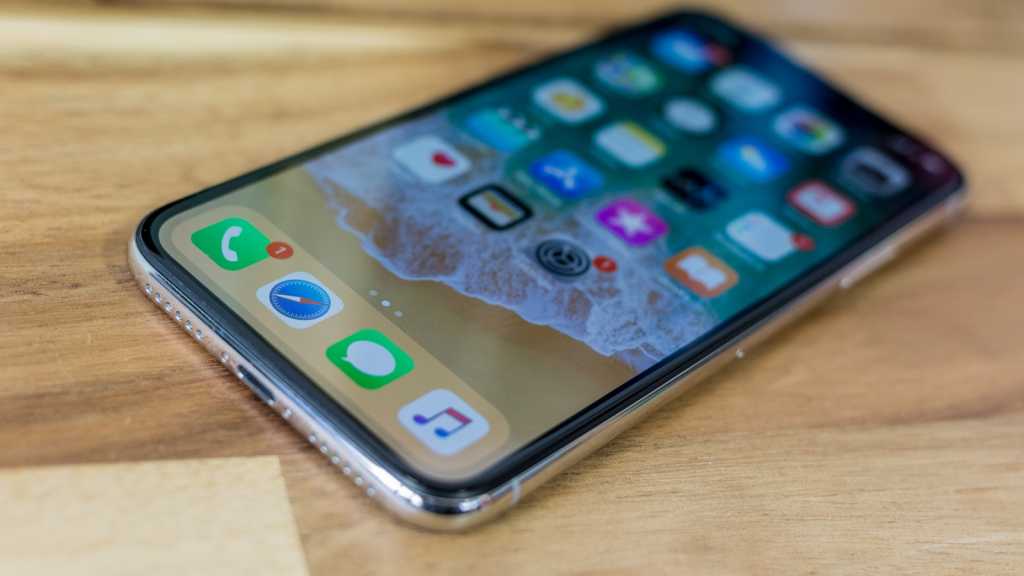 These are both stunning-looking and extremely high-specced flagship smartphones. Both get large 5.8in displays in almost all-screen bodies, although the S9’s is considerably sharper (whether you’ll be able to notice the difference is debatable; the X’s 458ppi is already very sharp indeed) and not marred by a notch, if that’s the sort of thing that bothers you. The X comes out ahead on photography because of its twin-lens camera and Portrait Mode on front and rear, although you could get two lenses on the S9 if you stretch to the Plus model; after all, the X is £260 more expensive at matching storage allocations. We know that the iPhone X offers exceptional performance, and assume that the S9 will do likewise, but can’t confirm this until we get some serious lab time with review samples.

On 25 Feb at MWC 2018, Samsung announced its latest flagship smartphone: the Galaxy S9. But how does this shape up against the iPhone X, the undisputed king of the Apple smartphone stable? In this article we compare the two devices for design, build quality, features, tech specs and pricing.

The S9 and its S9+ cousin sit at the top of Samsung’s slate of phones, and consequently have an attractive, modern and eye-catching design; the iPhone X, too, represents the most radical change to Apple’s phone design in years – perhaps ever.

The S9’s Infinity display is almost bezel-less, as is that of the iPhone X: the virtually all-screen phone is de rigueur for top-end devices right now, and these two flagships do not disappoint.

Looks are a subjective matter, so here are some photos of the two devices so you can make up your own mind which design you like best. 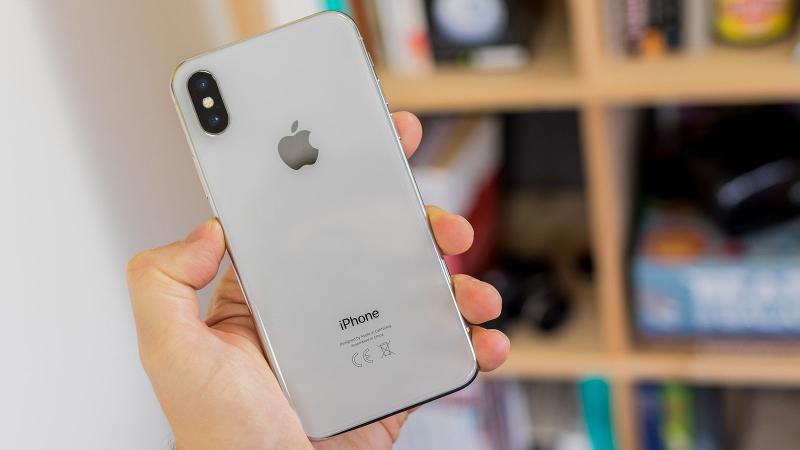 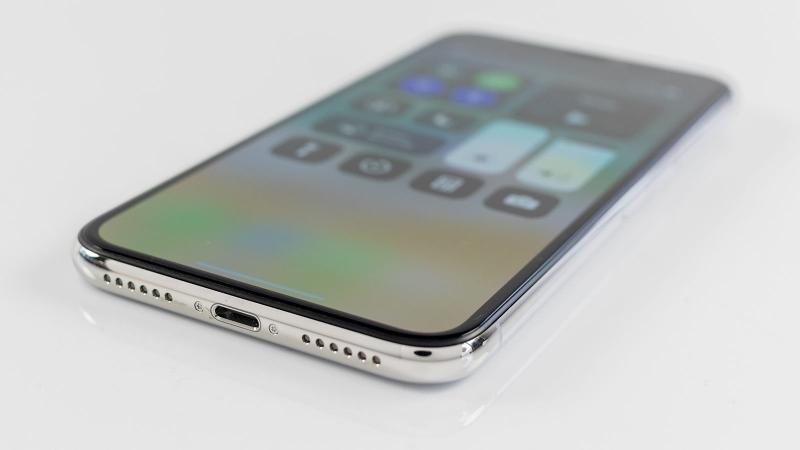 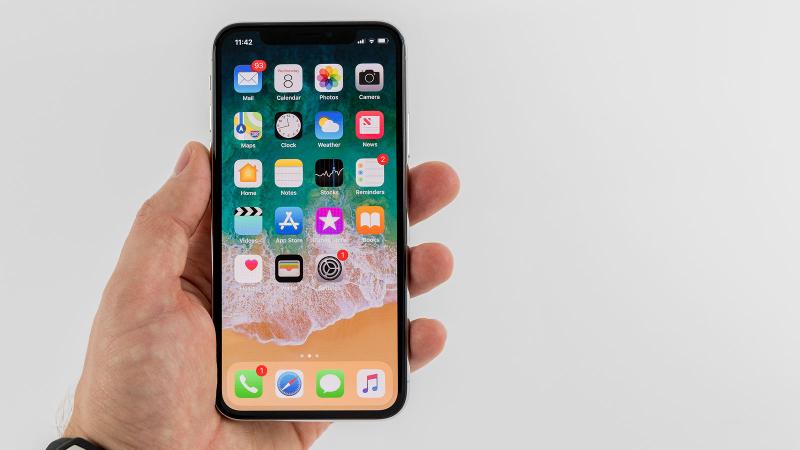 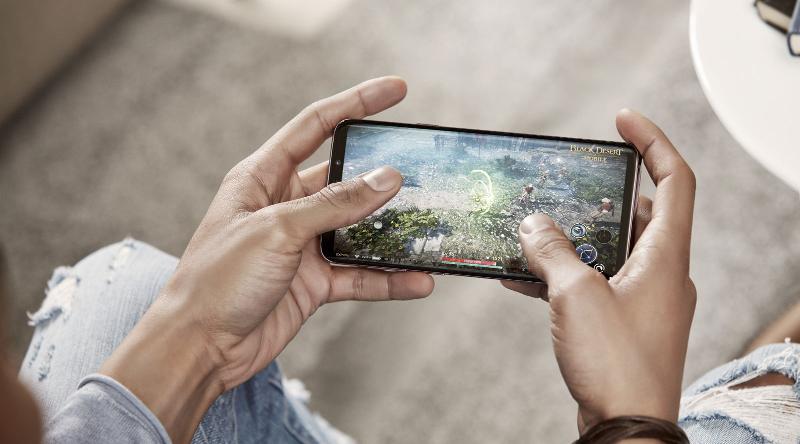 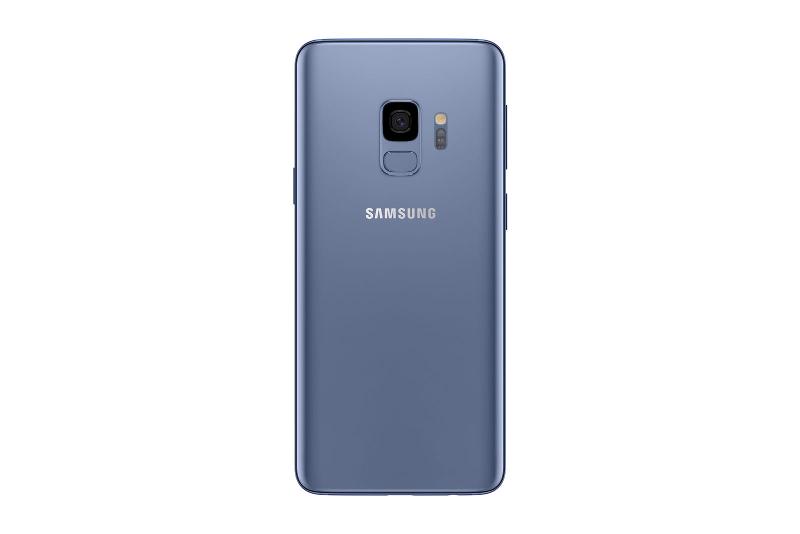 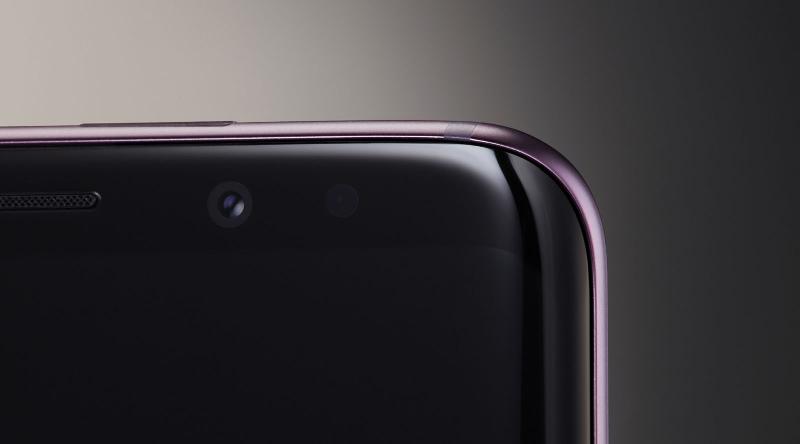 The iPhone X is available in just two colours: silver and Space Grey. The Galaxy S9 comes in Coral Blue, Lilac Purple and Midnight Black, and the Orchid Grey version is expected to launch at a later date. 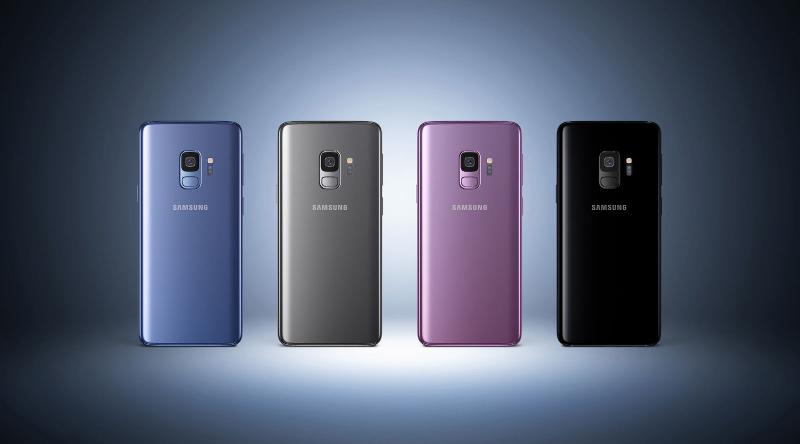 So much for what the phones look like. But what can they do? Here are the highlights of their feature sets.

The iPhone X hasn’t got a Home button, which is where Apple stores its fingerprint scanners. Rather than moving this to the rear of the device – as many Android devices do, including the S9 – or embedding it under the screen, the company simply got rid of it entirely. So biometric security is handled solely by Face ID facial recognition.

It’s asking a lot of people to give up Touch ID and depend completely on a new piece of tech for their device security. But testing and general use show that Face ID is reliable and extremely sophisticated: it can work in the dark, for instance, and copes pretty well with changes of clothes, facial hair etc. Have a look at How secure is Face ID? and Face ID vs Touch ID for more details. 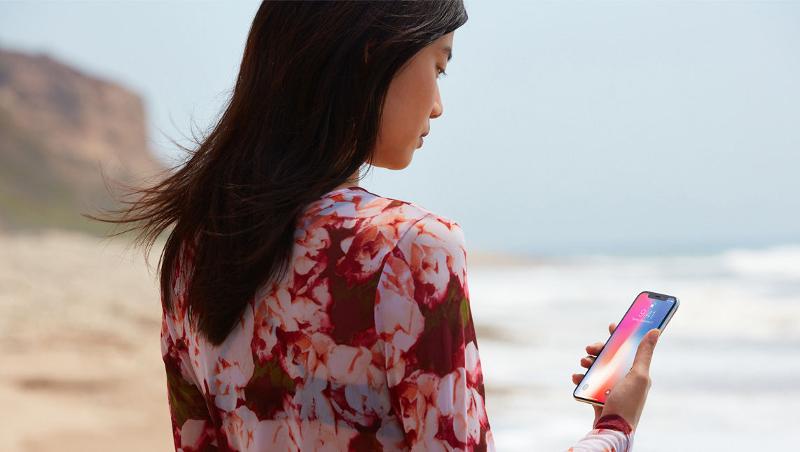 The S9’s facial recognition is less sophisticated than Face ID, but it does offer fingerprint scanning as a backup, which is a point in its favour. Mind you, we’re not overkeen on the rear placement of the scanner, which makes it trickier to use.

When the iPhone X was announced, Apple spent some time demonstrating a new feature called Animoji. It uses the sophisticated front-facing sensor array to match your facial movements to an animated emoji – an animal, robot, alien, smiling turd and so on. All very silly but fun.

Evidently, Samsung decided it needed to have something similar, and the S9 has a feature called AR emoji.

It’s a little different to Animoji, however, sharing only the general brief of ‘animated emoji’. These are emoji of human faces, and they’re specifically intended to be your face: you take a photo of yourself and the system generates an emoji version, plus various set-piece animations, messaging badges and so on. 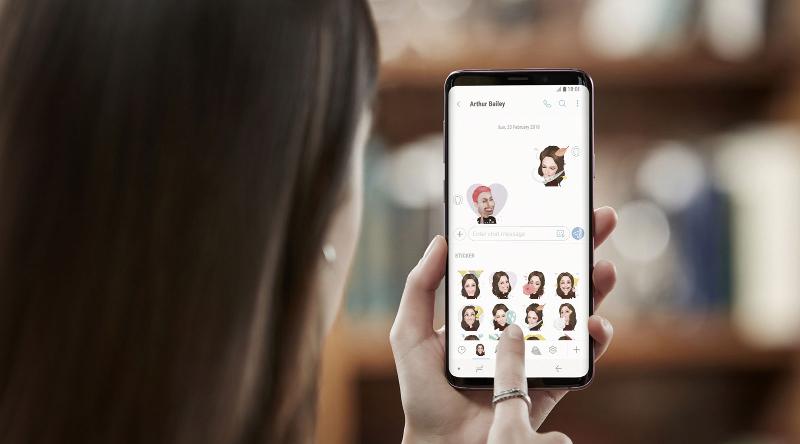 It’s altogether a lot less charming than Apple’s efforts, in our view, and we’re not alone: the general consensus is that they look a bit, well, creepy.

The iPhone X comes out ahead by virtue of its twin-lens rear-facing camera, which means it can offer Portrait Mode (creating lovely Bokeh effects) and Portrait Lighting (a feature in beta that applies some interesting but somewhat unreliable lighting filters). Uniquely among iPhones, it offers these features on its front- as well as rear-facing camera, thanks to the powers of the TrueDepth selfie cam and sensor array.

The Samsung has only a single lens on the rear; to get the twin lens you need to buy the Plus model. But it makes up for this with some decent camera features.

Dual Aperture mode is one highlight: this means the phone automatically adjusts between f/1.5 and f/2.4 depending on the shooting conditions, and should mean better results in both daylight and low light. 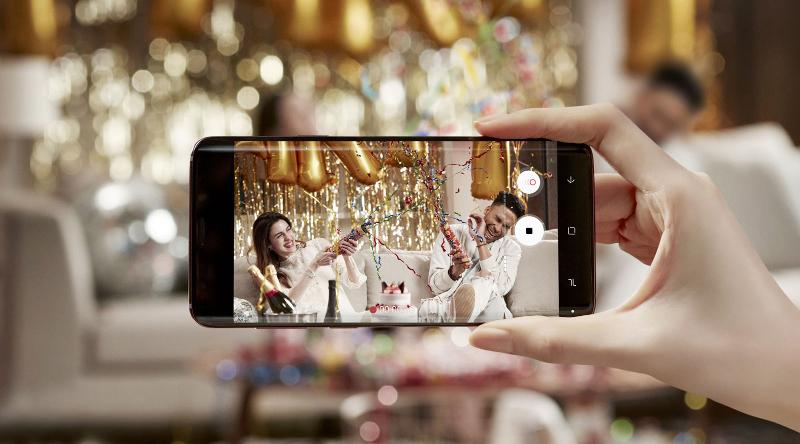 The S9’s slow-motion video mode (which reaches an astonishing 960fps; the X can manage only 240fps) can only be used for short periods, which makes it tough to get your shot. This is where the clever auto motion detect mode comes in: this lets you activate the video with movement in a specific part of the shot, such as a balloon popping.

The iPhone X has Live Photos too, of course, but we find this far more gimmicky than the increasingly dependable Portrait Mode.

Both phones have impressive water- and dust-resistive properties, but Samsung comes out ahead.

The iPhone X is rated IP67, almost top marks for handling solid and liquid intrusion: that translates into “dust tight” and resistant against “immersion up to 1m”.

But the S9 gets IP68, the top score you will generally seen given to consumer devices. That means “dust tight” and resistant against “immersion beyond 1m”.

Let’s take a look under the bonnets of these two flagship phones. 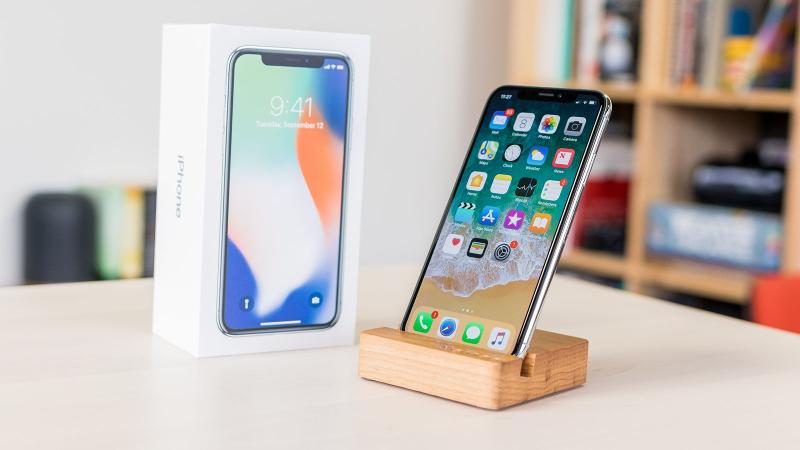 The iPhone X was released in November 2017, and is available to buy now.

The S9 is available to buy now also having come out in March 2018.

If you’re looking for a monthly contract, the Carphone Warehouse offers the X for £63 per month, with £109.99 up-front cost.

The Samsung Galaxy S9 is considerably cheaper, at £739/$719.99. It comes with the lower amount of storage (64GB), but bear in mind that onboard storage is less of an issue for it, since it comes with a microSD card slot that allows for removable storage up to 400GB.

You can order the S9 from Samsung, or from O2 or Vodafone. We also have a roundup of the best S9 deals.