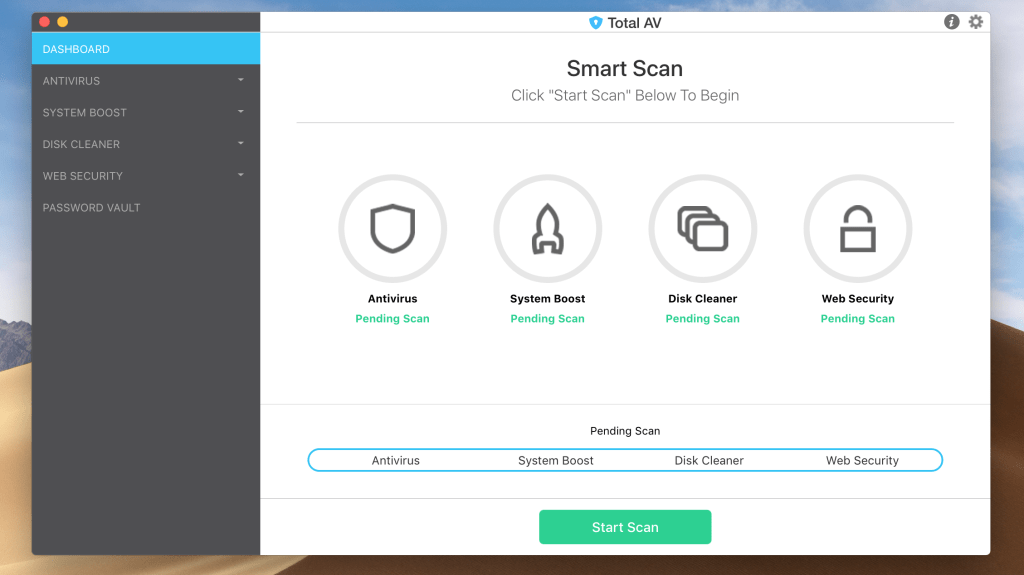 While affordable with some interesting features, Total AV only caught two out of 26 of our viruses during real-time scanning. It’s a cheap option for the first year that offers some protection for your Mac, but at £95.95 for year two we’d recommend looking elsewhere.

Total AV is a competitively priced antivirus option for Mac users with some handy additional features, but it isn’t without its downfalls, and some of them are significant. Here we bring you our full review of Total AV and compare it with those in our round-up of the best antivirus for Mac.

At just £19.95/$19.95 for the first year’s subscription for up to three devicces, Total AV is might be the cheapest antimalware app we’ve looked at. Keep in mind, though, that the retail price outside of this introductory first year is a hair-raising £95.95/$95.95. Should you choose to invest, you should watch out for that when it comes time for subscription renewal.

We were concerned during TotalAV Essential Antivirus’ installation because, unlike most of the other antimalware apps we’ve reviewed, it didn’t install a kernel module for always-on protection, or request full disk access.

Many antimalware apps have special routines that ensure they can’t be quit, because quitting a malware app is an obvious attack vector for malware. Yet TotalAV Essential Antivirus can be quit just like any other app.

Undeterred, we choose to undertake a full system scan. This was suspiciously fast, completing in around five minutes. In comparison, the fastest any other antimalware app has managed to complete a full scan is around 30 minutes. Just before the scan completed, the TotalAV Essential Antivirus window reported around 780,000 files had been scanned. This is much less than the circa 2.5 million the other antimalware apps claimed to have scanned on the exact same system.

Presumably TotalAV Essential Antivirus is only scanning certain kinds of files, or certain parts of the file system.

Activity Monitor on the Mac during scanning showed around 80% usage of four CPU cores on the i7 2.8GHz MacBook Pro, and around 10-20% of the remaining four virtual cores. This gave the system resources quite a workout, and made the Mac’s fans spin-up.

Unleashing our 26 malware samples on the virtualised testbed with TotalAV Essential Antivirus installed left us scratching our head. We unzipped the first malware sample from its password-protected archive and…. Nothing. This was malware caught by all the other antimalware apps we reviewed. Okay, so let’s move onto the second. Nothing. Then the third. Nothing.

We undertook the classic tech support trick: we rebooted. No difference. We reinstalled TotalAV Essential Antivirus from scratch. Still the same result.

At this point we were sure that the claimed “Real-Time Protection” was either a lie or so buggy that it was useless. Nonetheless, we persisted in placing the final load of malware samples on the disk. 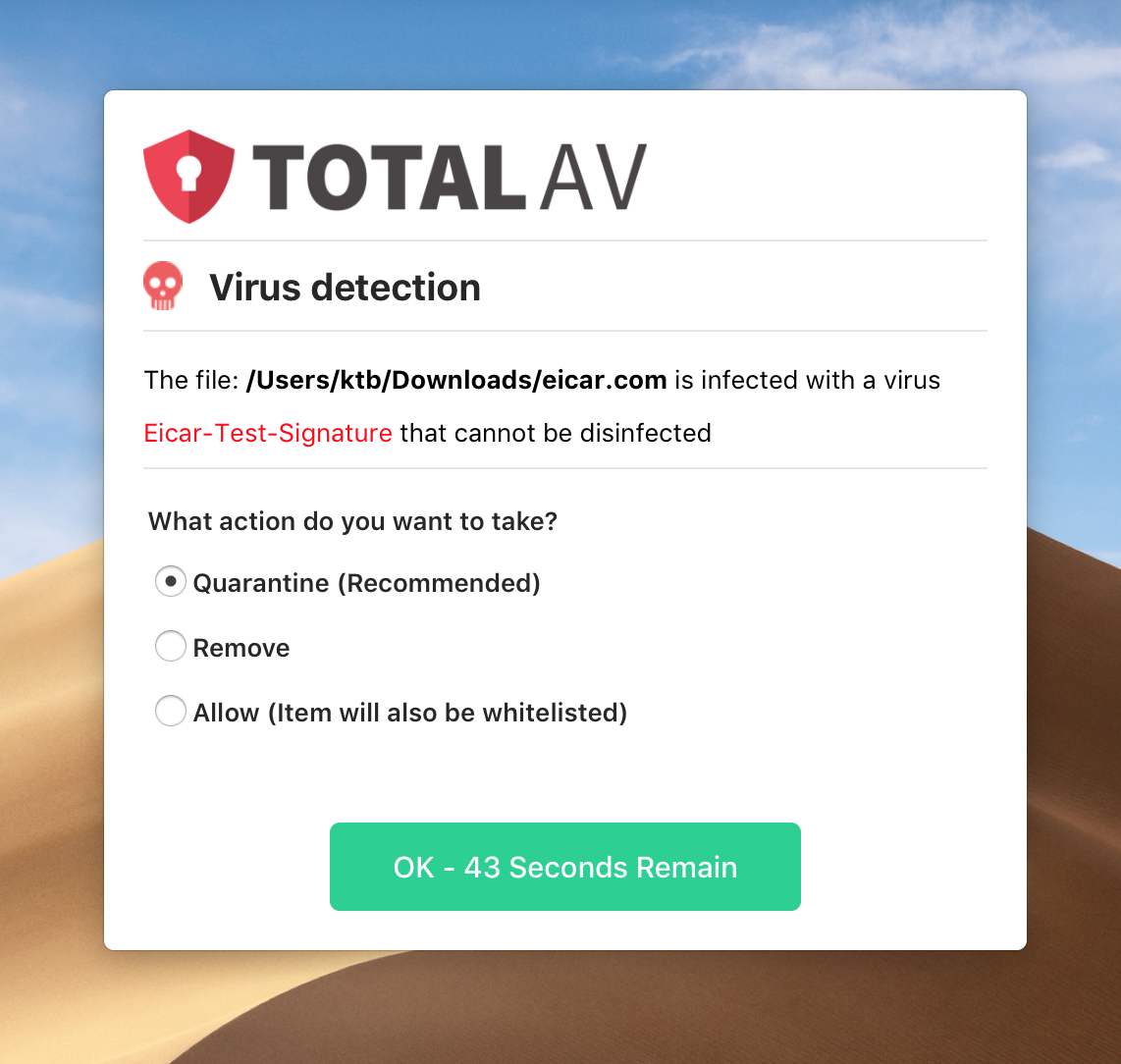 Out of 26 malware samples, TotalAV Essential Antivirus caught just two, and was only able to remove one of them. We couldn’t check to see what malware the app claims to catch, via the VirusTotal database, because TotalAV isn’t listed there.

We then ran a full system scan to see if TotalAV Essential Antivirus would spot the many malware samples that now littered the hard disk. This time it caught most of them, with the exception of three. Notably, it didn’t automatically delete or quarantine them. We had to select to do this by clicking to review the scan results. Users should bear this in mind, because it isn’t obvious.

Elsewhere TotalAV Essential Antivirus offers a cornucopia of add-on tools. There’s a VPN tool with perhaps the biggest range of end-points we’ve ever seen, featuring most major countries of the world. Ever wanted to appear to the Internet as if you’re online in Moldova, or Malaysia, or New Zealand? Well, now you can.

The duplicates finder was also effective in our tests, although the user interface was a little primitive. For example, while it found duplicate photos, it didn’t show previews of them, forcing us to open them in Finder to ensure they are actually identical.

The important fact that TotalAV Essential Antivirus failed to catch all but two of the 26 malware samples is very disappointing. Its on-demand scanning fared better, but was still not as good as most of the other antimalware apps we’ve reviewed.