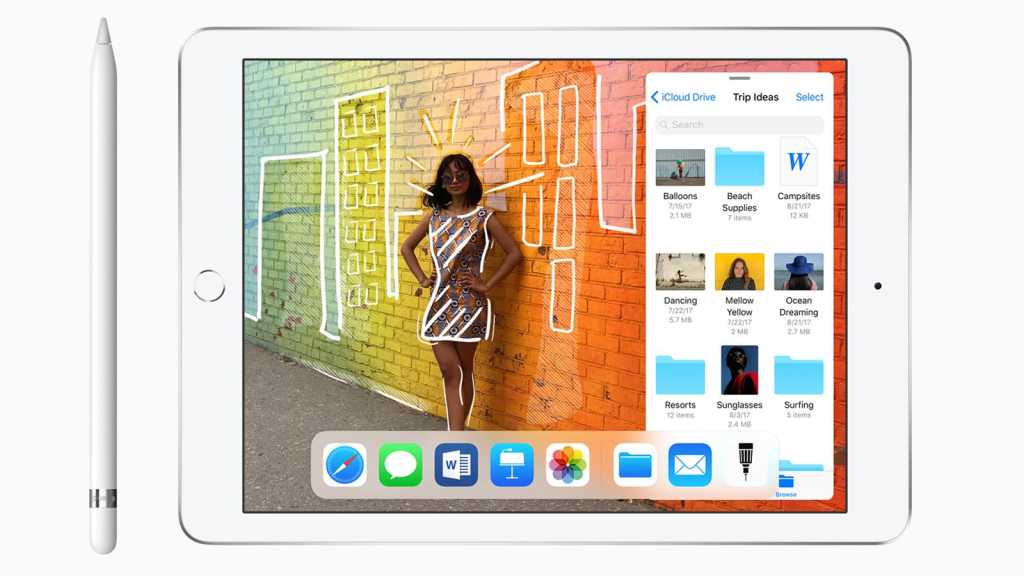 This is a reasonably minor upgrade, with only three differences between the 2018 and 2017 models: you get a new processor chip, Apple Pencil compatibility and a slightly different gold colour option. So unless you’re desperate to start using Apple’s stylus with your tablet, we wouldn’t recommend upgrading from last year’s budget iPad. For anyone running an older model, however, or for those who don’t have an iPad at all, Apple’s most accessible tablet just became even more appealing. The price is the same or slightly lower (depending on where you live/whether you’re a schools buyer), the processor bump means it’s got an extra year of top-speed use in its legs, and being able to use the Apple Pencil is a real bonus – although don’t forget to factor the cost of the stylus into your calculations, since it isn’t cheap and doesn’t come with the device.

One of Apple’s surprise hits of 2017 was its 9.7in iPad – a device that we gave three stars out of five in our review, grudgingly conceding that “its low-end price tag and mostly low-end spec list might be a good fit for schools and casual users”. In fact that low-end price tag was hugely popular and it single-handedly revived the fortunes of the company’s beleaguered tablet division. Shows what we know.

What isn’t a surprise is that Apple has doubled down on this successful launch, announcing an updated version at its education-focused event in March 2018. The 2018 edition gets Apple Pencil compatibility – the first time the stylus has been supported by anything other than an iPad Pro – a new, faster processor, a new colour option and (for UK buyers or anyone in education) a lower price tag. Read our comparison of the iPad 2018 with the iPad Pro.

In this comparison article we look at the key differences (and the important similarities) between the 2017 and 2018 iPad 9.7in models, related to design, features, specs and price. We’ll help you decide which is the right choice for you – Apple has stopped selling the 2017, but it’s still on some retailers’ websites as well as available second-hand – as well as considering if owners of the 2017 model should make the upgrade.

You can buy the new iPad direct from Apple. In the UK, it is also available from a number of other retailers, including  John Lewis,  Argos,  Currys PC World and  Very.co.uk. US visitors can find the iPad 2018 at  Best Buy and some models from  Walmart.  For offers on different iPad models, you can check out our roundup of the best iPad deals, and for more general advice take a look at our iPad buying guide.

Right now there’s an exclusive code that’ll get you up to £37 off any iPad at KRCS. Use MACWORLD3 at checkout to get the discount.

In most respects the two iPads are identical – and in one of these respects we really would have liked to see a change. That’s right: it’s another unlaminated screen.

Apple started making tablets with laminated screens back in 2014, with the launch of the iPad Air 2, which made it all the more surprising when 2017’s iPad 9.7in didn’t get one. Its unlaminated screen has a tiny but noticeable degree of ‘flex’: when you press the screen it bends inwards an infinitesimal amount, making it feel cheap and plasticky. 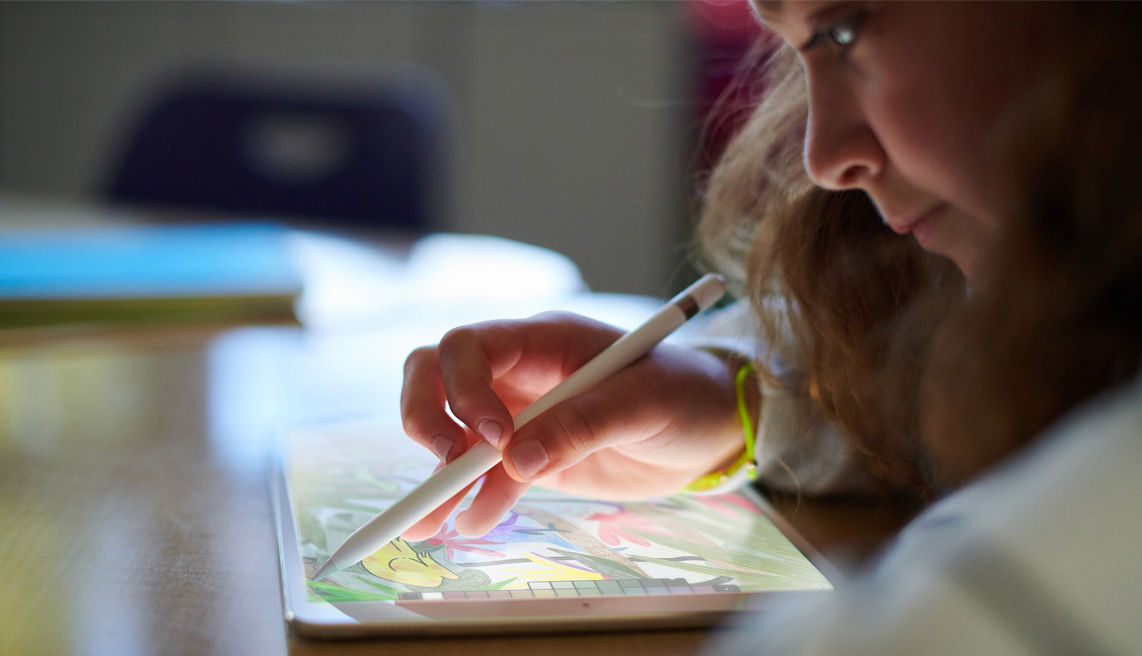 Now granted, it is cheap, comparatively at least, and this is one of the ways that Apple kept the price down. But we don’t like the way it feels, and wish budget could have been found to go laminated. (Note that if you’ve never used a laminated iPad, this probably won’t bother you as much.)

And other elements of design are very much business as usual. The dimensions and weight of the two iPads are identical, as are the screen and bezel size, port and button placement and so on. It’s a good size, on the whole, and pleasant to use, but if you pick a silver or Space Grey model you’ll struggle to tell the two devices apart.

Going by the official names, the 2018 iPad offers the same colour finishes as its predecessor, but take a closer look and you’ll see that the gold option has drifted pinkwards. What we might call ‘New Gold’, which is available on the 2018 iPad 9.7 and the iPhones 8 and 8 Plus, is roughly midway between the old gold and the Rose Gold of the 10.5in iPad Pro. 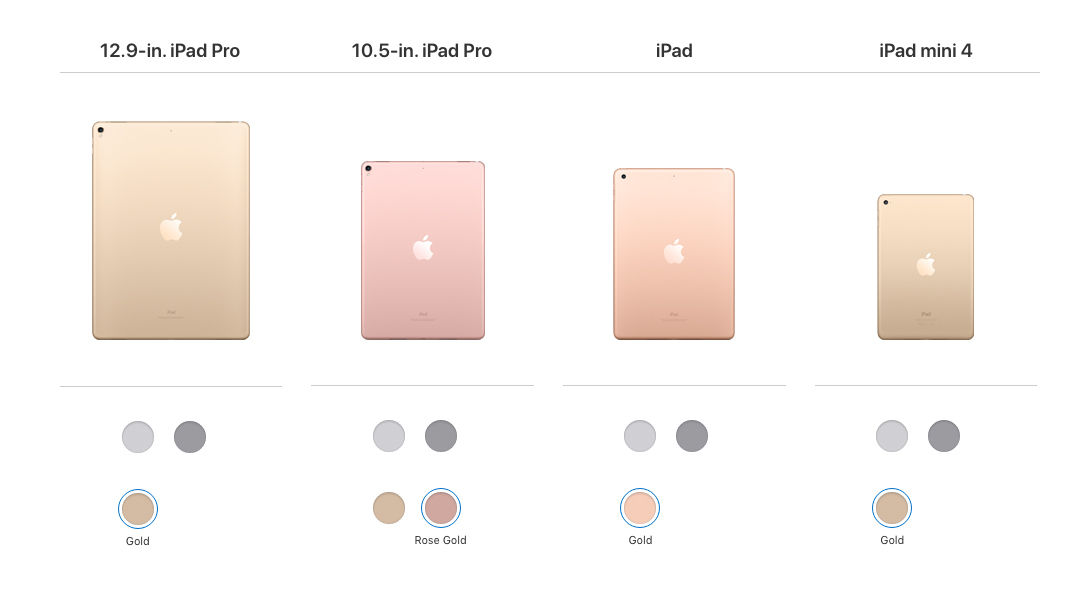 We like New Gold but it’s entirely subjective. If you like your gold with a touch of pink, get the new model; if you don’t, stick with the 2017 unit.

There’s one new feature, but it’s a biggie: for the first time, a non-Pro iPad works with the Apple Pencil. (Bargain hunters should note that the stylus is not included with the tablet, and will set you back an additional £89/$99.) 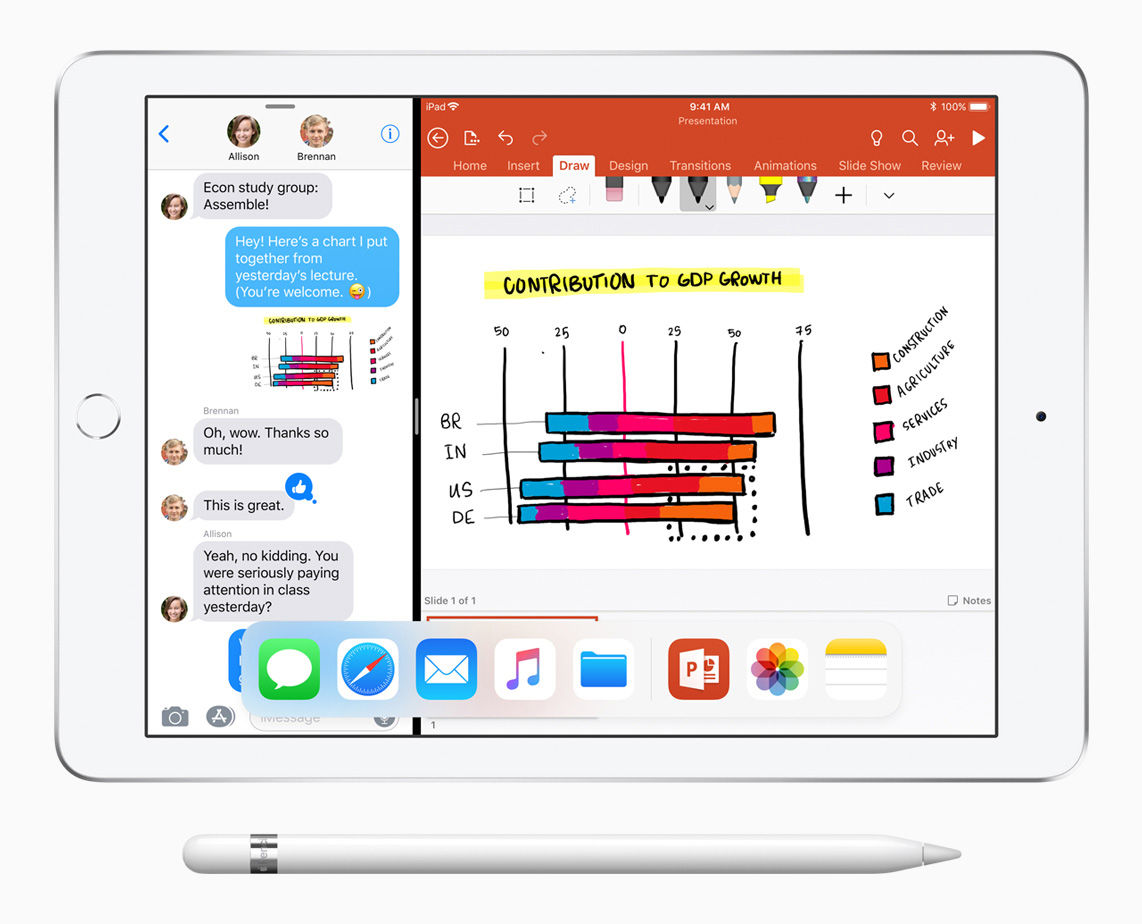 This is great news. The Pencil is the best tablet stylus we’ve used and tremendous for drawing and note-taking.

Even better, Apple took the opportunity of announcing that its (free) iWork apps for iPad now support the Apple Pencil too. Numbers and Keynote get straightforward stylus input, which is good, but Pages gets a new feature called Smart Annotation, which is better. This feature means that notes scribbled directly on to the screen are then attached to a specific place in the text and move with it intelligently.

As with features, there’s one change in the specs department. The 2018 iPad gets an upgraded processor chip, the A10 Fusion, which Apple says is 40 percent faster than the A9 in the 2017 model.

The rest of the specs are the same as last year, although there’s a new iCloud offer for school users which makes up for the storage cap remaining at 128GB.

The 2017 model came out in March 2017 and Apple has now stopped selling it, although you should still be able to find it on third retailers’ websites for a while yet – and second-hand and refurbished remain an option.

The iPad 9.7in (2018) was announced on 27 March 2018 and it went on sale a few days later. You can buy it direct from Apple starting at £319/$329. You can also find the 2018 model from other retailers like  John Lewis,  Argos,  Currys PC World and  Very.co.uk. US visitors can find the new iPad at  Best Buy and Walmart. Stocks might occasionally dip across retailers, so it’s a good idea to check across a few of them. 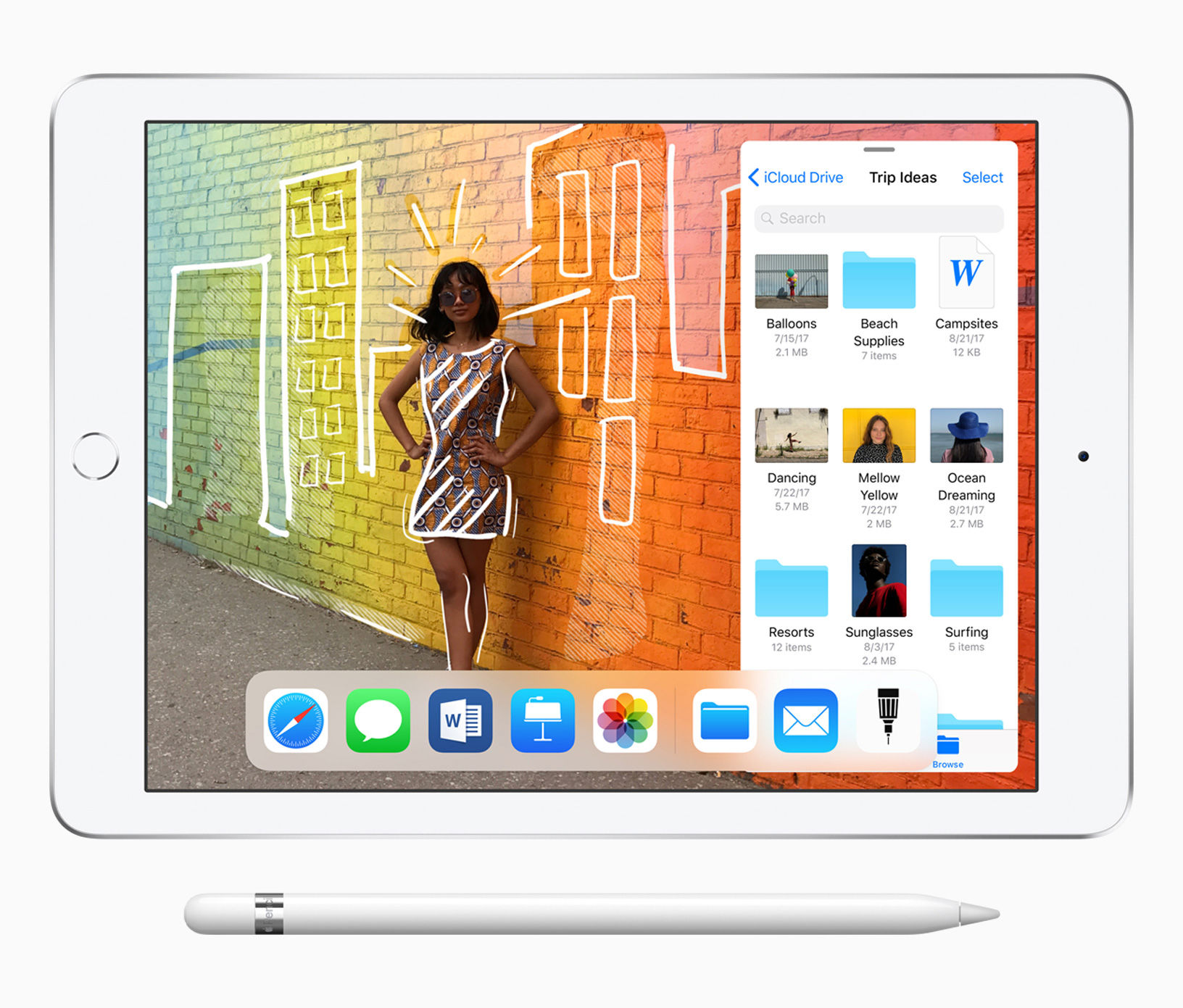 Apple has managed to bring in the entry-level model at the same price as last year’s model in the US, and slightly cheaper in the UK. There are further discounts available for school buyers.