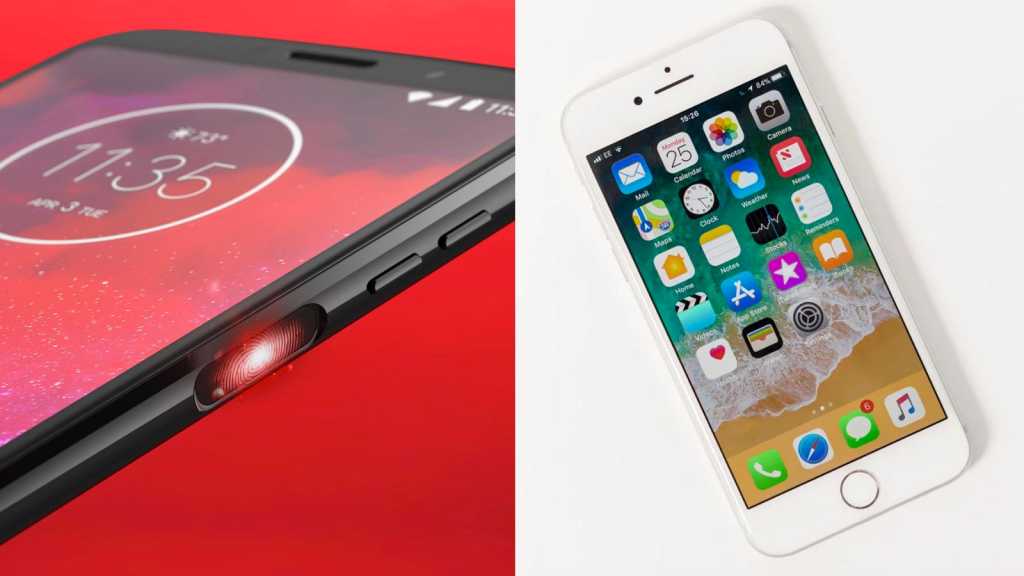 The iPhone 8 is nearly a year old and will be replaced soon – and to be honest, its design is so hidebound that it looked old when it came out. This is the iPhone of 2014 given new components and wireless charging, and it looks particularly fuddy-duddy compared to the Moto Z3’s 18:9 edge-to-edge screen and faddish modular add-ons. (If you want to future-looking iPhone, pick the X.) So aesthetic hipsters are unlikely to plump for the 8 – but there are more important differences within. The Z3 has an impressive-sounding octa-core processor, but it’s a slightly outdated choice when most Android flagships are plumping for the Snapdragon 845 instead. (Motorola presumably cut corners here to keep the price down.) Apple’s A11 Bionic chip is also a 2017 model, of course, but the device has been slickly optimised to get the very best from it. The Z3 has generally more appealing specs in most areas: it has a much bigger screen and twin rear-facing cameras, and offers 5G. But the iPhone 8 wins back some points with its 4K video capture and aforementioned wireless charging – and iOS, of course, which is often enough to secure a purchase almost single-handed.

All new smartphones get compared to the iPhones, no matter how different a market they are addressing. The Moto Z3, announced on 2 August, is closest in spirit to the iPhone 8 but is drastically cheaper, at least in the US.

But is it a better deal? In this article we compare the iPhone 8 and Moto Z3 for design, features, specs and value for money and help you determine which is the best option for you.

At time of writing the Moto Z3 is only officially slated to launch in the US, where it has a release date of 16 August. Verizon (which has an exclusive on the Z3) will sell it for a subsidised price of $480, or $20 a month for 24 months on contract.

We’ll have to wait and see if and when it launches in the UK; if so, we’d expect an unsubsidised price of about £700 – which would almost exactly match the iPhone.

What is there left to say about the iPhone 8 design? It’s a good one, a classic, but it’s also the same design Apple has been selling since the launch of the iPhone 6 way back in 2014.

So the 8 is slim, light and attractive, and feels good in the hand. It still has thickish bezels and a Home button, since it was dreamed up long before the current heyday of all-screen smartphones, and if you’re looking for revolutionary or even modern design this is not the one for you.

The Moto Z3 is almost the opposite. It’s hyper-modern, featuring a (considerably larger) edge-to-edge screen at the fashionable aspect ratio of 18:9.

And it also embodies a trend from a couple of years ago: modular design. You can buy additional plug-in components and swap in a gaming, camera or projector attachment. 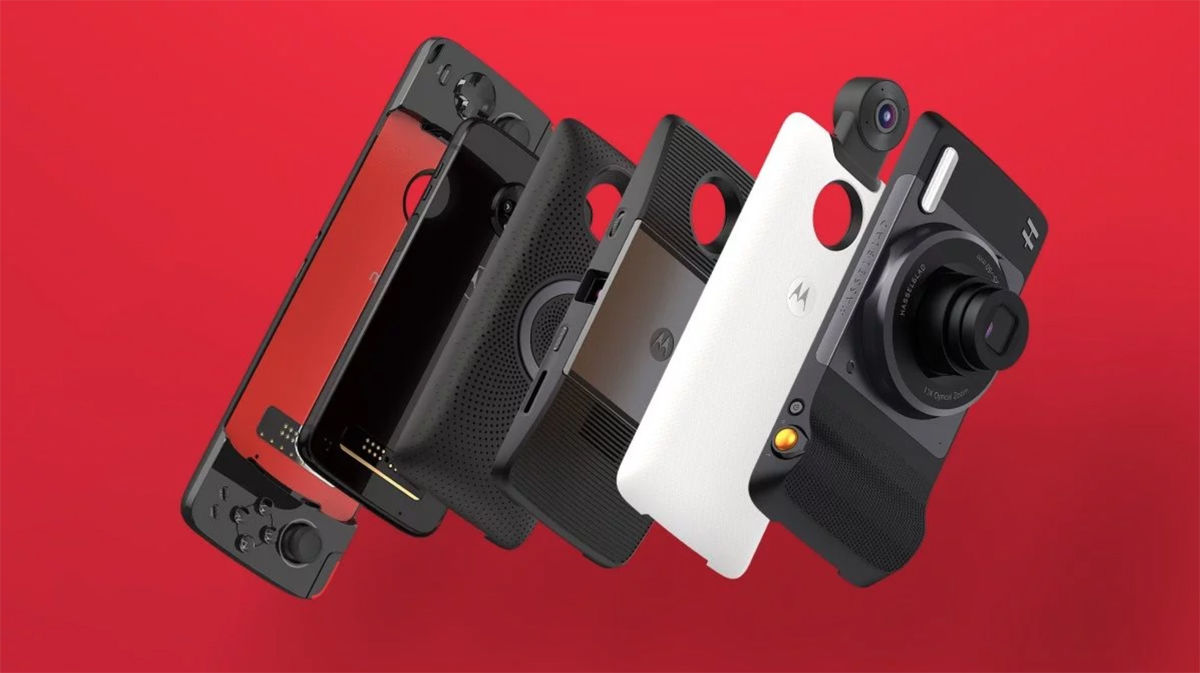 You only get two colour options for the Moto Z3: Ceramic Black and Deep Indigo. The iPhone 8, by contrast, is available in silver, gold, Space Grey and (Product) Red.

Visual appeal is a subjective matter, however, so it might be best to show you some nice pictures of the two devices and let you make up your mind. Here’s the iPhone 8: 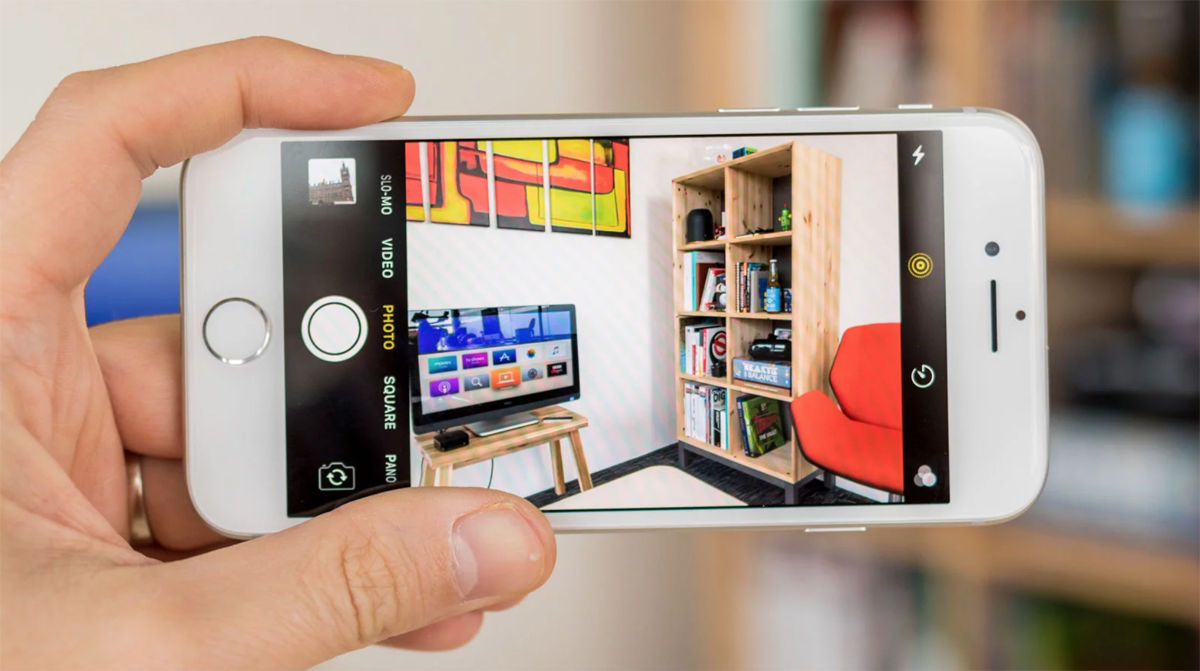 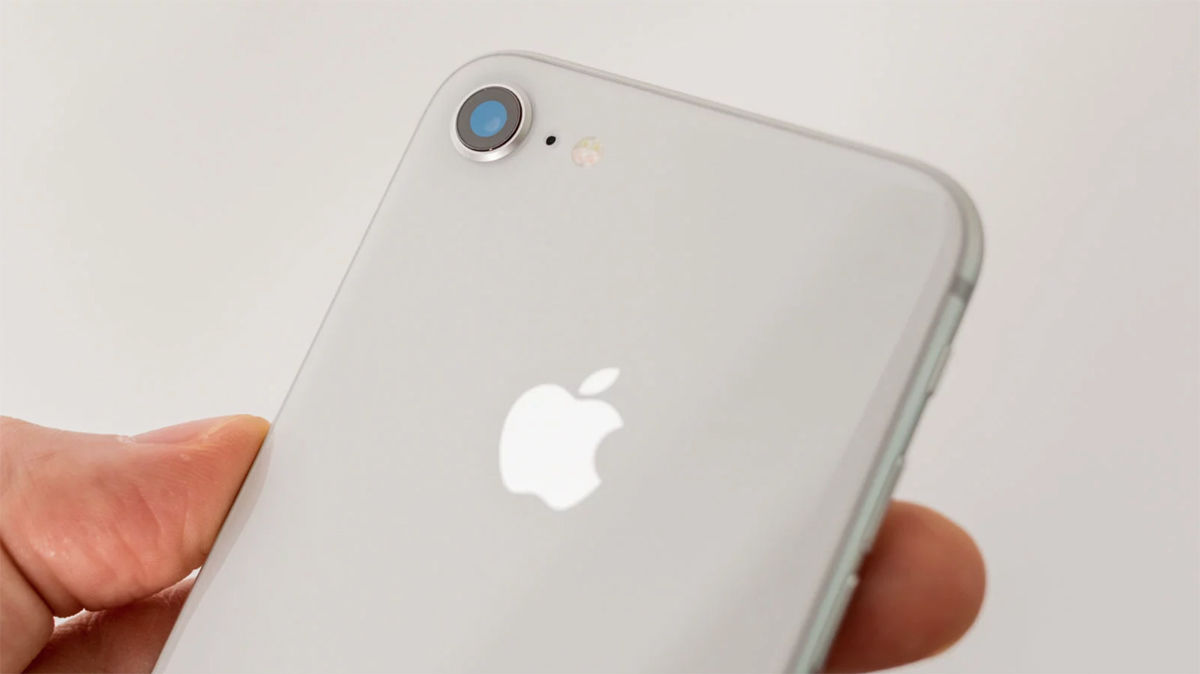 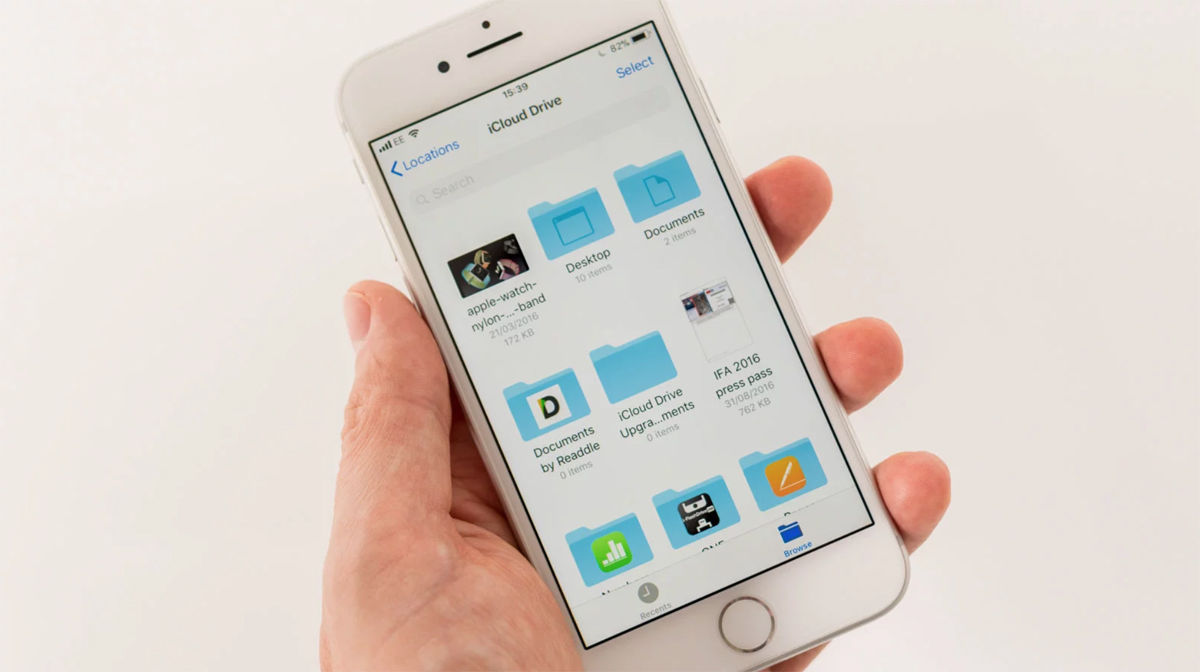 And here are some photos of the Moto Z3: 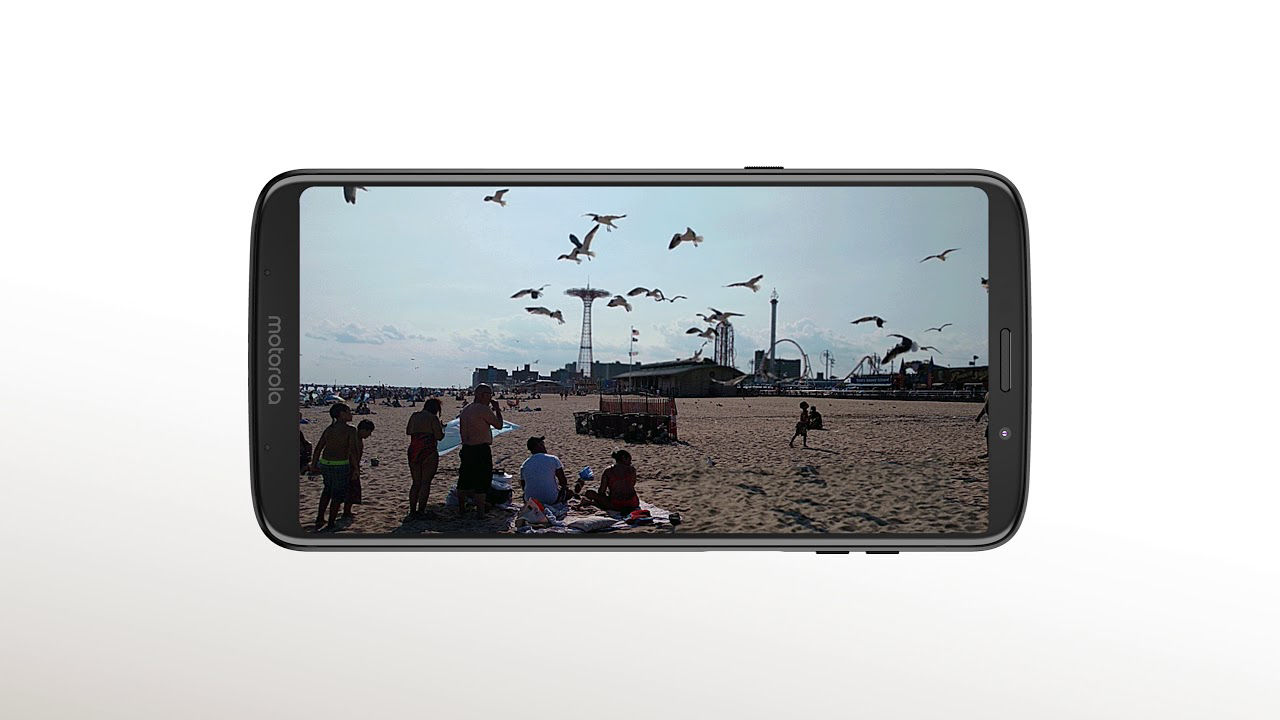 We’ve already mentioned that the Moto Z3 has a much bigger screen than the iPhone 8: 6in to 4.7in. It probably has more raw processing power, too – although the octa-core Snapdragon 835 chip is 2017 vintage; most of 2018’s flagships are going with the 845 – and twice as much RAM.

And it’s being marketed as the first 5G smartphone – although this will require the use of a 5G Mod, to be released in 2019.

The 8, on the other hand, has better video chops, capable of 4K recording as opposed to the Z3’s 2160p; it also offers wireless charging and the Z3 does not. 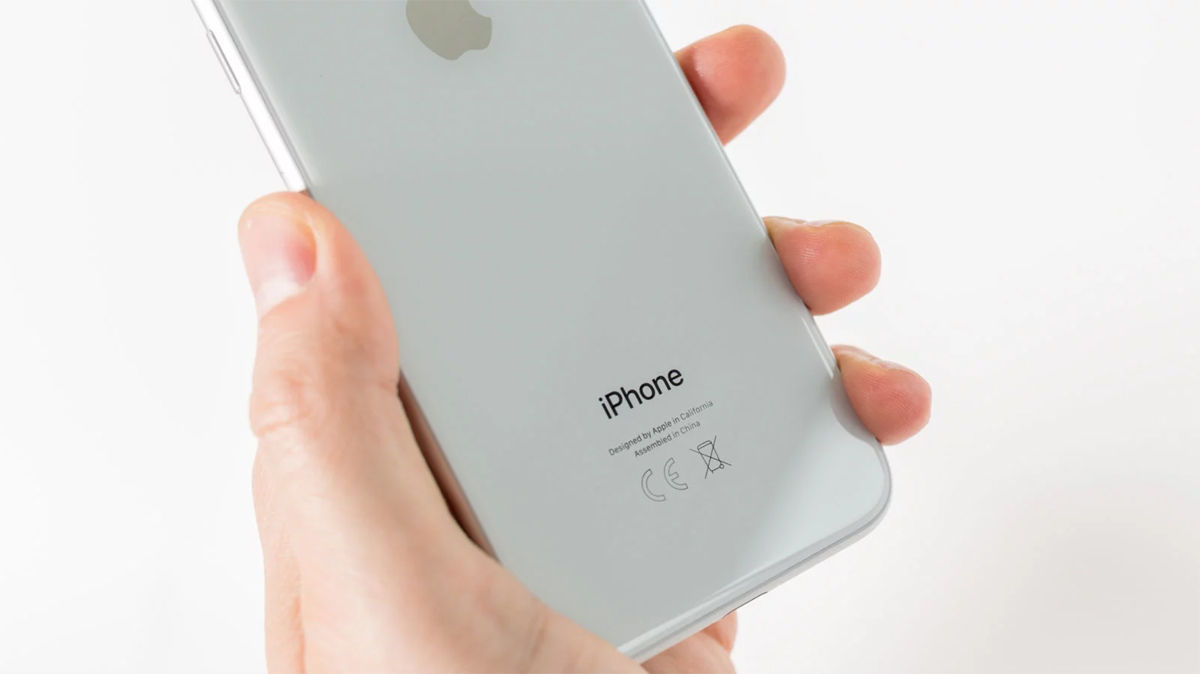 This might be the deciding factor for many potential buyers – certainly for many regular Macworld readers.

The iPhone 8 runs iOS (it will be supplied with iOS 11 pre-installed, and you’ll be able to upgrade to iOS 12 for free when it comes out in September) and those who are used to that platform’s user-friendliness, curated apps and security and privacy features won’t want to switch to Android without extreme provocation.

But Android – the Z3 gets Oreo – is a good operating system too these days. Its app selection remains slightly less dependable (dodgy apps seem to make it through the net a little more often, and its easier to obtain apps from other sources) but security problems remain rare and it generally gets new features earlier than iOS.

We’re iOS fans here at Macworld but this decision may come down to which you’re most used to. For more on this debate, see iOS 11 vs Android Oreo.