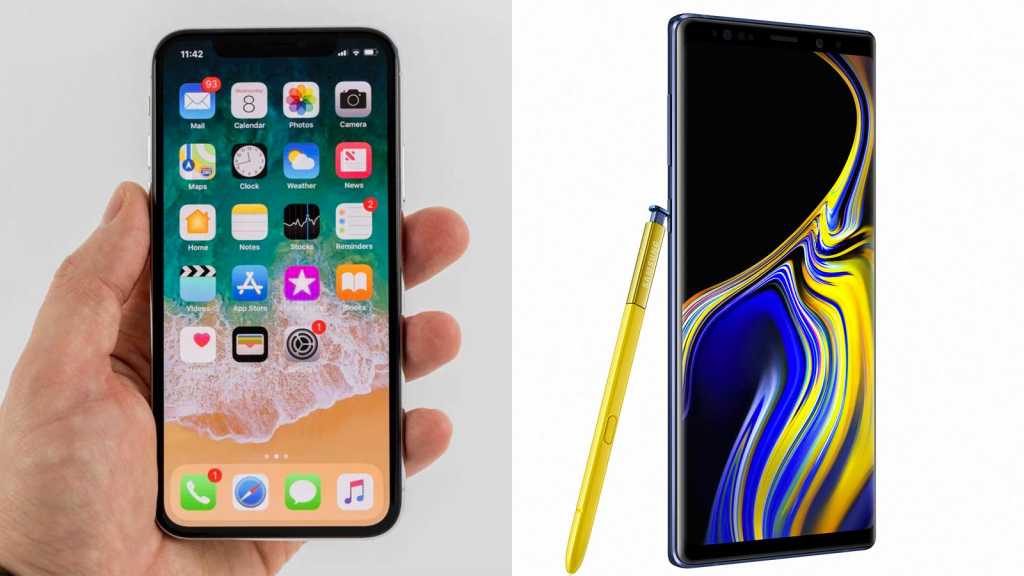 The Galaxy Note 9 is very nearly a year newer than the iPhone X, which some would say makes this an unfair comparison. Still, the Note 9 is a generally quite conservative step for Samsung, and not a huge amount has changed since last year – and regardless of the rights and wrongs this will be the X’s biggest rival until it gets superseded by a new iPhone in September. As is often the case when we compare an Apple to a Samsung smartphone, the Note looks to offer better specs for the money, with a bigger and sharper screen, octa-core processor and more RAM. It’s cheaper at each tier, too, and each of those tiers represents twice the storage of the equivalent iPhone (even before factoring in MicroSD). But we prefer the look of the iPhone X and Samsung hasn’t yet come up with a satisfactory answer to the market-leading Face ID and Animoji features. That’s before we even come to iOS, very much our mobile operating system of choice. Of course, with around a month to go until Apple reveals its next generation of phones (and not long after that the new Google Pixel phones will appear), the smart choice is to sit tight and see what else comes down the pipe before the end of 2018. There are sure to be some crackers by the autumn.

The iPhone X is the phone to beat, but if anyone can give Apple a run for its money, it’s Samsung. As usual the Korean giant has unveiled the latest version of its stylus-based phablet just ahead of the autumn iPhone refreshes – but can the Galaxy Note 9 beat the X?

In this article we compare the Samsung Galaxy Note 9 and iPhone X for design, features, specs and value for money.

You can order a Note 9 via Samsung or Vodafone or EE, Three or Carphone Warehouse.

If you’d rather pick up the X on contract, Carphone Warehouse offers a selection for the UK, with typical prices around £50-60 per month plus £200 upfront. You can find out where to buy in our roundup of the best iPhone X deals.

We are expecting Apple to unveil new iPhones very soon, so you may want to hold off buying a new iPhone right now, either to see what’s in store, or because the price of the current iPhone X may come down when Apple starts selling new models.

These are both modern, fashionable-looking devices with large, long, edge-to-edge screens. (The Note 9 has an aspect ratio of 18.5:9, the X an even taller 19.5:9.) The X has extremely thin bezels around the display, whereas the Note 9 has barely any thing at the sides – but a thicker section at the top and bottom.

Samsung’s new offering is bigger all round, with a larger screen and a larger chassis to go with it. But whereas the X’s display goes all the way to the top of the chassis with a notch taken out of it, Samsung has taken the (perhaps more logical, if less characterful) option of ending the screen slightly earlier and having a narrow, full-width bar at the top with the front-facing camera, speaker and other essential items.

Apple continues to spurn the idea of a phablet stylus – the Apple Pencil remains iPad-only (for now at least – rumour has it that may change with the new iPhone) – but Samsung has gone all-in on the S-Pen, which ships with the Note 9. The new S-Pen has Bluetooth Low-Energy (BLE) support.

Finally, both devices are highly water-resistant but Samsung goes one better on the IP rating, offering IP68 to Apple’s IP67. The difference? Essentially, IP68 means the Note 9 can be submerged in water up to 30 meters deep for half an hour, while IP67 means the iPhone X can only be submerged for half an hour in a meter of water. This doesn’t mean you should take your iPhone or Note 9 swimming.

The Note 9 comes in four colour finishes – Ocean Blue, Lavender Purple, Metallic Copper and Midnight Black – but only three are available in the UK. It seems Brits miss out on the copper option.

If you want to get really technical, the Midnight Black and Lavender Purple Note 9s each come with a matching S-Pen stylus, while the Ocean Blue gets an S-Pen in contrasting yellow.

Unlike most iPhones, meanwhile, the X is available in only two colours: silver or Space Grey. Apparently there was going to be a gold version (as is the case with the iPhone 8) but Apple ran into problems.

Different looks appeal to different tastes, so here are some nice pictures of the two devices so you can make up your mind about design. Here’s the iPhone X: 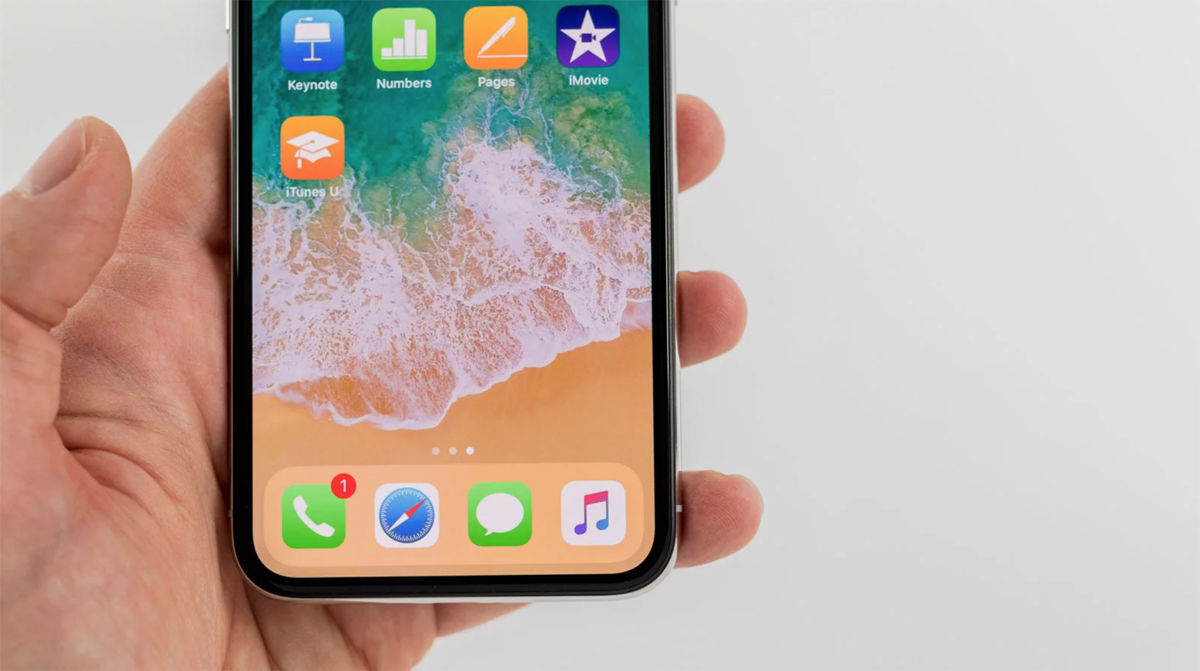 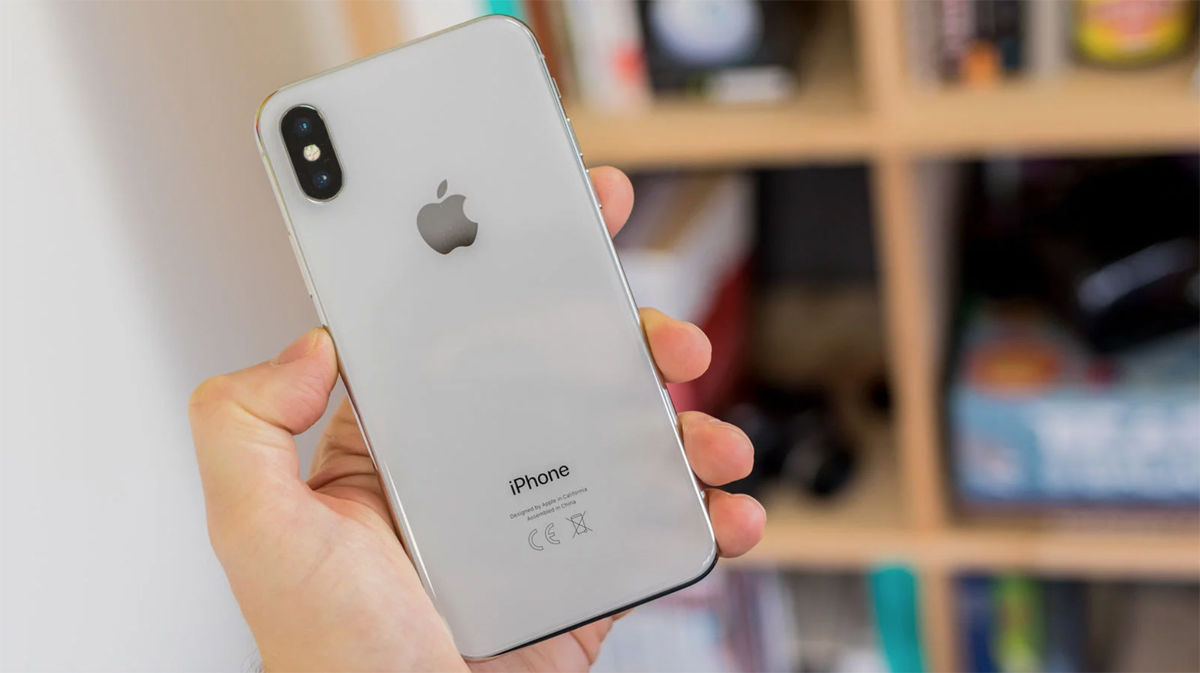 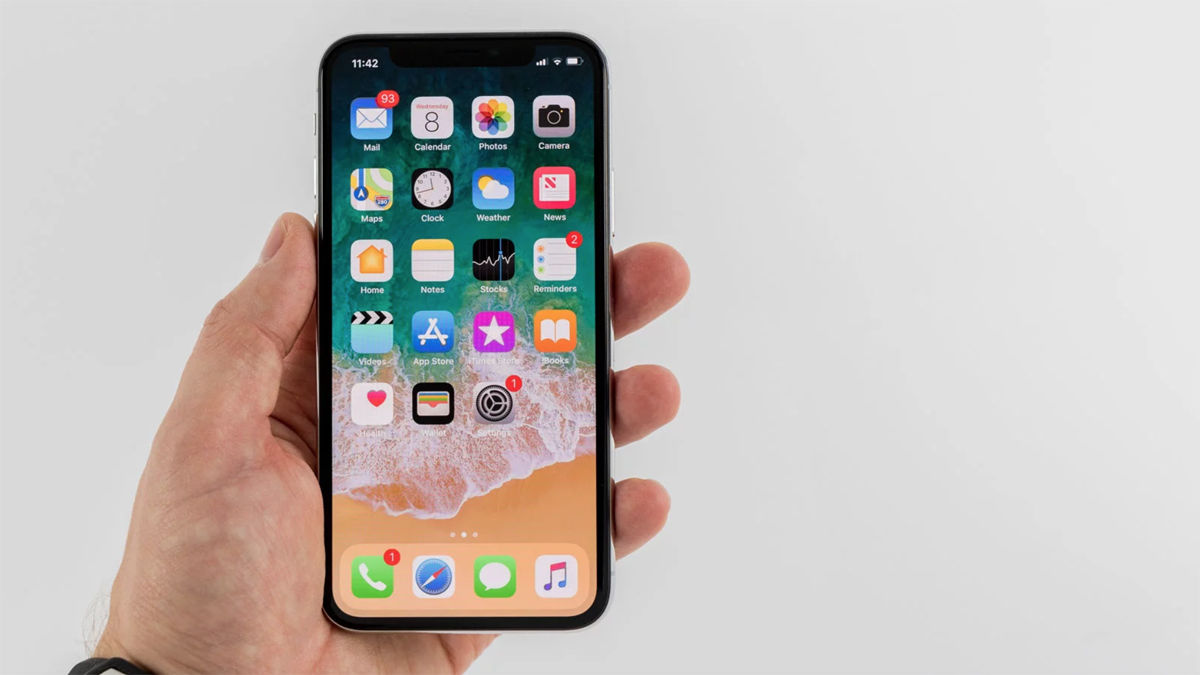 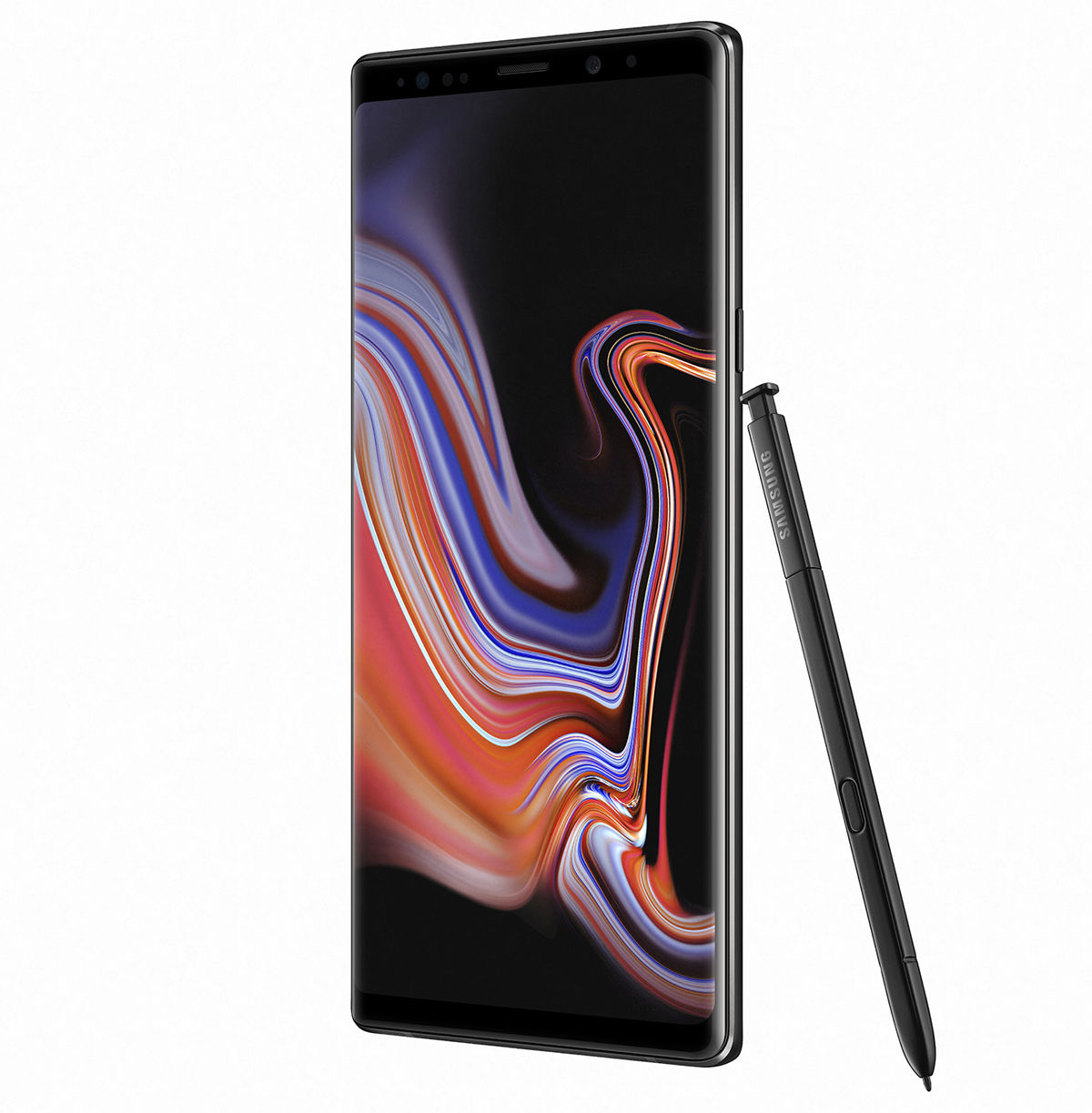 That photo is a bit deceptive because the image is dark at the top and bottom, which disguises the thicker bezel at the base and top of the device. 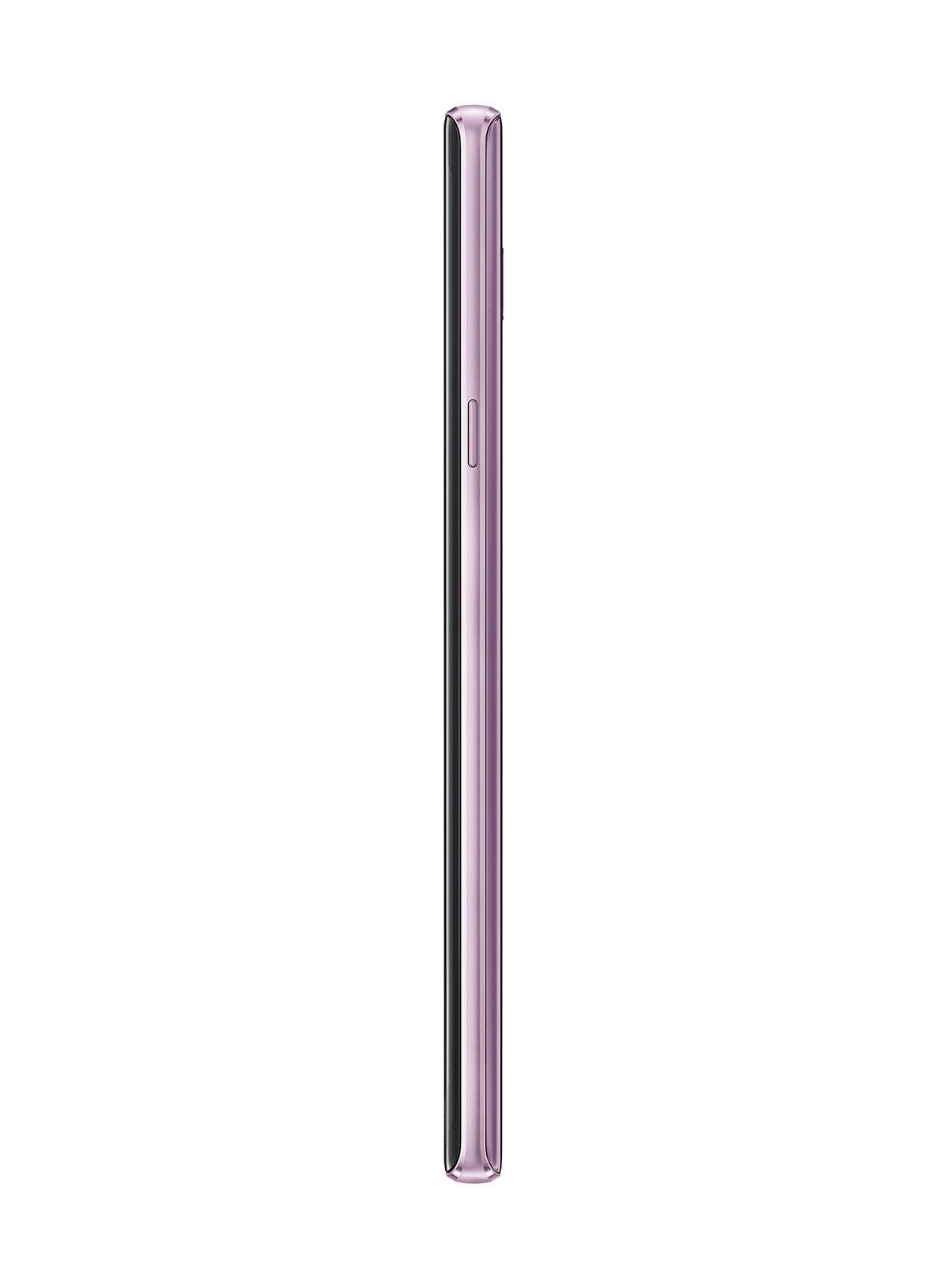 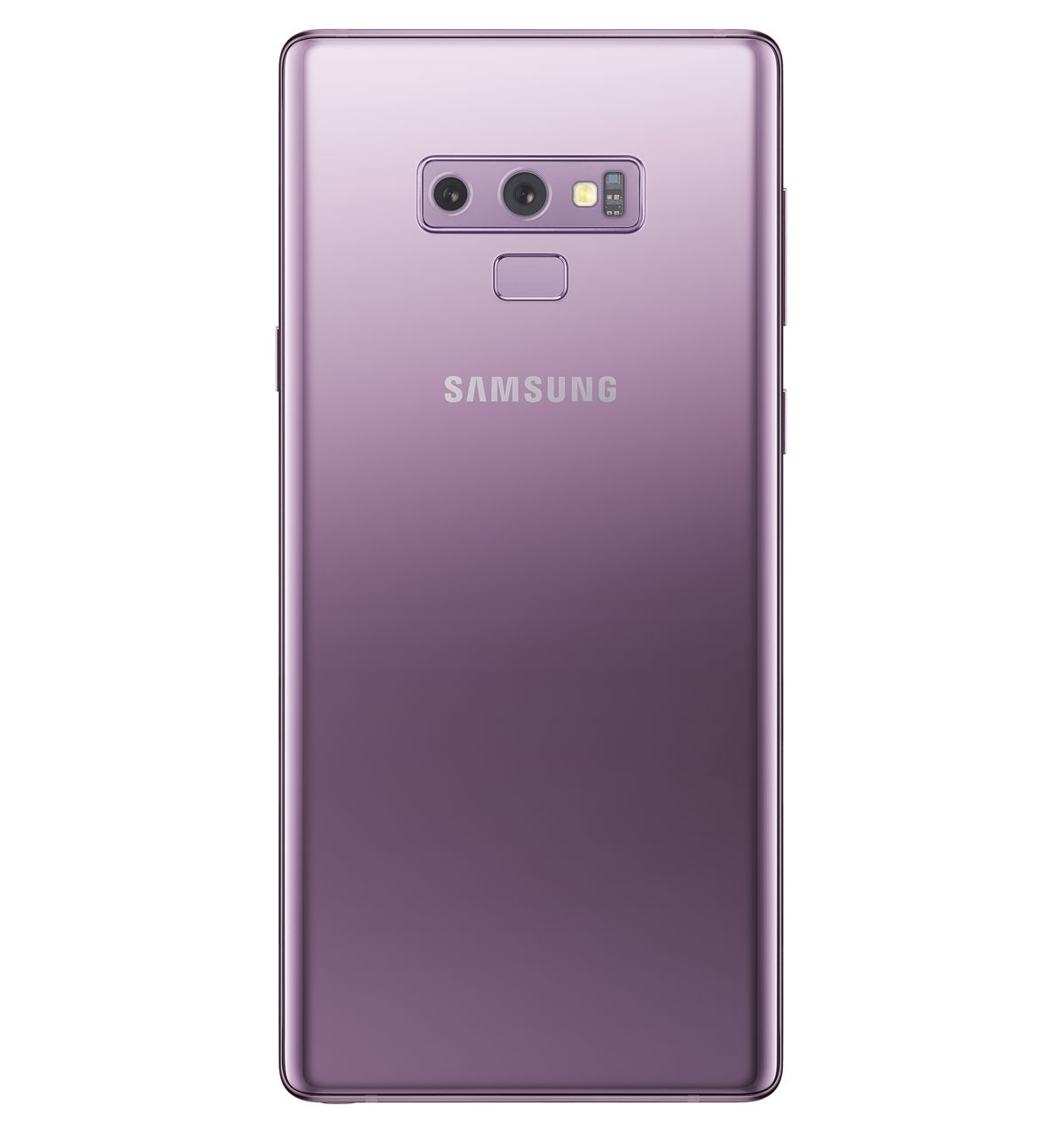 The Note 9’s screen is both significantly larger (6.4in to 5.8in) and sharper (516ppi to 458ppi, although frankly 458ppi is already extraordinarily high and plenty for most of us). A slight payoff for the larger screen, at least, is that the Note 9 is also bigger, thicker and heavier.

The Note 9 has far more RAM – either 6GB or 8GB, depending on the model, to the X’s 3GB. The Note 9 also has an octa-core processor, with four of those cores being used at high performance, running at 2.8GHz, while the iPhone X has six cores, with only two running at high performance. On paper it looks like the Note 9 would be better, but it appears that woud be wrong. Apple Insider has already run benchmarks on the two phones (you can watch their video below) and they found that despite the CPU being almost a year old in the iPhone X it beat the Note 9 in nearly every test that Apple Insider ran.

For example, in Geekbench:

(The outcome of these tests demonstrate that lots of RAM and octa-core processors don’t necessarily spell a faster phone. Apple’s control over the OS and available apps as well as the hardware mean that your iPhone experience will be consummately optimised for the iPhone’s A11 chip.)

Both phones have (12Mp) twin-lens cameras on the rear, which means portrait modes, optical zooms and various other photographic marvels. Neither will let you down as a cameraphone.

The Note 9 has a slightly higher-specced front-facing camera, at 8Mp to the X’s 8Mp, but it’s a close-run thing. And regardless of those numbers the X’s TrueDepth camera is a more appealing inclusion.

It allows for Animoji, for one thing (Samsung’s AR emoji feature is vastly clunkier and less lovable); but more importantly its sophisticated sensing apparatus makes Face ID the market-leading facial-recognition tech… although the Note 9 does at least offer a fingerprint scanner as a backup, which the X does not. 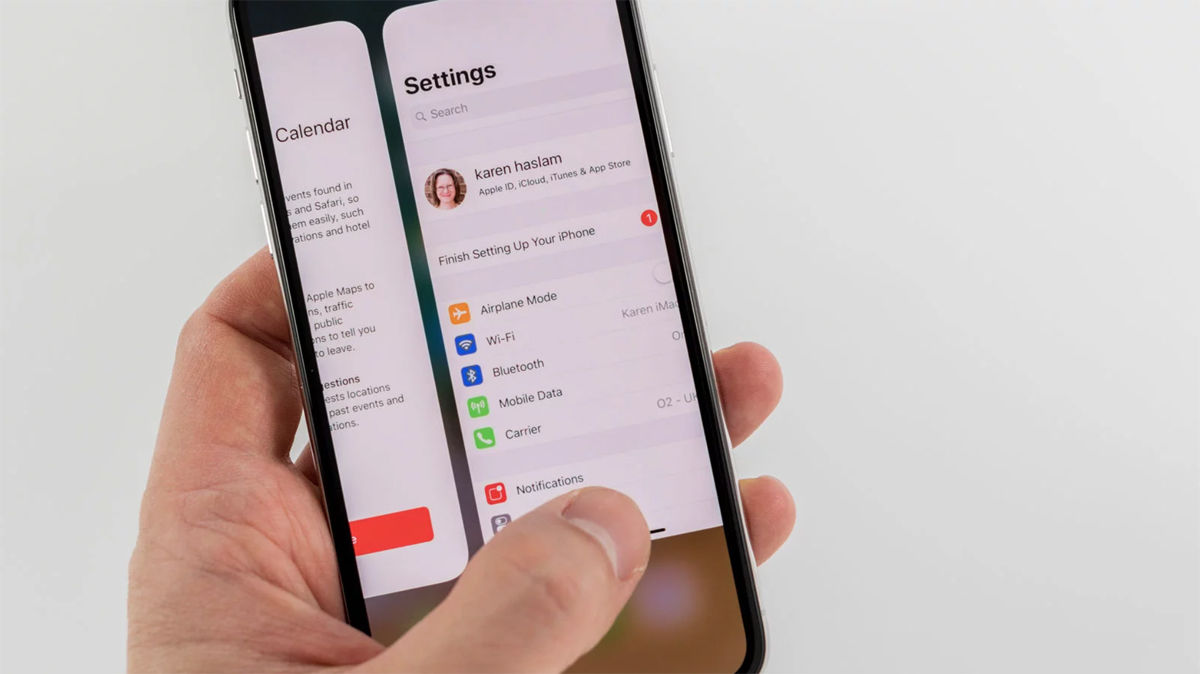 Apple naturally goes with its proprietary iOS operating system and related app store, while Samsung prefers Google’s Android. This is a significant divergence, and is likely to be the deciding factor for many potential buyers.

The iPhone X runs iOS ( iOS 11 is pre-installed, but you can upgrade to iOS 12 for free when it comes out in September) and it’s a platform with a lot of loyal fans: once you get used to iOS’s user-friendly interface, curated app selection and security and privacy features you’re unlikely to want to switch.

But Android – the Note 9 gets 8.1 Oreo – is a great operating system too. The app selection remains slightly less dependable (there’s a higher, albeit still low, chance of loading a dodgy app by mistake) but security problems remain rare and Google is generally more adventurous about offering new features earlier.