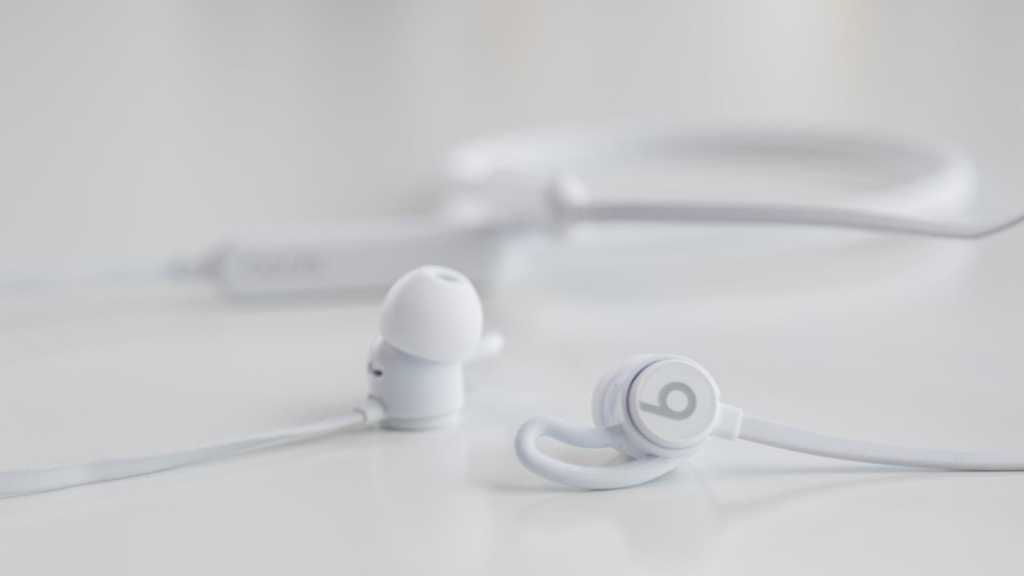 The BeatsX are a stylish pair of neckbuds that provide a superb fit, thanks to the various eartips and wingtips provided. They’re incredibly lightweight and soft-to-the-touch, meaning you’ll quickly forget they’re even hanging around your neck. The W1 chip doesn’t provide smart functionality like with AirPods, but it enables blistering-fast charge times and eight-hour battery life. Most importantly, the BeatsX provide great audio quality with punchy bass that doesn’t drown out the mids and highs. Our only disappointment? Despite being ideal for use when exercising, there’s no official sweat- or water-resistance.

While once upon a time you could only find over-ear Beats headphones, the company has diversified and now sells head- and earphones in all shapes and sizes. One such product is BeatsX, a stylish pair of neckbuds that boasts impressive Fast Fuel charging tech, impressive audio quality and great build quality. But while they are a great pair of wireless earphones, the BeatsX aren’t perfect. Find out why in our BeatsX review.

The first thing you’ll notice about the BeatsX neckbuds is just how lightweight they are. Despite packing a battery that offers eight hours of battery life, Apple’s W1 chip and other tech that make the wireless earphones function, they’re featherlight and practically unnoticeable when dangling around your neck. That’s thanks, in part, to the durable and flexible Flex-Form cable featured on the neckbuds. The nature of the soft-touch material means it fits to the shape of your neck, evenly distributing weight across the neck, for a comfortable fit.

That’s a stark difference from other neckbuds, like the Meters M-Ears, that feature weighty compartments that cause them to become uneven and annoying over long periods of use, especially when exercising. 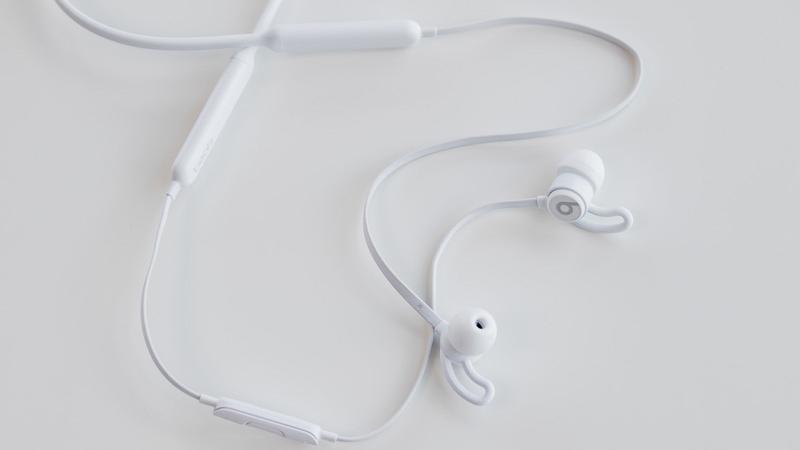 That’s not the only design feature that makes the BeatsX earphones ideal for use at the gym and when jogging. Getting the perfect fit for any pair of earphones is crucial, as an incorrect fit can severely reduce the overall quality of the audio, and Beats knows this. That’s why the BeatsX earphones come not only with four different sets of eartips, but also two sets of wingtips, allowing you to find the perfect fit for your ears.

And, once you have found the right fit for your ears, the BeatsX earbuds really do stay in place. The wingtips help keeps the buds secure regardless of what you’re doing, whether it’s sitting on the tube or sprinting for the bus – and we can’t say that about many earphones. Most do an adequate job but will require some re-adjustment as we move, but that’s not something we’ve found ourselves doing when using the BeatsX earphones.

The cable connecting the earbuds to the main compartment is also long enough to give you the freedom to look around without tugging while also not being too long and visible in your peripheral vision. The perfect balance, in our opinion!

But while the design makes the BeatsX ideal for use at the gym, it’s worth noting that they offer nothing officially in terms of water, or even sweat resistance. That’s not to say that they’ll break as soon as your neck starts to get a little sweaty as we’ve worn the earphones several times when exercising, but you probably shouldn’t wear them if it’s pouring with rain. It is a bit of an odd move from the Beats team though, especially when you consider that similarly priced neckbuds like RHA’s MA650 Wireless offer IPX4 water resistance, providing consumers with peace of mind.

Oh, and for the fashion-conscious out there, the BeatsX neckbuds are available in six colours – Matt Black, Matt Silver, Matt Gold, Grey, White and Blue. 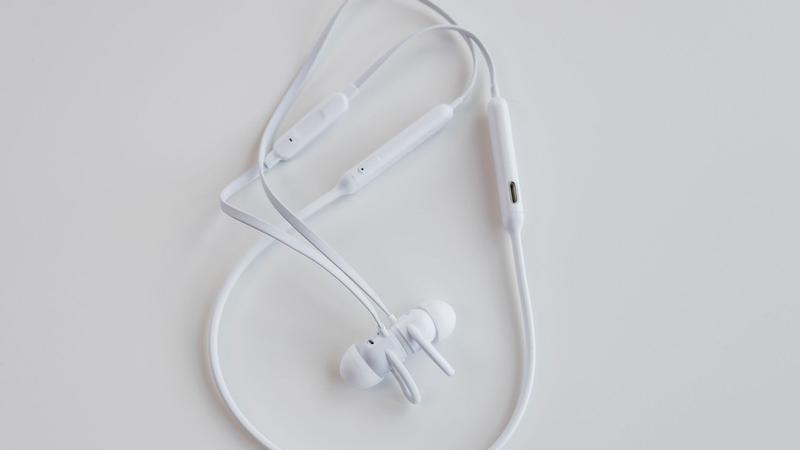 The BeatsX neckbuds are one of a small number of earphones that feature Apple’s own W1 chip, allowing for quick and easy setup with iOS devices running iOS 10 or later. Simply turn on earphones and hold them near your iPhone, and a pop-up should appear on-screen to indicate successful pairing. Once that process has been completed once, the W1 chip enables extremely fast connection times – in our experience, the earphones connect to our iPhone within one or two seconds of being turned on.

But if you assume the presence of the W1 chip indicates the presence of smart features similar to those offered by AirPods (pausing playback when taken out, double-tap to activate Siri, etc), you are wrong. That’s not to say it doesn’t offer any benefit though; the W1 chip enables impressive battery life and blisteringly fast charge times.

More specifically, the BeatsX neckbuds offer around eight hours of playback on a single charge. That’s not bad, especially when you consider how lightweight the earphones are, but it’s the recharge rate that really makes the earphones stand out from the crowd.

Thanks to Fast Fuel technology, five minutes of charging via Lightning cable will provide you with around two hours of battery life, and it only takes 40 minutes to go from flat-to-full. Even if you’re caught out with no battery, a couple of minutes of charging will be enough to get you through most journeys and gym sessions.

You’ll also find in-line media controls and a built-in microphone, allowing you to use Siri, make and receive calls and control media playback, all without needing to get your phone out of your pocket.

But while the BeatsX sport a great design and impressive battery life, none of it matters if the neckbuds can’t perform in the audio department. Thankfully, that’s not the case with the BeatsX earphones. While Beats once had a reputation for only focusing on bass and drowning out the mids and highs, that’s certainly not the case with these earphones. The bass is still powerful, as you’d expect from Beats-branded earphones, but they’re much more balanced with clear, crisp mids and highs and not even a hint of distortion.

The noise isolation is equally as impressive, despite it not being a feature mentioned on the BeatsX product page. While it’s not active noise cancellation (a feature not yet found on any neckbuds), the BeatsX do a great job of blocking out exterior sounds, allowing you to enjoy your favourite tunes without having to pump them up to deafening levels.