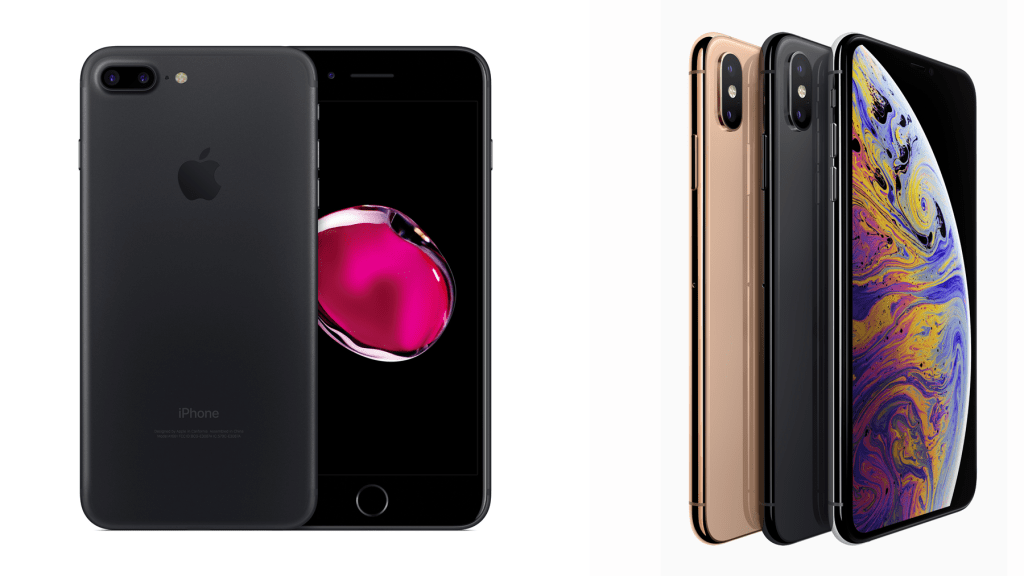 This isn’t in any way a fair fight. The XS Max is the current flagship iPhone, and as such is loaded with the latest processors, cameras, and display technology. It’s a far better smartphone than the iPhone 7 Plus. But, it has to be, because the price difference, now that the 7 Plus has been discounted, is absolutely enormous. When you discount the 32GB version of the older model (which shouldn’t really exist in 2018) then you have the iPhone 7 Plus 128GB at nearly half the price of the XS Max.  £600 can buy a lot of things, so if you’re not too bothered about the latest and greatest, then the top tier iPhone 7 Plus could serve you well for a few years while saving you a lot of money. If on the other hand, you are considering updating your now two-year-old iPhone 7 Plus to an iPhone XS Max, the additional £430 compared to the 7 Plus when it arrived is certainly a high price to pay. But, it seems, the days of flagship iPhones costing less than a grand are long gone, but with the improvements to iCloud perhaps you don’t need to spend as much on storage.

Apple’s iPhone XS Max features the largest display to grace an iPhone so far. But with big real estate comes a hefty price. We see how the latest leviathan compares to the older, but now much cheaper, iPhone 7 Plus, to see if bigger really is better, and whether the iPhone XS Max would be a worthwhile upgrade from the iPhone 7 Plus if you already own that handset.

Apple announced the iPhone XS Max (alongside the iPhone XS, iPhone XR, and Apple Watch Series 4) at its September 2018 event. Pre-orders began on 14 September, with the official release date following a week later on 21 September.

Prices are as follows;

At that same event, it was revealed that both the iPhone 7 and iPhone 7 Plus would remain in the current range, but at a reduced cost.

These are how the new prices line up:

If you bought an iPhone 7 Plus back when it launched in 2016, how the price of Apple’s flagship phone then compares to what you’d need to pay now, is stark.

That’s an additional £430 compared to the 7 Plus when it arrived. But, it seems, the days of flagship iPhones costing less than a grand are long gone.

You can order an iPhone 7 or 7 Plus directly from Apple UK or Apple USA, plus we recommend checking our Best iPhone deals 2018 page for the latest deals.

By now, the iPhone 7 Plus design should be very familiar with Macworld readers. It’s almost identical to the iPhone 6 Plus which was introduced back in September 2015, albeit with the unfortunate ‘upgrade’ of having the headphone jack removed. 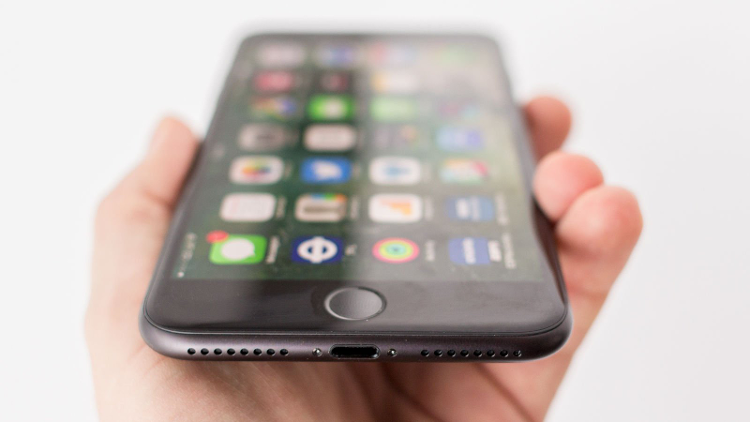 There are some subtle other tweaks: The Home button isn’t actually a physical button at all but rather a Force Touch panel that uses software to make it feel like you pressed it, there are twin cameras on the rear, and Apple introduced an IP67 water and dust proof rating for the first time.

All of that is fine and dandy, but skip forward a couple of years and the thick upper and lower bezels on the front panel make the aesthetic feel very dated, especially when compared to its newer rivals.

Step forward the iPhone XS Max. As the name alludes, the design takes much from the iPhone X that debuted last year, and which Apple has now retired to replace with the iPhone XS.

The large 6.1in Super Retina display is an OLED panel, unlike the 5.5in LCD one on the iPhone 7 Plus, with rich colours and pin-sharp graphics. It stretches for nearly the entirely of the front, thanks to the removal of the Home button in favour of the Face ID cameras housed in the now ubiquitous ‘notch’ at the top of the display.

A stainless-steel chassis contains the standard collection of buttons, with stereo speakers and a lightning port making up the rest of the compliment.

The rear of the iPhone XS Max is glass to allow wireless charging. This was a feature introduced on the iPhone 8/8 Plus and X, so the iPhone 7 Plus has to stick with a standard lightning cable option for its power. 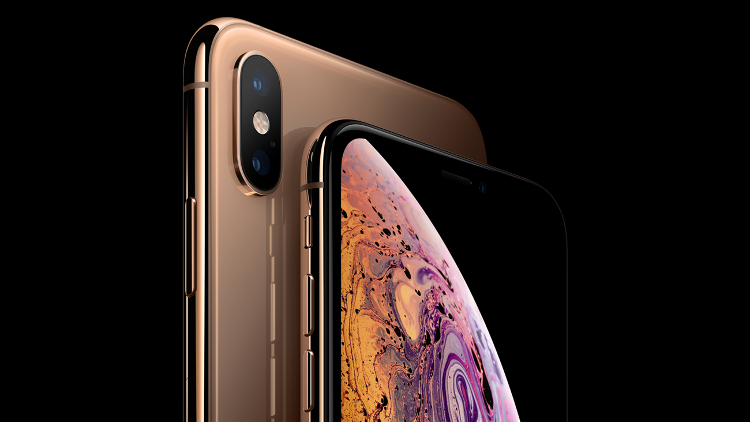 Both devices have dual-camera units, with the same 12Mp f/1.8 + 12Mp f/2.4 arrangement. Apple states that the newer release has an upgraded sensor, and a more powerful CPU, to vastly improve its camera performance. So, while the iPhone 7 Plus is good, the XS Max bests it once again.

Finally, the XS Max also comes with an IP68 water and dustproof rating, which means it should survive any accidental dunks more assuredly than its elder brother.

One of the main areas that Apple focussed on during its unveiling of the 2018-2019 range, was the new A12 Bionic processor. This promises around 15% increased general performance, with an impressive 50% better energy efficiency. The latter should deliver strong battery life, which is good because those lush OLED panels can be quite a drain.

Of course, those gains are set against the A11 Bionic that featured in 2017’s iPhone X, 8 and 8 Plus models. The iPhone 7 Plus comes equipped with the generation before, the A10 Fusion, which was a fine chip when it was released, but will struggle to compete with the A12’s raw power.

Another advantage of the newer chip is improvements to what Apple calls the Neural Engine. This is a key part in the camera performance, with the company claiming that it ushers in a new age of photography. 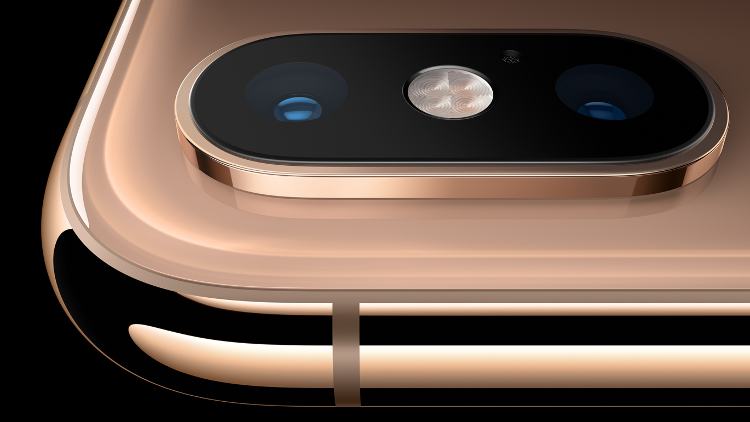 Smart HDR means that more highlights and low-light details can be captured, while a barrage of other new improvements make the XS Max a formidable device for capturing images and video.

Here is a breakdown of the full specifications of both devices:

iOS 12 runs on the iPhone 7 Plus and the iPhone XS Max, bringing with it various performance enhancements which should benefit the older model.

There are features, such as Animoji and the new Photo app that allows users to alter the focus of background after an image is taken, which require newer hardware, but on the whole the iPhone 7 Plus should feel quite sprightly after the upgrade.

Another thing to bear in mind is whether you really need to max out the storage now that iCloud can store so much of your data in the cloud. This could be worth considering when you decide on how much storage you really need on the device.

Read our iOS 12 review for more details of what’s included in the new update.