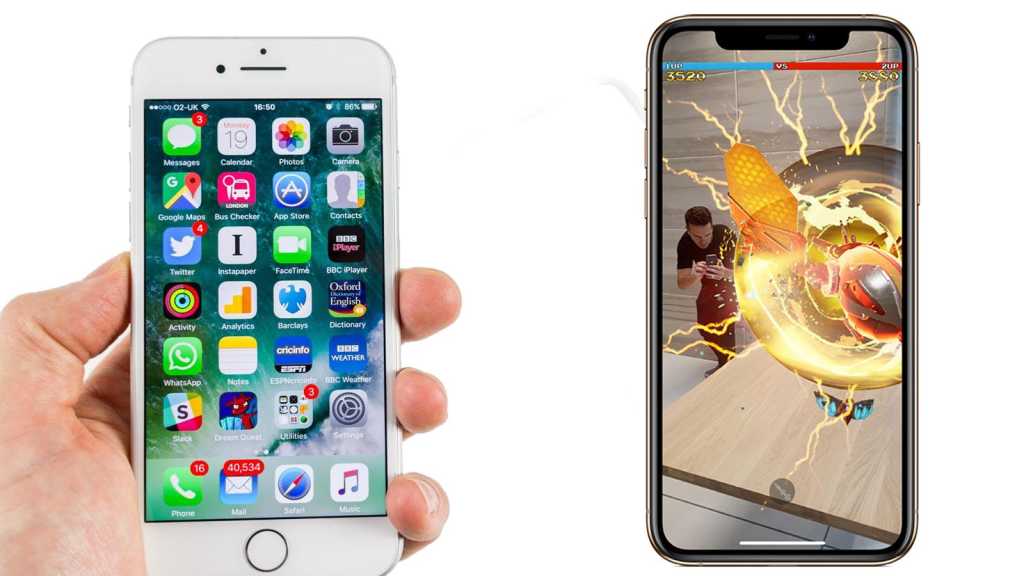 With the XS comes the latest processors, cameras, and display tech, Portrait mode, Animoji and much more. But, there is a huge price difference, especially now that the 7 has been discounted. As we said above the price difference is almost enough to buy an iPhone XR when it launches. If you are looking for a new phone and you don’t want to spend a fortune the iPhone 7 might appeal, but there are better iPhones available that don’t cost a lot more. When the iPhone XR launches that may well be a better fit for you unless the size really puts you off. If it is the size of the handset that worries you, rather than buy an iPhone 7 we’d say look at the iPhone 8, it’s the same size and it has a better processor, and only costs £599/$599 for the 64GB version, £150 more than the 32GB iPhone 7 which we already said you shouldn’t buy. If you are upgrading your iPhone 7 we’d say that the iPhone XS is a very good option. Consider that you may not need as much storage as you used to if you are reeling at the high price – much higher than you would have paid when your iPhone 7 was new. Alternatively, for less expensive option consider the XR when it arrives in October 2018.

Find out what £1,000/$1,000 gets you if you spend it on an iPhone XS, and whether those features are worth the price of more than two iPhone 7 handsets. 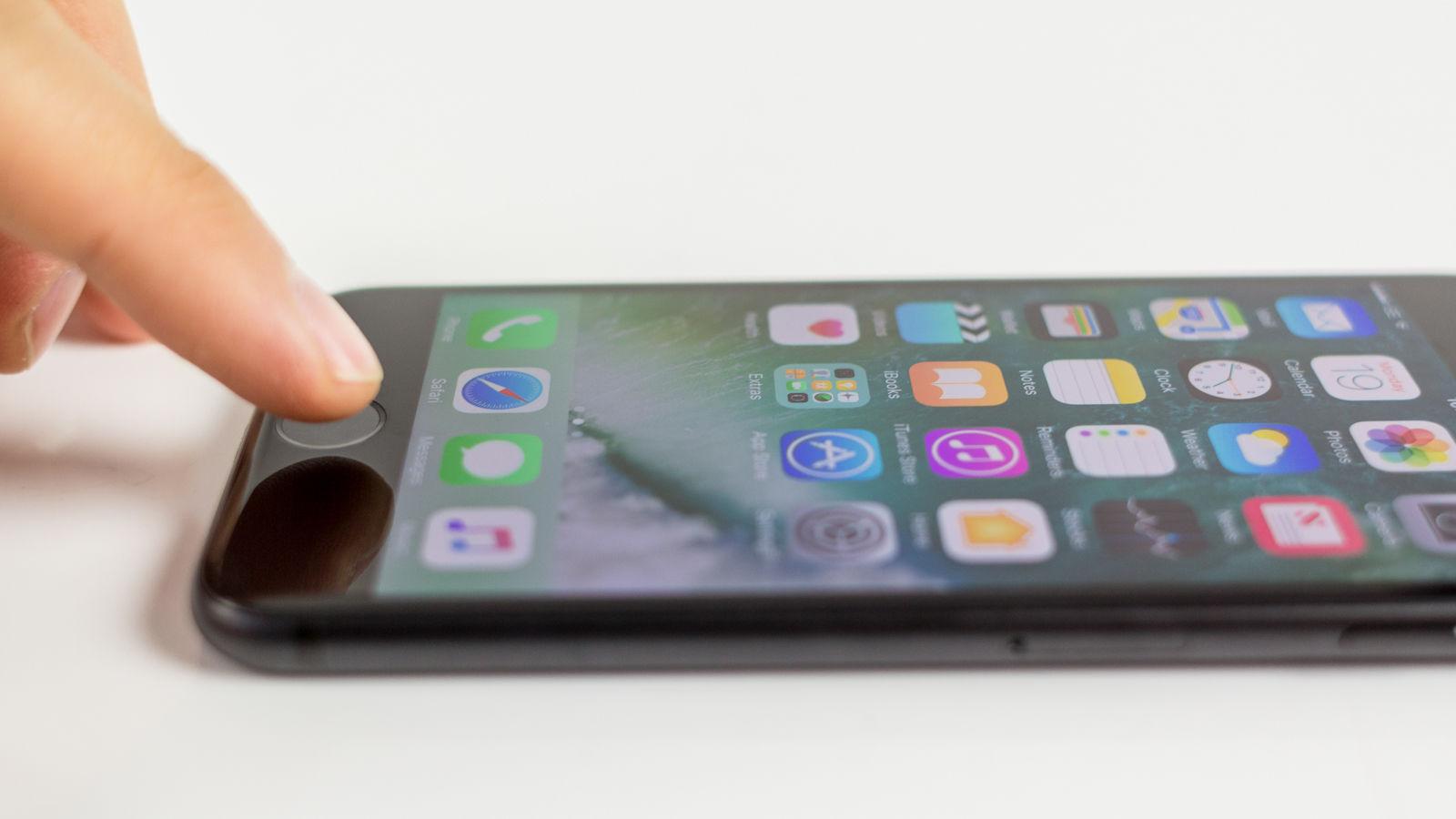 Click here to buy the iPhone XS from Apple UK or Apple USA. 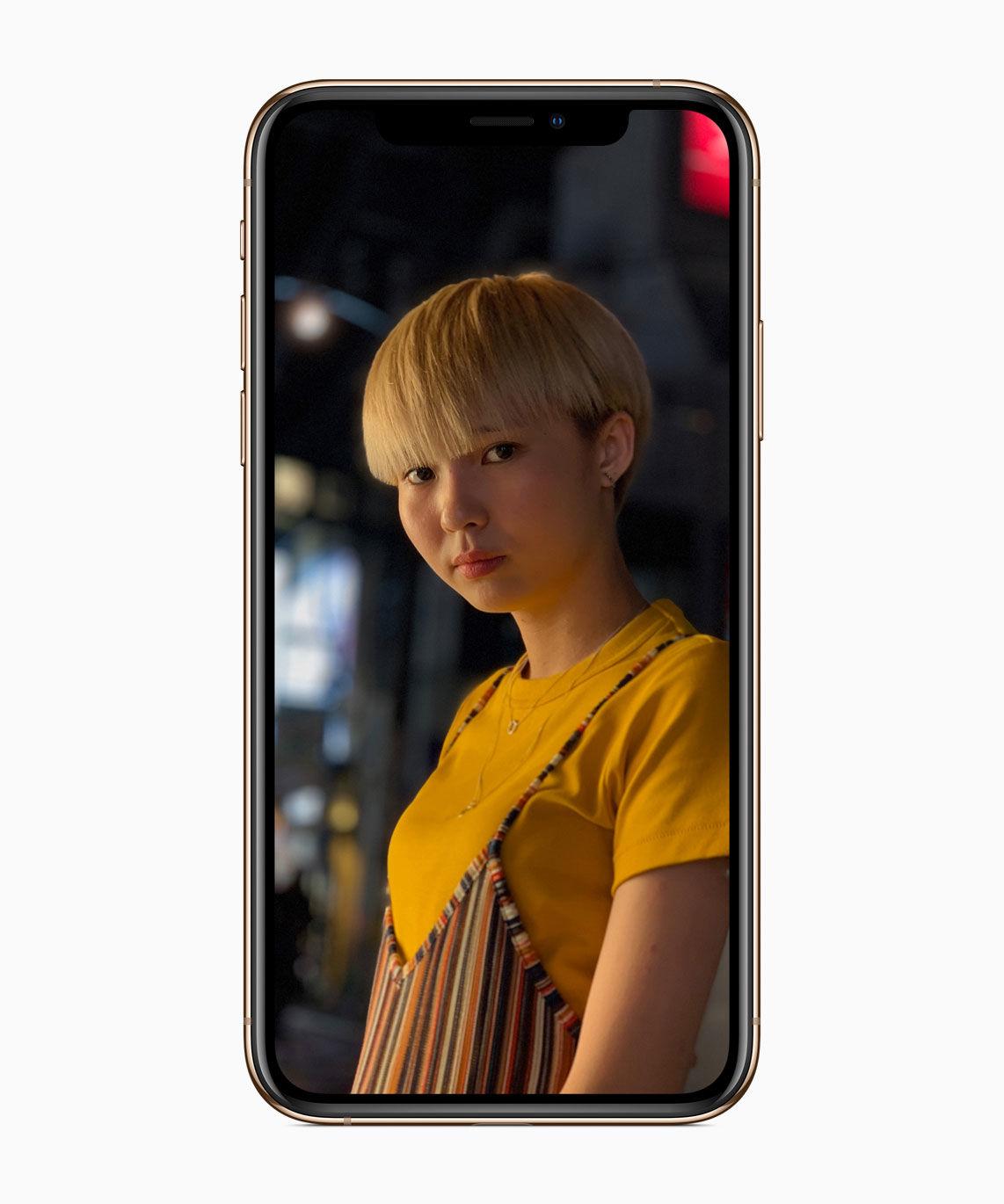 Click here to buy the iPhone 7 from Apple UK or Apple USA.

If you are really looking for a bargain but don’t want to sacrifice too much in terms of specs, it’s worth considering the iPhone XR, which will launch on 26 October and will cost from £749 if you want to get a phone that gives you a bit more for your money. We compare the iPhone 7 and iPhone XR here.

However, if you bought an iPhone 7 back when it launched in 2016 and you are wondering just how much of a speed and feature boost you will get if you upgrade to the iPhone XS, then read on to find out.

If you are looking for the best deal on a new iPhone, we recommend checking our Best iPhone deals 2018 page for the latest deals.

The iPhone 7 launched in September 2015, so it’s already a few years old, but the design is even older, as it looks just the same as the iPhone 6 did when it launched back in 2013. The main difference being that the iPhone 7 was available in rose gold, jet black, black, silver, and gold, unlike the 6 which came in silver, space grey and gold. Now you can only get the iPhone 7 in black, silver, gold and rose gold.

Speaking of colours, the iPhone XS is available in gold, Space Grey and silver. The iPhone XS gold shade is somewhere in the middle of the older rose gold and gold shades and, we think, much more attractive. 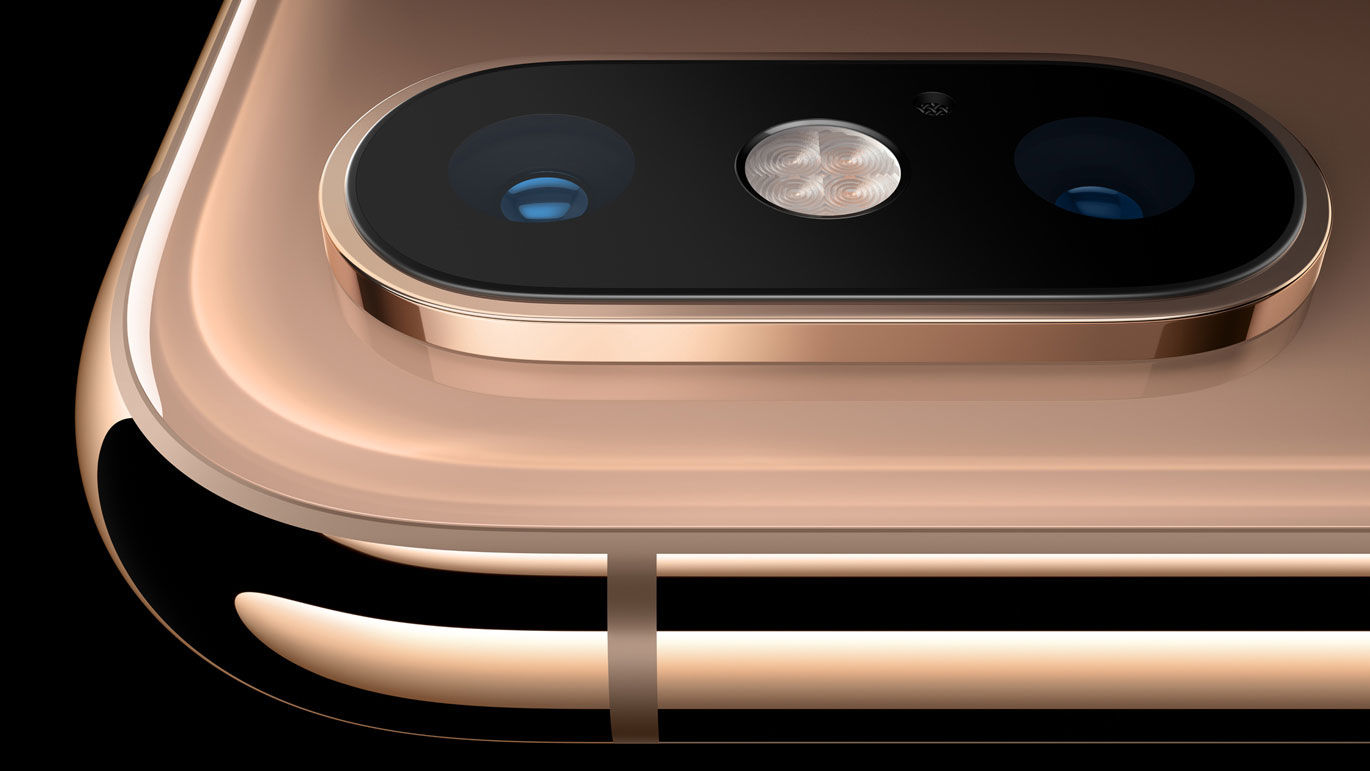 The other difference to the design of the iPhone 7 compared to the 6 and 6s, was the removal of the earphone jack, which people despaired about at the time, but no iPhone since has featured it, so its something we have had to accept.

For some people the iPhone 7 will be a familiar design, a design that says iPhone to them, but since Apple launched the iPhone X back in 2017, the company has rewritten the rules of what an iPhone looks like.

Rather than bezels top and bottom, and a Home button (which said iPhone in just the same way as the click-wheel used to say iPod) the front of a modern iPhone is all-screen, with the exception of the notch, which is a small area cut out of the screen that conceals technology that makes it possible to unlock the iPhone with your face rather than your finger print. 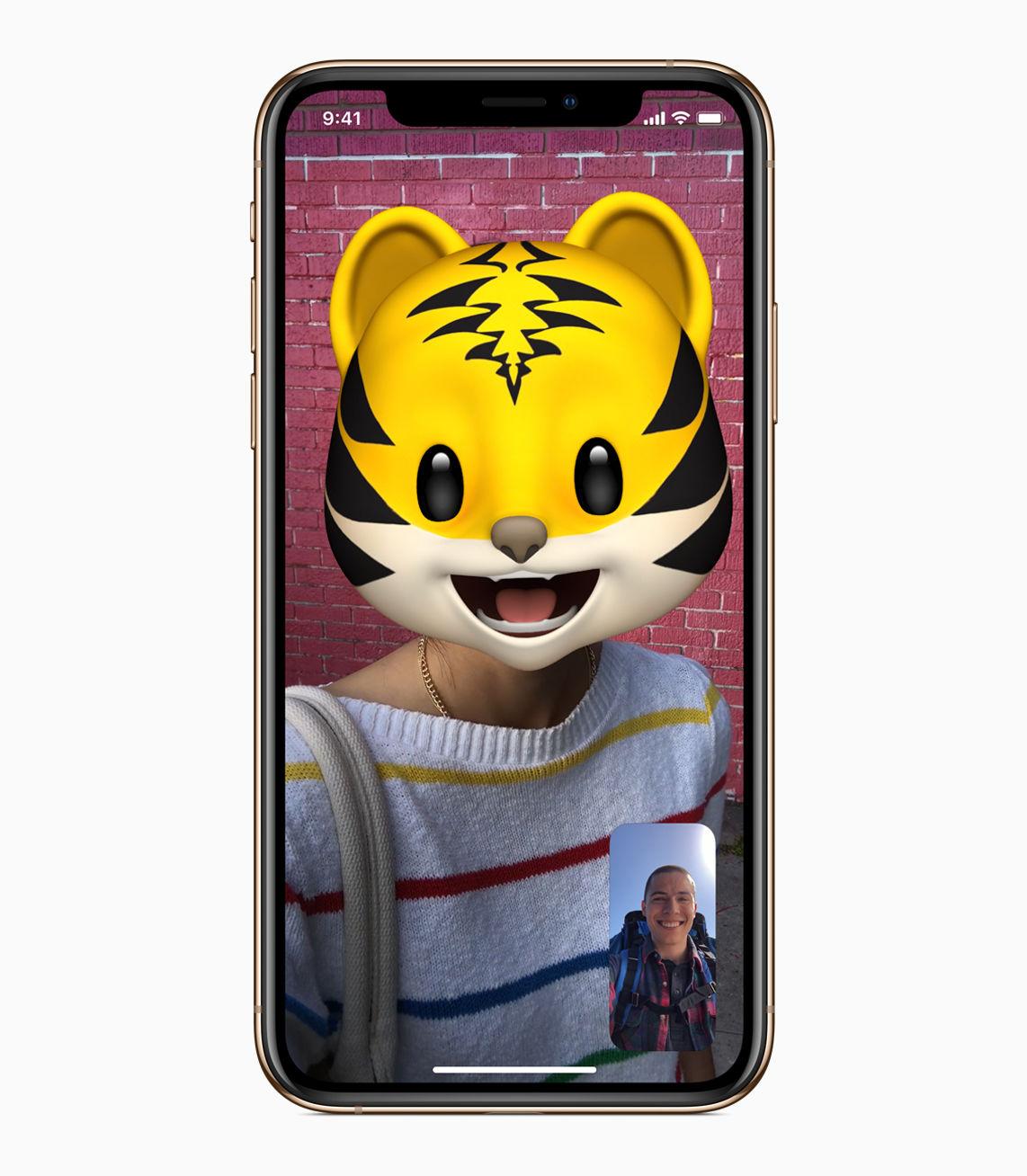 The screen on the iPhone XS, like the X before it, is a Super Retina OLED panel, which basically means you can expect rich colours, sharp graphics and to be able to see more detail in the darker areas and blacks thanks to the high dynamic ranger (HDR). Apple says the display delivers the “most accurate colour in the industry”.

The iPhone 7 screen is good, but it’s not as good as the screen on the iPhone XS. It’s also a lot smaller. By reducing the bezels on the iPhone XS (and previously the X) Apple is able to use a 5.8in screen without making the phone itself much bigger. The iPhone 7 is a similar size and yet the screen is just 4.7in. Here’s how the dimensions compare:

The iPhone 7 is about half a centimetre longer, and 3mm wider than the XS. Not a massive difference unless you have particularly small pockets. The iPhone 7 is also a bit lighter – well 39 grams lighter, but that’s about what four pound coins weigh so unlikely to be that noticeable.

Turning the phones over, there is also a difference. The iPhone XS has a dual camera set up which makes it possible to take Portrait mode photos (where the subject is in focus but the background blurry). This feature used to be the domain of the iPhone Plus models – it first arrived with the iPhone 7 Plus and was absent from the iPhone 7 and 8 (although there were workarounds available if you were desperate for the feature, read How to get Portrait mode on an older iPhone). 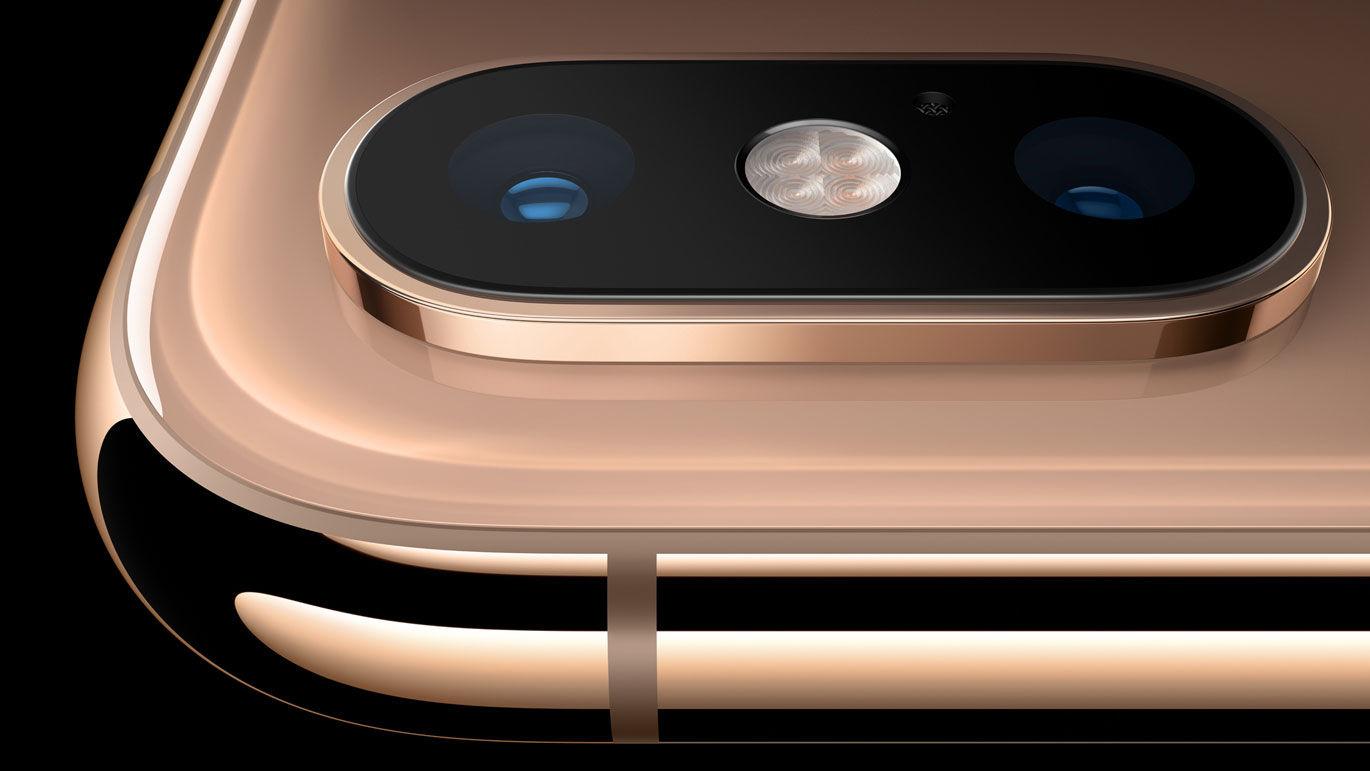 When the iPhone X launched in 2017 it had Portrait mode, and the XS has it too. So, you can get this nice photographic mode on the XS as well as the XS Max. This mode will also be available on the XR when that handset launches.

While, as we said, it is possible to create something like Portrait mode on the iPhone 7 you are never going to achieve the effect you would get from the XS or any other iPhone with dual-camera set up.

Finally, there is one more difference between the two phones. The iPhone 7 has a IP67 water rating which means it’ll survive dips to a depth of 1 meter for up to 30 minutes. The iPhone XS, with its IP68 rating, can withstand being submerged in 2 metres of water for up to 30 minutes, according to Apple (which is more than the usual IP68’s 1.5m target).

Of course, even with the better waterproofing rating this doesn’t mean that you should take your iPhone XS swimming. Apple isn’t guaranteeing that giving your iPhone a bath won’t break it – and if it does it won’t repair it for free, because your iPhone warrantee wont cover your iPhone for water damage.

Speaking of repairs, if you drop your iPhone it won’t just be the front that breaks. The glass back means you could end up having to replace the glass front and back on your iPhone. While Apple says that the iPhone XS has the “Most durable glass ever,” we doubt very much that it’s durable enough to withstand being dropped repeatedly. So get yourself an iPhone XS case!

That was a few years ago, though and things have got exponentially faster since. In 2017 we had the A11 chip, with two high-performance cores and four high-efficiency cores. Plus, where the A10 could only use two of its four cores at once the A11 can use all six cores at once. Compared to the A10 the A11 gave iPhones a 70% performance boost.

On top of that the A11 GPU delivered 30% performance increase and used half the power to do so. We mention these features only because the iPhone XS is a jump up from that with the A12 Bionic chip and associated benefits.

Apple’s A12 Bionic chip has two performance cores and four efficiency cores like the A11 did, and, as with the A11, all six can be harnessed at the same time if necessary. Those performance cores are 15% faster than the A11, and the efficiency cores use 50% less power. So, compared to the A10 we are talking a 30% increase plus a 15% increase in terms of performance. Of course, that doesn’t really tell us much and that’s why we’re running benchmarks and will add them to this article when we can. 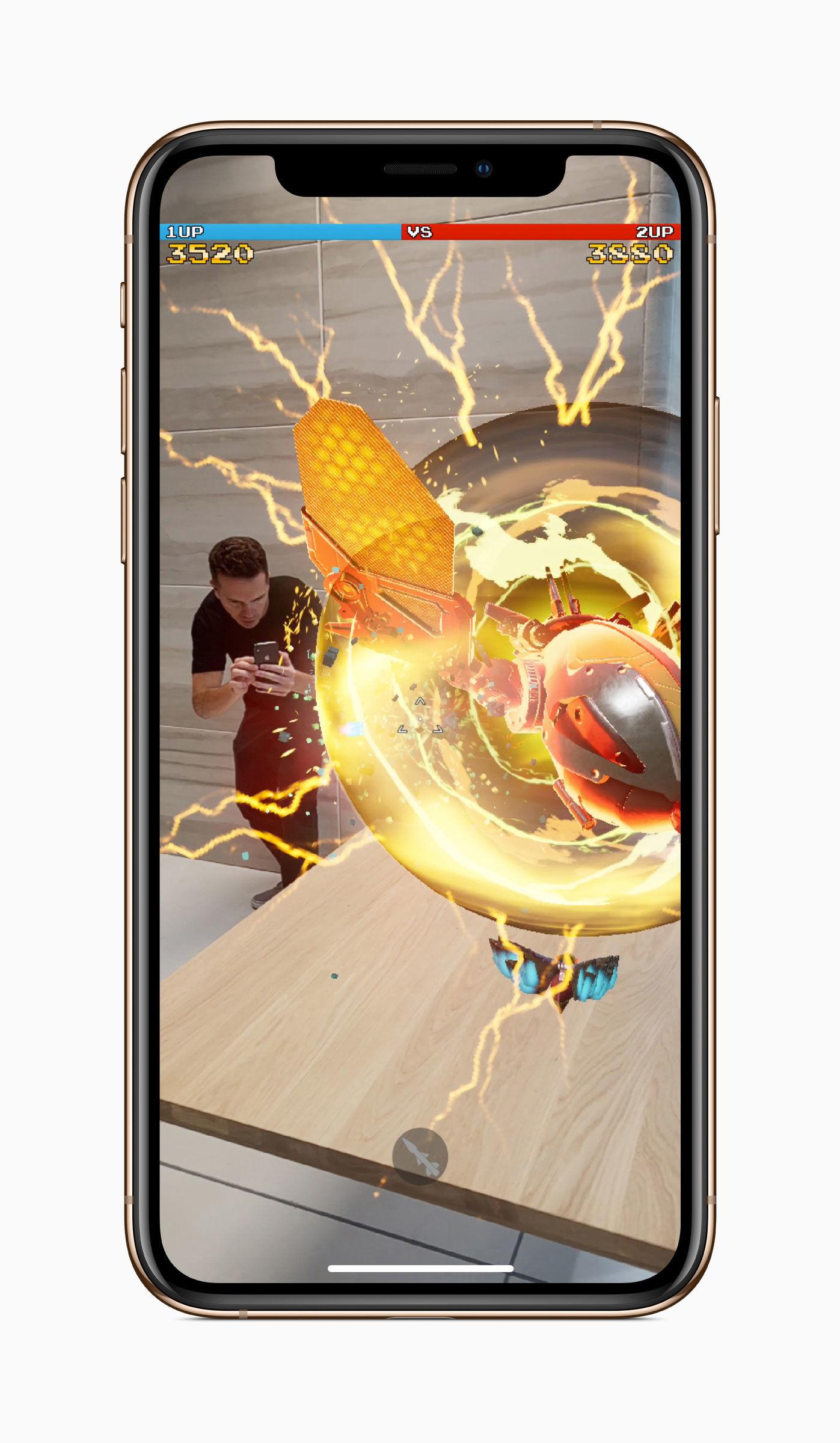 The A12 Bionic also has a Neural Engine, which means it can use real-time machine-learning for photos, gaming, augmented reality and the like. Plus Apple says the new GPU brings improved graphics in games and video editing. That GPU is 50% faster than the A11 Bionic, which was already 30% faster than the A10… All in all this adds up to a very significant performance increase compared to the A10, but, it may well be that those benefits are lost on you if you aren’t a big game player and you aren’t obsessed with photographing everything.

Besides the processor and graphics improvements you get on the iPhone XS, another difference you might want to consider is the storage. The iPhone 7 has a 32GB and a 128GB option. 32GB is probably too limiting, to be frank we wouldn’t advise buying a 32GB iPhone. Instead, if you are considering buying an iPhone 7 it’s necessary to spend £100 more and get the 128GB version.

There is no 64GB iPhone 7 now. But there is a 64GB iPhone XS. Suppose you are updating from a 128GB iPhone 7 and wondering if the 64GB iPhone XS will be too small for you. One thing to bear in mind if that if you sign up to iCloud and store your photo library there you might be able to get by with less storage space on your device. We have used a fraction of the space available on our iPhone because so much of the data that would have been stored on it in the past is now in iCloud. Save yourself some money and upgrade your iCloud storage is our advice.

The software that runs on the iPhone 7 and the iPhone XS is the same – both phones can run iOS 12 which was released on 17 September 2018. It brings various performance enhancements which should benefit the older iPhone – indeed if you are currently using iOS 11 on an iPhone 7 update and see if it improves things enough to get you through the next month until the iPhone XR comes out.

There are some features that you can’t get on the iPhone 7, such as Animoji, Portrait mode, and the new feature that allows users to alter the focus of background after an image is taken. If you enjoy playing games the newer games are going to run better on the iPhone XS then they do on the iPhone 7 thanks to the fader processor, graphics boosts and the Neural Engine.

Read our iOS 12 review for more details of what’s included in the new update.