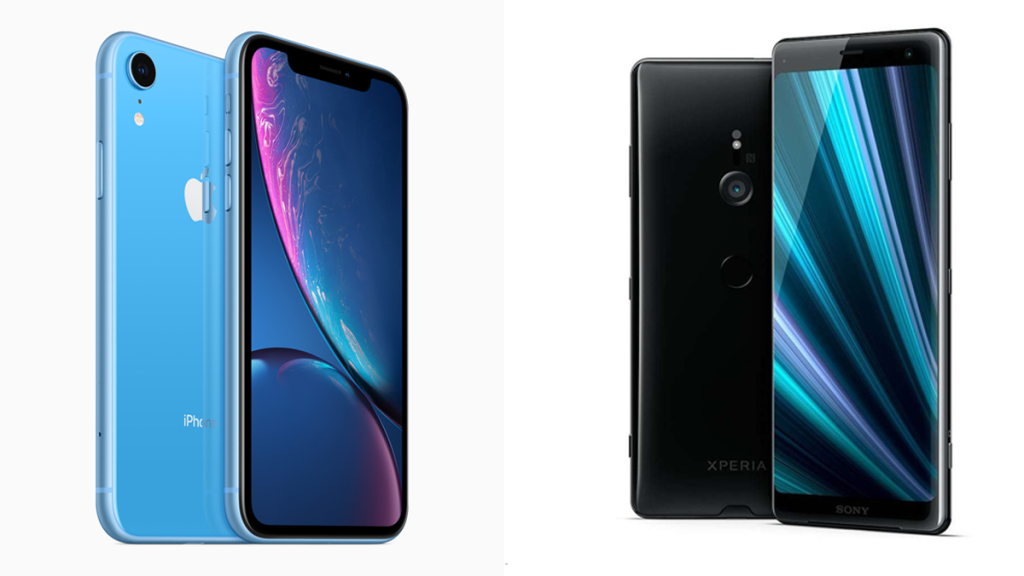 There are many predicting that the iPhone XR will be the go-to option for many people considering an upgrade this year. We can see why: the design is bang up to date, it features a spacious screen, has the latest processor onboard, and comes in a fair bit cheaper than the other new models. That being said, it isn’t cheap and the display is still LCD rather than the OLED ones usually found on handsets in this price bracket. Sony has put together a very tempting combination of features and design, while actually coming in around £50 cheaper than the XR, at least in the UK. If you’re happy to move to Android then it is a very good device, but for Apple fans an iPhone is an iPhone and the XR is a solid option.

Apple has announced its new ‘cheaper’ iPhone for 2018/19, called the iPhone XR. It comes in a range of colours, features the iPhone X-style design, and is around £250/$250 cheaper than the flagship iPhone XS. But how does it compare to a similarly priced premium smartphone launched this year by Sony? We take a look at what the iPhone XR and Sony Xperia XZ3 have to offer. (We review the iPhone XR here).

The iPhone XR comes in three different storage options, with prices starting at £749/$749.

This is how they line up:

Each variant is also available in a choice of six colours: white, black, blue, yellow, coral and (Product) Red. 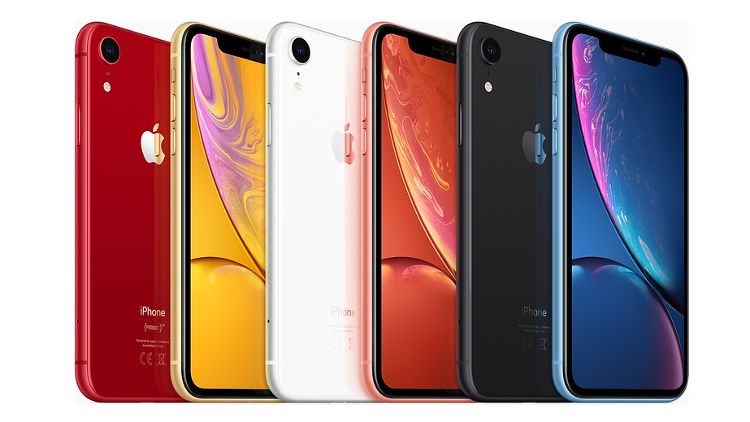 The iPhone XR was released on 26 October: you can buy from Apple right now. We’ve also got a guide to the best iPhone XR deals.

There’s a solitary 64GB storage option for the XZ3, but as it supports microSD this can be expanded up to a massive 512GB.

The XZ3 is now available to buy in the UK, and Sony is asking £699. US customers can pre-order for  $899 on Amazon but it won’t be available until 17 October. This might look like a wild disparity, but at current exchange rates it amounts to a very similar outlay.

Colour options aren’t quite as varied as on the iPhone XR, with black, white/silver and red liveries on offer.

The iPhone XR takes heavy inspiration from the iPhone X, so the front panel dispenses with the Home button and instead has a nearly edge-to-edge display with the now infamous ‘notch’ at the top housing the Face ID cameras. 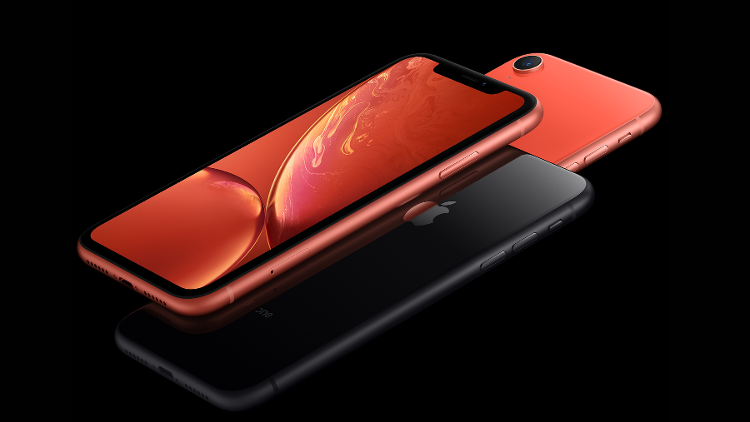 An aluminium chassis contains the normal range of buttons, no headphone jack, and a Lightning port, while the rear of the device is glass to allow wireless charging. A single camera lens is a clue to the lower status of the XR, as you’d find twin shooters on the iPhone X, XS and XS Max.

Something the XR isn’t lacking is size. The 6.1in LCD panel (clue number two, as the costlier OLED is used on the X and XS range) is a large display to work with and as such the device is a handful. That said, it’s more compact than the iPhone 8 Plus while having a bigger screen.

While the LCD screen should work in the favour of battery life, it does seem a shame that Apple chose this older technology for a phone that still costs as much as the XR. OLED and AMOLED have been standard in cheaper Android models for years now, and it does seem a curious place to save money.

The Sony XZ3 is a tall phone, due to the 18:9 aspect ratio that most Android device manufacturers have adopted over the past year or so. This makes it narrower in the hand, which might be an advantage for those with more petite fingers. 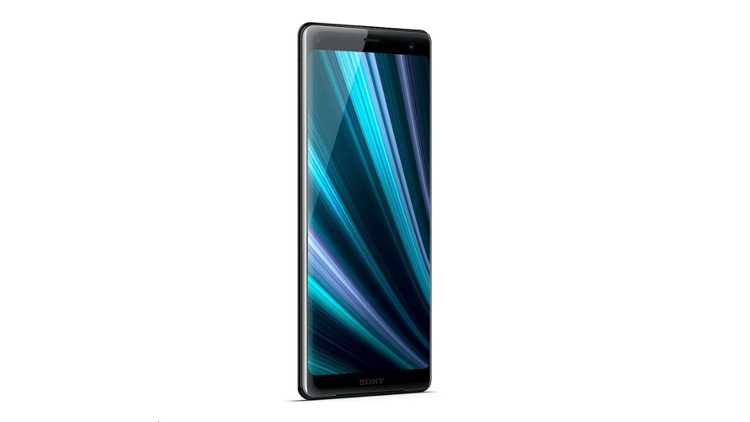 In terms of display it’s very similar to the iPhone XR, arriving fitted with a 6in panel. There are differences though, as the XZ3 features curved edges, uses the superior P-OLED rather than LCD, boasts a full HD resolution, and is notch-free.

A curved glass back is home to the fingerprint sensor and single camera lens. Wireless charging is all present and correct, but there’s no headphone jack, only a USB-C charging port and microSD card slot. 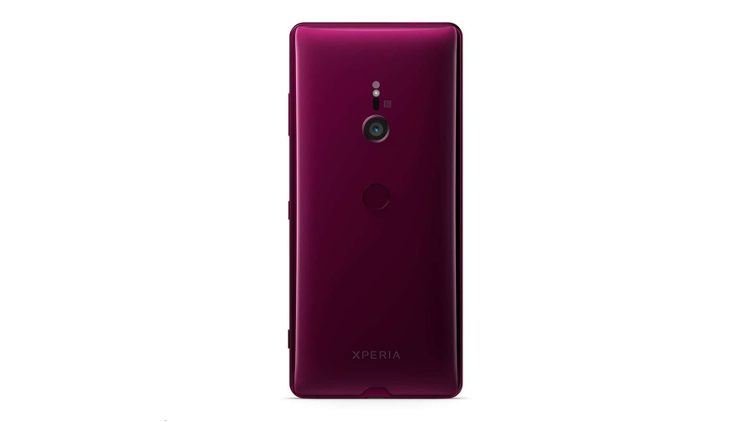 Both devices have protection against water and dust, but the iPhone XR’s IP67 rating isn’t quite as sturdy as the IP68 found on the Sony.

The main technical upgrade in the iPhone XR over its predecessors is the A12 Bionic processor that Apple says is capable of 15% gains in performance, plus 50% more energy efficiency.

There’s also a slightly bigger sensor in the 12Mp camera, which when paired with the increased power in the processor, is claimed to be a big leap forward in terms of smartphone photography.

We haven’t had a chance to put these assertions through their paces as yet, but be sure to look for our full in-depth review to see just how well it performs.

Sony has included plenty of high-end specs in its XZ3, with the latest Qualcomm Snapdragon 845 processor, super slo-mo video capture up to 960fps, Bluetooth 5.0 with aptX, and a 19Mp Motion Eye camera.

It doesn’t boast the 6GB or 8GB of RAM found in some other Android flagships, but 4GB is still a perfectly acceptable amount for everyday use.

Here is a breakdown of the full specifications for both devices.

If you haven’t yet chosen your side in the mobile platform wars, then you’re in a good place right now. Both iOS and Android are in fine fettle, with app parity almost achieved.

Should iOS float your boat, then the iPhone XR comes with the very latest iteration (iOS 12) and will blend perfectly with your other Apple devices.

See our iOS 12 review for more details on what’s included in this new version.

Sony also bats at the top of the order, with Android 9.0 Pie the OS of choice. A light skin means there’s little in the way of bloat or encumbrance, leaving you free to enjoy what has become a very classy mobile environment.

Switching from one to the other will take a few days of acclimatisation, but either will serve you well.