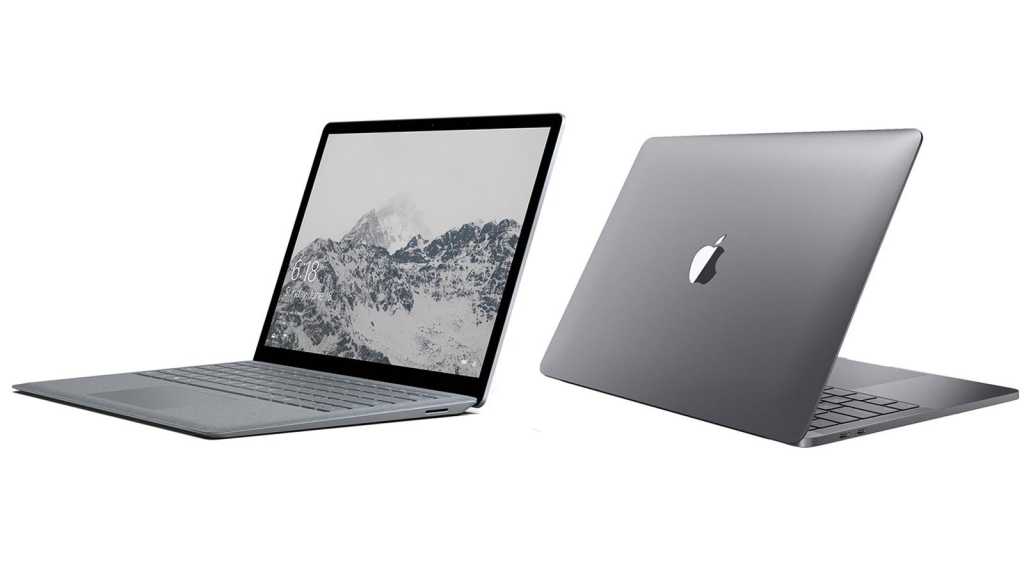 The Surface Laptop 2 is a smart-looking machine that’s available for far less money than Apple’s equivalent MacBook Pro, as well as being a little slimmer and lighter and packing comparable processor and RAM options. That’s without even mentioning the touchscreen display. We still prefer Apple’s classic MacBook design, as aesthetically conservative as the company has tended to become in recent years; and we find macOS a far more pleasurable experience than Windows. But the Surface isn’t a bad alternative by any means, albeit one that’s probably aimed at a slightly different audience – one defined by its applications of choice, and its budget.

Apple’s Macs are niche offerings compared to Windows PCs, but in certain markets they have become a sort of default choice. A creative professional’s high-end laptop, for instance, is usually expected to be a MacBook Pro. But Microsoft would like to change that perception.

The company’s Surface line of hybrid tablets and, more recently, laptops offer an alternative to the Mac: one with its own killer spec list and, crucially for some, the ability to run Windows applications. But is the new Surface Laptop 2 a serious threat to the MacBook Pro?

In this article we look at the pros and cons of the MacBook models released in August 2018 (you can read separate reviews of the 13in and 15in models) compared to the brand-new Microsoft Surface Laptop 2. We weigh up price and value for money, features, specs and design, and help you decide which is the right choice for you.

The Surface Laptop 2 is available now from  Microsoft or Amazon. (It will be launched more widely in 2019.)

You can buy directly from Apple, or peruse our roundup of the best MacBook deals.

The MacBook Pro got a bit of a redesign in 2016 and has remained the same, physically, for the subsequent two editions. It’s a relatively slim (1.49cm thick for the 13in model, 1.55cm for the 15in) and light (1.37kg/1.83kg) laptop with a smart, minimalist aesthetic, although the Touch Bar feature that first appeared in 2016 hasn’t yet taken off with software developers – it feels like a nice gimmick that isn’t yet providing significant practical benefits on most applications – and we’re not convinced by the keyboard.

The keys are pleasant to use, with a shallow but satisfying action, and the sound (thanks to the addition for 2018 of a silicone membrane, which may also be intended to improve dust-resistance) is not offensive. However, we do feel they are crammed too close together. The direction keys at the bottom right are probably the worst for this, and we found it impossible to use them accurately without looking. But Cmd isn’t much better, which is a major concern for hotkey combinations.

The MBP’s trackpad is huge: 16cm by 10cm. It also offers a pleasingly smooth surface and Force Touch.

The Surface Laptop 2, which only comes in one (13.5in) screen size, is slightly thinner (1.45cm) than the smaller Pro. Its weight varies slightly depending on which model you get, but even the heavier of these, at 1.28kg, is lighter than either Pro.

The Surface has in our view a slightly funkier and more modern look, compared to the classic but more conservative design of the Mac. For one thing it’s available in some actual colours (see above): burgundy and blue, on top of the silver and black options that Apple offers. 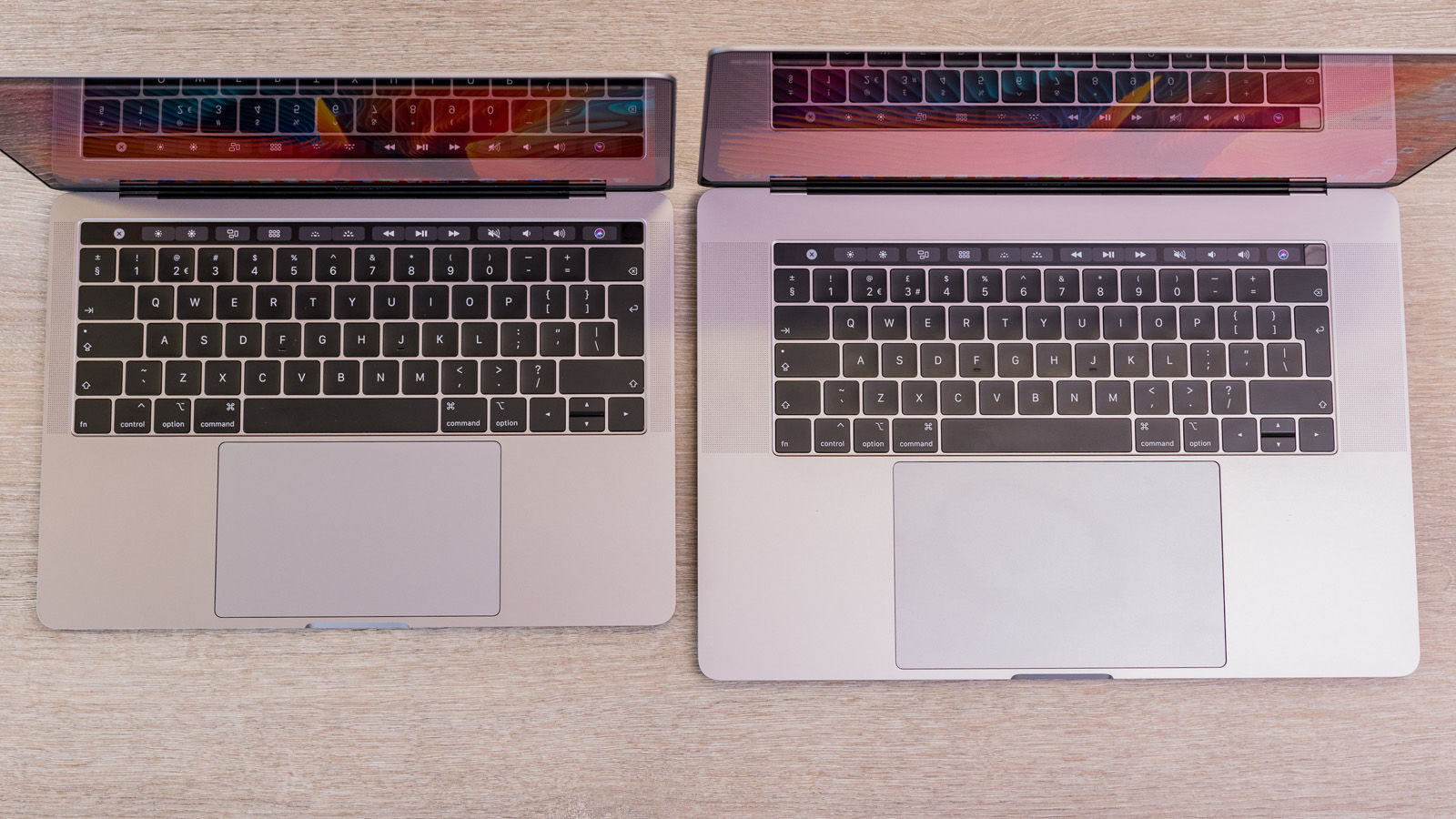 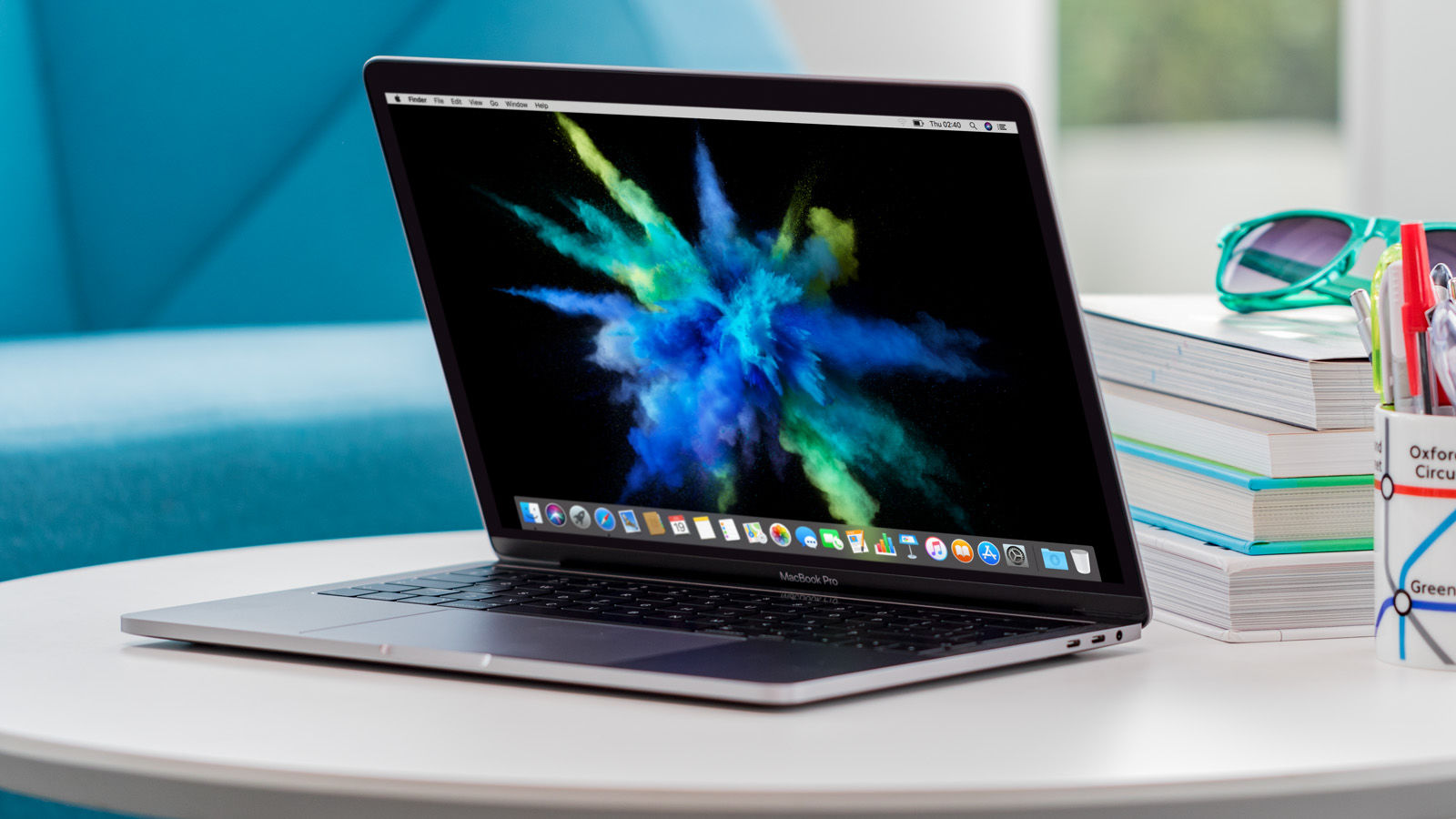 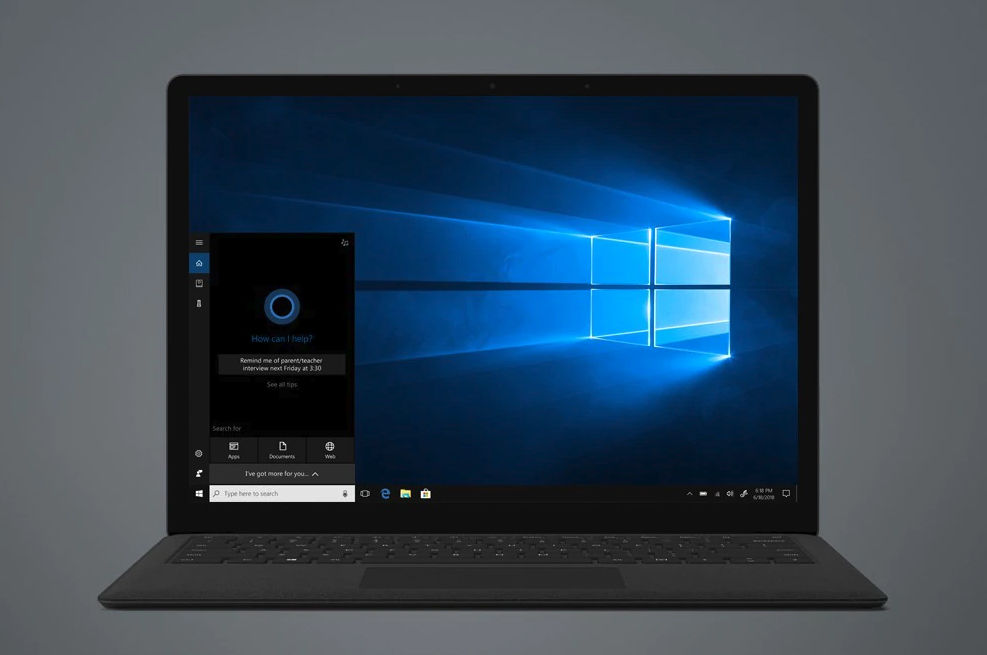 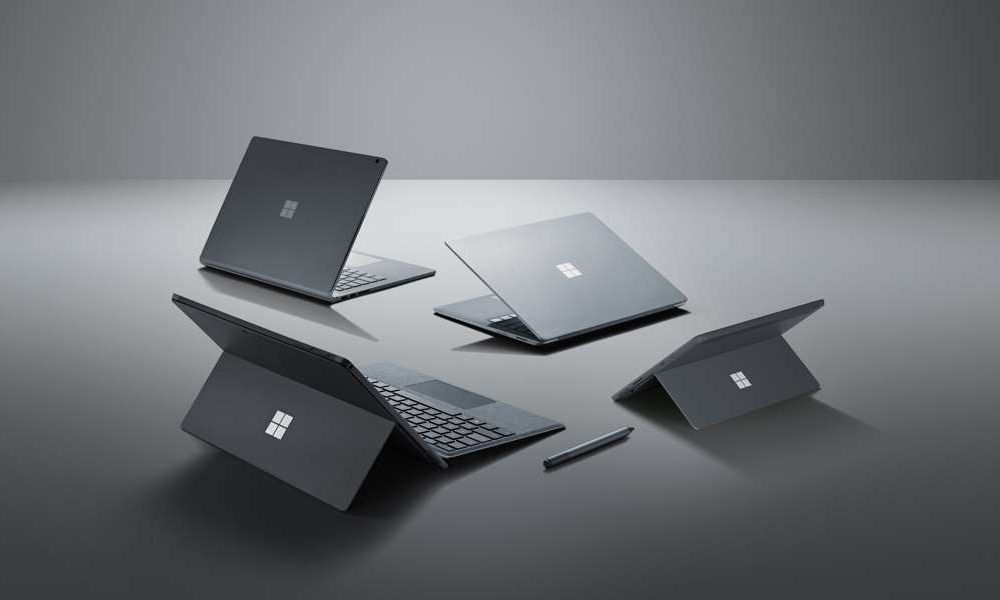 The big difference between the two devices relates to screen functionality: Microsoft offers a touchscreen display on the Surface Laptop 2, something Apple has consistently stayed away from on its Mac range despite recurring rumours.

All the Cupertino company has been willing to provide along these lines is the Touch Bar, a narrow touchscreen strip display that sits above the keyboard. It could be argued that touchscreen laptops are tiring to use because you have to raise your arm, and the Touch Bar avoids this; but it would be nice to have the option.

Both the Surface Laptop 2 and the 2018 MacBook Pro offer i5 or i7 chips from Intel’s eighth generation, and either 8GB or 16GB of RAM, so their power should be comparable.

The Mac has a sharper screen (227ppi, compared to 201ppi on the Surface) with True Tone for more accurate colour reproduction under varying environmental lighting conditions, more storage (up to 2TB) and more advanced Bluetooth, but set against this the Surface’s lower price, smaller form factor and higher claimed battery life.

Here are the specs of the 13in Pro, as the closest in price and size to the Surface Laptop 2. Aside from the larger screen and higher price, the 15in models come with an i7 chip as standard.

In classic Apple vs Microsoft fashion, this is a head to head between Windows and macOS; the Surface comes with Windows 10 Home preinstalled, while the MacBook Pro comes with macOS Mojave.

This is likely to be the single biggest factor in choosing between these machines, since each platform has its own library of applications and idiosyncratic interface. We prefer the way macOS works but that’s mainly because we’re more used to it, and you’d expect Macworld to say that anyway.

More applications – and far more games – are available for Windows. But the sorts of app popular with creative professionals will absolutely be released for macOS, and may even be a better version. And because more people use Windows, it is a more appealing target for malware writers, so security is more of an issue – although not an insurmountable one, provided you take care to install good antivirus software.

For information on each of these OSes, read our macOS Mojave review and our Windows 10 review.