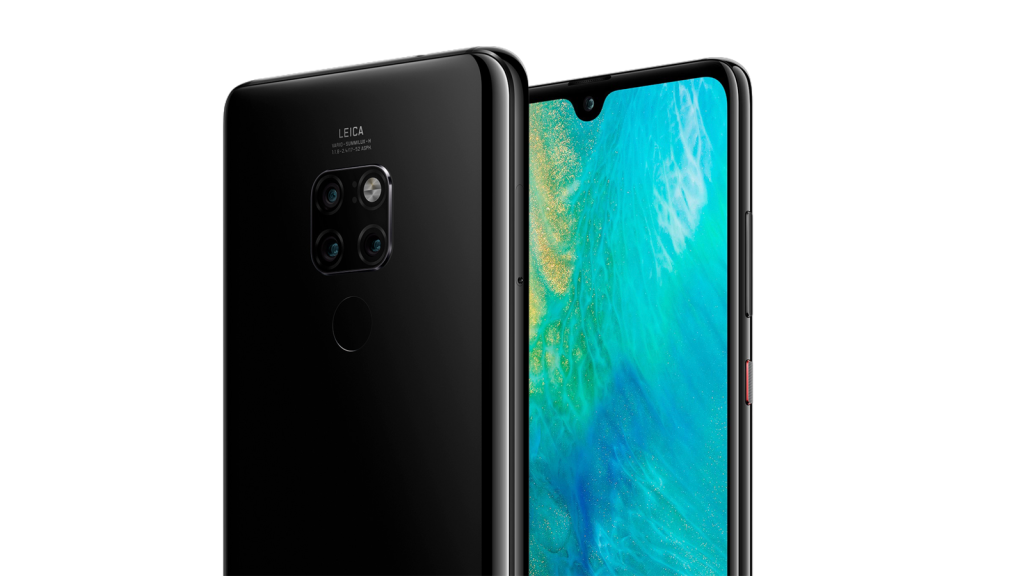 Unless you’re willing to shop overseas, this might be something of a moot point. The Mate 20 is a good phone with some interesting features, but it fails to excite in the same way that its premium brother the Mate 20 Pro does. Apple has brought iPhone X style to the iPhone XR but left behind some of the quality to ensure a lower price. Including the A12 Bionic chip means that the device should be rapid, while delivering an upgraded photography experience, and the new aesthetics are a step up from the tired iPhone 8 design. Of the two the iPhone XR seems the better option, but if the Mate 20 Pro drops in price, then it could prove the best of the bunch.

Chinese manufacturer Huawei has been making up serious ground in the smartphone world recently. It’s now the second biggest seller in the market, pushing Apple down to third, and all without actually being able to sell products in the US due to the difficult political climate surrounding the two countries.

At a recent launch event, the company unveiled a new collection of phones that included the Mate 20 Pro, the Mate 20, and a lavishly expensive Porsche design Mate 20 Pro which costs a crazy 1,695€. In this article we see how the mid-range Mate 20 compares to Apple’s new iPhone XR).

We also compare the Mate 20 and the iPhone XS here.

At the moment it’s a little unclear whether the Mate 20 will actually be released in the UK, and there’s little chance in the US either. So unless this changes, you’ll need to import one from Europe or further afield.

If you really want to buy a Mate 20, GeekBuying has one in Emerald Green, and we advise that you keep an eye on GearBest, the new handset isn’t currently available there but we expect it to be.

The iPhone XR is available to buy from Apple right now. It comes in three different storage options:

Each variant is also available in a choice of six colours: white, black, blue, yellow, coral and (Product) Red. 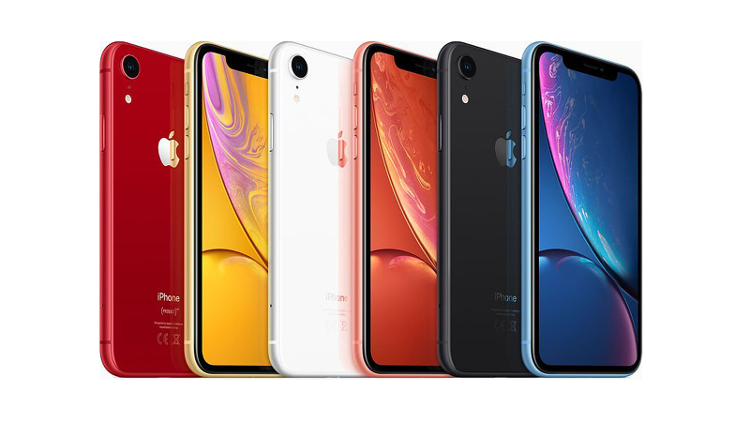 As you’d expect, the iPhone XR is available on contract from all the major mobile providers, and you can also check out our Best iPhone XR deals page for the most up-to-date offers and promotions.

Huawei’s Mate 20 has an interesting take on the notch design Apple made famous with the iPhone X. Rather than an extended area at the top of the screen, there’s instead a small droplet-style covering for the single 24Mp, f/2.0 camera.

Huawei calls this a Dewdrop display, and we have to say it’s one of the best implementations we’ve seen so far, bearing a fair amount of similarity to the Essential Phone released back in 2017.

Of course, this is made possible because the Mate 20 doesn’t have to accommodate multiple cameras and sensors for facial recognition, such as you’ll find on the iPhone XR.

The displays on both are LCD rather than the more desirable OLEDs that adorn their premium siblings, but for most people they will be perfectly fine. The Mate 20’s screen is slightly bigger at 6.53in compared to 6.1in on the XR, but this also means the chassis is both wider and taller.

Neither device is really intended for single-hand use, so bear that in mind if you’re thinking of buying one.

Apple and Huawei have opted for glass backs on their respective creations, which brings with it the useful wireless charging feature. Inspecting the back panels further reveals another difference in cameras, but this time the Mate 20 has more. 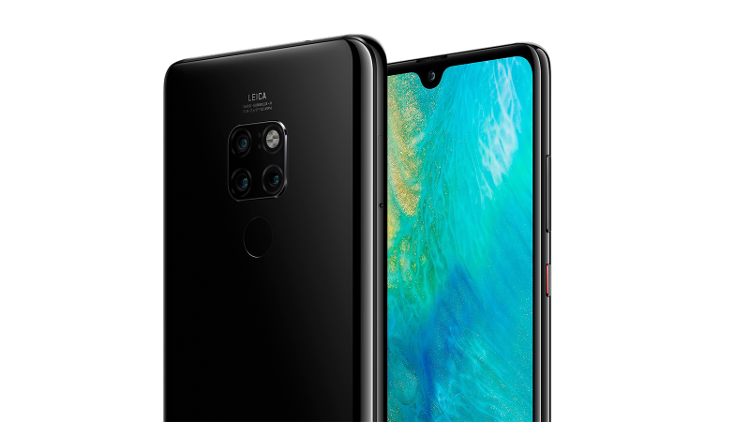 The iPhone XR seems paltry in comparison, with its solitary 12Mp, f/1.8 lens, but Apple is confident that the new hardware inside the XR will make this a formidable shooter. 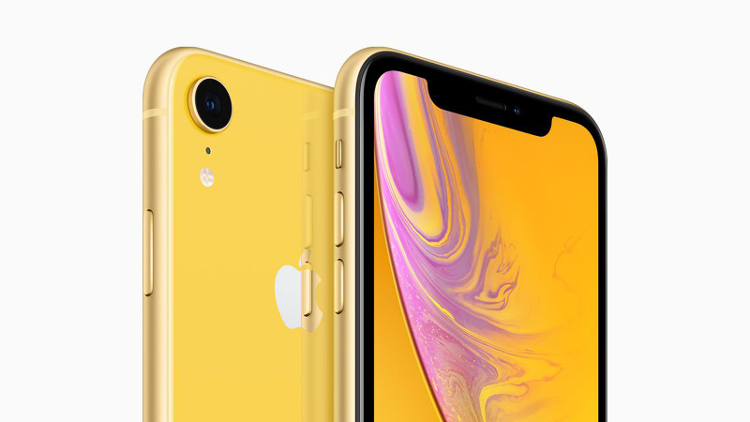 If you tire of the usual dull colours found on smartphones these days, then either of these devices could be the answer. Apple has included a wide range of hues which include vibrant yellows, blues and reds, while Huawei has lovely Midnight Blue and Emerald green options, featuring its new Hyper Optical pattern that resembles the thin grooves in a vinyl record. 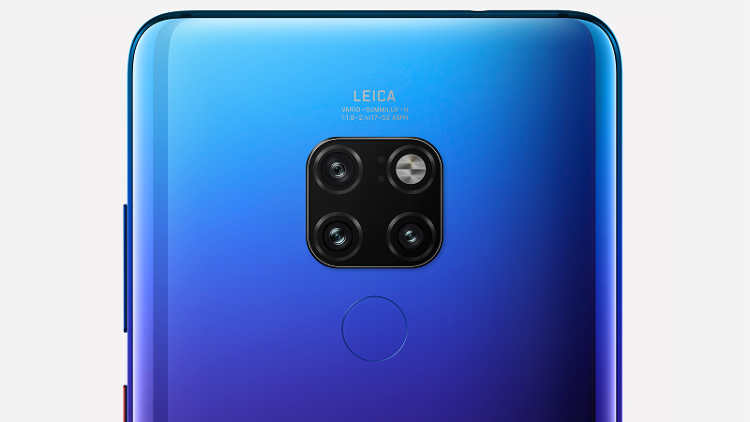 Apple keeps ports to a minimum, with only a Lightning and SIM tray found on the aluminium body, but Huawei adds a 3.5mm headphone jack and a dual-SIM which also supports up to 256GB of Nano Memory storage. It’s good to have the expandable space, but Nano Memory cards are hard to come by at the moment, so it might be more of a feature six months from now.

Water- and dust-proofing standards lean heavily in favour of the iPhone XR, with its IP67 rating meaning it can survive a surprise dunk underwater, but the IP53 on the Mate 20 is only suitable to use in the rain.

Under the hood there’s some impressive hardware on the Mate 20 and iPhone XR. Huawei has gone with the octa-core Kirin 980 which it claims will outperform the current Android regular, Qualcomm’s Snapdragon 845.

Apple is pulling no punches on the XR either, as it comes with the new A12 Bionic processor found in the iPhone XS and XS Max.

Both feature ‘neural engines’ that use machine learning to improve photographs, image processing and general performance.

The results of these can be found in the cameras. Apple may only have fitted the XR with a single main lens, but the new processor and a larger sensor means the company feels confident enough to herald it as “a new era of photography”. 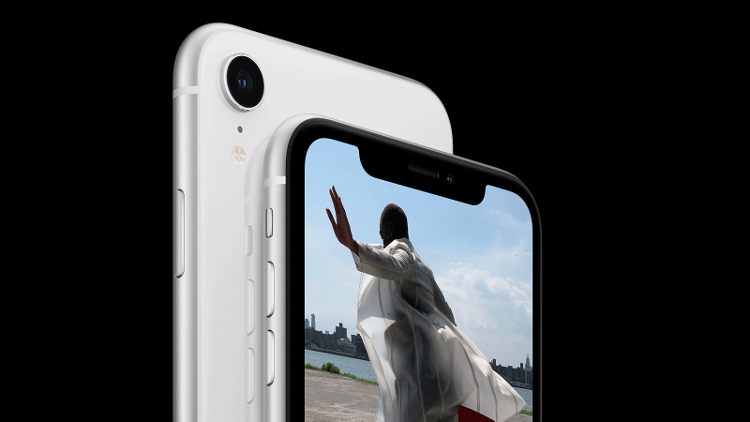 Smart HDR mode harnesses this power, enabling users to capture more highlights and shadows in images, while the new Depth Control feature lets you adjust focus even after the shot has been taken.

OIS means that 4K video shot on the iPhone XR will be smooth and stable throughout, as will the 1080p footage from the front cameras.

Huawei has opted for multiple-lenses to capture images. The main 12Mp RGB lens is for general shots, with an 8Mp telephoto lens is there for distance work. The inclusion of a 16Mp ultra-wide-angle lens means you can take impressive landscape images and macro shots that start at 2.5cm from the subject.

Combinations of these allow for blurred backgrounds and post-shot focusing, mixed with AI processing that can apply filters to video and recognise people within the footage.

Large bezels are now a thing of the past, with the iPhone XR’s 6.1in LCD display taking up nearly the entirety of the front panel, with the exception of the notch along the top. Running at 1792 x 828 resolution, it achieves a pixels per inch (ppi) rating of 326, which is crisp and sharp. True Tone technology means it will subtly adjust the visual temperature to match the light in your surroundings, plus the wide colour gamut means vivid hues. 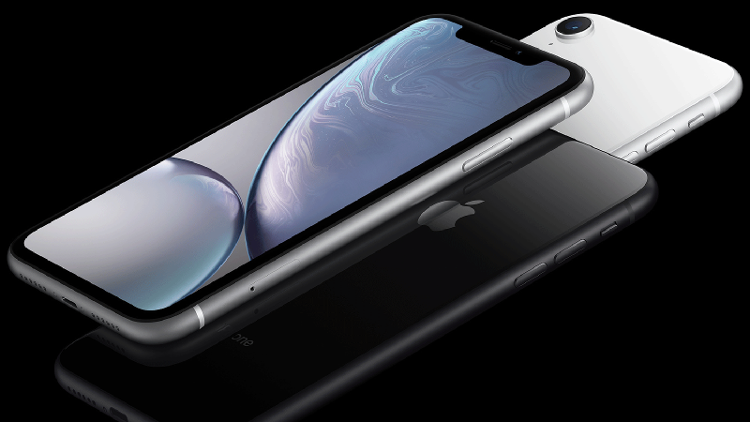 The Mate 20’s Dewdrop LCD display is also edge-to-edge, with a resolution of 2244 x 1080 and 381ppi. Again, there’s plenty of colour and vibrant colours, plus the tiny notch is actually quite acceptable.

Here’s a breakdown of the technical specifications for both devices;

The Mate 20 sports the latest Android (9.0 Pie) flavour, albeit with Huawei’s EMUI 9 skin. This might have been a drawback a year ago, but the Chinese manufacturer has improved and refined the platform to the point where it’s fast and pleasant to use, with plenty of interesting control options that allow users to tailor the experience.

iOS 12 is another solid instalment of Apple’s OS. It’s all very a familiar by now, and if you’ve used an iPhone in the last couple of years then you’ll know where you are straight away. Read our iOS 12 review for a more in-depth look at all the operating system has to offer.