Skip to content
Home / iPhone / Reviews
At a Glance

If you want the biggest and best that Apple has to offer right now, then the iPhone XS Max fits the bill. Great cameras, a luscious display, and powerful new hardware make it a premium device in all aspects, including price. For £200 less the Mate 20 Pro poses a very credible threat thanks to its elegant styling, speedy processor, expandable storage, excellent cameras, and embedded fingerprint sensor. We have to say, it feels an all-round better deal for consumers happy to switch to Android.

Chinese manufacturer Huawei recently overtook Apple to become the second biggest seller of smartphones behind Samsung. Its recently announced Mate 20 Pro is the model that will lead the line in the year ahead and we see how it compares to Apple’s own flagship the iPhone XS Max.

You can order the Mate 20 Pro from most major mobile carriers in the UK. These include EE, O2, Vodaphone, and Carphone Warehouse. The price is £899 or €1,049.

A range of three finishes are on offer: black, Twilight and Emerald Green.

Apple released the iPhone XS Max, and its smaller sibling the iPhone XS, on 21 September, in a range of storage capacities.

These are as follows: 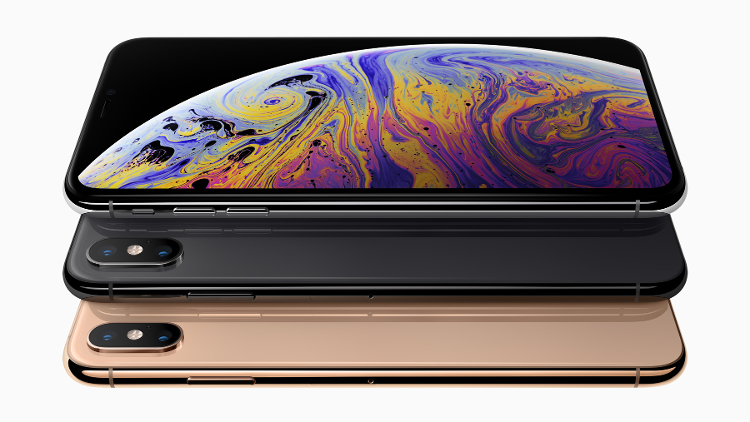 You can now buy it directly from Apple, other retailers such as John Lewis, or on contract from all mobile carriers.

From the front, the two devices are very similar. Both feature near bezel-less displays with a notch at the top to house the cameras used for facial recognition. 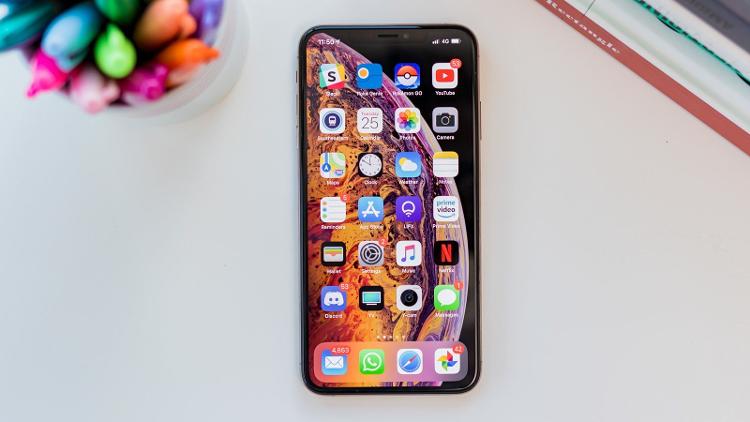 The Huawei has a 6.39in Full HD+ OLED panel with gently curved sides, while the iPhone XS Max is even bigger with a 6.5in Super Retina OLED display but no curves. 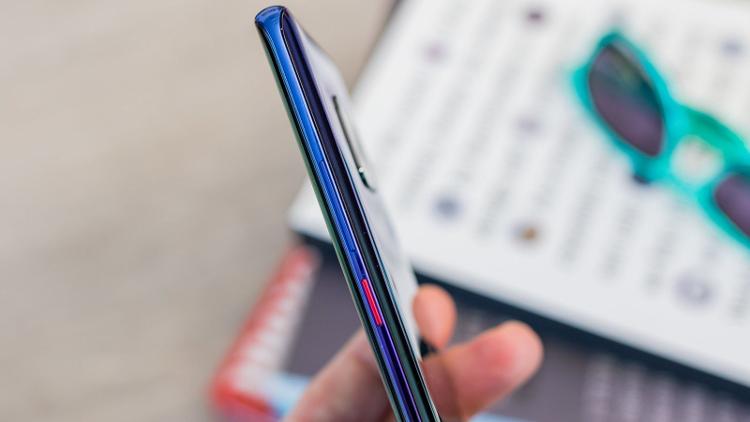 While Apple has removed the fingerprint sensor entirely, not repositioning it on the back like many other manufacturers, Huawei has gone one better and found a way to place it under the actual display. This makes it one of the first phones to use this new technology.

Glass backs are the order of the day, with the Mate 20 Pro and iPhone XS Max benefitting from the material by including wireless charging.

Where the iPhone XS Max has dual cameras on the rear, Huawei has upped the ante by including three, with the main difference being the inclusion of an ultra-wide-angle f/2.2 on the Huawei. 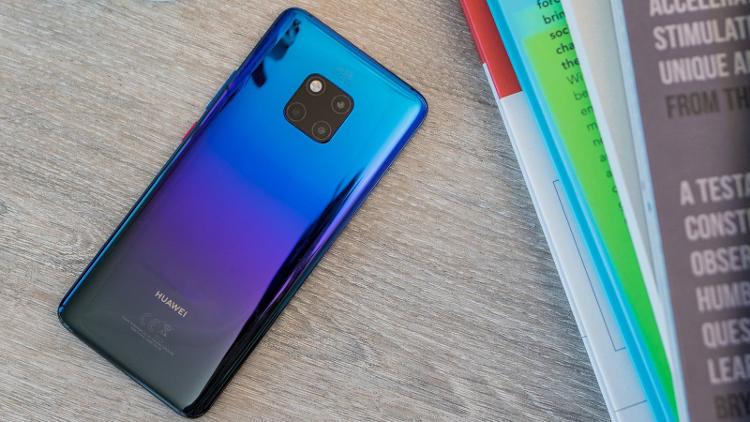 Ports are kept to a minimum, with the iPhone sporting a Lightning charging port and the Mate 20 Pro a USB-C version. Neither feature a headphone jack, but both include a set of headphones with the relevant connector.

The Mate 20 Pro has a dual-sim tray which accepts Nano Memory Cards up to 256GB in capacity, while the iPhone XS Max can also run with two SIMs but one of them will need to be electronic.

IP68 ratings means both devices can survive being submerged to a maximum of 2m for up to 30 minutes, which should avoid your new, expensive device being destroyed by spillages or accidental dunks.

The headline-grabbing feature has to be the embedded fingerprint sensor on the Mate Pro 20. To show you where to place your finger a little icon appears on the display. Press your thumb or preferred digit against it and the screen unlocks just as it would with any other fingerprint sensor. 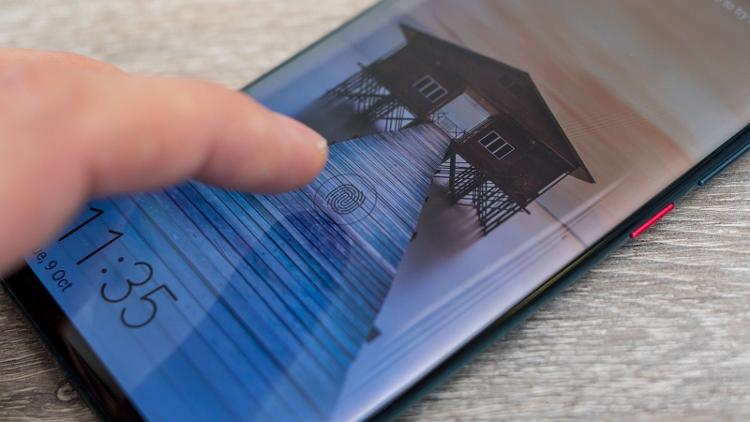 It works well, but might end up being superfluous due to the excellent 3D facial recognition system that unlocks the device almost immediately. Of course, Face ID on the iPhone XS Max is also a very reliable and speedy way to gain access, but we think the hidden fingerprint sensor adds more of a wow factor.

Under the iPhone display is Apple’s new A12 Bionic processor, which gives the XS Max a moderate speed bump over last year’s iPhone X and improved energy-saving capabilities. It’s a powerful chip, aided by a neural engine that works in tandem with the cameras to enhance the photographic and videographic results users can obtain.

The Mate 20 Pro also has a top-of-the-line processor in the Kirin 980, which has benchmarked faster than the current Qualcomm Snapdragon 845 chip found in the Samsung Galaxy S9, Galaxy Note 9 and Pixel 3.

The Kirin 980 features a neural engine with two elements; one that focuses on image and scene recognition, and the other that deals with real-time language processing and real-time video processing.

This is paired with 6GB of RAM and 128GB of internal storage that can be extended by 256GB via the use of (admittedly hard to find) Nano Memory cards. Together this makes the Mate 20 Pro a fast and fluid experience that easily matches the iPhone XS Max.

Apple has made a big deal of the dual-camera setup in the iPhone XS Max, with the two 12Mp lenses – one an f/1.8 wide-angle and the other an f/2.4 telephoto – closely integrated with the A12’s neural engine and a slightly larger sensor to produce something the company claims is “a new era of photography”. 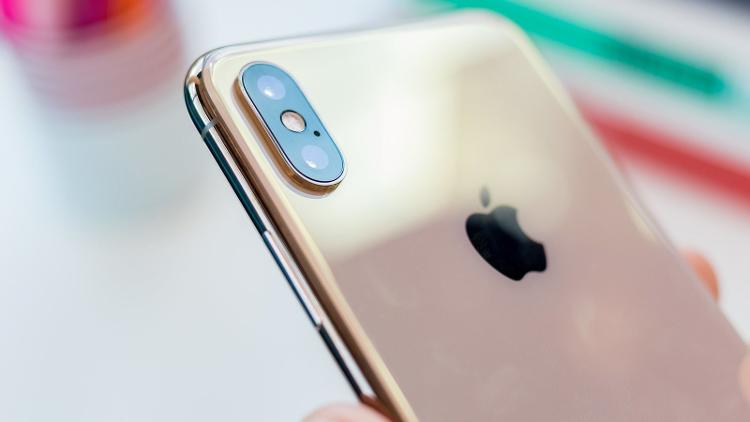 This combination allows for new modes such as Smart HDR that brings out more highlights and shadows in images, a new Depth-Control that uses the True Depth front-facing camera to allow changing the depth of field and background blur after you’ve taken a picture, and better low-light shots.

As you can see from our full iPhone XS Max review, the camera modes are all impressive, although we’re not quite convinced that a ‘new era’ has arrived.

This gives the device capabilities for features such as Night Mode, which can take long exposures without the need to a tripod, macro photography that starts at 2.5cm from the lens, and a fantastic zoom that delivers excellent results. 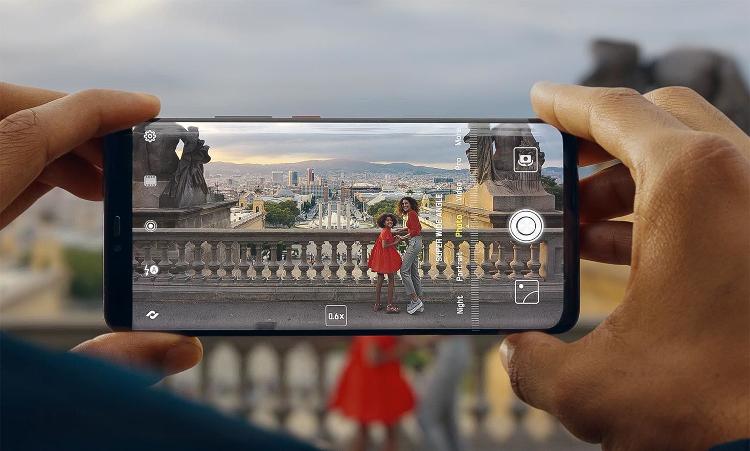 Check out the full Mate 20 Pro review on our sister publication Tech Advisor to see what this camera array can really do.

Here’s a detailed breakdown of the technical specifications for the devices.

iOS 12 comes as standard on the iPhone XS Max, bringing with it a number of tweaks to improve stability and speed. See our full iOS 12 review to see the new features on offer.

The latest version of Android is also included on the Mate 20 Pro – Android 9.0 (Pie) – with Huawei’s own EMUI 9 skin on top. The latter has been refined a good deal since the last iteration, with again plenty of speed and options available.

Both are solid, reliable, highly useable platforms that are easy to get to grips with.