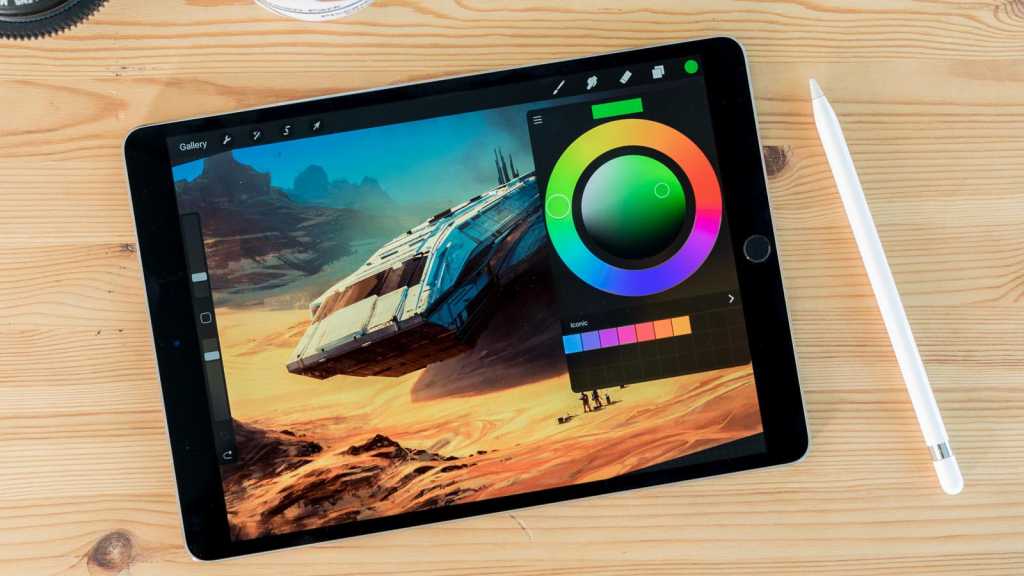 Both Microsoft and Apple have worked hard to tout the serious work credentials of their premium tablets, but one senses that they mean different things by this. The Windows-based Surface Pro 6 is all about full-fat desktop applications in the conventional sense, and its OS means that in interface and software support terms it really is exactly like using a laptop. The iPad Pro, on the other hand, has stuck to its bespoke mobile OS and will therefore always be something apart from the MacBook. High-end software is being drawn to the App Store, but using it on iPad, as intuitively as it may be designed, will always be a different kettle of fish. So our advice would be this. Have a bit of a think about the differences in the hardware: the iPads have much better cameras, for instance, while the Surface Pro has more RAM and better battery life. But spend more time considering what sort of user experience you want. Do you want essentially a Windows laptop in a thinner body? Get the Surface. Or do you want an increasingly capable mobile OS ecosystem, but one that will always (barring a major change of heart from Tim Cook) be different and separate from the desktop? Then go for the iPad.

Microsoft’s Surface line of work-oriented tablets and laptop/tablet hybrids have proved popular – but not so far quite popular enough to cause Apple any sleepless nights. The iPad remains the default tablet in the eyes of the world, and the iPad Pro remains the favoured option among creative professionals with a decent budget.

The latest offering in Microsoft’s line is the Surface Pro 6. Is this the year when the iPads will meet their match? In our comparison review we weigh up these two options for design and build quality, features, specs and value for money.

Before we go any further we should warn you, however, that the iPad Pro is likely to be replaced on 30 October, so now – as our iPad buying guide points out – is a bad time to buy the current model. (Here’s how to watch the iPad launch event and see for yourself how the next generation shapes up.)

The Surface Pro 6 is available to buy now, having gone on sale earlier in October.

As well as Microsoft, it is sold by John Lewis, PC World, Argos and Amazon.

Apple’s iPad Pro is cheaper. It starts at £619/$649 – that’s the non-cellular version of the 10.5in Pro with the minimum 64GB of storage. If you need the larger screen, the 12.9in model starts at £769/$799. You can buy direct from Apple, among other vendors, but you might like to check our roundup of the best iPad deals before taking the plunge – and remember, as mentioned above, that new Pros will almost certainly be unveiled on 30 Oct.

The Surface Pro 6 is an attractive but somewhat chunky tablet: it’s 1.6mm thicker (not a huge difference by any means, but noticeable) than the 12.9in iPad Pro, and 2.4mm thicker than the smaller model.

Apple has kept its iPad design largely static for the past few years, so those after the latest aesthetic trends may wish to look elsewhere. It’s a classic and widely emulated look, however, with a slim body and attractive metallic finish.

The Surface Pro 6 is available in black or platinum – although, slightly oddly, the colour you choose affects the specs that are available. The black one cannot be had in the 128GB flavour, for example.

You get slightly more colour options with the iPads; the 12.9in model comes in gold, silver or Space Grey, while the 10.5in model adds Rose Gold to the list.

They’re both smart-looking devices. Here are some photos so you can make up your own mind which design floats your boat. 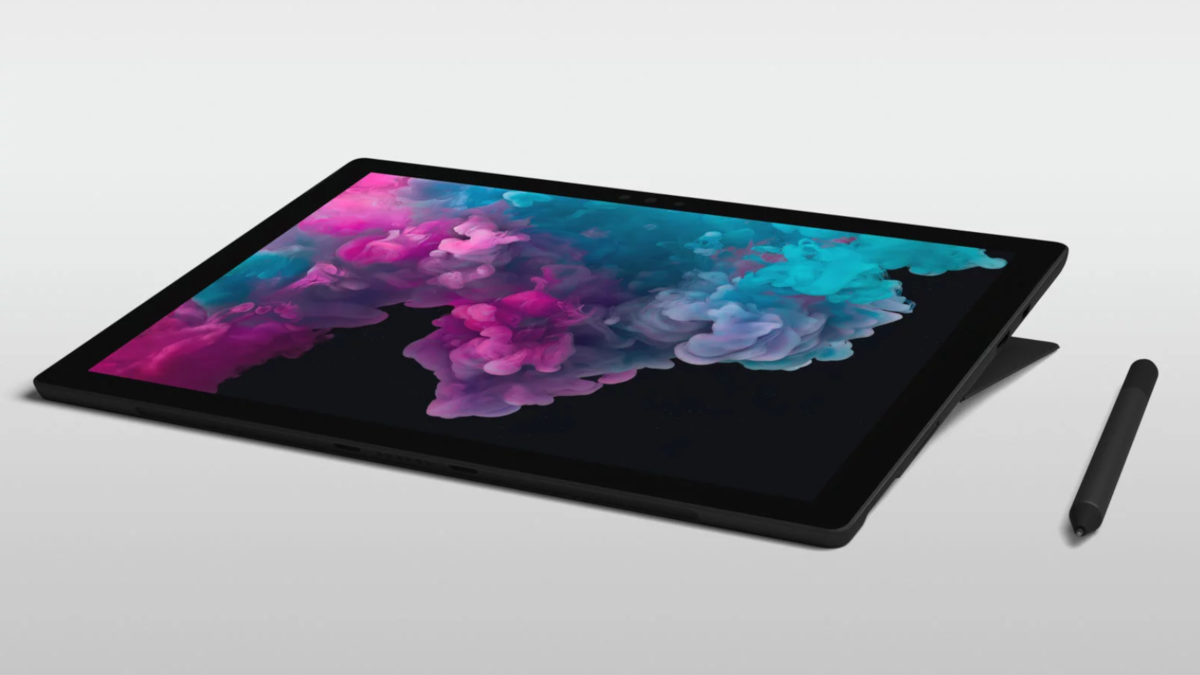 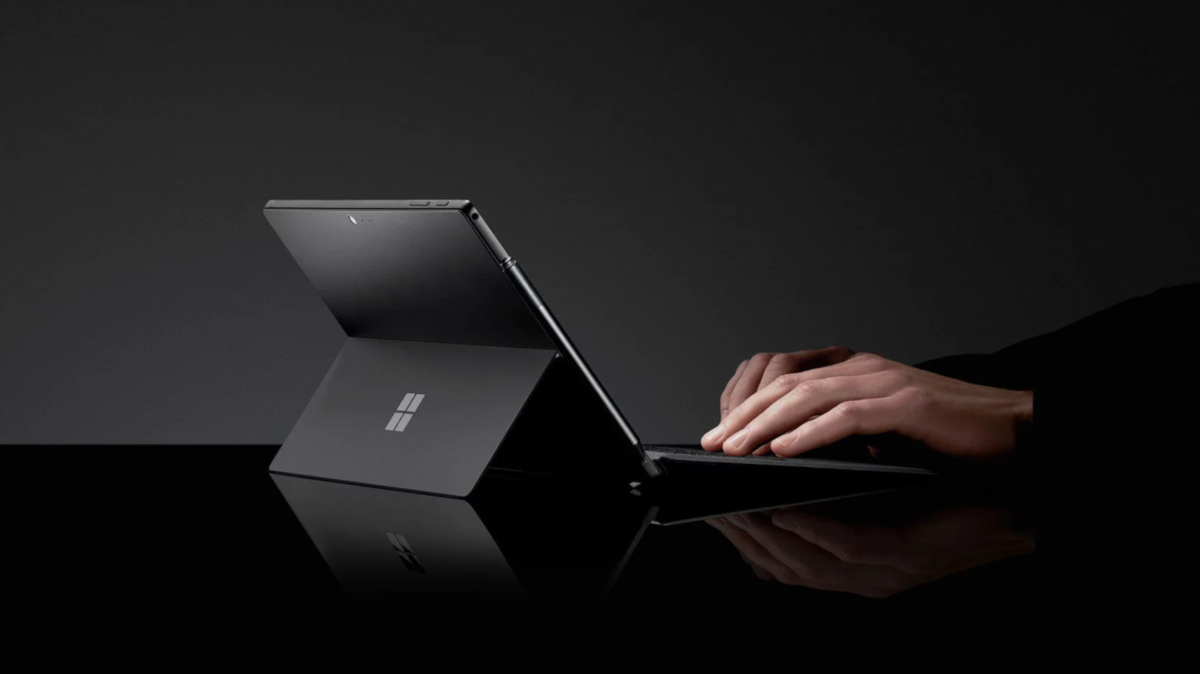 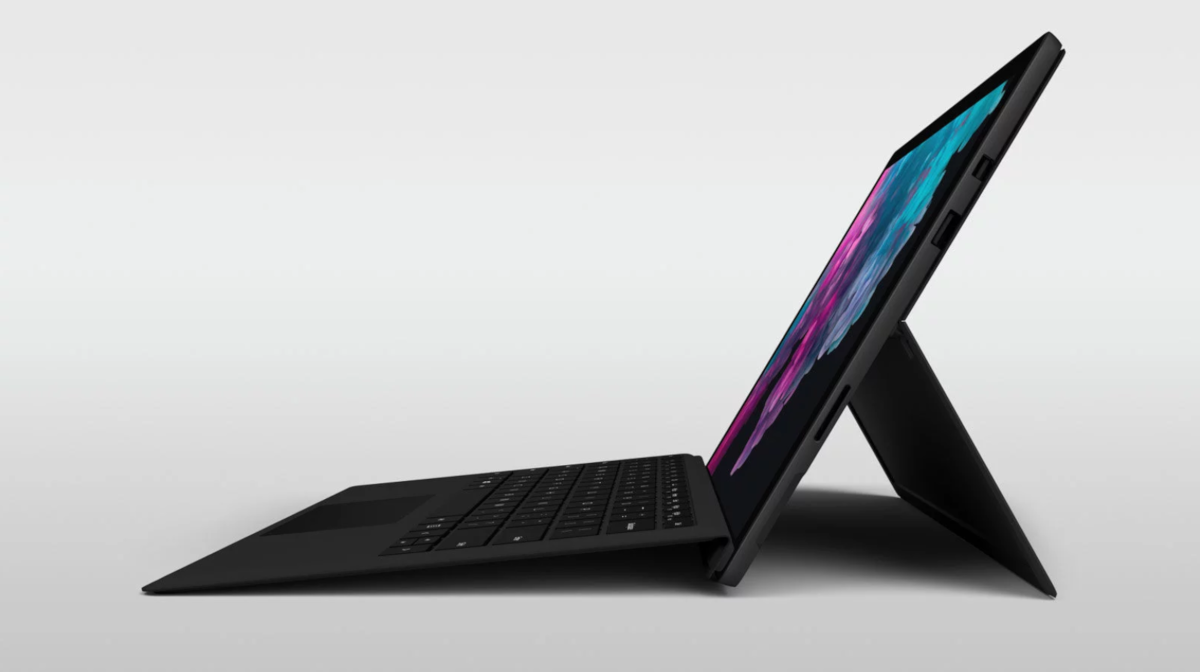 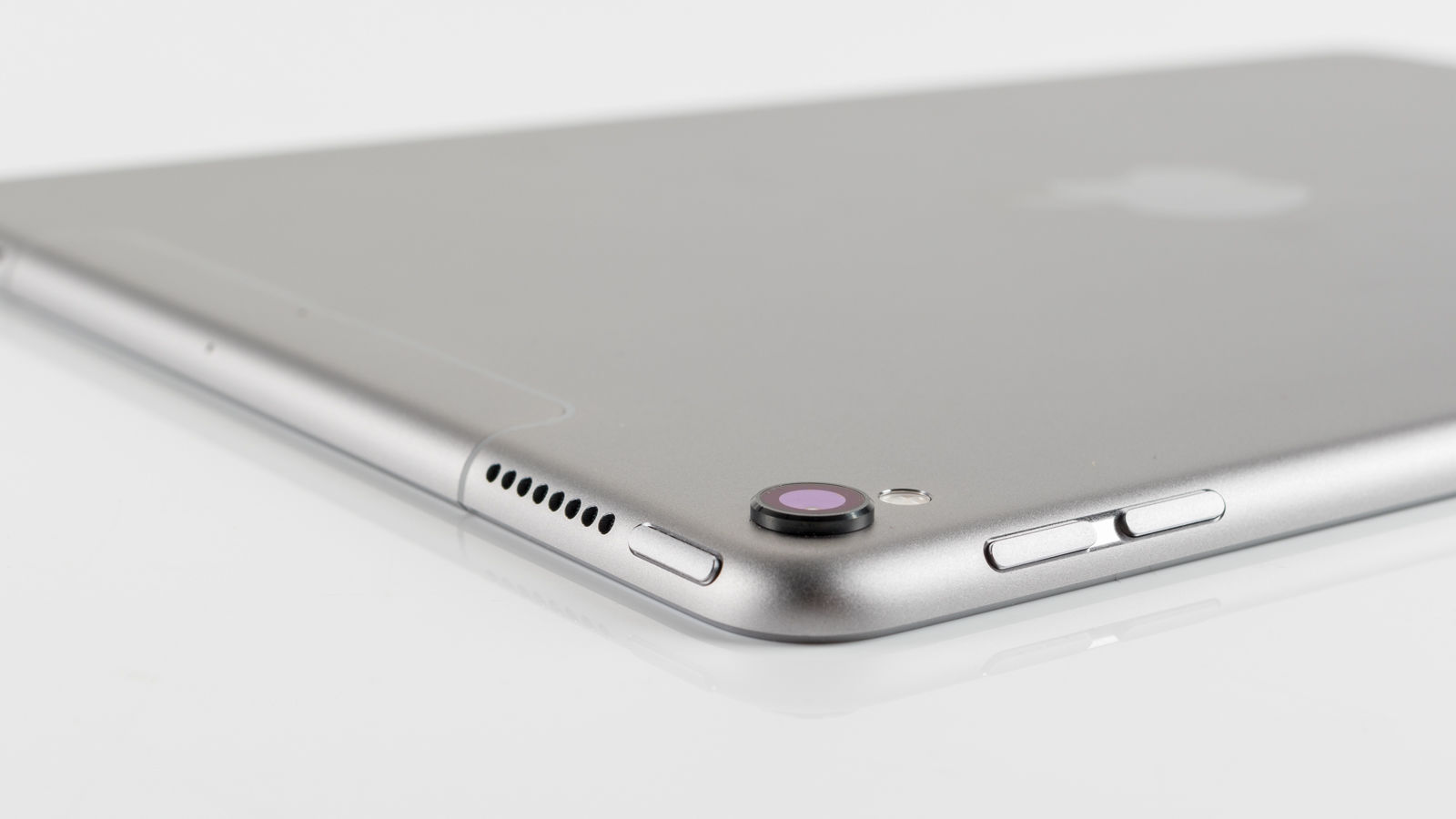 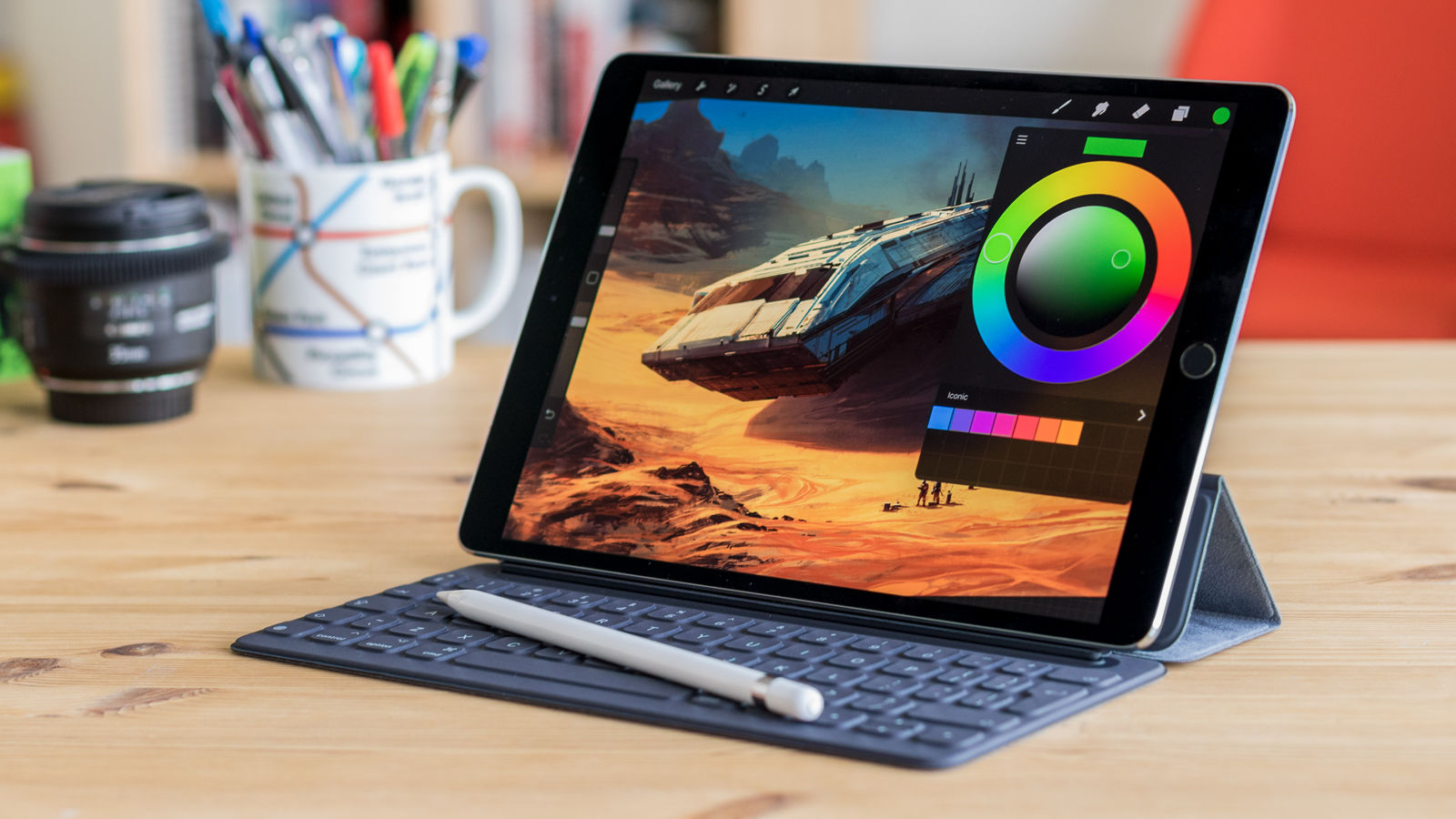 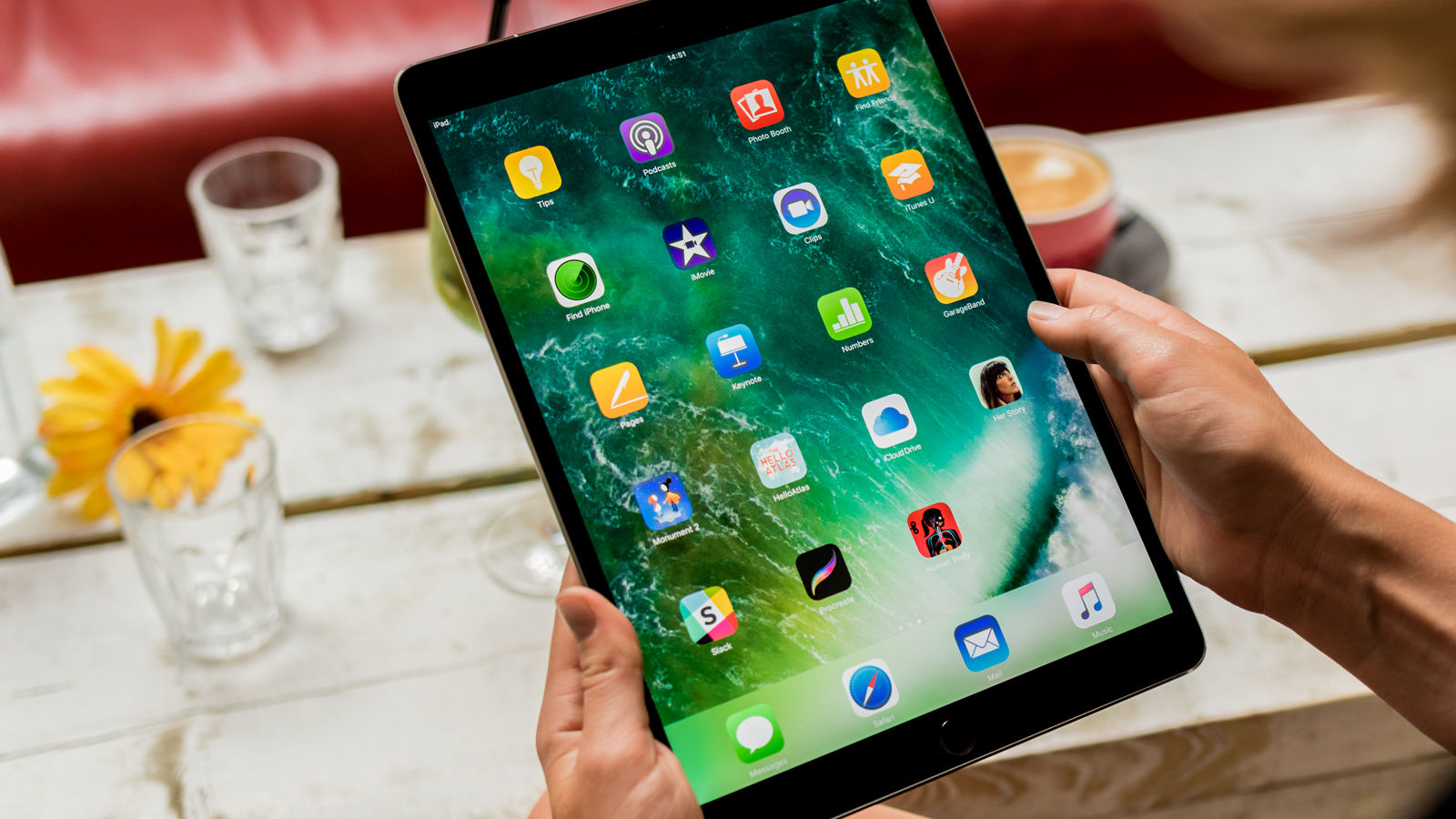 The Surface Pro is in most respects slightly higher specced, as befits a device that’s more expensive, roughly a year newer, and marketed more directly as a laptop replacement.

Most obviously, the Surface has at least twice as much RAM and its top storage capacity is twice the iPad’s. These specs will be useful for tackling the full Windows applications it is able to run, as opposed to the frequently cut-down iOS apps you get on iPad (even though these are getting more and more capable in their own right).

The Surface also offers more battery life, but the payoff for this is that it is heavier than even the larger of the two Pros (which has a bigger screen).

It’s a little surprising that the newer Microsoft device features a slightly older version of Bluetooth. Less surprising is its photographic inferiority, given that its role is more ‘work’ and less ‘taking photos at the beach’.

As mentioned, the iPads come with iOS – if you buy now it will be iOS 12 – whereas the Surface Pro gets Windows 10. These are widely divergent approaches and should largely dictate which of these devices you choose.

iOS 12 is a terrific mobile operating system that is slick, simple, user-friendly and secure. But it is a mobile OS for all that, and the enormous library of apps that run on iPad are heavily tilted towards the cheaper, lighter, cut-down end of the market.

There are exceptions, and more serious software can be found on the App Store than ever before: the full Photoshop experience will soon come to iPad, for instance. But for a massive range of full-fat desktop applications Windows is a more versatile alternative. Pretty much all work software will find its way on to Windows.

For a deeper analysis of your options, read our iOS 12 review and Windows 10 review.