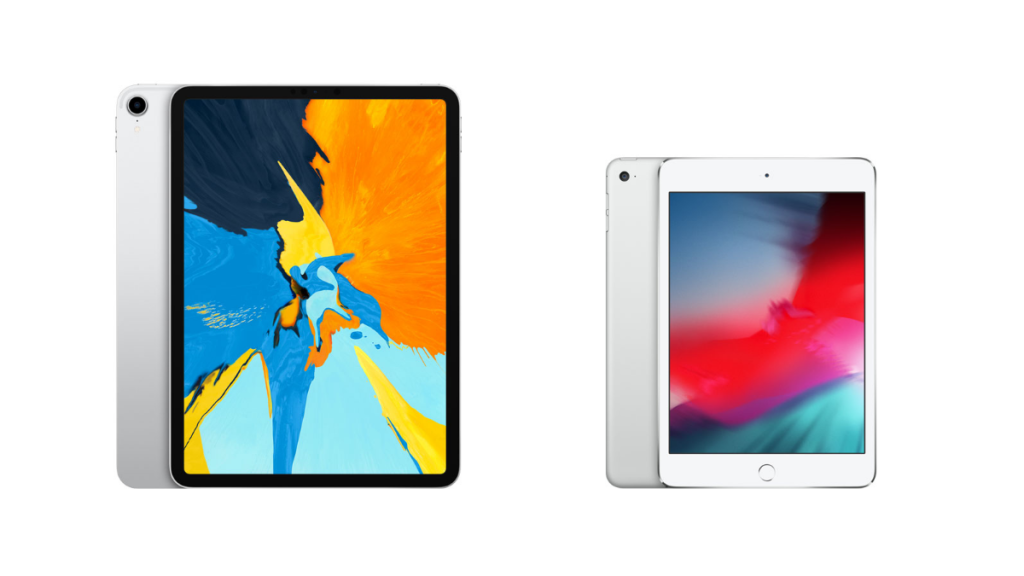 The mini 4 is too old; the Pro is too expensive. Unless you urgently need the smallest possible tablet (get the mini) or a super-powered tablet that can support the second-gen Apple Pencil (get a 2018 Pro), you should compromise on a middle path and get the iPad 9.7in (2018), which is cheaper than either and the best all-rounder that Apple currently sells.

Apple launched a pair of new iPad Pro models to great fanfare (seriously – the New York crowd were totally unruly) on 30 Oct. But almost as significant was what they did not talk about: the iPad mini line.

Which leaves the iPad range in a strange state. It’s got three shiny models released in 2018, a nearly-as-shiny model released in 2017, and the mini 4 from way back in 2015. And the latter isn’t even the cheapest option: it’s £80/$70 more than this year’s iPad 9.7in, which has a larger (albeit unlaminated) screen.

Who exactly is the iPad mini for? In this article we compare it with the much newer, and much more expensive, iPad Pro 11in, and see which is right for you – or if there are alternatives that would fit your needs better. For broader advice, read our iPad buying guide.

Here are the full price lists for the mini 4:

And for the Pro:

As for release dates, the mini 4 has been around for three years and can be bought now, direct from Apple or from a range of resellers. It’s been around so long that we constantly wonder if it will soon be replaced or discontinued, although that possibility appears to have been put off for a while at least.

The iPad Pro 2018 can be ordered right now, having launched on 7 Nov.

The mini 4 is a classic design but for obvious reasons has the whiff of 2015 about it – as indeed do many iPads that have been released since then, because Apple has a tendency to be conservative. It is a slender, smart tablet (and obviously very portable) but retains relatively large bezels around the screen.

However, Apple abandoned its conservative stance in 2017 for the iPhone X and has done so again now. The 2018 Pros have been radically rethought.

They do not have a Home button (which means they are unlocked via Face ID, not Touch ID), the bezels around the edge have been shrunk and the corners of the screen are now curved to match the corners of the chassis. These are the same changes made on the iPhone X and, as on that device, they mean you’re getting a far greater screen-to-body ratio.

Unlike on the iPhone X, incidentally, there isn’t a notch: Apple evidently managed to squeeze the TrueDepth sensors into the bezel.

Here are the dimensions:

You can see that the mini 4 is on the whole far more portable, although the Pros are slightly slimmer, and not a huge amount heavier. 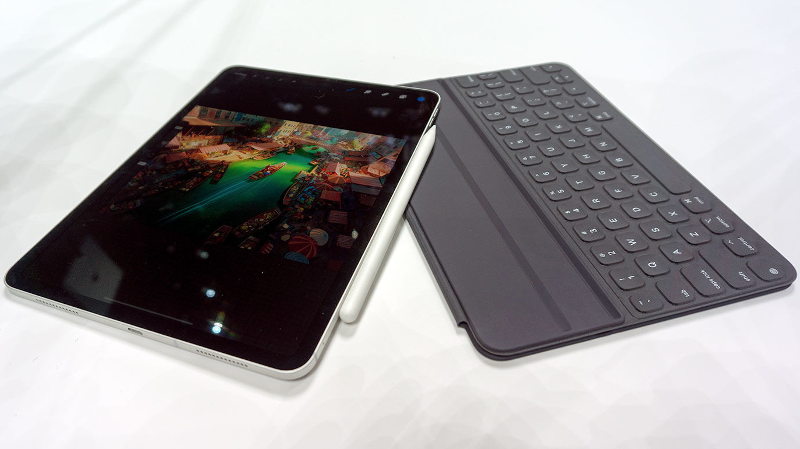 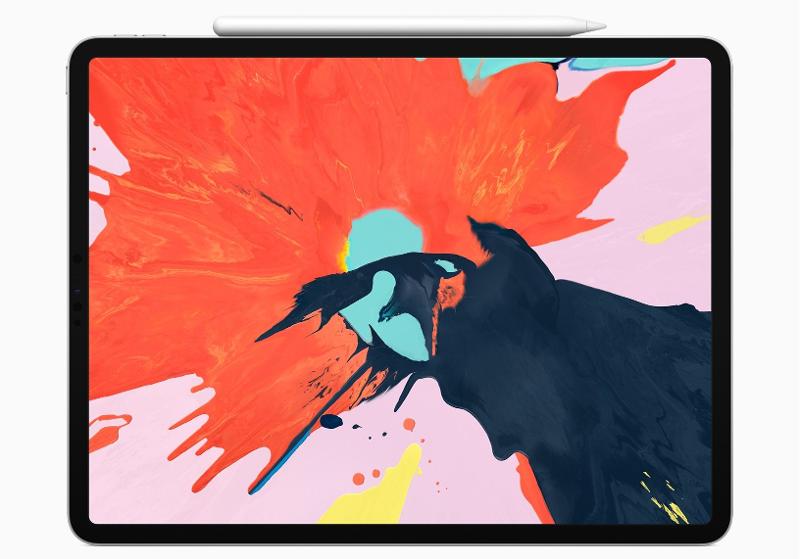 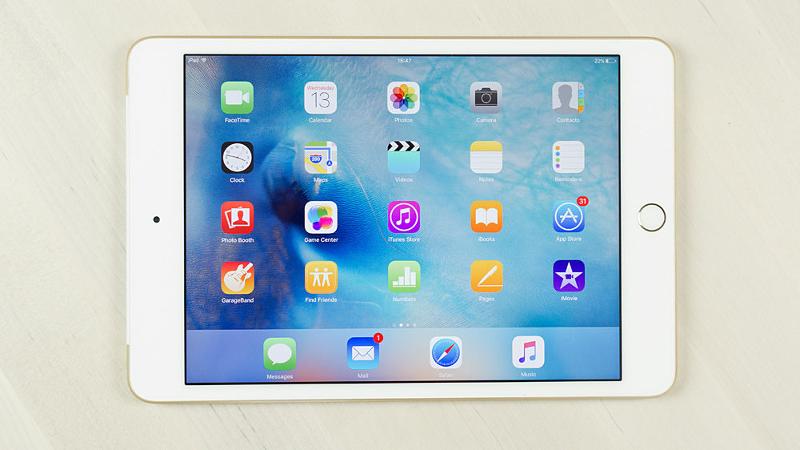 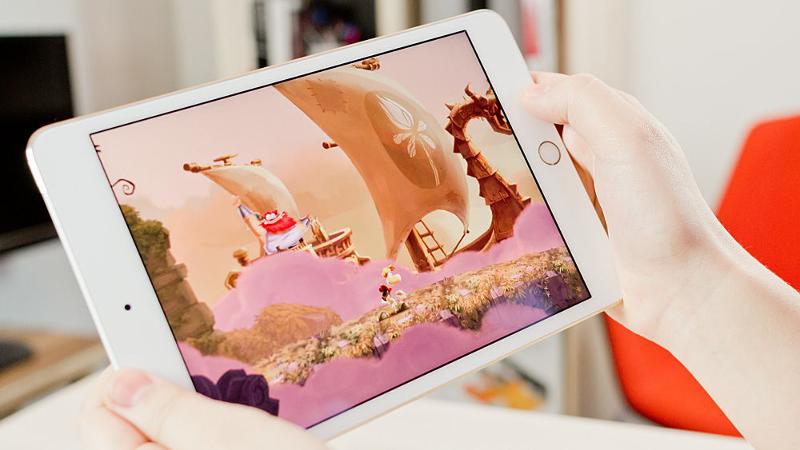 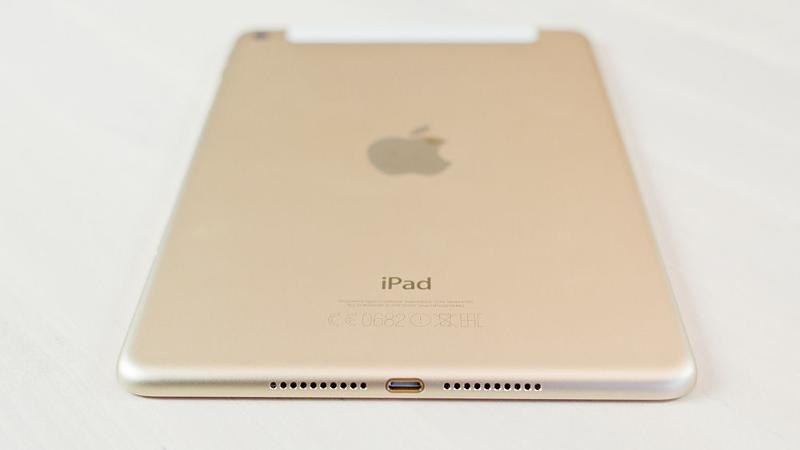 Look away now, mini fans. The Pro 2018 is lightyears ahead on raw specs and its performance should be almost incomparably better.

The A8 chip is a full four generations behind the A12 Bionic, and the Pro even gets the souped-up A12X version of that chip, the fastest mobile chip Apple currently makes. Apple says the A12X Bionic offers 3x faster general processing than the A8, and 8x faster graphics. We won’t know for sure, however, until we get it into our testing lab.

The Pro’s cameras are far better. Aside from the much lower megapixel count, smaller aperture, lower-detail video etc, the mini 4 doesn’t get a flash, so indoor and lowlight photography will both be far weaker.

You get half as many speakers on the mini and an older version of Bluetooth; wireless should also be slower because it offers only dual band rather than the ‘simultaneous’ dual band in the Pro, although we haven’t tested that out yet and Apple hasn’t offered much by way of details. Cellular versions of the Pro get Gigabit LTE, too, which the mini does not.

The Pro supports the second-generation Apple Pencil, which aside from its fantastic all-round performance attaches magnetically and automatically charges wirelessly, while the mini 4 doesn’t even support the first one.

In terms of pure pixel count the mini should offer a sharper screen. Both devices are marketed as Retina (indeed the Pro counts as ‘Liquid Retina’, like the iPhone XR) but the mini’s screen is rated at 326ppi to the Pro’s 264ppi, on the principle that smaller devices are held closer to the face.

However, the Pro’s screen – which we found bright and bold in our hands-on time with the device – is better overall thanks to its features. True Tone adjusts colour output to account for environmental lighting, while ProMotion adjusts the refresh rate to suit what’s on screen, so you get smoother animation, drawing and so on without compromising battery life when just looking at static websites.

About the only area where the mini 4 comes out on top is its blessedly old-fashioned inclusion of a headphone port. Pro buyers will need to get hold of a pair of USB-C headphones, buy an adapter, or go wireless.

Which version of iOS can you run?

Both of these devices will come with iOS 12 preinstalled if you buy them now, and that’s good news: iOS 12 is smooth, stable and easy to use.

The difference is that the Pro is guaranteed years of free updates on top of that, whereas the mini 4 could drop off the list of compatible devices at any time. It’s possible, indeed, that the mini 4 won’t be able to install iOS 13, although we won’t know until 2019 and Apple may choose to continue its recent trend of older-device-friendly updates. We just don’t know.