Don’t be fooled by the apparent small gap between the years of these MacBooks. This is really a three year difference and a long anticipated overhaul for the popular Air. Although it’s more expensive, there MacBook Air 2018 is undoubtedly more stylish and brings welcome upgrades such as the Retina display. Just make sure you’re ok with the move to USB-C before you take the plunge.

At a recent event, Apple rolled out updated versions of the Mac mini, the iPad Pro, and the laptop that most people thought had seen its last days, the MacBook Air. Rather than just pop in a Retina display, the company decided to redesign the classic that was first revealed to the world back in 2008 when Steve Jobs dramatically slid it out of a Manila envelope.

In this article we take a look at how the 2018 revamp compares to the last model to receive an upgrade, the 2017 MacBook Air (which is really the 2015 MacBook Air, given that its processor dates back to then).

The new MacBook Air (2018) is available to pre-order now from Apple and has a release date of 7 November.

As with seemingly all of Apple’s products this year there is a price hike for the new devices. Here’s how the base models line up:

This is all a step up from the previous costs, which at the time represented the lowest prices in the MacBook range.

There were originally two 2017 models, configured as follows:

Only the former remains in the current Apple catalogue, but there are various options to upgrade the processors and storage.

If you’re after a lightweight, small Mac then there’s also the MacBook which starts at £1,249.

You can also read our predictions for the 2019 MacBook Air here.

The MacBook Air, more than any other laptop, was responsible for changing the whole design approach of the PC industry. Nowadays you can’t move for premium ultrabooks, and most owe their genesis to the Air’s slim but sturdy approach. 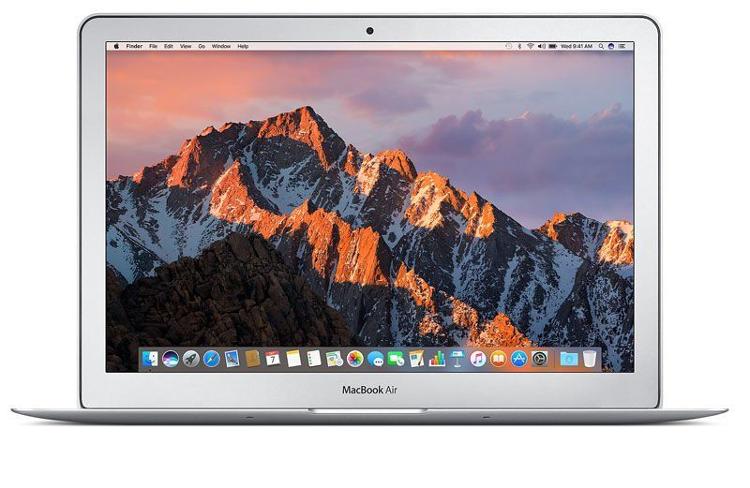 This is probably why the construction of the 2017 model bears little difference to the original models that appeared in 2008. It’s a classic, plain and simple. In fact, the 2017 model is actually exactly the same as the 2015 model, as the only upgrade the platform received in the past three years was a tiny bump in processor speed.

The aluminium unibody shell in a silver finish, iconic glowing white Apple logo on the lid, excellent keyboard and svelte lines are all very familiar sights in coffee shops, offices and homes around the world. 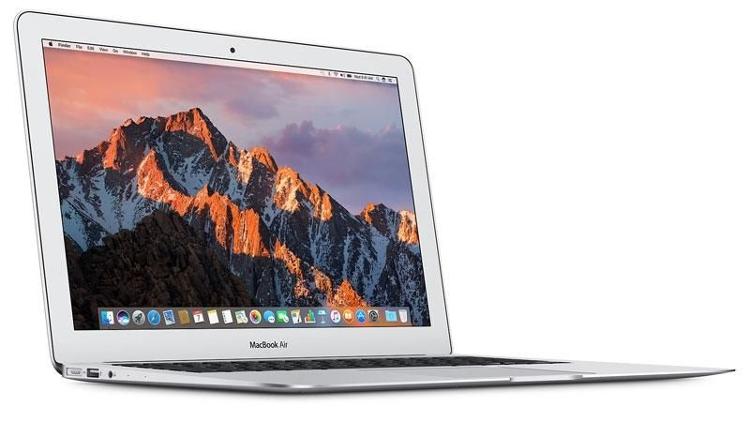 It’s quite a task then to go about changing all of that with a new aesthetic, but that’s what Apple has done.

The MacBook Air 2018 doesn’t quite manage to get to the legendary thinness at its outer edge as the older model, but there’s only 0.1cm in it. At its fattest point the new version does slim to 1.56 cm, beating the now positively obese 1.7 cm of its predecessor. 2018 sees a reduction in weight too, down to 1.25kg from 1.35kg.

Overall the new model is smaller and lighter, all while boasting some serious upgrades under the hood. 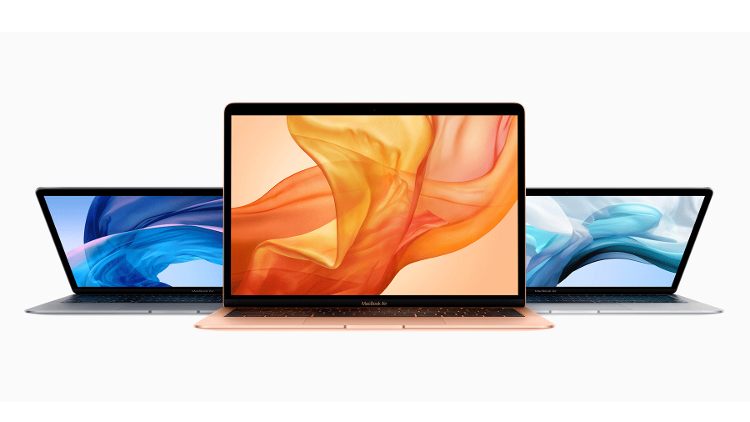 To achieve these reductions a few of the Air staples had to go. Most of the ports have disappeared, including the MagSafe power charger, replaced by two Thunderbolt 3/USB-C apertures and a 3.5mm headphone jack. 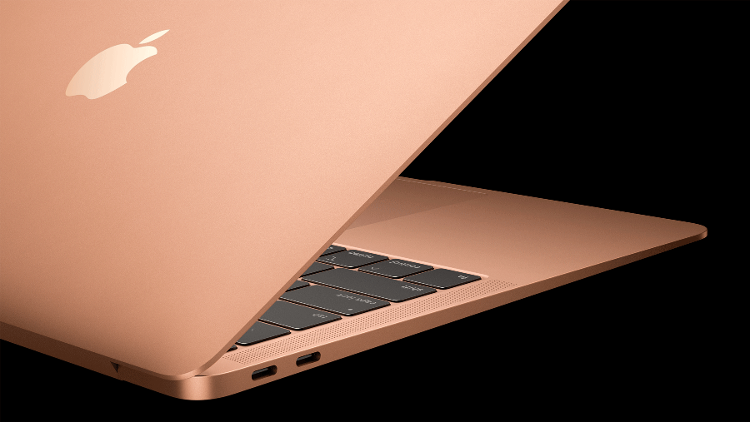 No longer shall the Apple logo glow, as it’s now a polished part of the metal chassis just as on the current MacBooks and MacBook Pros. This is a shame, but hardly a deal breaker, and the choice of Gold, Space Grey or Silver liveries can lessen the blow.

Something that might be a more serious concern for long-time users is the keyboard. For years MacBook Airs have been renowned for having one of, if not the, best typing surfaces around. In the slim 2018 model this has been replaced by the third generation of Apple’s controversial butterfly keyboard, which offers very little travel for keys and has split user opinion down the middle. 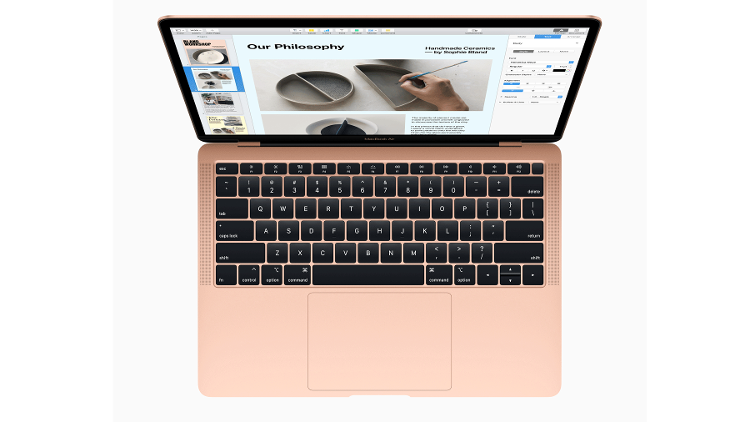 If you’re already a fan, then this is the best version of the design, with the rubber skirts under the keys there to (according to Apple) lessen the loud clack of the keyboards and (according to most other people) deal with the problematic dust and grit ingress that many complained had caused keys to stick.

Should you hark for the older layout, then you’ll need to hold on to your existing model or buy the 2017 machine, but we think that would be a shame.

While the keyboard was great on the older model, the display most certainly was not. The sub HD, 1440 x 900 resolution panel was perfectly serviceable in its day, but with Retina and full HD displays available on most laptops for the past few years, the old Air looked poor in comparison.

This is addressed in 2018 with the appearance of a 2K (2560 x 1600 resolution) panel that brings things right up to date. Thanks to the slimming-down of the surrounding bezels, it’s closer to the edge-to-edge offerings found on the likes of the Dell XPS 13 and other premium Windows laptops.

There’s plenty of change on the inside of the new Airs too, with a move from the 5th-generation Intel Core i5 chips in the 2017 models to 8th-generation ones. These bring with them the new Intel UHD graphics 617 GPU, all combining to produce improved performance across the board.

Obviously, the big talking point is the long-awaited Retina display. Apple claims that the new panel has 4 million pixels, 48% more colours, and bezels that have been reduced by 50%. It certainly looks a massive improvement on the sometimes fuzzy older display. 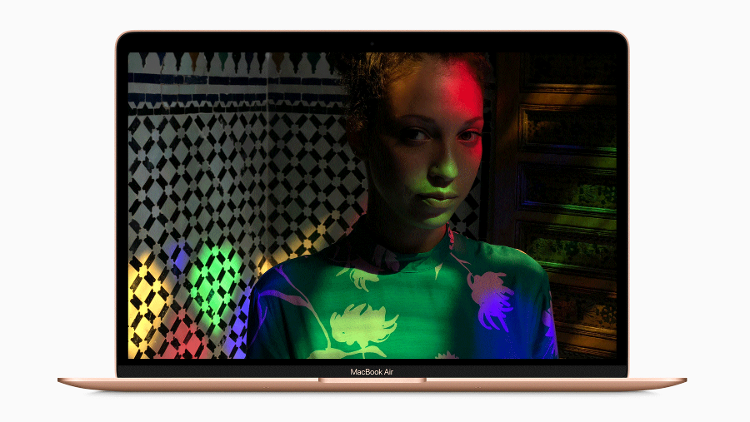 Pushing all those pixels might give you concerns about battery life, another strength of the 2017 Air which boasted around 12 hours of charge. Well, those seem unfounded, as Apple states that the new device can last for 12 hours of general use, or 13 hours of airplane mode video playback. We’ll need to test this of course, but Apple is usually good at delivering on its battery life claims.

One welcome new feature is that of a dedicated Touch ID button that allows you to unlock the device without a password or use Apple Pay on websites. This is kept secure by new T2 Security Chip, which also offers data encryption and prevents anything nasty loading during the boot sequence. 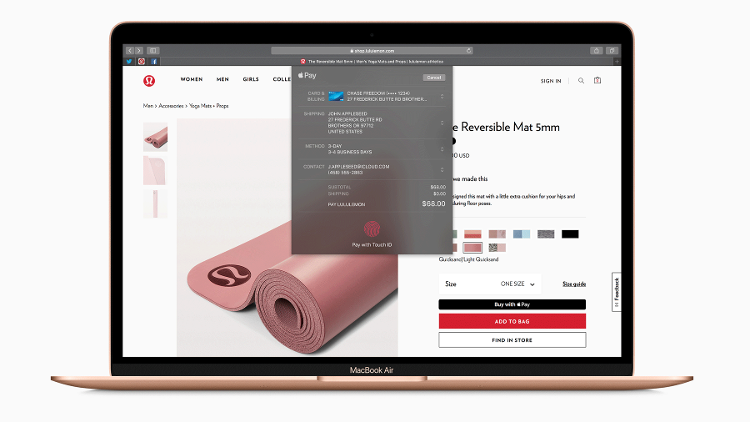 The speakers have also been upgraded to the MacBook Pro-style design that flanks either side of the keyboard. This new position and construction is stated to provide 2x the bass of the previous model and 25% more volume.

Here are the technical specifications for both models.

Both devices run the latest version of macOS (10.14 Mojave) and should continue to get updates for a few years to come. To see what’s included in the newest iteration of Apple’s desktop operating system, see our macOS Mojave review.

After what’s essentially a three-year gap, the MacBook Air has finally been brought up to date with features that users have been crying out for. The new display is a huge improvement, as are the processors and the addition of Touch ID.

Some will be upset about the inclusion of the butterfly keyboard, and the price jump is a sad reality for Apple fans in 2018. But, there’s no denying that the new MacBook Air is a tempting device if you’re looking to upgrade from an older model and actually presents better value than the overpriced 2017 machine.