The new Apple Pencil costs £30/$30 more than the old one (which remains on sale), and more than justifies the higher cost. The design is more functional and – in our view – looks better too, although we can see the ultra minimalist appeal of the first-gen model. The tap-to-wake feature is brilliantly convenient; the double-tapping is useful in Notes and we can only imagine will soon be essential in a wide range of art and design apps once developers get on board. But the clinger is the magnetic attachment/auto wireless charging combo, which justifies the price on its own and rights one of the most serious design crimes committed in Cupertino in years. So it’s a big thumbs up for the 2018 Pencil. But the sad conclusion of this article is that it doesn’t matter which one you prefer, because of the seven Pencil-compatible iPads, only two can use the new model (and only the new model), while the other five are stuck on the 2015 version. So your choice of iPad will dictate your choice of stylus. If you’re trying to decide which iPad to buy, of course, the brilliance of the new Pencil should count as a strong point in favour of the 2018 Pros.

It was no great surprise, given the pre-show speculation, when Apple rolled out exciting new iPad Pro, MacBook Air and Mac mini models on 30 Oct. What was more surprising was that the show was almost stolen by a new stylus.

The second-gen Apple Pencil, which was announced at the same time as the 2018 iPad Pros (which are for the time being the only devices it will work with), gets a new design and a bunch of new features, and generally leaves its previously beloved predecessor in the dust. But how much has really changed? In this article we compare the 2015 and 2018 Apple Pencils and help you decide if the time has come to make the upgrade.

The good news is that you still have the choice – partly because two iPads still sold by Apple are only compatible with the older Pencil.

Which iPads work with which Pencil?

This is really important. Some iPads work with the 2015 Pencil, and some work with the 2018 Pencil, but there are no devices in existence that work with both. So for those who already own an iPad, the choice will be pretty straightforward: you buy the Pencil that works. (Or get an alternative stylus.)

iPads that work with Apple Pencil (2018)

iPads that work with Apple Pencil (2015)

Other iPads, and all iPhones, do not work with either Pencil. More details here: Which iPads work with which Apple Pencils?

We loved the look of the first Pencil, which was clean and pure and minimalist. But it had a few issues.

One was the way its beautifully round shaft tended to roll endlessly if it was placed carelessly on a table, and then usually drop unseen on to the floor. Another was the widely mocked charging method, which involved removing a small (and frequently lost) cap on the end and plugging it in at a dangerous-seeming angle to an iPad’s Lightning port.

Both of these appear to have been solved. Apple has shaved off one flat edge, which means it won’t roll too far, and a formidable array of powerful magnets allow you to attach the Pencil, via this flat edge, to the 2018 iPad Pro models. Best of all, the Pencil will automatically and wirelessly charge when attached in this way; you no longer need to plug in via Lightning, nor is there a detachable cap to lose.

The new Pencil is a bit shorter than the last one, although the balance remains pleasing in the hand. And finally, the pure gloss white of the first gen has been replaced by a more prosaic but in our view nicer matt finish, including a logo on the flat edge (and, if you wish, a personal engraving). 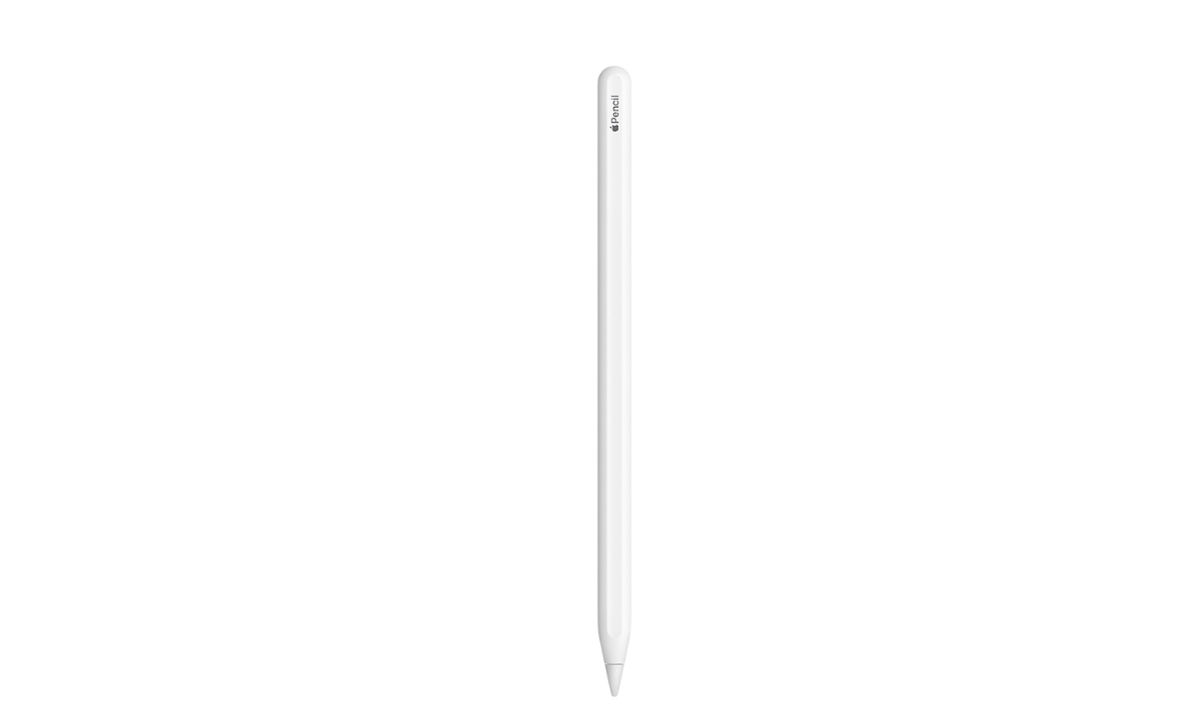 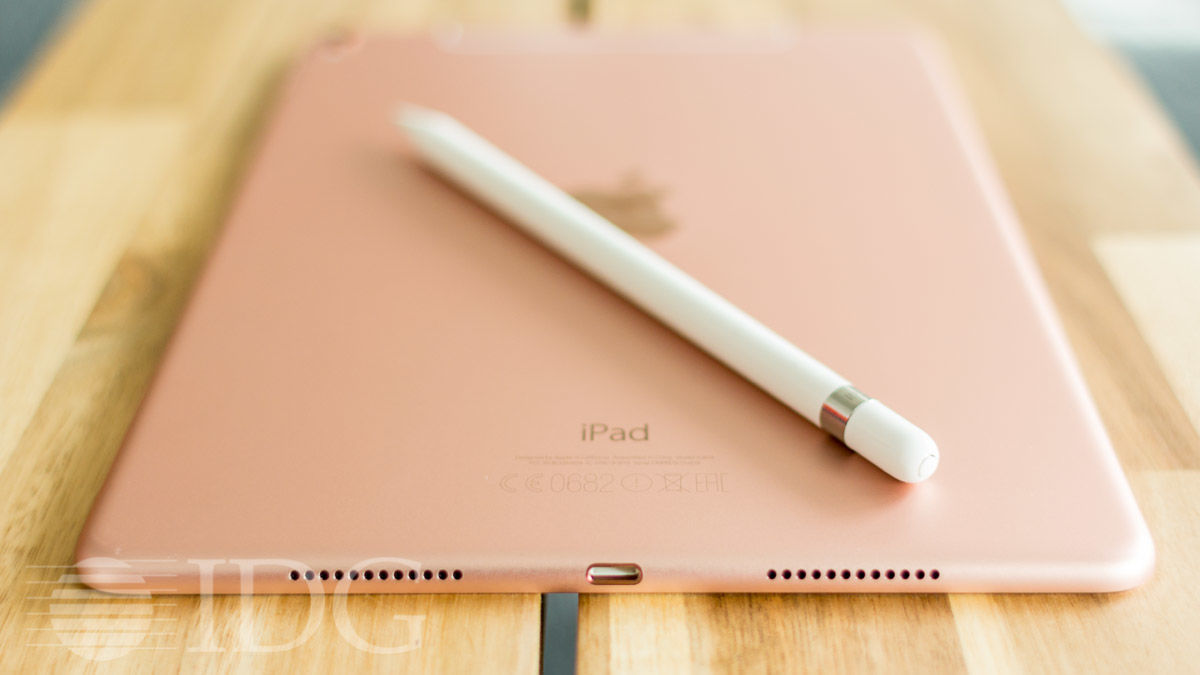 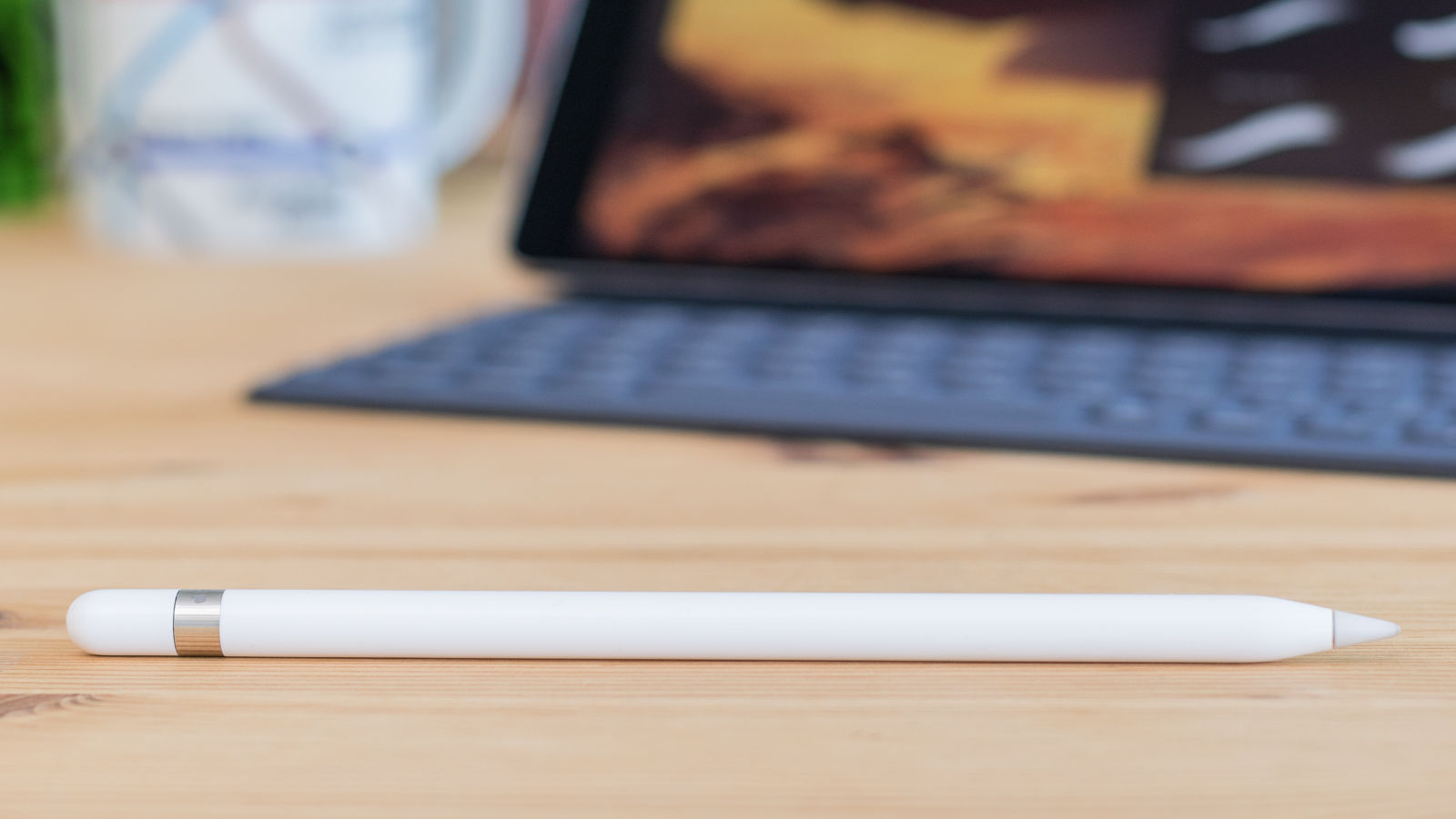 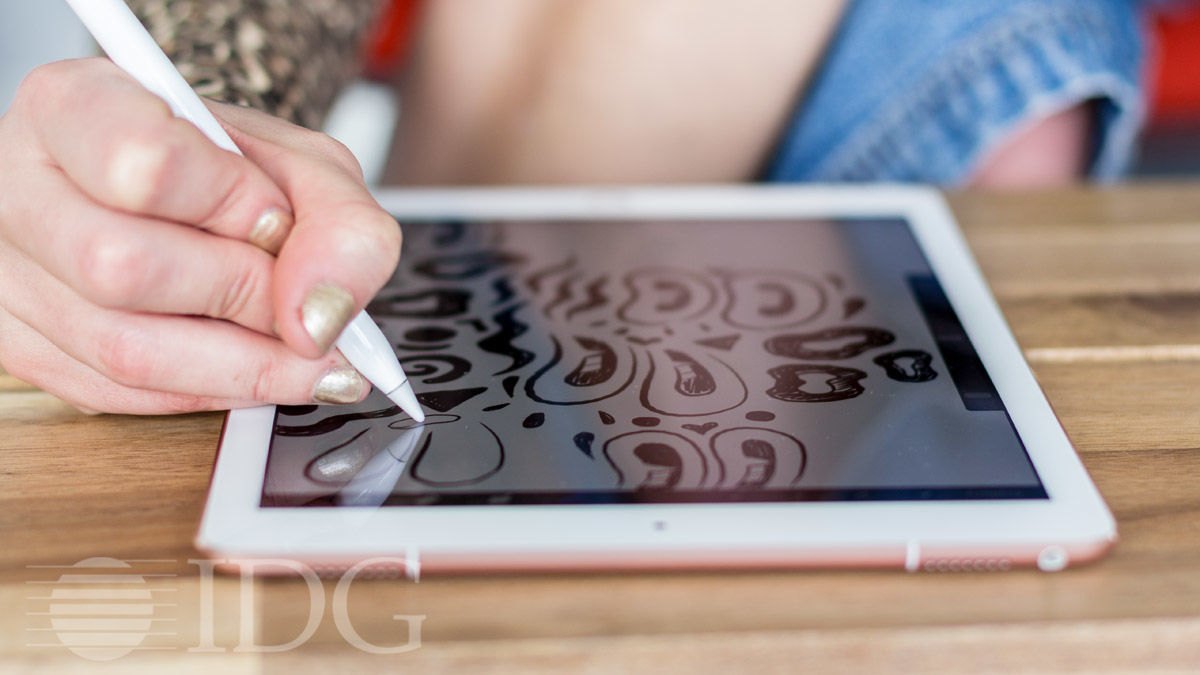 We don’t know much about the specs of the new Pencil, but assume by Apple’s silence on the matter that the basics remain the same. This is fine; performance was excellent already and the first-gen Pencil was the best and smoothest iPad stylus around.

But there are several new features to talk about.

We’ll briefly retrace our steps and return to the magnetic attachment first. Aside from offering convenient storage, doing this causes the iPad to detect the Pencil and (on the first try) offer to pair it right away. And when you do this again in future it not only makes the Pencil start charging but pops up a small box at the top of the iPad’s screen showing its battery percentage.

The flat edge isn’t just there to stop the Pencil rolling; it also acts as a button. Double-tapping the edge triggers app-specific functions, and while the usefulness of this will depend on developer support, it feels much easier to exploit than more involved hardware controls like the MacBook Touch Bar. In Notes, for example, double-tapping switches between the pen and rubber functions, and we assume design and creativity apps will find similarly fundamental uses of this feature.

The last feature we’ll mention is a wake-up function. If your iPad is sleeping, you can tap the screen with your new Apple Pencil and it will wake up and open into a new document in Notes (without necessarily unlocking). This is an ultra-convenient way of jumping straight to your note-taking apparatus in a minor crisis, without having to jump through unlocks and app selection.