Personally we’ve always found the MacBook’s 12in screen a touch too small for day-to-day use, which makes the arrival of a souped-up and Retina-equipped 13in Air exceptionally pleasing. As far as we’re concerned this is a no-brainer; the Air is ahead on most key specs and still available for slightly less at the entry level (and even if you insist on storage parity and pay an extra £200/$200 for a 256GB model, it’s still more than capable of justifying the cost). The larger screen and newer processor are the highlights for us but Touch ID and a better camera and battery are among the advantages that will lure in others. If you’re looking for portability above all else, the 12in MacBook remains the laptop to beat. But if you can compromise (slightly) on that factor, the Air is now the one to go for.

Apple’s iPad Pro launch event on 30 Oct was gatecrashed by an old friend called the MacBook Air. Now that’s a name I haven’t heard in years, we all thought, before being pleasantly surprised by the comprehensive update this long-neglected laptop got for 2018.

In this article we take an in-depth look at the new MacBook Air for 2018, and compare it to Apple’s other ultraportable laptop, the MacBook 12in (2017). We look at design, build quality, features, specs and value for money, and help you decide which is the machine for you.

You can buy both models direct from Apple, or check out our roundup of the best MacBook deals.

There’s little to choose between the devices in this department; whereas the original MacBook Air broke new ground in slimline ultraportability and the 12in MacBook took that design philosophy one step further, the new Air is more of the (beautiful, extremely portable) same.

Both devices are slim and taper to an even slimmer edge (hence the multiple dimensions for thickness):

The 12in is unsurprisingly the more portable of the two devices, but both will fit happily into a rucksack.

Both laptops are available in silver, gold (albeit a fairly pinkish gold) and Space Grey: they look effortlessly minimalist, although some will begrudge the reduction in port numbers (two on the Air, just one on the MacBook, and in each case one will be needed for power). And both have a mirrored, not glowing, Apple logo on the lid. 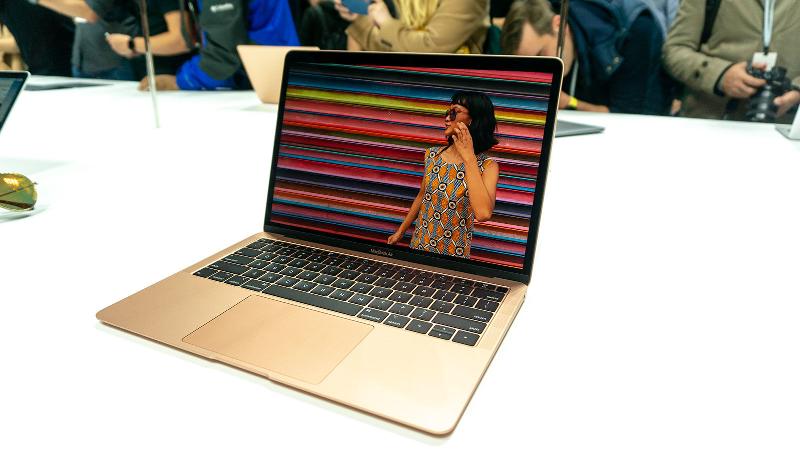 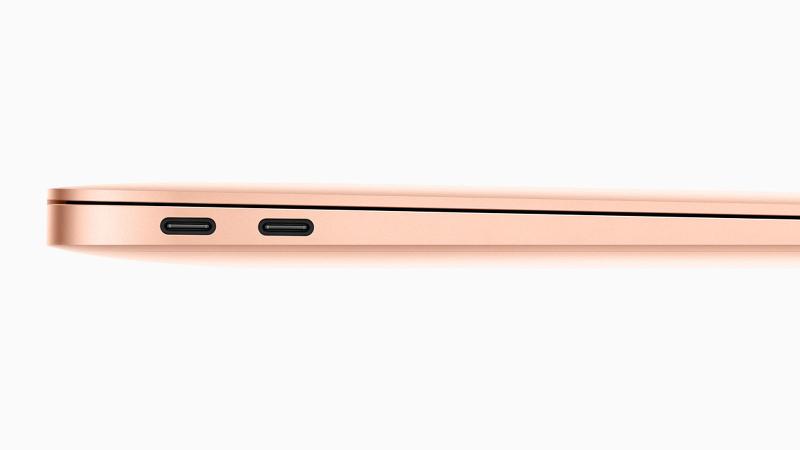 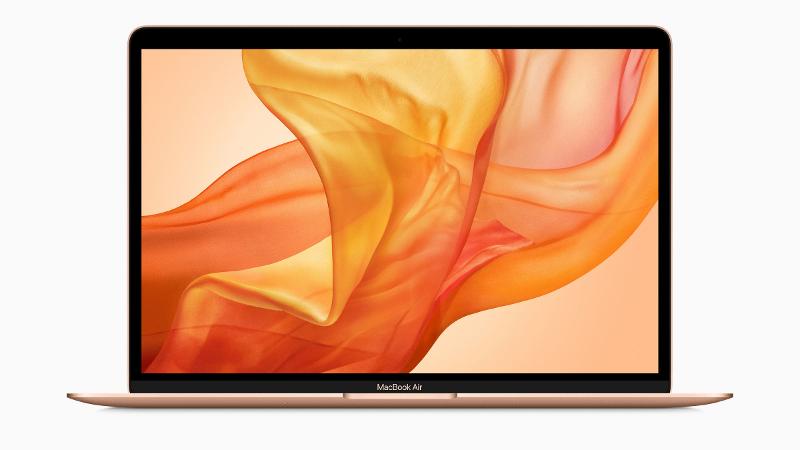 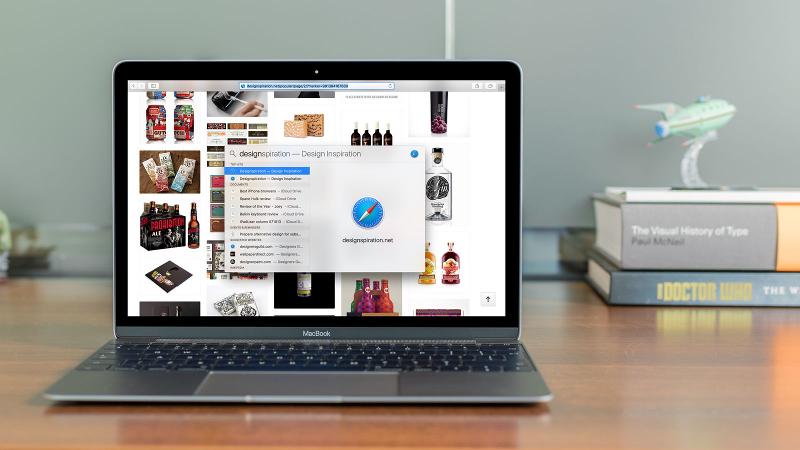 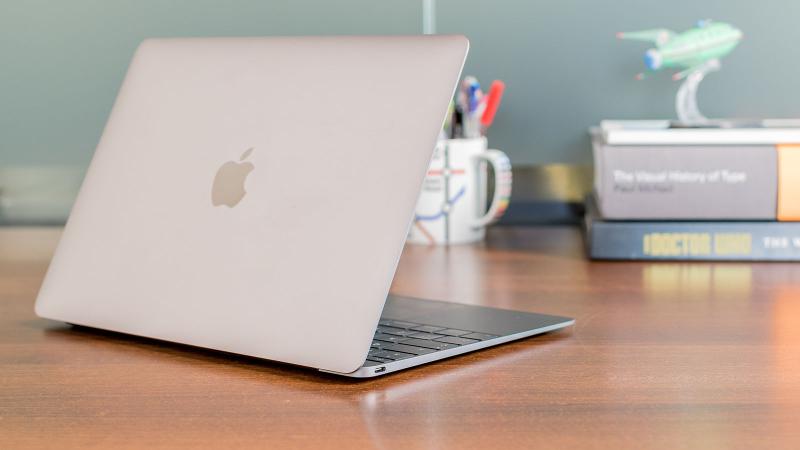 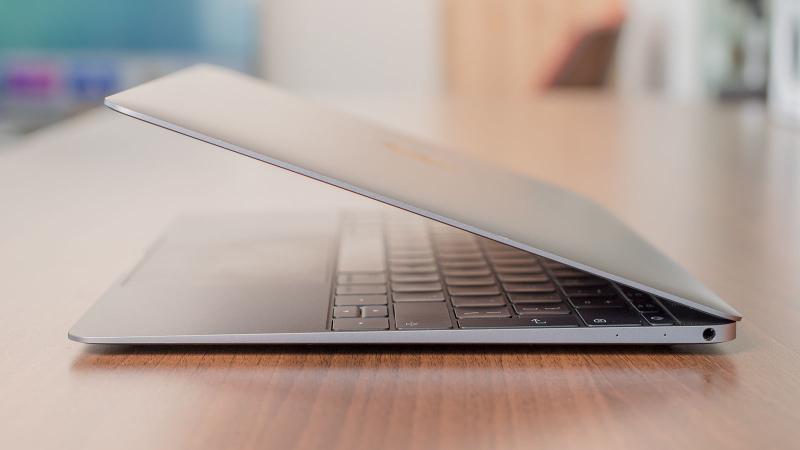 Both laptops look great on the outside but a quick look at the specs list shows that the new Air is some way ahead on the interior.

If we compare entry-level models, which are priced closely together (the Air is £50/$100 cheaper), we find that the Air has a faster and newer processor (and a better integrated graphics setup), a higher-quality camera, a bigger battery (and two extra hours of estimated battery life), an extra USB-C port (and the ability for its ports to double as Thunderbolt), an extra microphone, a bigger screen and Touch ID.

Many users would regard 128GB as a manageable minimum, however, and you can store plenty of files in the cloud these days. Indeed, we tend to regard the Air’s much wider range of storage capacities as a boon in itself: you can go anywhere from 128GB to 1.5TB, compared to 256GB or 512GB with the MacBook. It’s easier to customise your Air to suit your precise storage requirements (and budget).

You can also read our predictions for the 2019 MacBook Air here.

Both MacBooks run macOS, and if you buy either now it will come with macOS Mojave installed. Mojave is a popular update that adds a dark mode and far superior desktop organisation to the already attractive and user-friendly macOS experience.

Note that while all is equal for now, plumping for the older of these two machines may mean you stop getting free macOS updates slightly earlier, although Apple does not follow a predictable pattern.