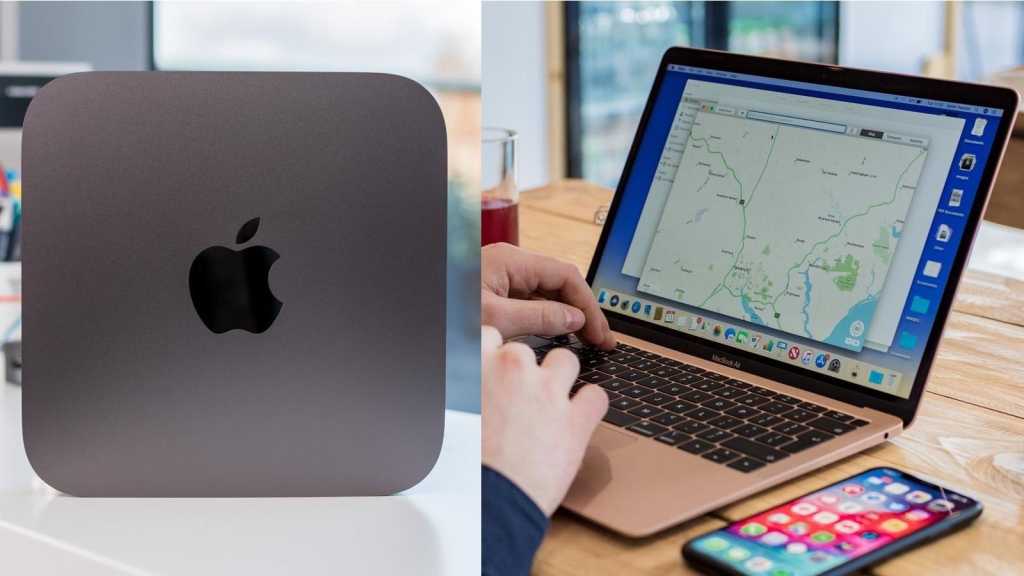 Whether the Mac mini or MacBook Air is the best value Mac depends primarily on what you need it for. In general the Mac mini is the winner in terms of how much bang you get for your buck. Unless, of course, you want a laptop, in which case the choice is obvious.

The Mac mini and MacBook Air are priced lower than any other Mac in Apple’s line-up, and yet they still feature impressive spec – including being some of the first Macs to feature Apple’s M1 Chips.

If you are looking for a bargain – the cheapest Mac money can buy – you may be trying to decide between these two Macs and wondering which one offers the best value for money. If that sounds like you you’ve come to the right place. In this article we’ll be looking at whether an Apple fan on a budget should buy the MacBook Air or the Mac mini? Read on for our detailed analysis and buying advice.

In November 2020 Apple updated the MacBook Air and the Mac mini with the new M1 Chips – beginning Apple’s transition of its whole range from Intel to its own processors. Now the Mac mini and MacBook Air are more alike than ever, but different in many important aspects, as you will see if you read on.

We also have a full review of the M1 MacBook Air and a Mac mini M1 review.

In terms of specs the Mac mini and MacBook Air are more similar than ever, thanks to the use of the M1 Chip in both. But these Macs have very different appeals – which is probably why there remains a Mac mini model with an Intel processor inside to meet demands of a market that might not even consider the MacBook Air.

Here’s how the specs compare:

That’s a very broad overview, but it should give you an idea of what is the same and what is different. Note the multiple options for the Mac mini thanks to that remaining Intel model.

Below we will look in more detail at each of the components inside these similar but very different machines.

As you can see, the Mac mini and the MacBook Air both feature the M1 chip with one difference – the entry-level MacBook Air only offers 7-core GPU, while the other models have an 8-core GPU. We’ll be discussing graphics later on, so we won’t go into that now.

The other difference is that the Mac mini includes a fan, so that when the mini is pushed by intensive operations the fan will kick in and it will be able to stay cool, the MacBook Air lacks a fan so it’s possible that if you were to really push a MacBook Air it would slow down so as not to overdo it.

We make this latter point to emphasise that while the MacBook Air and Mac mini have the same processors, there are other factors that could mean that the mini has a bit more oomph.

There is also the Mac mini with 3.0GHz 6-core Intel i5 8th-gen processor. The fact that this model remains does serve to illustrate the difference between M1 and Intel, which isn’t clear when you look at the details on paper (because Apple doesn’t mention clock speed, so we can’t make a judgement based on comparing 3.0GHz with the GHz of Apple’s chips.)

However, the results we are seeing for the M1 Mac mini suggest that Apple’s processors are giving Intel chips a run for their money. 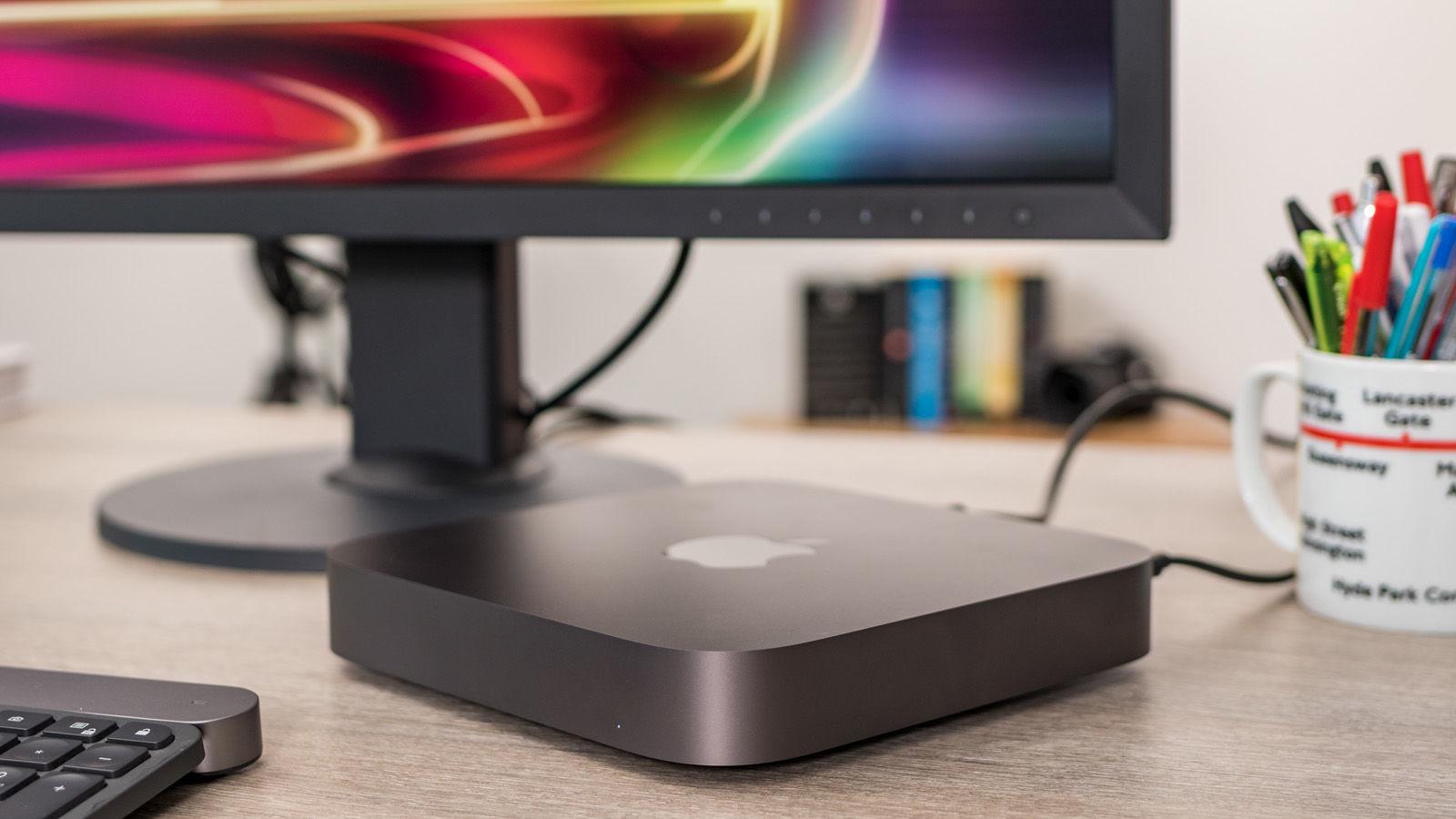 All the models we are discussing here ship with 8GB RAM. However all RAM is not the same. Apple talks about how the RAM in the M1 Macs uses a unified memory architecture, or UMA, and is therefore accessible to both the CPU and the GPU with performance benefits.

However, what you might not notice at first glance is that only can the Intel-powered Mac mini model can be maxed out with 64GB RAM, while the M1 MacBook Air and Mac mini are limited to 16GB.

The other difference is in terms of graphics. As we mentioned above this is a significant difference between the entry-level M1 MacBook Air and the other MacBook Air and M1 Mac mini. The £999/$999 Air only has seven GPU cores, while the others have eight. The Intel 3.0GHz Mac mini model has an integrated graphics card – the Intel UHD Graphics.

There are benefits from Apple’s new graphics when compared to Intel’s integrated solutions, so the M1 models are better here. However, only the Intel Mac mini can support an external graphics card, and it’s been found that eGPUs beat the graphics capabilities of the M1 Macs. So if you need discrete graphics (and you aren’t interested in an iMac or a 16in MacBook Pro preferring instead to invest in an eGPU) the only option here is the Intel 3.0GHz 6-core Mac mini. We have a separate article if you want to know how to use an eGPU with a Mac.

The MacBook Air and Mac mini have very similar storage allocations: 256GB and 512GB. If you need more space both the Mac mini and the MacBook Air offer 2TB as a build-to-order option.

If you need the space but want to keep the price down we recommend either subscribing to iCloud or getting an external hard drive might be a better idea – here’s our round-up of the best hard drives for Mac. 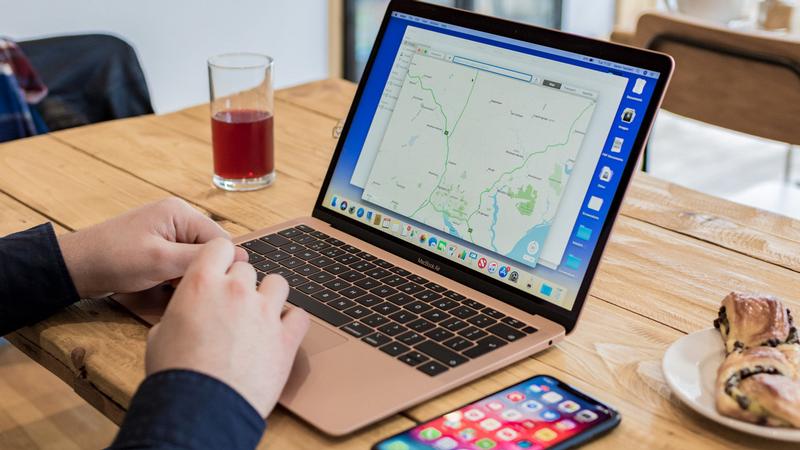 The MacBook Air has a 13.3in LED-backlit display Retina display. The Mac mini has no display. With that in mind you might be thinking that the Air would be the obvious choice, but a 13in display may not be big enough and you may well end up plugging your laptop into a second display. At which point you might as well have got the Mac mini (although at least you’d have two screens to work on). Find out about the best displays for Mac here and how to use a second display with your Mac.

If you need ports – and specifically if you need HDMI and one or more of the older-style USB ports then the Mac mini is your best bet as it has all of those and more. 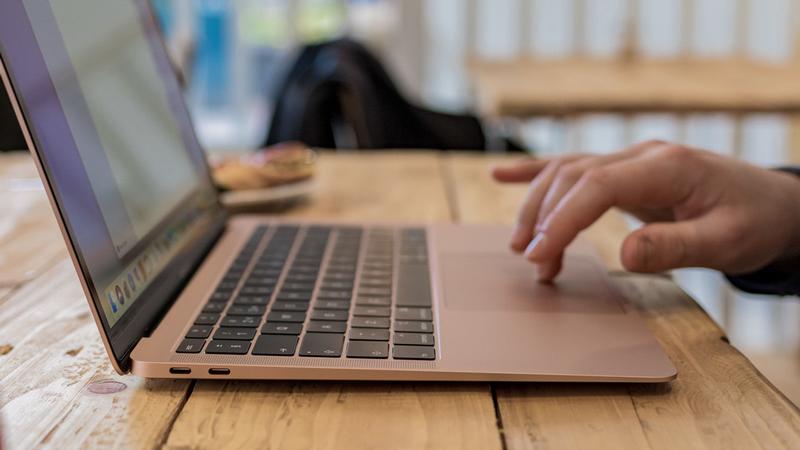 So, with all the above in mind, what offers the best value for money? The MacBook Air or the Mac mini?

The Mac mini already has a lower price than the MacBook Air, starting at £699/$699 compared to £999/$999, but the extra £300/$300 you could spend to get a MacBook Air could be money well spent since it will also get you a 13in Retina display and the ability to work from anywhere.

When it comes to sheer value for money, we think the Mac mini wins thanks to its low cost – which is now £100/$100 than it was prior to November 2020 – and impressive specs. 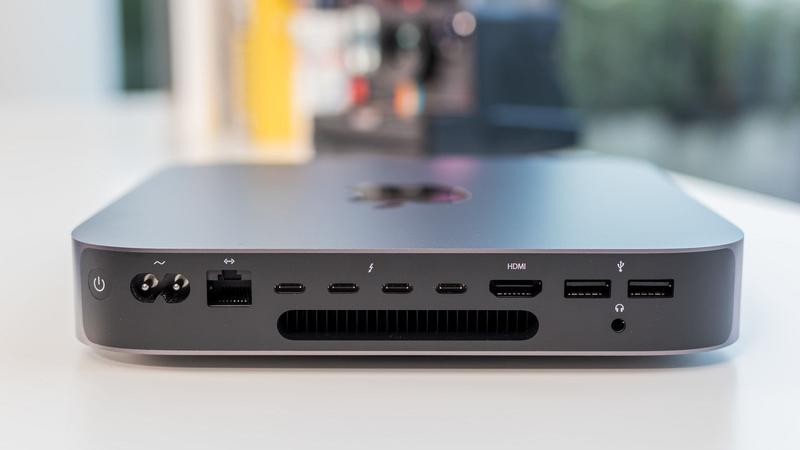 You don’t have to pay full price though. A number of resellers will discount even the latest models. Check the deals below to see what’s on offer:

So, to conclude, the MacBook Air and the Mac mini are similar, but also very different.

Both have a lower price than any other Mac Apple makes.

The Mac mini is the best option for power, but mainly because it has a fan where the MacBook Air doesn’t. This is unlikely to be a problem for you if you aren’t using processor intensive apps.

Only the MacBook Air comes with a screen and keyboard, which may well swing it for you.

When it comes to people who are just looking to buy a Mac to use for general day-to-day activities, like spreadsheets, documents, a bit of photo editing, and some web browsing, the entry-level Mac mini and MacBook Air are surprisingly comparable.

If you just want a computer for use at home, and you have a monitor already, the Mac mini would be a great choice.

If you want a computer that you can use anywhere then the MacBook Air is the one.

So which one would we choose? As much as we love the  Mac mini we think that the days of the desktop are numbered and people are much more likely to choose a laptop – and there are plenty of very good reasons why they do that, all of which will apply to the Air, making it our low-cost Apple Mac of choice.