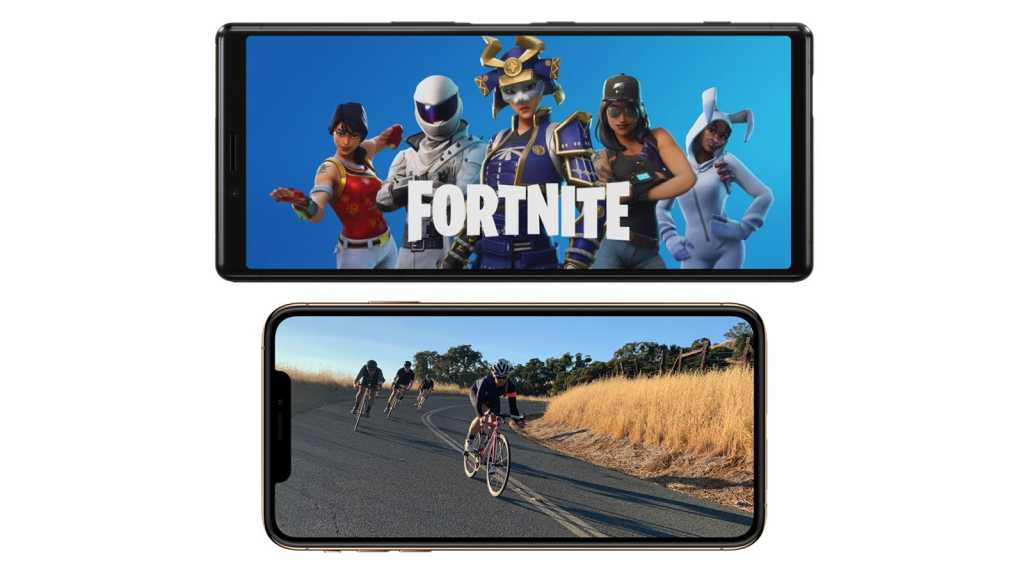 The Xperia 1’s 4K HDR screen is hugely promising (although the unusual aspect ratio will seem odd to many), and the triple camera is another challenge to Apple. Whether you consider that appealing spec sheet to be worth switching to Android is another matter.

Ahead of the MWC extravaganza, Sony attempted to distract and seduce tech journalists by announcing its Xperia 1, an ultra-tall smartphone with a 4K OLED screen and triple cameras. It’s impressive, but is it enough to get people talking about Sony phones again?

In this article we put the Xperia 1 head to head with Apple’s iPhone XS on design, build quality, features, specs and value for money. Which is the better premium smartphone for you?

The Xperia 1 starts from £849 and will be released in ‘late spring’, according to the maker’s vague pronouncements. Get the latest news from Sony’s website.

You can buy the XS direct from Apple, or peruse our roundup of the best iPhone XS deals.

You know what you’re getting from the iPhone XS’s design: more of the same. It’s essentially the same chassis as the iPhone X from 2017 (although it’s now available in gold), with a few spec tweaks under the bonnet.

Now, if you’re thinking about upgrading from the X, that’s likely to put you off. But most people will simply want to know if the XS looks nice and feels good in the hand – and it does.

The shrunken bezels and lack of a Home button means it’s an almost all-screen design (the main imperfection in this regard is the ‘notch’ at the top, which some users find distracting when viewing full-screen videos but most of us have got used to) and the dimensions are beautiful judged. You can easily hold and use the XS in one hand, yet the screen is (at 5.8in) indulgently large – at least for an iPhone.

But not for an Xperia. Despite coming in at £150 less than the XS, its screen is far larger – 6.5in, matched among Apple phones only by the XS Max, the XS’s bigger and even costlier sibling. Plus it’s got a 4K resolution, and no notch.

So a massive win to Sony? Yes, most likely. With a couple of caveats: first, the samples we were able to play with at the Xperia 1 preview were not unlocked so we don’t really know how good the screens are for video and gaming.

And second, the Xperia 1’s hefty screen has an unusual aspect ratio. It’s 21:9, and very few other phones use this.

There are plenty of advantages to this approach (it matches the ratio used by filmmakers, and you’ll consequently be able to view Netflix films with no letterboxing) but it’s undeniably niche, and will feel odd at first.

As well as the gold finish previously mentioned, the XS is available in silver and Space Grey. The Xperia 1 comes in black, white, silver and purple. 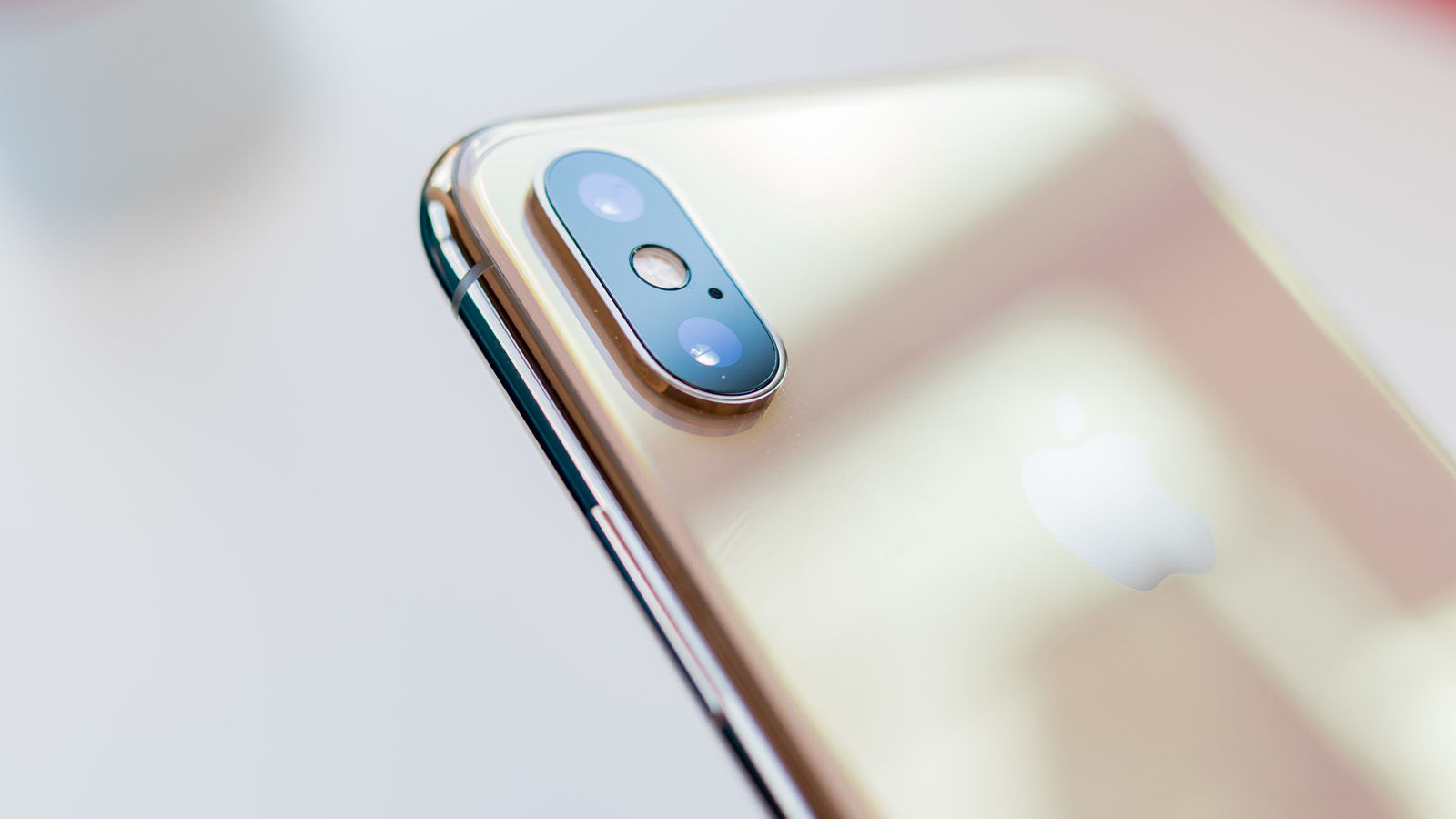 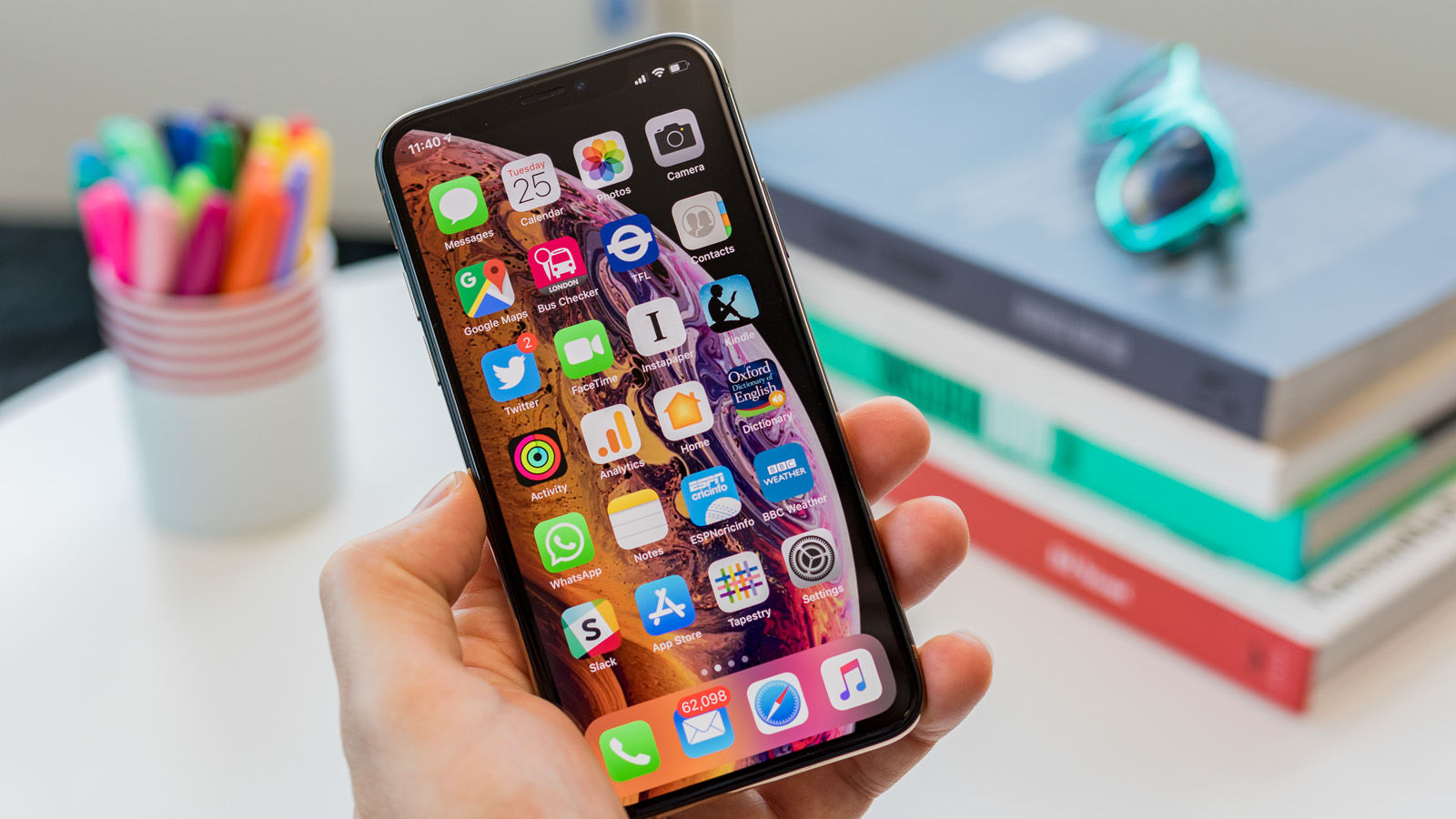 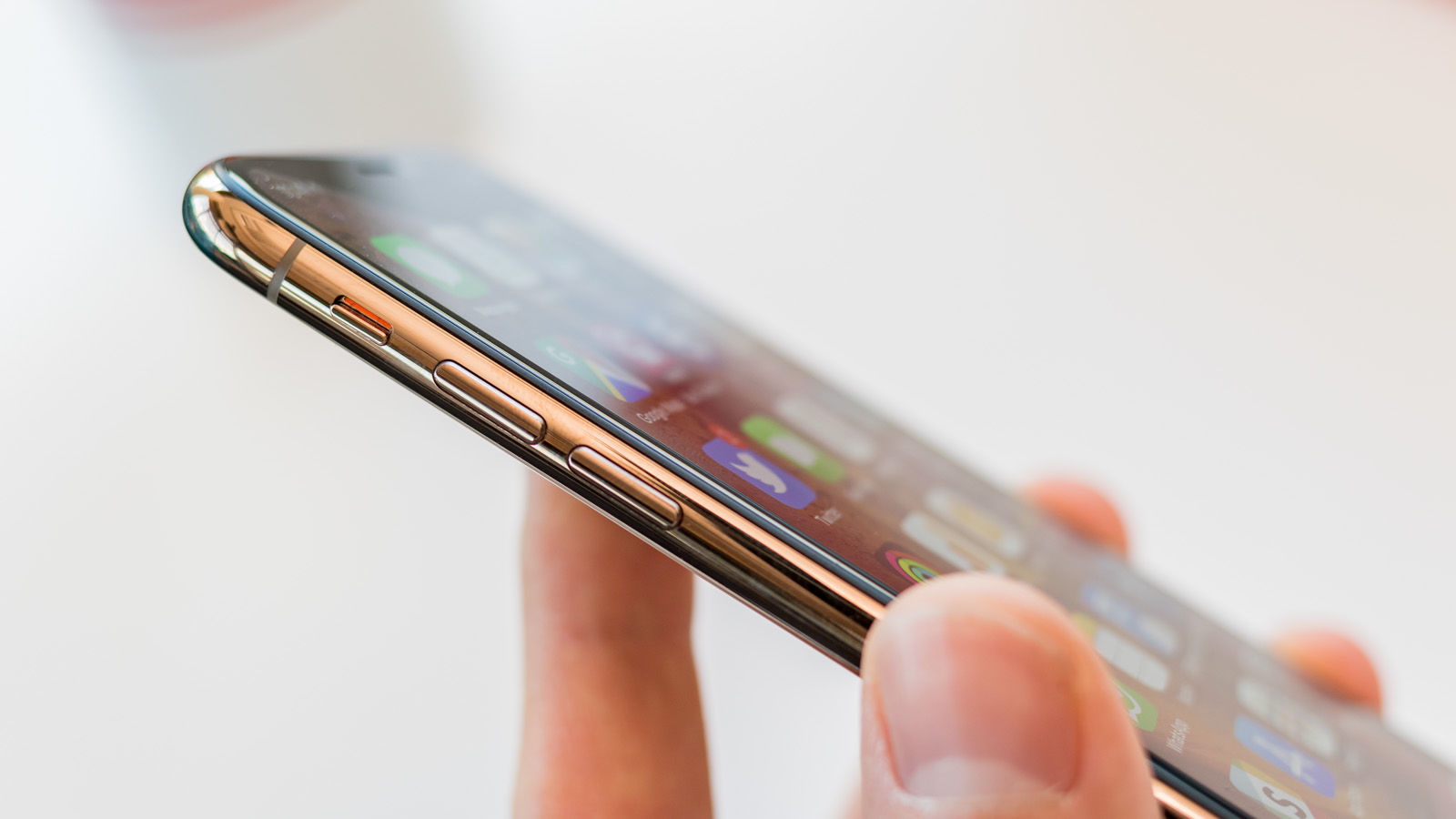 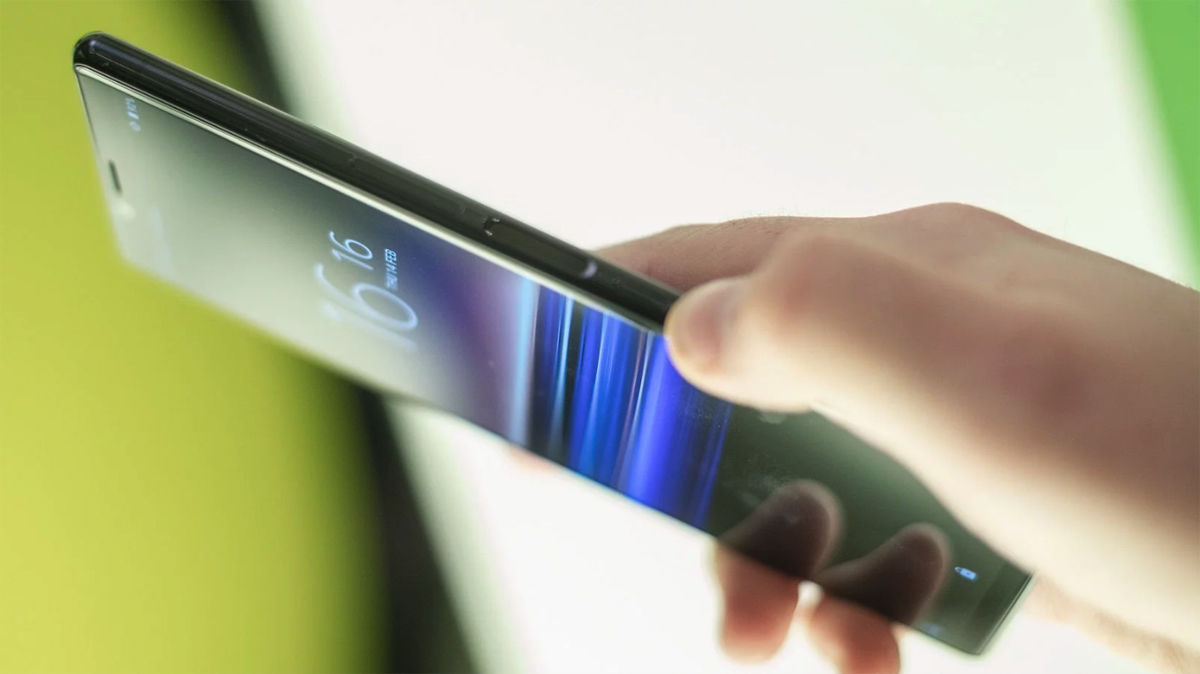 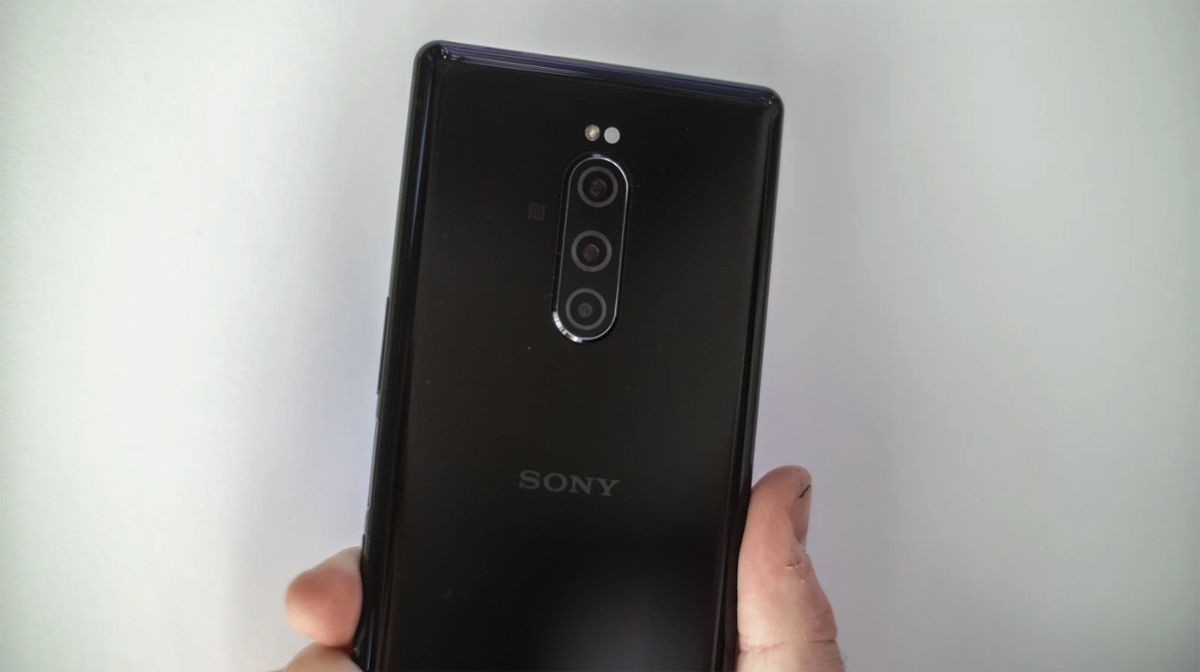 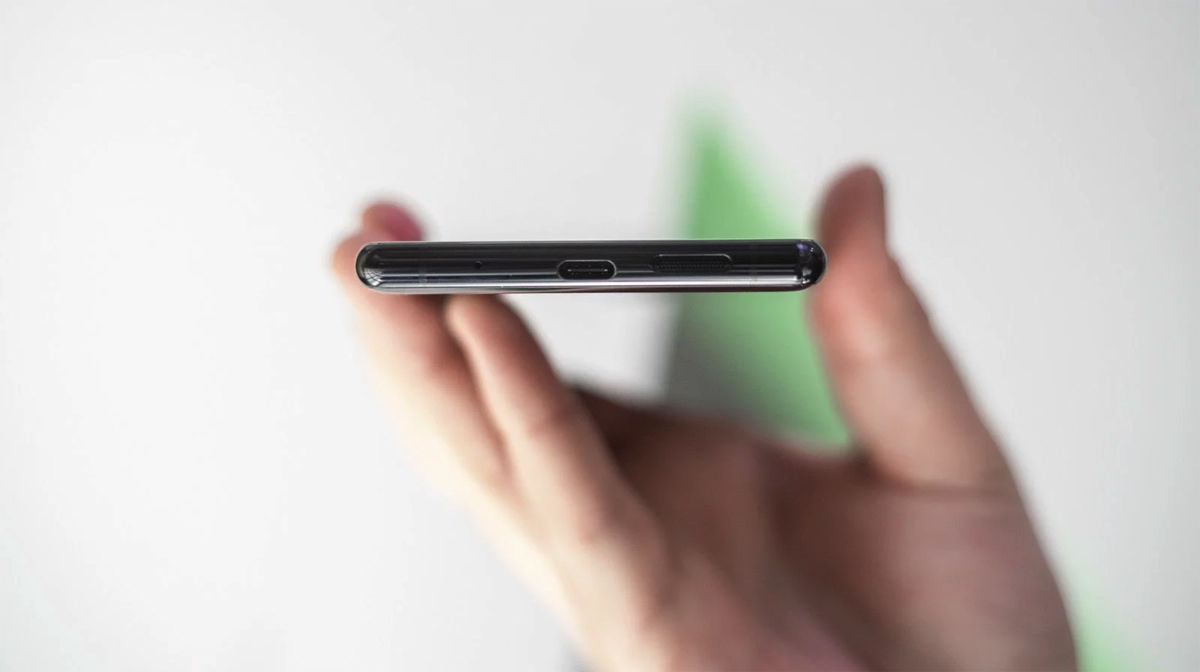 These are both attractive phones, with the XS shading the aesthetic battle in our view but the Xperia certainly doing more interesting things with its design. The real contest, however, comes down to the features and specs. Here are the highlights.

Let’s return to the screen, which is the Xperia 1’s marquee feature.

Sony loves milestones, and this is the world’s first 4K HDR OLED. We haven’t had much of a chance to test this but it should be a fabulous display based on our experience with the XZ3.

The XS’s display is more of a known quantity, and it’s a stunner – although, as with the design, largely the same as the X. The picture is bright and sharp, and colours vivid and accurate, and you get Apple’s True Tone (which adjusts screen output to account for environmental lighting conditions) and 3D Touch (which lets you hard-press onscreen elements to access shortcuts and secondary actions).

Apple equipped the XS with one of the best camera setups in the business, although the five months since launch have seen the rise of something it can’t match: the triple camera. (It’s widely believed, in fact, that the next iPhone may go the same way.) And the Xperia 1 is the latest newcomer to force unfavourable comparisons.

Three 12Mp sensors allow you to shoot wide, super wide and telephoto zoom images, while the f/1.6 aperture is promising for low light – but we haven’t tested it yet.

Until we do, we can only spend our time taking as many photos as is humanly possible with the XS’s mere two rear-facing camera lenses. They produce shots with excellent detailed and faithful colour reproduction, not to mention a high-quality portrait mode.

Buy the iPhone XS now and it will come with a variant of iOS 12 preinstalled (at time of writing, most likely 12.1.4). iOS 12 was a comparatively quiet update, with Apple supposedly shelving a number of planned new features in favour of improving its overall performance and stability, but we still got Screen Time, Memoji and group FaceTime.

And the XS will be able to update (for free) to iOS 13 when it comes out in autumn 2019 – which is when those postponed new features are expected to roll down the pipe.

The Xperia 1, on the other hand, runs on Android: specifically Pie, the latest version. Pie adds features to help you use your device less and thereby improve your life balance and mental health, much as Screen Time attempts to do on iOS, and features an improved interface and gesture support.

But this is a larger discussion, and most mobile users will have a loyalty to either iOS or Android that runs much deeper than the latest versions. If you haven’t taken a side yet, you could be forgiven for wondering what the big deal is, since both operating systems are now highly polished, stable, secure and feature-packed – but there remain differences in the underlying philosophies that are reflected in the way they evolve.

Android is generally a more open platform, and it is easier to customise your experience to your personal preferences (many phone makers do a bit of customisation themselves), and to look for apps outside the official channels if you don’t want to be restricted to Google Play. It’s also less aggressive than iOS about making you update to the latest version.

This is all great news if you’re comfortable fine-tuning your OS and setting things up for yourself – and are savvy enough not to download malware by mistake. But the fragmentation of Android versions in the wild makes it harder for security holes to be patched quickly, and some phone users would prefer to just get the optimal setup without having to tinker.

Apple is all about the optimal setup, and is often grudging when you try to do things differently (although much better than it used to be). To be fair, iOS does provide a slick and intuitive experience without user intervention, and is a better choice for inexperienced users.

Finally, both platforms have a vast library of available apps. But note that Android is less strict in its vetting procedures: this is why it has more apps, and also why trash is more common on its store. There’s plenty of trash on Apple’s store too, but the proportion is lower, and big-name apps will tend to appear there first because Apple users are known to be more willing to spend money.

It’s far too early for a definitive judgement – that will wait until we can get review samples for prolonged testing in our labs – but our first impression is that Sony has come up with a cracker.

The Xperia 1’s big and highly specced 4K HDR screen should be great (although the unusual aspect ratio will seem odd to many), and the triple camera is another challenge to Apple. Whether you consider the largely better specs (at least in theory – real-world experience is another matter) and lower price to be worth switching to Android is another matter.