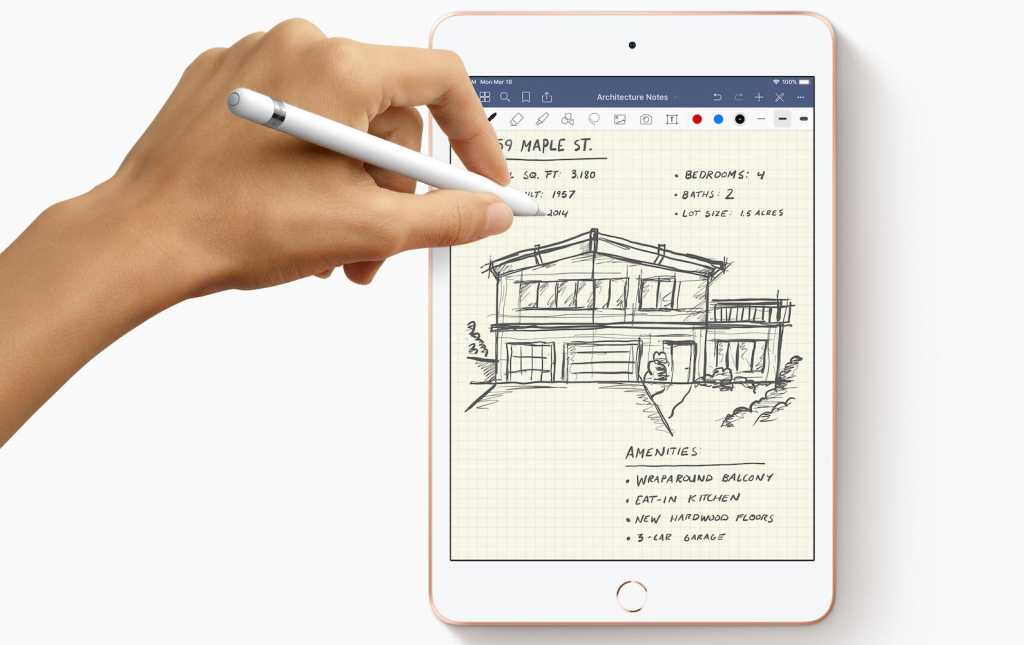 How does the 2019 iPad mini compare to the iPad mini 4? It’s in a different league thanks to the processor update and the improved FaceTime camera. Sure, the entry level mode now has less storage – 64GB rather than 128GB – but you can store so much of your content in iCloud that there really isn’t as much need for on-device storage now.

Prefer your iPads on the smaller side? You will be happy to learn that Apple has updated the iPad mini, almost four years after the previous model launched in September 2015.

If you were hoping for a redesign you’ll be disappointed, the new 2019 iPad mini is pretty much identical to the older model. In fact the design of the iPad mini has hardly changed since it was launched in 2012.

So what is new and is it worth updating from your older iPad mini? In this comparison review we’ll compare the iPad mini 4 and the new iPad mini 5, but we’ll also discuss how the various feature have changed over the year so that if you have an older iPad mini you will know exactly how the new one will improve your experience.

The 2019 iPad mini is available to order from Apple now, although at the time of the launch stock was limited with delivery not expected for a week or so.

You can order an iPad mini here.

The following choices are available:

The price is determined by how much storage you require and whether you want to be able to connect to a mobile network. Your choices are as follows:

In terms of whether you are getting a good deal at that price, if we take a look at how the pricing structure used to add up, the news looks promising. 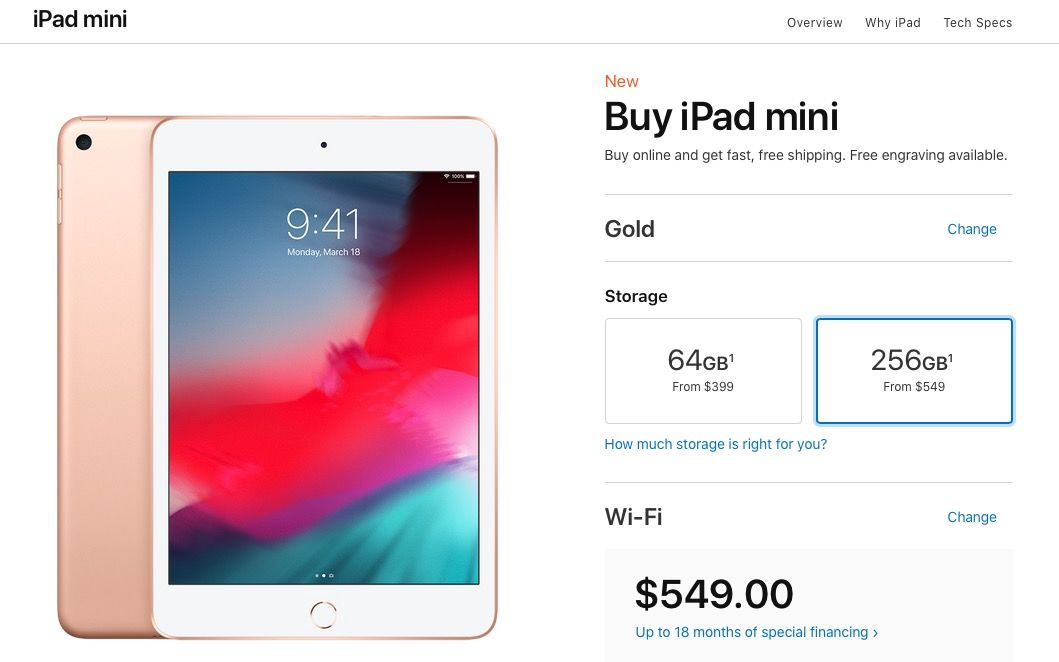 So, essentially, over the years, Apple’s changed the capacity of the entry-level model, and the price has fluctuated.

Until recently it was possible to get a 128GB version for £399/$399. Now you get half that amount of storage for the same price. But the key factor to consider here is that there is a huge leap in the specs of the 2019 model compared to the 2015 model, and Apple’s previous pricing structure reflected the fact that the 128GB iPad mini 4 was three years old.

As we said above, the design for the iPad mini hasn’t really changed over the years. The screen is still 7.9in, just as it was back in 2012 when the iPad mini first launched. Apple hasn’t reduced the size of the bezels like it did with the iPad Pro, and there is still a Home button (bound to please many). 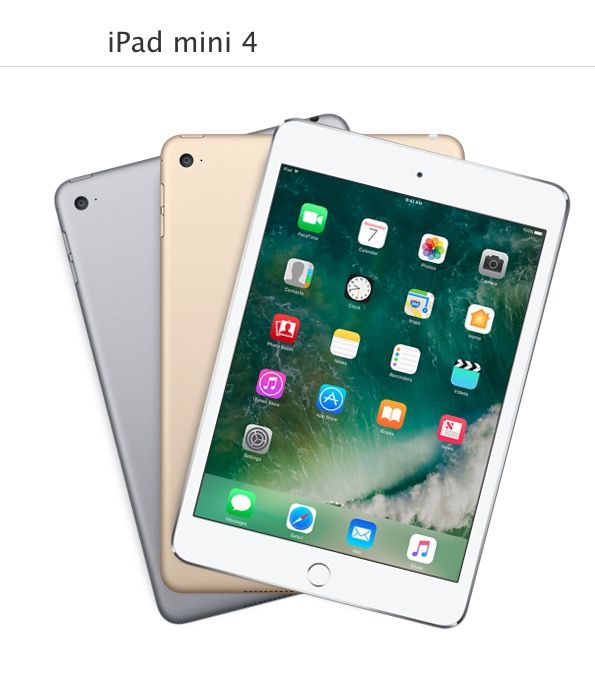 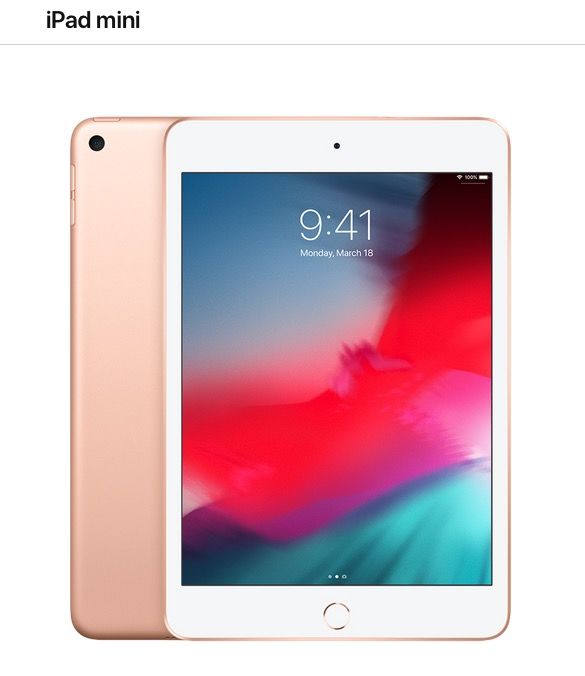 The 2019 iPad mini measurements are as follows:

That’s the same dimensions as the iPad mini 4, but the newer model is slightly heavier:

There are some discernible differences between the two models though, for example, the volume control buttons look a little larger this time around, which may mean that older cases don’t fit the new models. (We’ve got a round up of iPad mini 2019 cases here).

The display isn’t completely identical to the previous model though, the new iPad mini is enhanced thanks to True Tone, which we’ll look into in more depth in the Display section below.

With a gap of three years since the iPad mini was last updated you can expect a big leap in performance between the two devices. The 2019 iPad mini gains a newer processor, a better FaceTime camera, and True Tone display. A lot remains the same though, read on to find out more.

The older iPad mini 4 featured the A8 processor and M8 motion coprocessor. That’s the same processor used in the iPhone 6 when it launched back in 2014.

The 2019 iPad mini uses the same A12 Bionic processor with its Neural Engine and embedded M12 coprocessor found in the 2019 iPad Air, iPhone XR, XS, and XS Max. The 2018 iPad Pro goes one better with the A12X Bionic chip, while the 2018 iPad uses a A10 Fusion processor.

While we haven’t been able to run our benchmarking tests on the new iPad mini yet, we can get an idea of how much faster it’s likely to be based on comparisons between the iPhone 6 and the iPhone XS. We can confidently say you can expect a huge speed boost. Apple goes as far to say that the 2019 iPad mini is 3x faster than iPad mini 4.

New to this mini is True Tone – which is a feature first introduced on the 2016 iPad Pro before arriving on iPhones and the MacBook Pro. True Tone assesses the ambient light and adjusts the white balance so that colours appear more accurate, it also helps counter eye strain. 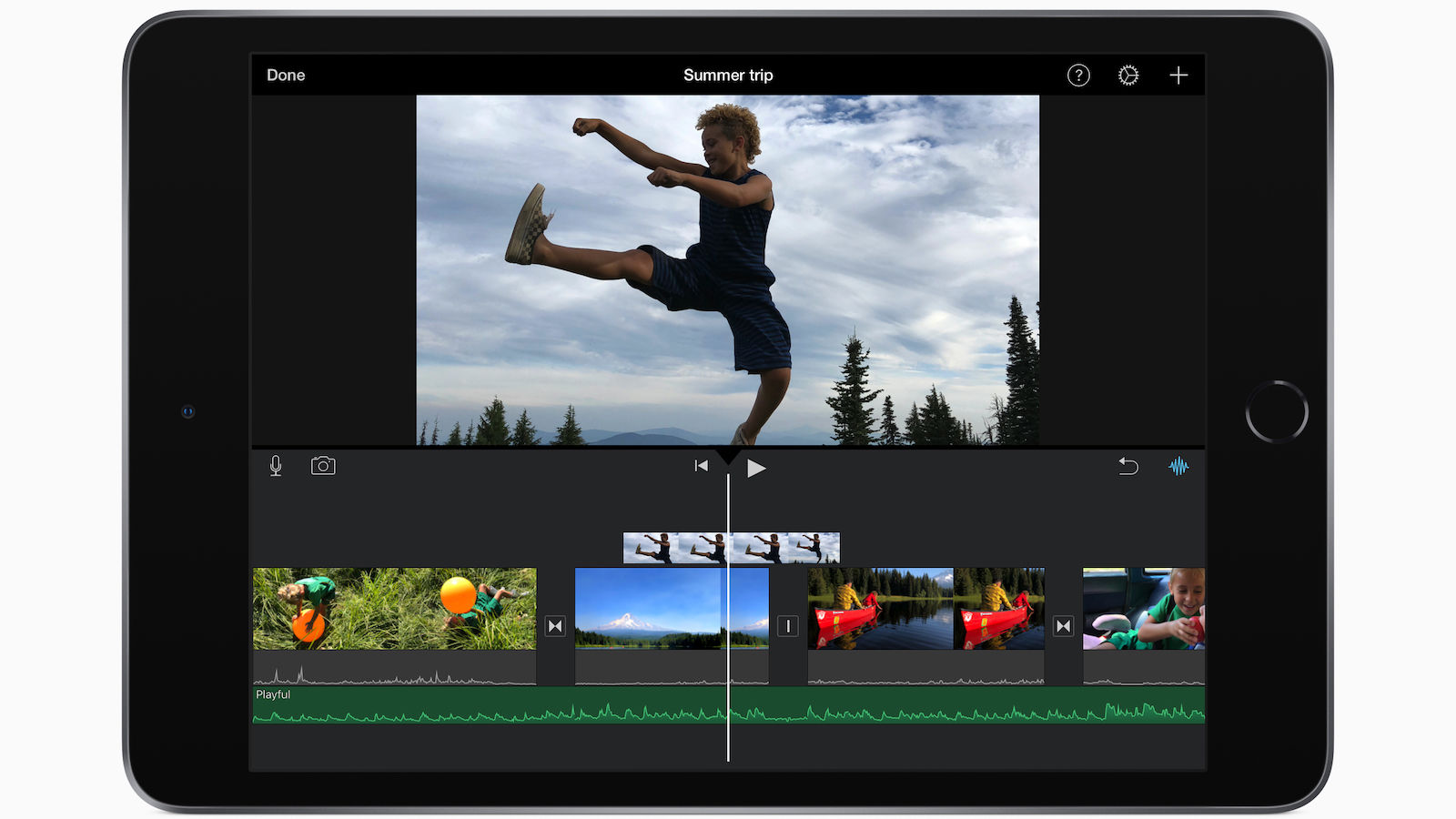 The older iPad mini has a 8MP camera on the back with a ƒ/2.4 aperture. This hasn’t changed on the 2019 device. However, the FaceTime camera is improved. Where previously the FaceTime HD camera was just 1.2MP, with ƒ/2.2 aperture and 720p HD video recording, now there’s a 7MP camera offering 1080p HD video recording. That means the only iPad not to offer a 7MP FaceTime camera is the 2018 iPad, which still features a 1.2MP camera on the front.

64GB is likely to be quite enough storage for the average person – and if you are upgrading from a 16GB model then you can expect your life to be transformed.

On-the-other-hand, if you have a 128GB iPad mini 4 you may be wondering if switching to a 64GB model would be a mistake. Probably it would be. While we feel that the availability of iCloud storage means that you might not need as much storage on your device these days, the 256GB option would probably be an essential update if your existing iPad has a greater capacity than 64GB.

There was a time when we feared that Apple wouldn’t update the iPad mini and that, the horror, the iPad mini would be discontinued. There were suggestions that because the screen size of iPhones was getting bigger there was less demand for the smaller sized iPad. But we didn’t buy it. In our experience the iPad mini has always been the perfect size. It’s similar to the size of a book, perfect for children, and far lighter than the other iPads.

At one time Apple might have planned to discontinue it but we’re glad the iPad mini lives on. The only slightly confusing thing about the iPad mini is the fact that it’s not the cheapest iPad you can buy, that’s the 2018 iPad which at £319/$329 it’s £80/$70 cheaper than the iPad mini. We think the iPad mini is worth the extra money though.

In terms of whether you should upgrade from an iPad mini 4 to a 2019 iPad mini 5 we’d say yes. Even if you only bought an iPad mini 4 a few months ago. It really is a much much better device thanks to the processor update, and the improved FaceTime camera. Sure, the entry level mode now has less storage 64GB rather than 128GB, but you can store so much of your content in iCloud that there really isn’t as much need for on-device storage now.