The new iPad Air 2019 seems a worthy successor to the faithful workhorse that was the iPad Air 2. Upgrades to the processors, storage options and accessory support, plus that larger display, all make it possibly the best balance of cost and performance in the current iPad lineup.  The king is dead. Long live the king.

Apple recently announced it was resurrecting the iPad Air with a brand-new model for 2019. We see how this compares to its predecessor, the iPad Air 2, that made its debut way back in 2014.

For a full breakdown of the new model, read our iPad Air 2019 review.

The new iPad Air 2019 was revealed to the world on 18 March, with customers able to order the device directly from Apple or through other popular retailers such as Amazon, Best Buy and Currys/PCWorld.

It comes in two storage capacities, either of which is available with Wi-Fi or Wi-Fi and cellular connectivity. The prices for these are as follows.

Since the iPad Air 2 was discontinued in March 2017, and replaced with the plainly named iPad (2017) you can’t easily find them, especially if you want a new one. They do sometimes appear in the Refurbished section of the Apple store, and if you’re happy with a second-hand unit then places like SmartFoneStore are a good source.

When the iPad Air 2 came out in 2014 it was an almost perfect combination of design and power. The lightweight frame shaved a few millimetres off the depth of the original iPad Air, making it the slimmest iPad at the time at 6.1mm (the same as the iPad mini 2019 announced this week).

Touch ID was added to the Home button, and the slimmer frame meant that the 9.7in display was laminated, removing the slight air gap that had appeared on previous models. Generally, the iPad Air 2 was heralded as a true refinement of the tablet genre at that time. 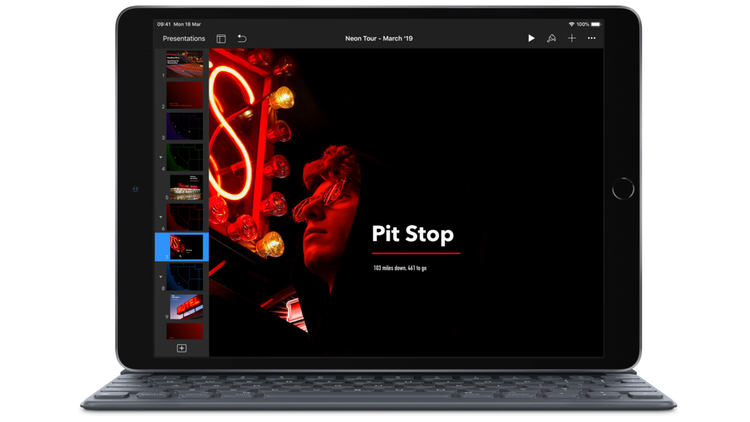 Skip forward five years and the new iPad Air 2019 is equally as slim, albeit taller, wider, and with a few more added grams. This could be down to the larger display, 10.5in as opposed to the 9.7in on the Air 2, and the heft of powerful component that makes up its innards.

Touch ID remains on the front panel, no notches or Face ID here, but the camera on the front has stepped up a bit in the intervening half decade. Aside from some thinner bezels though, the successor doesn’t have too many outward differences to its older sibling.

It’s not surprising that the 2019 model has considerably better technology inside than the old Air 2, but what are the main improvements?

As we’ve already mentioned, the Air 2019 has a larger 10.5in display, but that’s not all. It also comes with Apple’s True Tone technology that monitors the ambient light in an environment and adjusts the colour temperature of the screen to make things easier on the eyes. It also supports (P3) wide colour display ranges and is nearly 20% brighter than the Air 2. 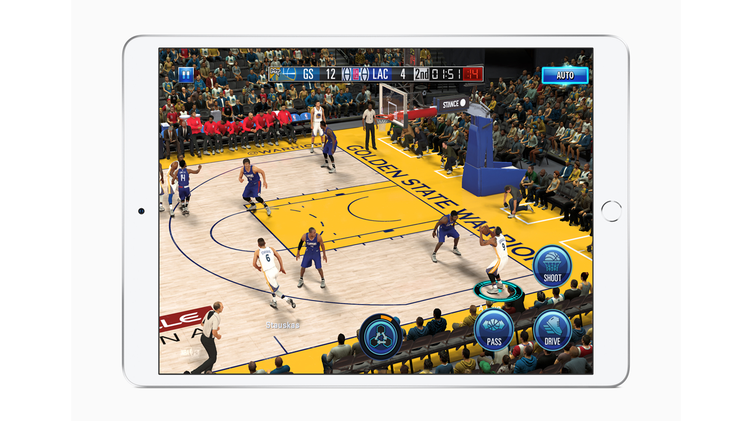 The A8X chip that Apple placed in the Air 2 was a powerhouse in its day. In fact, we’ve heard many Air 2 owners tell us that they felt little need to upgrade their device as it kept on zipping along even years after the initial purchase.

That might well change now, as the A12 Bionic processor in the Air 2019 is once again something of a titan. It’s the same chip used in the current iPhone flagships and should ensure that the new model shares the longevity that honours its heritage.

To be fair, when the Air 2 came out there wasn’t an Apple Pencil or Smart Keyboard to worry about. Now, both are an increasingly important part of Apple’s vision for the iPad as a do-it-all device. 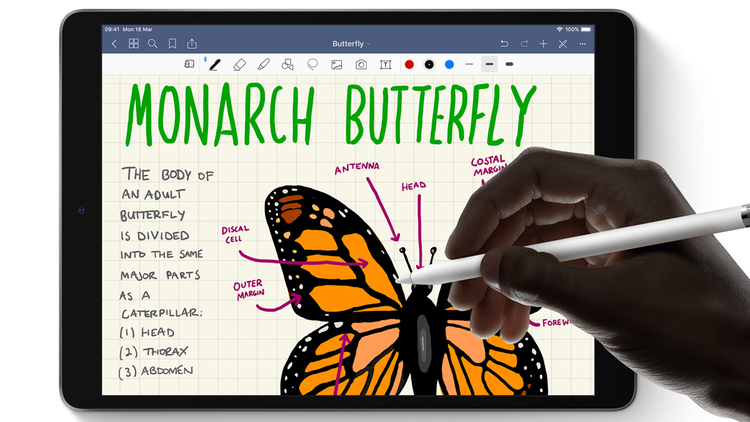 It’s no surprise then that the Air 2019 can accommodate both, which does make the new model more versatile. It should be noted that the support is only for the first-generation Apple Pencil, and all of these accessories come with hefty price tags.

It’s interesting then that the Air 2019 features the same specs for the rear optics, with the only apparent upgrade being a switch to a 7Mp f/2.2 FaceTime camera that captures 1080p @ 30fps. Unless you shoot a lot of selfie videos or want the highest quality videocalls, the iPad Air 2 is actually on par with the 2019 version.

Here’s a breakdown of the main specifications for both devices;

iOS 12 is available for both devices, which does illustrate how the Air 2 has passed the test of time. While the Air 2019 avails itself of most features, minus the ones such as Emojis that requires the Face ID cameras, the Air 2 can also cope with many of the delights of Apple’s latest operating system.

Of course, performance won’t be up to the speed of the Air 2019, but it should still tick along nicely, especially as iOS 12 was partly intended to enhance the experience on older devices. Read our iOS 12 review for more details. What’s unclear is whether the upcoming iOS 13 will be made available to the older device. Some rumours have already begun doing the rounds that Apple might be more ruthless this time around, so keep an eye on our iOS 13 release date and rumours roundup to see the latest news.

The iPad Air 2 was a hugely impressive beast when it first arrived, but time stands still for no hardware and while it can deliver acceptable performance these days the older device can’t really hold a candle to the iPad Air 2019.

The upgrade in processors, storage options, accessory support, and the larger True Tone display all make the Air 2019 a premium package without the Pro price.

If you can pick up an Air 2 cheaply, then it will still be an excellent e-reader, video streamer, and general web browsing tool, but with the Air 2019 freshly out of the lab it’s the easy choice to make if you can meet the cost.