The iPad 9.7in (2018) is the best choice if price is your overwhelming priority. But if you can afford it, you should plump for the Air, which does a lot of things right to justify its higher price. It has a bigger (and nicer-feeling) screen despite being thinner and lighter, is faster, and comes with a much better front camera. And you get faster, longer-range Bluetooth and twice as much storage at each price tier.

We’re through the looking glass, people: since its March 2019 iPad update, Apple’s tablet range now has no weak links. As we outline in our  iPad buying guide, all five of the currently available iPads are the right choice for somebody.

But (unless you’re really rich) you can only choose one, and if you’re looking for a mid-size iPad that won’t break the bank, the obvious choices are the iPad Air that’s just launched, and the 9.7in iPad from 2018. In this article we compare the two devices for design, specs, features and price to help you make up your mind.

Both iPads are available from a range of resellers (such as John Lewis, Amazon, Currys/PC World and more) as well as from Apple itself. Check our roundup of the best iPad deals for the latest bargains.

There isn’t a drastic difference between the designs of these two tablets: there are no change as radical as the loss of the Home button on the 2018 iPad Pros. The 2019 Air is more of a tweak than a revolution, but it’s still a noticeably better design.

For a start the iPad Air has a 10.5in screen, compared to the older device’s 9.7in. That isn’t a huge difference, but it’s a more efficient-feeling design. The bezels around the screen are slimmer so you’re getting more usable area for the device’s size.

That screen itself is also nicer to use, because the Air has a laminated screen; the iPad 9.7in’s display is unlaminated, which means it has a tiny air gap underneath and consequently flexes inwards a tiny amount when you press down.

If you’ve never used a laminated screen, then the iPad 9.7in will feel fine. But to experienced hands, the unlaminated screen just feels a bit cheap – a bit plasticky.

The iPad Air is a little longer and wider than the 9.7in, but not by much; and it’s both lighter and noticeably thinner than its older cousin.

Colour-wise, both iPads are available in a choice of three finishes: silver, gold or Space Grey. 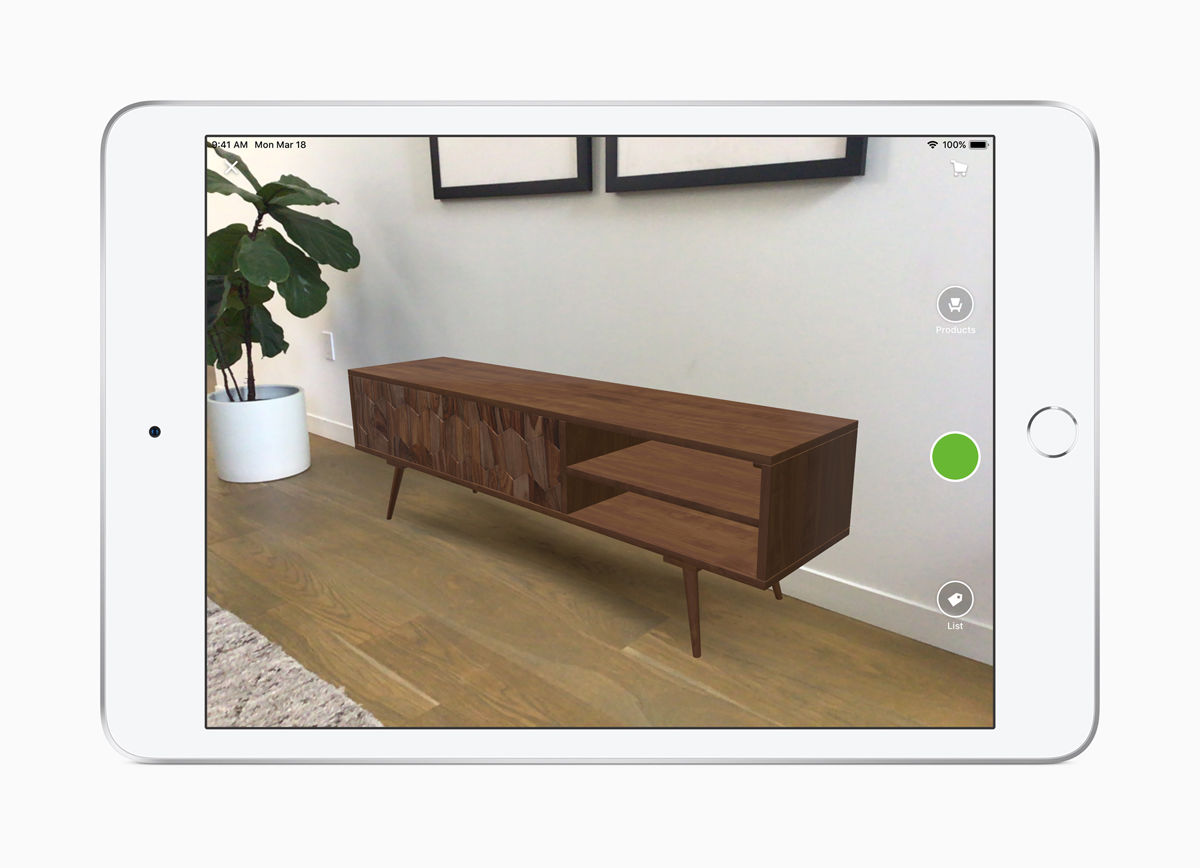 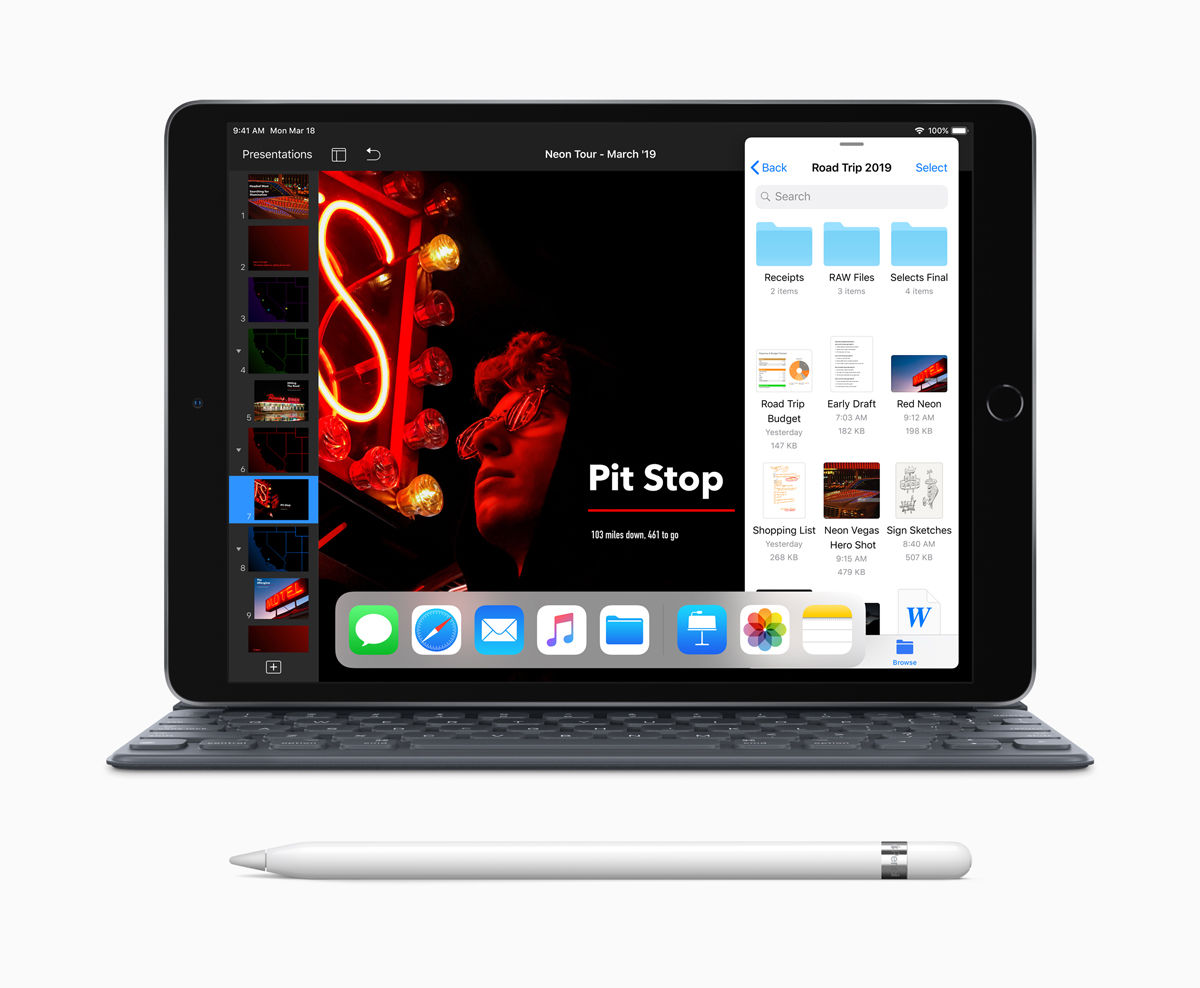 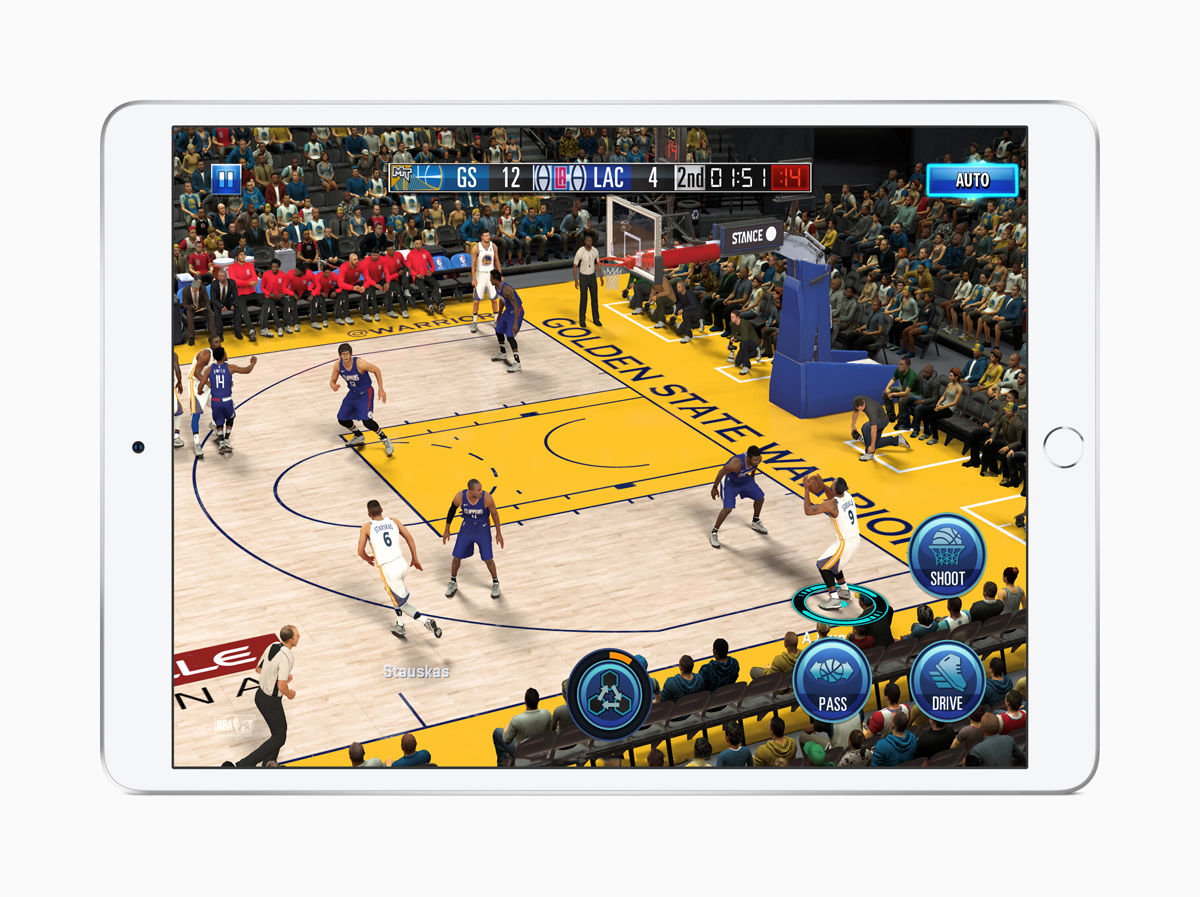 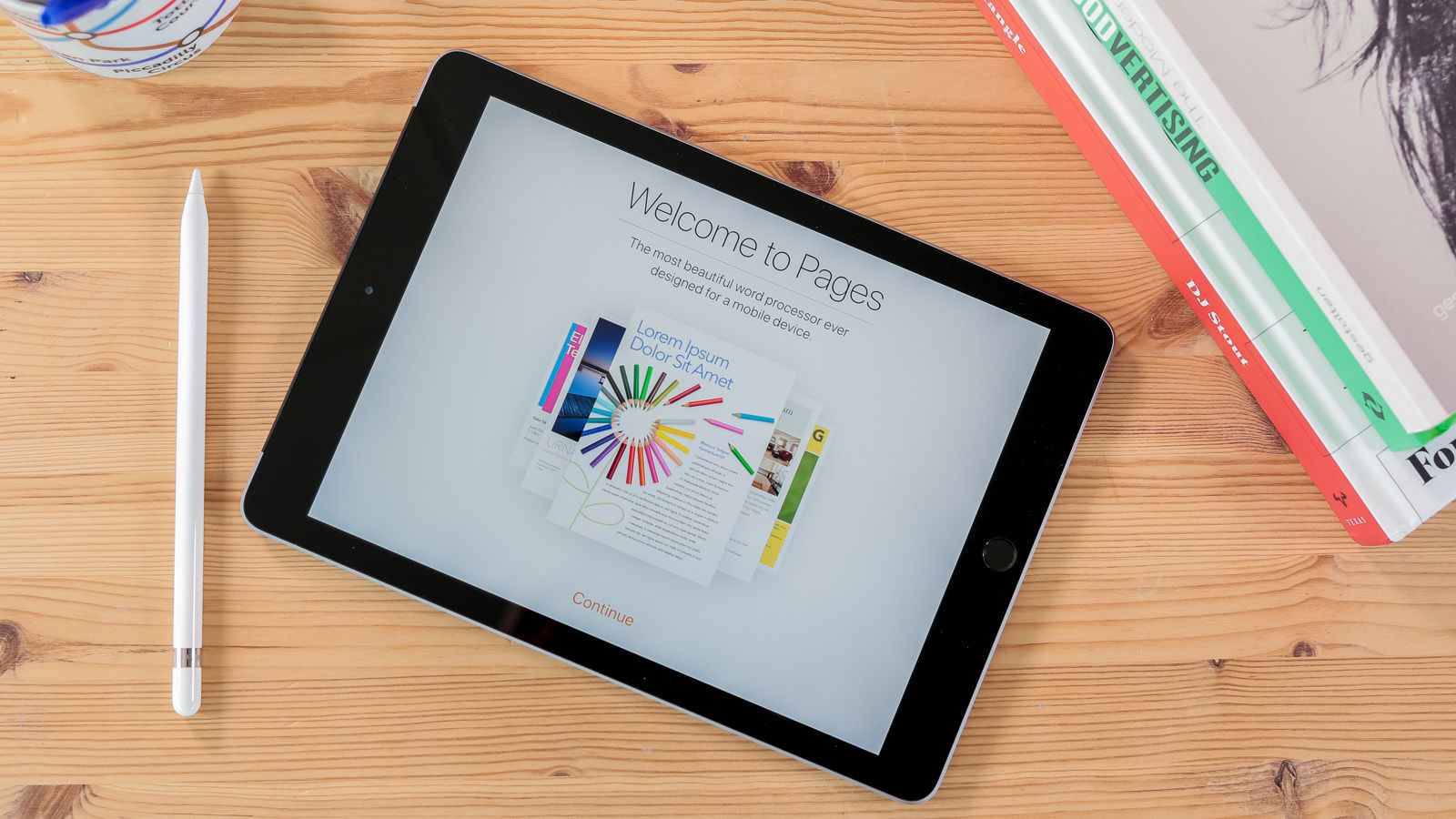 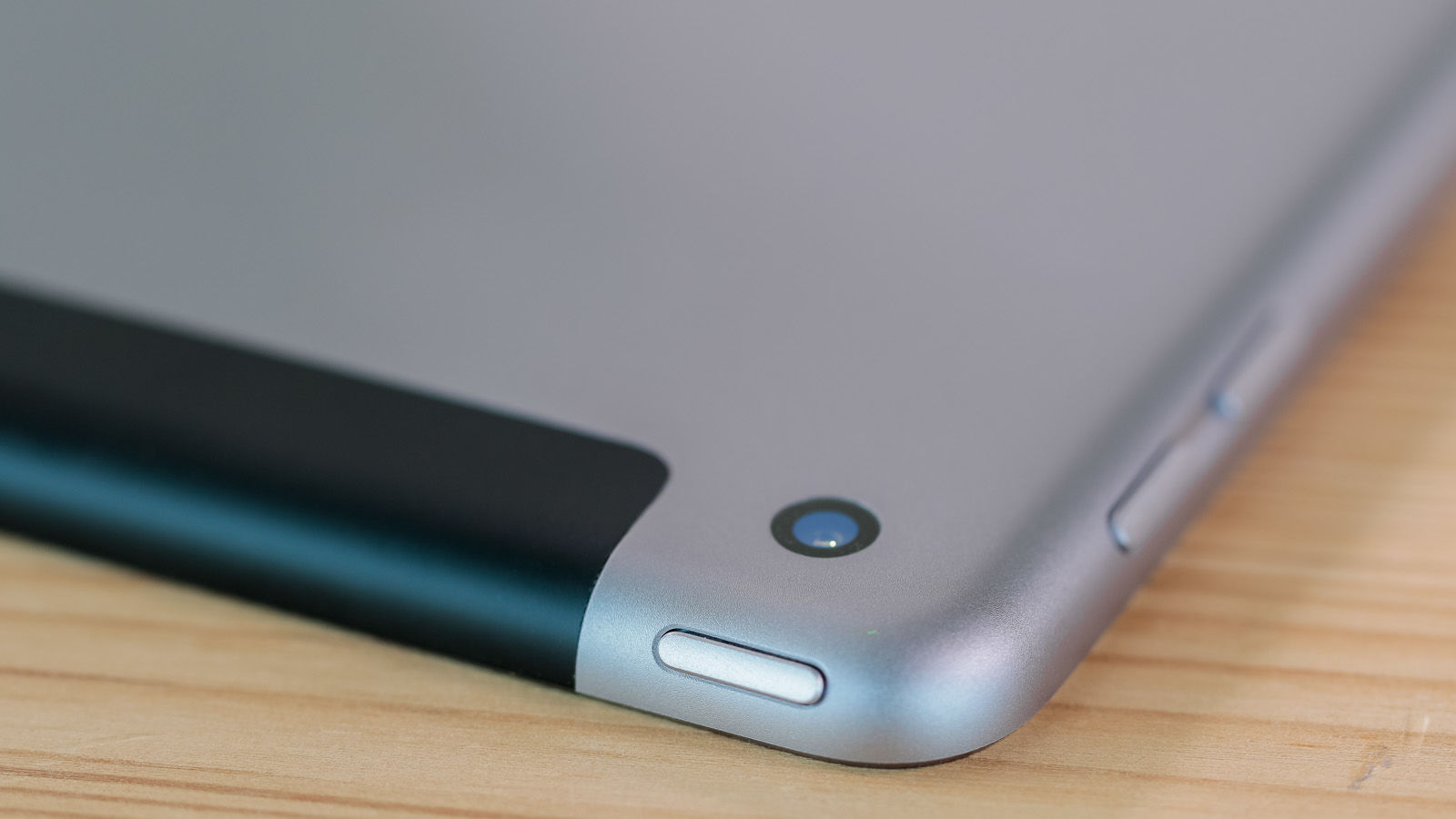 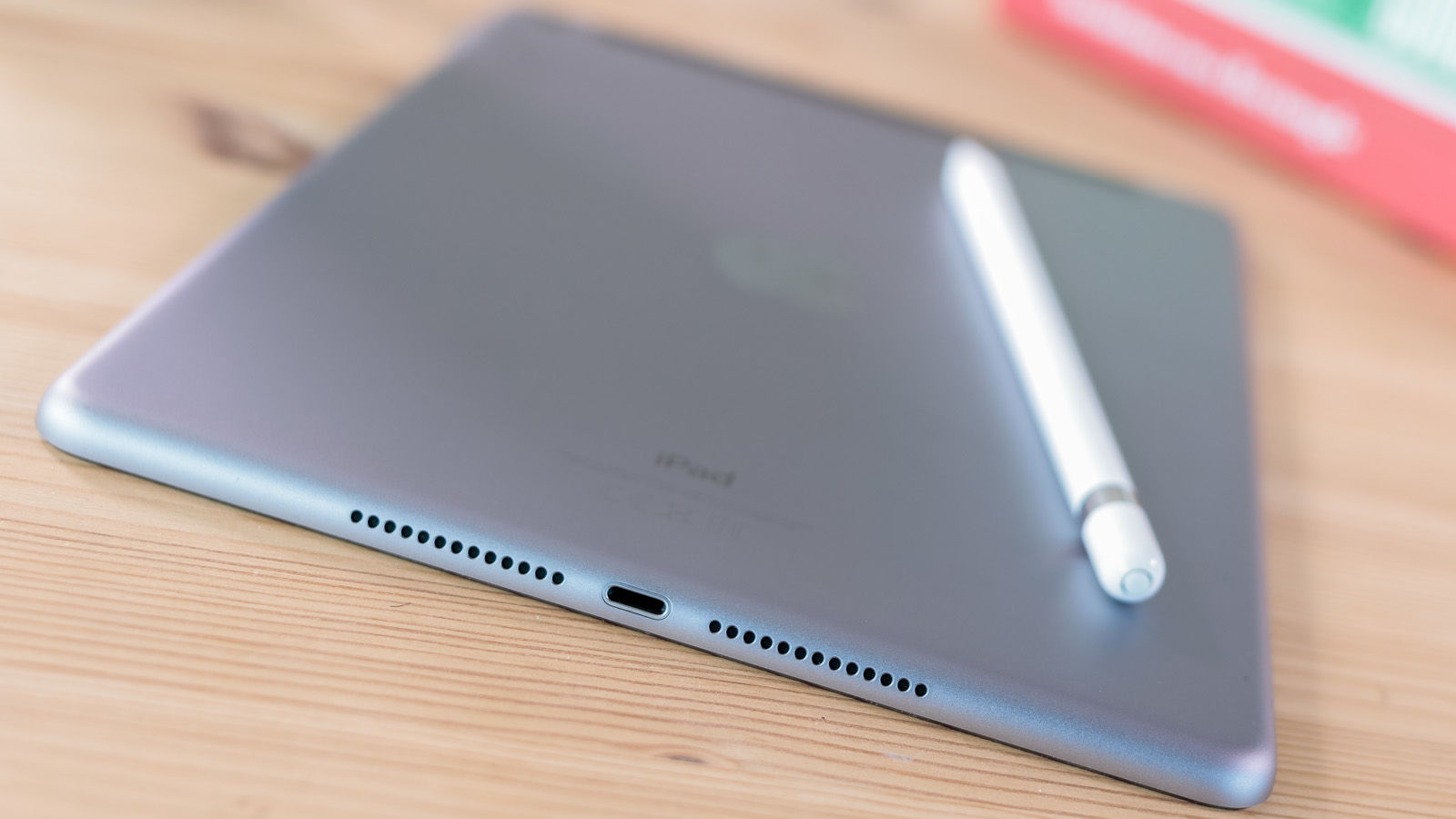 Apple says going from the 9.7in to the new Air will bring a 70 percent improvement in general processing speed and a doubling of graphics capacity. We would submit that you’ll probably notice this difference only when running processor-intensive apps, because the A10 is still capable of running most tasks with aplomb; but in the years to come that chip will start to fall behind as new software is written with newer processors in mind.

The amount of storage you get depends on how much you’re prepared to pay – but the Air has twice as much storage at each pricing tier. It offers 64GB or 256GB, whereas the iPad 9.7in comes with either 32GB or 128GB.

Because of Apple’s policy of leaving an obvious gap between storage tiers, buyers of the 9.7in iPad may find themselves obliged to get more than they need. We’d say that 64GB is a sweet spot for lots of buyers, although you’ll need to consider your habits and needs: see How much storage do you need on an iPad? for detailed advice.

We’ve already mentioned that the iPad Air’s screen is bigger than that of the 9.7in, and laminated. But that’s not all of its improvements.

The Air’s screen features Apple’s True Tone technology, which adjusts output to suit ambient lighting conditions. (You can read about this in our article True Tone vs Night Shift.) The 9.7in does not have True Tone in its screen – nor does it have the Air’s antireflective coating.

The rear-facing cameras are essentially the same – both are 8Mp, f/2.4 and 1080p video, with Live Photos but no flash – although the power of the Air’s Neural Engine chip is likely to produce better shots in difficult lighting conditions. We will test this out once we’ve got review samples.

The front-facing cameras, the ones you’ll use for FaceTime and selfies, are a different matter. The Air’s front camera offers far more detail at 7Mp (and 1080p video) to the 9.7in iPad’s 1.2Mp and 720p.

The iPad Air is considerably better equipped across a variety of connectivity options. It offers Bluetooth 5 (the 9.7in has only Bluetooth 4.2), and supports eSIM and gigabit LTE, neither of which are supported by the 2018 iPad.

The iPad Air has a Smart Connector, which means it can connect directly to Apple’s Smart Keyboard. The iPad 9.7in hasn’t got this connector, but it can still be used with a variety of Bluetooth keyboards.

Another area where we thought there might be an upgrade but there isn’t. Both iPads have Touch ID fingerprint scanners in their Home buttons; neither support Face ID.

Both tablets run on iOS, Apple’s own mobile operating system, and if you buy now both will come with the latest version (iOS 12.1.4 at time of writing). iOS 12 is a slick and stable OS with a wide range of features, although those used to Android will find it harder to customise the experience than they are used to.

Note that while the Air and the 9.7in get the same version of iOS right now, the Air is a year newer and has more powerful components. This means it’s likely to continue receiving free updates to iOS for around a year longer than the 9.7in.

The iPad 9.7in (2018) has spent a year as our recommended pick, and hasn’t become a bad tablet overnight: it’s still the best choice of iPad if price is your overwhelming priority and/or you can’t manage with the 7.9in screen of an iPad mini.

However, while it costs £160 more for the entry-level model, the new iPad Air does a lot of things right to justify that higher price.

It has a slightly bigger screen despite being thinner and lighter, and that screen will look and feel nicer; it should be a good deal faster and is undoubtedly better future-proofed. The front camera is a lot better, and you get faster, longer-range Bluetooth, twice as much storage at the base level and the option of a Smart Keyboard.

If you can afford it, plump for the Air. But if you can compromise on screen size the iPad mini (2019) may be a better option still, because that has all the other features of the Air for less money.