There are so few differences between the 2019 iPad Mini and the iPad Air that you might think the choice boils down to whether you want a small iPad or not. But there are a few other factors to consider.

In March 2019 Apple updated two of its iPad models. Neither saw a significant redesign on the outside – the Home button lives another day – but both saw a big leap in the internal specs. The big surprise was that the updated iPads were the iPad mini, last updated in 2015, and the iPad Air, which was last updated in 2014 before being discontinued in 2016.

With the resuscitation of the Mac mini and MacBook Air at the end of 2018 and now the revival of these two iPads, Apple seems to addressing the mass market – customers who want the latest specs and features without paying a fortune for pro-focused machines. These were always popular iPad models so in many ways it was a surprise that Apple neglected them for so long (the iPad Air was less neglected as replaced by the iPad, but the slim form-factor was always an attractive option).

In this article we’ll answer the big question: of these two popular and perfect iPads, which one is best? It’s not easy to answer as they are similar in so many ways as you will see from our comparison below.

Having hinted at how similar they are, we’ll start off with the obvious difference: price.

In terms of what you get if you spend £80/$100 more to get the Air, the only difference is really the size of the device and its display, as you will see if you read on.

Both the iPad Air and iPad mini are available to buy now from Apple. They are also available from a range of resellers (such as John Lewis, Amazon, Currys/PC World and more). Check our roundup of the best iPad deals for the latest bargains.

More general advice can be found in our iPad buying guide. 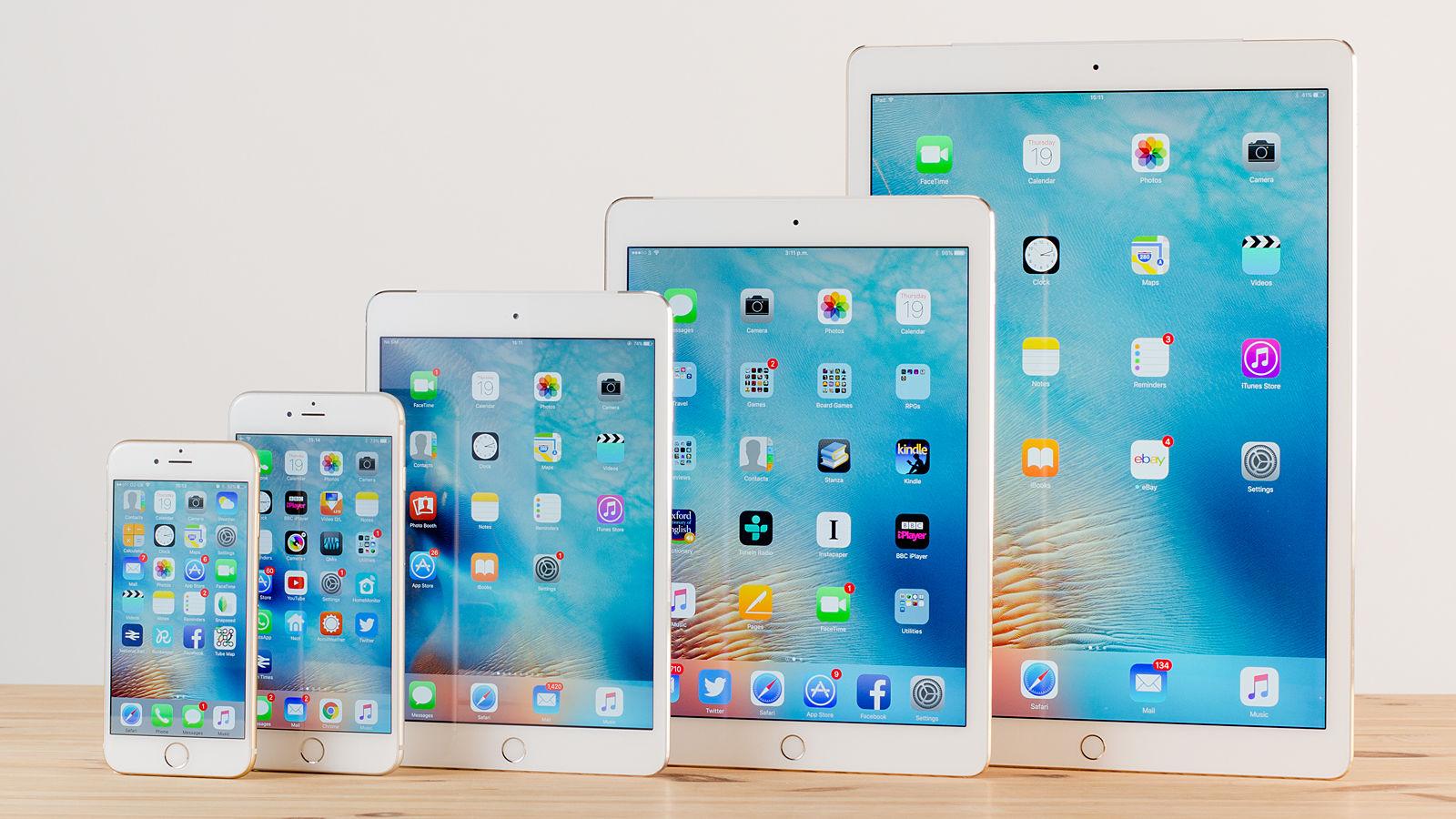 There is nothing revolutionary here. Both the new iPad mini and the iPad Air still have the Home button and the display is not as all-encompassing as the 2018 iPad Pro, which saw its display stretched thanks to smaller bezels and the removal of the Home button in favour of Face ID.

However, if you were to compare the iPad Air from 2014 with the new model, the newer model is slightly larger, heavier, and has a bigger screen than before. Here’s how those models compare:

If you liked the size of the older iPad Air you may be disappointed that the newer model is larger – or you may prefer that it is a bit bigger as that also means that the screen is larger. The new iPad Air is also slightly longer than the 11in iPad Pro, although narrower, and despite being called Air, at 6.1mm thick, it’s not thinner than the Pro which is 5.9mm thick. It’s also very slightly longer and wider than the older 2018 iPad.

What we have there is three models fo iPad that are very similar in terms of size. But we are comparing the 2019 iPad Air and the iPad mini here and the difference is much more pronounced.

The iPad mini dimensions are as follows:

The iPad mini’s dimensions are the same as the previous model, although it is very slightly heavier (it was 298.8g/304g). In fact, the new 2019 iPad mini is pretty much identical to the older model. In fact the design of the iPad mini has hardly changed since it was launched in 2012.

The iPad mini is the only choice you have if you want a small iPad. For us it’s the size of the iPad mini that is its biggest appeal. In fact, we think that it is the perfect size: similar to the size of a book, perfect for children, and far lighter than the other iPads.

If you want something even smaller, Apple sells these popular devices called the iPhone that you might have heard of.

Whether the iPad mini is too small for you depends on what you are going to be doing with it. If you use your iPad for reading, as a screen on which to watch your shows, or to do a bit of work when you are commuting, then it might be ideal for you. We know that the smaller size is often considered ideal for young children who’s small hands make anything else overkill.

But if you want to use the iPad for work you might prefer the bigger iPad Air that can be attached to a keyboard via the smart keyboard connector giving you a laptop-like experience. Although we think that if it’s a laptop-like experience you are after, for now at least, you are better off with a laptop. Plus, if you want to use a keyboard with the iPad mini you can just sync with any Bluetooth keyboard.

As we said above, the dimensions of the two iPads being compared here I probably the most notable difference. The second distinction is closely related to the size of the devices: the screen.

But aside from the size of the screen there is really little difference between the iPad mini and iPad Air. Both models have pretty much identical specs as you will see from our overview below.

Both the iPad mini and iPad Air have a laminated screen (unlike the 9.7in iPad which has a flimsy-feeling unlamented display). The laminated display gives the devices a more sturdy feel.

Both iPads also offer True Tone technology that monitors the ambient light in an environment and adjusts the colour temperature of the screen to make things easier on the eyes. Both also support (P3) wide colour display. (You can find out about True Tone in our article True Tone vs Night Shift.)

The only real difference in terms of screen quality is the fact that the iPad mini offers 326ppi where the iPad Air offers 264ppi. That’s the highest density of pixels on any iPad, so if you want a higher pixel density then the iPad mini is the one to go with – except that there are actually more pixels on the iPad Air thanks to the bigger screen. So you win some, you lose some.

While we haven’t been able to run our benchmarking tests on the new iPad mini or iPad Air yet, but can get an idea of how much good you can expect it to be by looking at the iPhone XS and those other 2018 iPhones.

Both the new iPad Air and the new iPad mini have the same cameras, front and rear. There’s an 8Mp camera on the back, with f/2.4 and it’s capable of doing 1080p video, with Live Photos.

There’s now a 7Mp camera on the front for FaceTime and selfies, which is an improvement on the previous generations, and also better than the standard iPad’s front-front-facing camera. 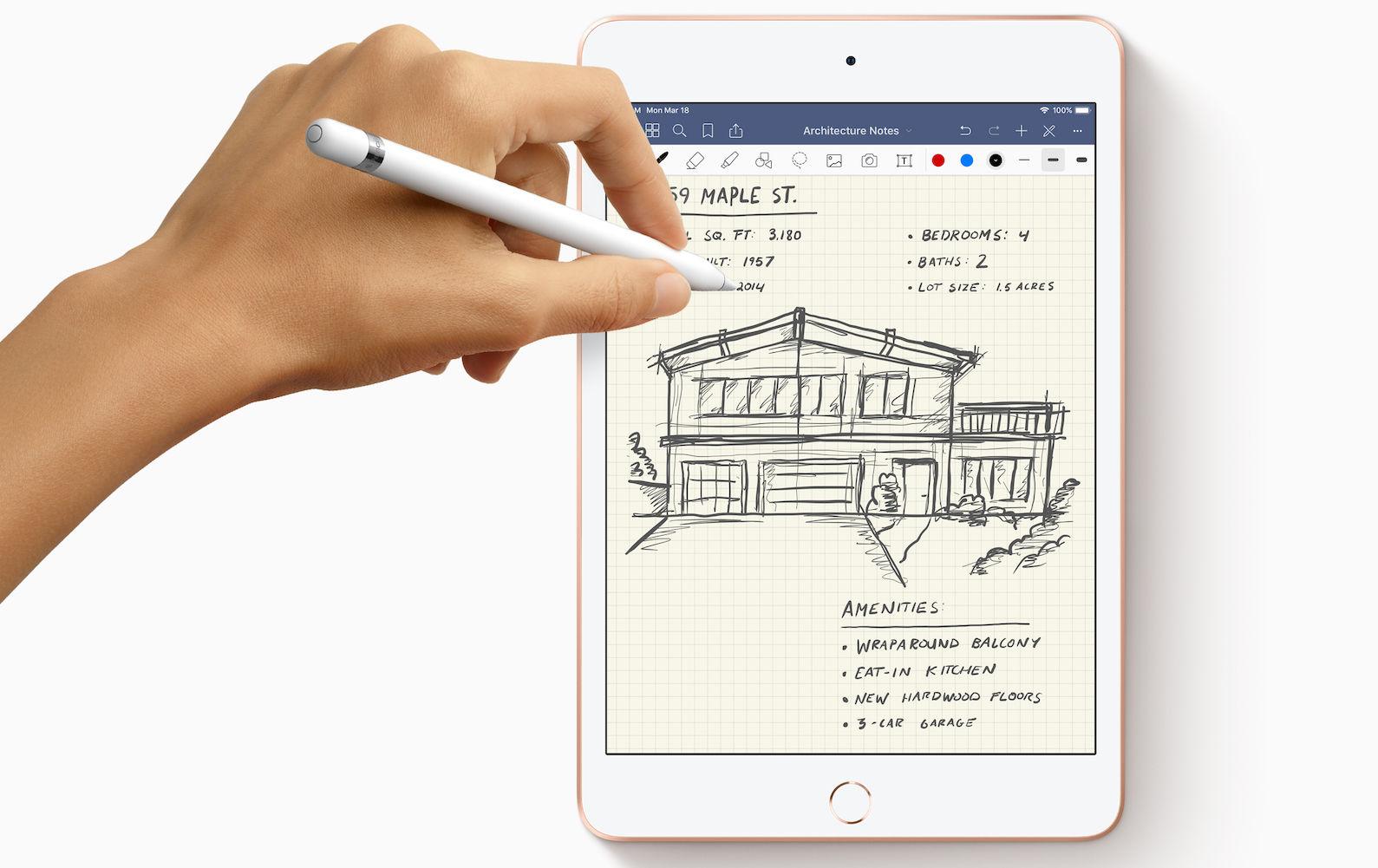 Apple doesn’t broadcast how much RAM is inside it’s products – as far as Apple is concerned, you shouldn’t need a ton of RAM if the software is good. However, we know that more RAM can mean things run a bit smoother.

Again, there is no difference here. Both the iPad Air and the iPad mini come with either 64GB or 256GB of storage.

Normally moving the price difference between the storage options is £150/$150.

But could 64GB be enough storage for you? If you are upgrading from a 16GB model then you can expect your life to be transformed. If you have a 128GB iPad mini 4 you may be wondering if switching down to a 64GB model would be a mistake. Probably it would be. While we feel that the availability of iCloud storage means that you might not need as much storage on your device these days, the 256GB option would probably be an essential update if your existing iPad has a greater capacity than 64GB.

Read How much storage do you need on an iPad? for more detailed advice.

In terms of ports and connectivity options there is a difference here. The iPad Air has a Smart Connector, which means it can connect directly to Apple’s Smart Keyboard. If you want to be able to set your iPad up with a Smart Keyboard – like the image below – then the iPad Air is the one for you.

However, you can still use any Bluetooth keyboard with either the iPad Air or iPad Mini. And we have to say, we prefer the experience of using a standard keyboard with a tablet. We’d say try it out before you buy one.

Both devices feature Bluetooth 5, supports eSIM and gigabit LTE. They both have a headphone jack and the usual Lightning port.

Both devices also support the first-gen Apple Pencil. Note that they won’t be compatible with the second generation Pencil, if you happen to already own one. 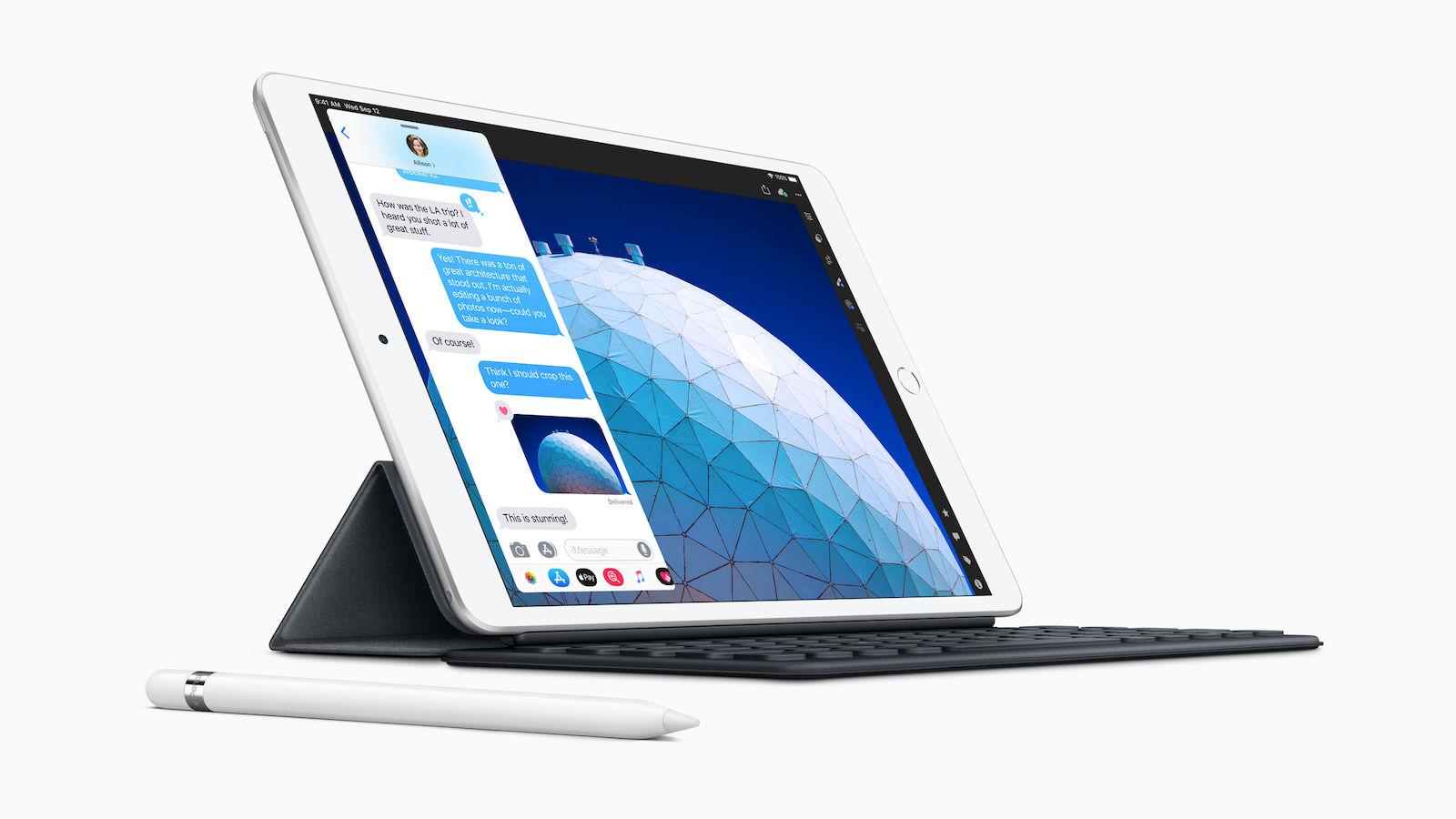 We’ll hold off our final conclusion on this until we’ve been able to run our own battery tests.

One interesting thing to note is that the older iPad Air model used to have a 8,600mAh battery but it’s now smaller, at 7,340mAh. We’re not sure what the size of the battery in the iPad mini is, but the previous generation had a 5,124mAh battery, so we’d still expect it to be smaller than the one in the Air. A smaller battery is likely to produce less charge. We’ll run those tests!

There are very few differences between the 2019 iPad Mini and the iPad Air. The iPad mini simply has all the features of the Air for less money, the only ‘disadvantage’ being that it’s smaller. But for many being smaller is the iPad mini’s advantage.

The only reasons to buy the iPad Air are if you need a bigger screen, (potentially) better battery-life, and a port for connecting a smart keyboard.

The reasons to buy the iPad mini are if you want a smaller and lighter tablet and more storage for your money. And the pixels are slightly more dense.

In our experience the iPad mini has always been the perfect size. It’s similar to the size of a book, perfect for children, and far lighter than the other iPads. Really it’s very much a matter of personal preference. You either want a small iPad or you don’t.

The only slightly confusing thing about the iPad mini is the fact that it’s not the cheapest iPad you can buy, that’s the 2018 iPad which at £319/$329 it’s £80/$70 cheaper than the iPad mini. We think the iPad mini is well worth the extra money though.