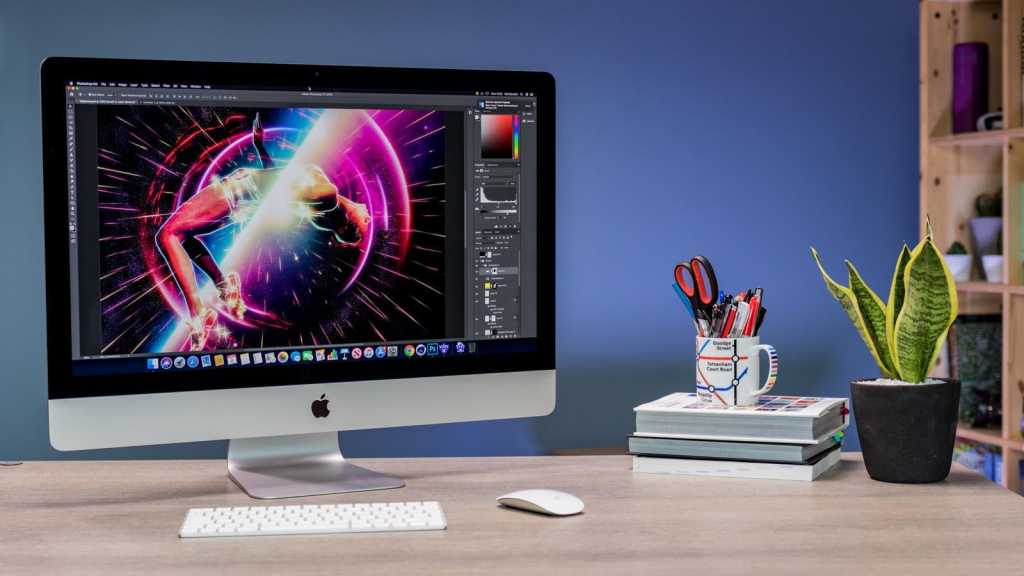 It’s clear to see that although the iMac might not look any different for 2019, there are some sizable performance gains to be had. With the same pricing structure, getting a new model is pretty much a no-brainer.

There are new iMacs for 2019 but what’s changed since the last generation and should you upgrade? We explain everything you need to know when it comes to the differences between the 2017 and 2019 iMacs.

Apple left the iMac range for almost two years before refreshing its all-in-one desktop so there must be some big changes right? Well yes and no.

In old-school Apple fashion, the new iMacs have arrived with no price increase so if you were about to order the older one but held off then you’re in luck.

It’s worth noting that not all the 2017 models have been discontinued. So the cheapest iMac at £1,049/$1,099 might be tempting but it has dated specs and you should avoid getting it. If you want a different 2017 model, then you’ll need to look in Apple’s refurbished store.

Here’s a quick run down of the current models on available from Apple:

Read our review of the 27in iMac here

There’s very little to say here because the iMac hasn’t had a design change at all this year. The desktop has had this slim design since 2012 so is overdue a physical update but that’s not the case just yet.

We’ll have to wait a bit longer for Apple to get rid of the big chin and perhaps make the screen height adjustable. 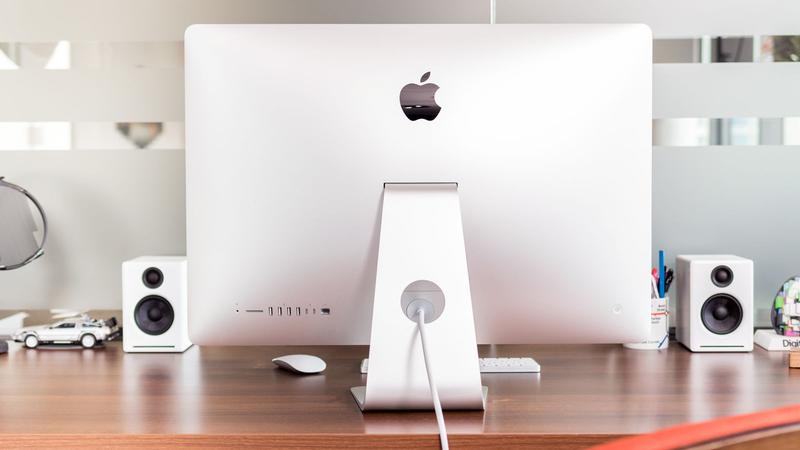 Before we explain what’s new, let’s clarify the things that have stayed the same since 2017. You get the same 4K or 5K Retina Display for the 21.5in and 27in models respectively (ignoring the 2017 model that’s still on sale).

You also get a FaceTime HD webcam, stereo speakers and the same set of ports. They include four USB-A ports, two Thunderbolt (USB-C) ports and Ethernet.

So the big news here is that there are new 8th and 9th-gen Intel processors ranging from a quad-core i3 all the way up to an octa-core i9. Most standard models have a six-core i5 of varying clock speeds.

There’s also a new range of AMD graphics cards with no less than seven different cards available across the range. So the 2019 iMac comes with at least at Radeon Pro 555X with 2GB of VRAM and goes all the way up to a (configurable) Radeon Pro Vega 48 with 8GB of VRAM.

Of course, the performance gain will depend what model you’re moving from and to. However, we’ve tested some 2019 models and saw some sizeable jumps. Check out the chart below to see the difference with newer models in blue.

Last but not least, here’s a specs table to give you an overview of the specs differences between the 2017 and 2019 iMacs.

You might be waiting for a design change, but for now you’ll have to be content with a jump in performance. Of which there is a decent jump on offer from the 2017 models.

If you’re 2017 iMac is feeling a little sluggish then an upgrade could be well worth it. If you’re deciding between the 2017 and 2019 models then we strongly advise avoiding the older model that’s still on sale.

If you don’t need the power of the new 2019 hardware, then a bargain may be found by grabbing a refurbished 2017 model.

Macworld's Reviews Editor, Chris has been reviewing all kinds of tech for nearly 10 years and specialises in audio. He also covers a range of topics including home entertainment, phones, laptops, tablets and more.