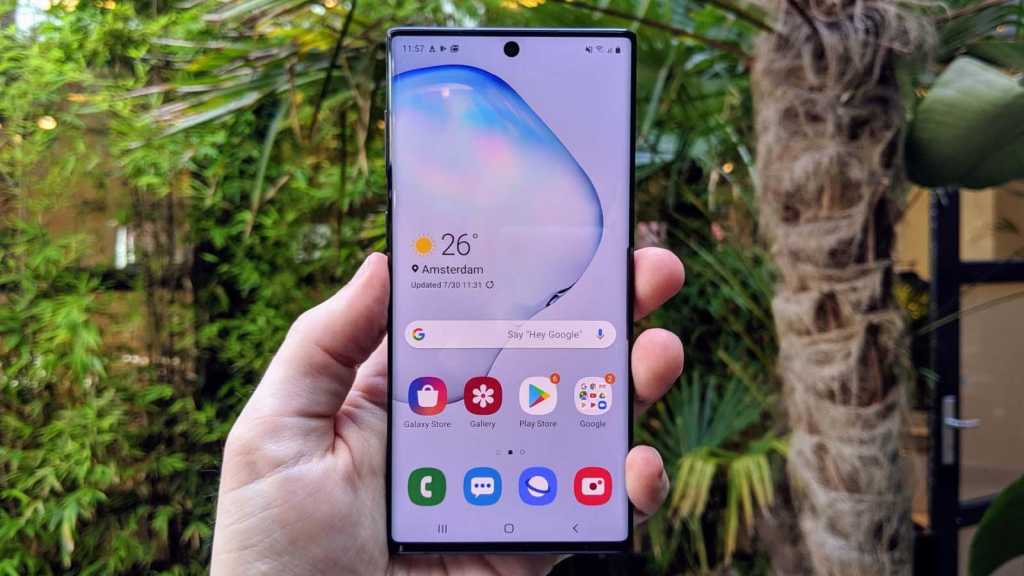 The iPhone XS Max is a great device that delivers impressive performance. If you’re looking for a powerful device with a large display, then it should certainly be near the top of your list. Samsung has the advantage of launching its Note 10 several months after the XS Max, and as such offers a more modern device with a compact design, three cameras, and S-Pen features. If you’re not locked to iOS then it is the better choice right now. We recommend holding off on either though, as September is near and the updated iPhone Max might well have a say in this conversation.

Samsung has updated its big-screen flagship with the release of the new Note 10. But how does it compare to Apple’s own powerhouse giant? We compare the Samsung Galaxy Note 10 with the iPhone XS Max.

For a deep look at the latter, read our iPhone XS Max review, then head over to our colleagues at Tech Advisor for their take on the Samsung Galaxy Note 10.

The Galaxy Note 10 was unveiled at Samsung’s Unpacked event on 7 August 2019, with an official release date of 23 August. There’s a solitary 256GB storage option, which this year doesn’t offer a microSD slot to increase the capacity, and costs £899/$949.

The phones are now  on sale now at Samsung. You can also get the phone from various places like  Amazon,  Carphone Warehouse,  EE,  Vodafone,  O2,  John Lewis and  Argos.

Samsung announced pre-orders of the Note 10 on its site starting 7 August 2019. It’s also available from a wide range of retailers, including Amazon,  John Lewis and most mobile carriers. For more information read our roundup of the best Samsung Galaxy Note 10 deals.

Apple’s iPhone XS Max made its debut in September 2018 and can be bought from Apple or pretty much any smartphone retailer. There are three variants available:

One thing worth remembering is that Apple usually updates the iPhone range every September, so if you want the best value for money then it might be worth hanging on until then to see what the new models bring in terms of features and price. Read our iPhone 11 (2019) rumour roundup to see what may be in store this autumn.

With the price points at which both of these phones reside, it’s no surprise that the components, aesthetics, fit and finish are all exemplary. The Note 10 boasts an incredible 94.7% screen-to-body ratio, due to the ultra-slim bezels surrounding the 6.3in display, interrupted only by the small ‘punch-hole’ camera aperture found in the central area at the top of the device. 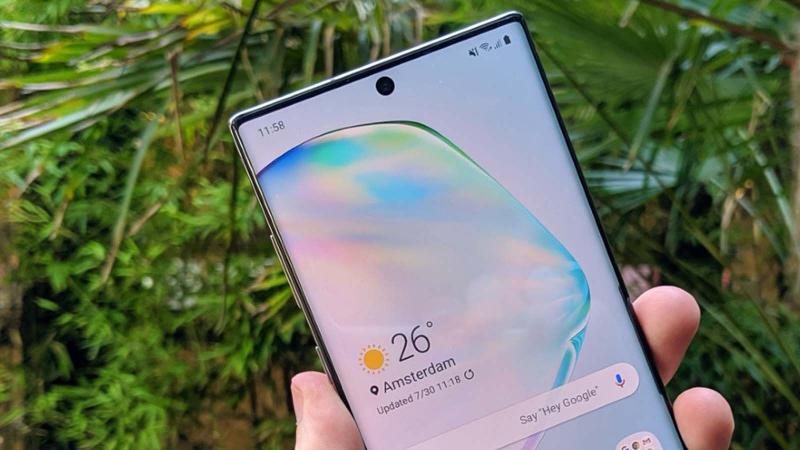 It’s shorter and narrower than the iPhone XS Max and only marginally fatter, presumably due to housing its famous S-Pen within the frame. The device is also quite a bit lighter, with the 168g body making Apple’s 208g seem practically obese in comparison.

In fact, the Note 10+, which boasts a huge 6.8in display, is only a little bigger than the XS Max and lighter too.

Both the Note 10 and XS Max feature metal frames that house glass backs for wireless charging. Apple uses stainless steel for the iPhone and Samsung trusts to aluminium.

Ports are minimal, with the Note 10 offering a USB-C opening for charging and data transfer, while the XS Max sticks with Apple’s Lightning port. Neither come with 3.5mm headphone jacks, but offset this somewhat with IP68 ratings for water and dust proofing. 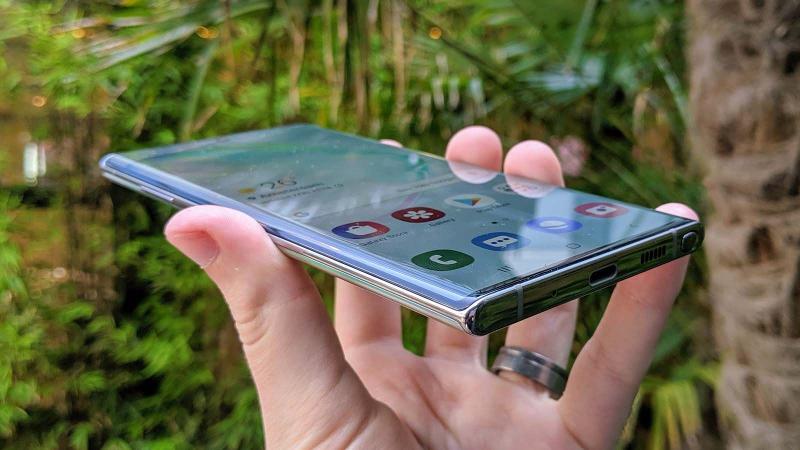 Display sizes are slightly different, with the 6.3in Dynamic AMOLED Infinity-O panel on the Samsung not quite reaching the 6.5in found on the OLED Super-Retina panel that adorns the XS Max. 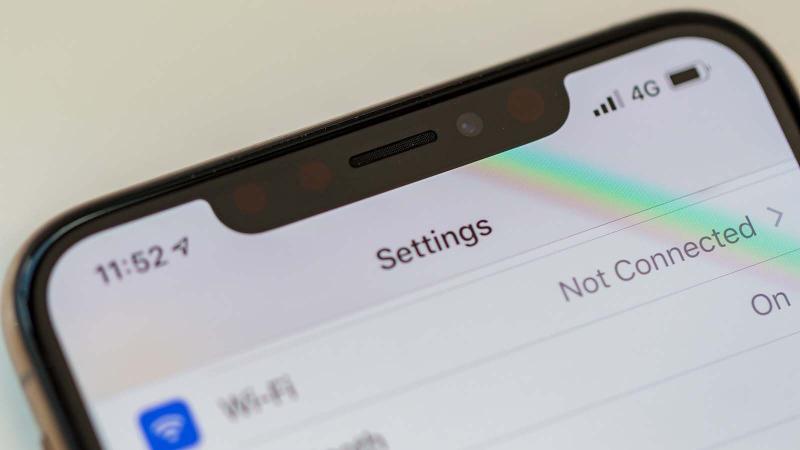 Some of this extra space is taken up by the now famous notch design that is home to the Face ID camera array on the iPhone, while Samsung has kept this to a minimum by including a fingerprint sensor on the rear. While you’re around the back you’ll see a three-camera compliment, which is ‘one louder’ than the dual optics found on the XS Max.

These are powerhouse devices and the processors offer some serious computational grunt. Apple fits its own A12 Bionic chip, which has proven itself to be incredibly fast, while Samsung goes for either the latest Qualcomm Snapdragon 855 (US) or again its own Exynos 9825 (UK). No matter which model you choose, there will be plenty of horsepower under the hood.

The Note 10 pairs its processor with 8GB of RAM, while Apple opts for 4GB. This might sound like a compromise for the XS Max, but Apple has proven itself to be hugely adept at memory management in iOS, so the difference between the two could prove to be minimal. Storage is 256GB on the Note 10, while the XS Max comes with either 64GB, 128GB or 512GB.

As the Note 10 was released several months after the XS Max, it benefits from newer tech that has emerged over that time. The most obvious is that the Note 10+ 5G supports 5G LTE, making it one of the first smartphones to do so. This incredibly fast mobile data protocol should be a standard feature in years to come, but for now it’s cutting-edge.

Finding 5G contracts might be hard for many users due to the scarcity of their availability, but if you want the most up-to-date technology then this variant of the Note 10+ is the clear leader here. 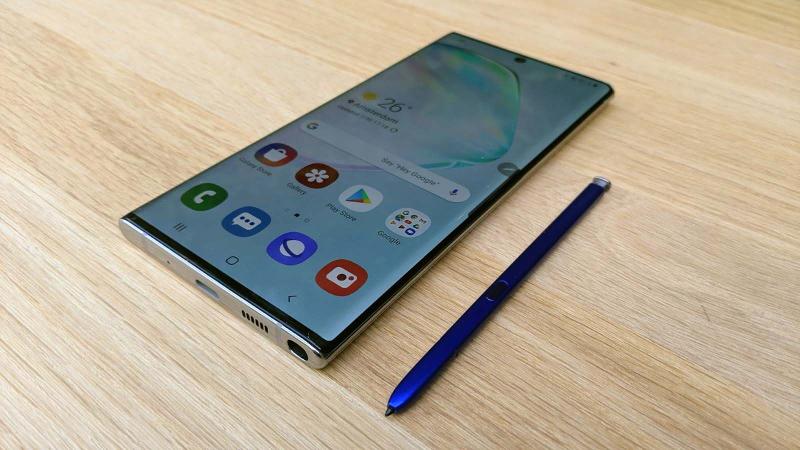 Another feature that will no doubt be a draw (no pun intended) to some is the S-Pen. This stylus is neatly stored inside the body of the Note 10, popping out easily when needed. With it you can navigate the interface, highlight and edit text or images in certain apps, or take quick notes on the lock screen.

With this year’s model there comes a new set of improved Air Actions, allowing users to control various aspects of the device just by moving the S-Pen in front of it. These include zooming in and out, media playback and general navigation. 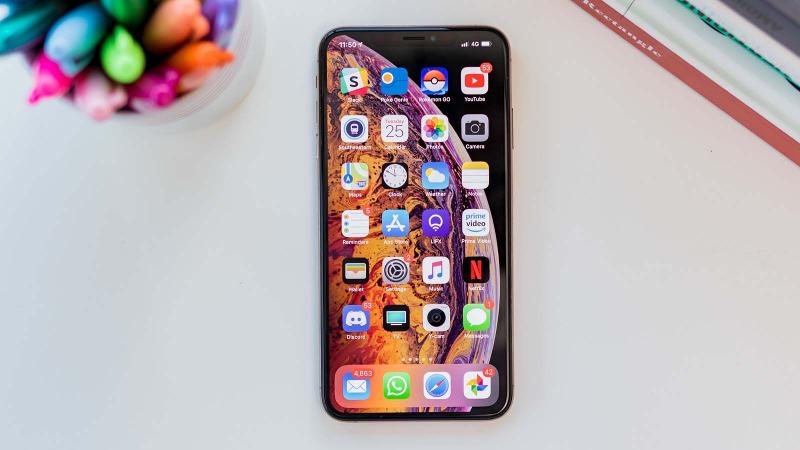 The iPhone XS Max doesn’t have anything like the S-Pen, and for some reason neither Apple Pencil officially works with the device. Rumours suggest the iPhone 11 may introduce the feature, but for now the Note 10 is the one to go for if you want this capability.

Cameras is another area where traditionally iPhone led the way, but the Note 10 has an ace up its sleeve in the form of an additional lens. The XS Max houses the excellent combination of 12Mp f/1.8 wide-angle and 12Mp f/2.4 telephoto lenses. 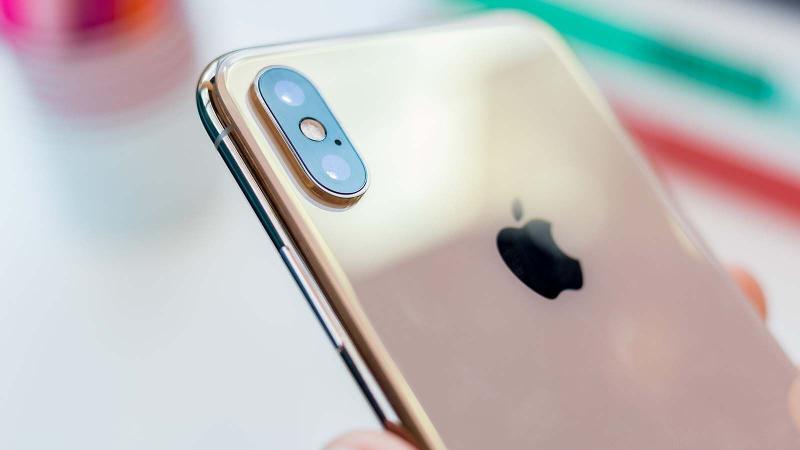 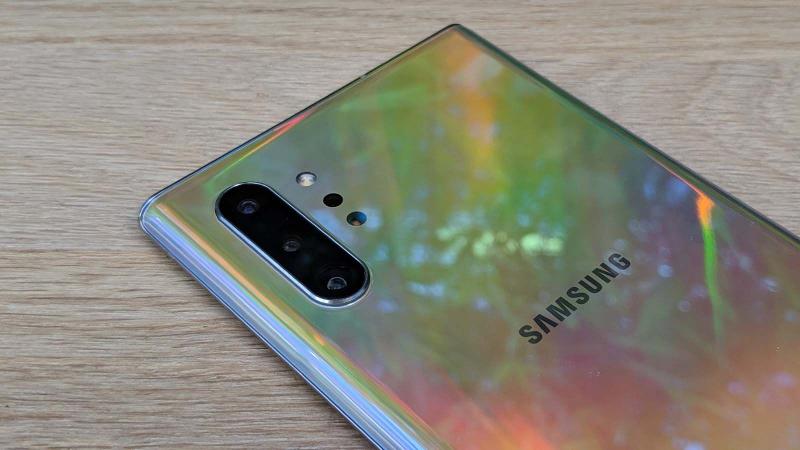 Both units throw in a barrage of features such as super slo-motion, portrait modes, optical zooms, 4K video, and that sort of thing, but the extra lens gives the Note 10 a serious advantage in the photography stakes.

Here’s a breakdown of the technical specifications for the devices.

iOS 12 is the version that ships with the iPhone XS Max, which has plenty of refinements to improve performance over previous iterations. You can read our iOS 12 review, but you should also take a look at our iOS 13 preview, as iPhones have the distinct advantage of receiving upgrades to the latest versions of Apple’s software, long after Android manufacturers leave theirs behind. 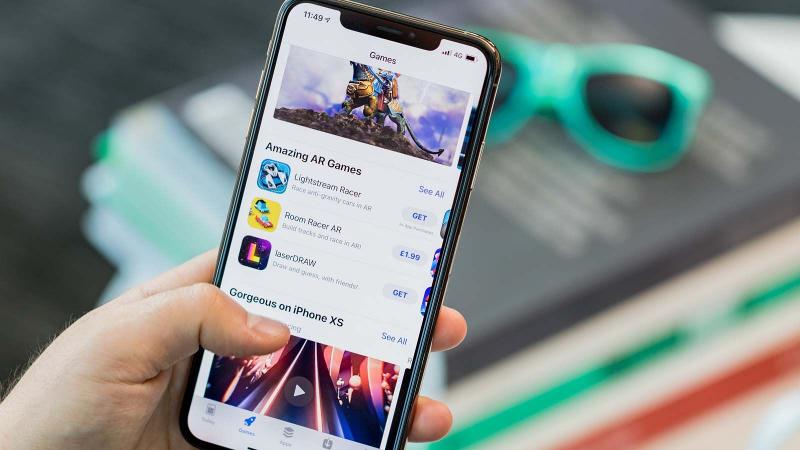 The Note 10 utilises Android 9.0 with Samsung applying its One UI interface on top. This a fine-looking operating system, with the Korean company leaving behind some of the garish colour choices of yesteryear and adopting a classy layout that’s easy to use.

Either OS has its selling points for users, with iOS at its best when used with other Apple devices and Android preferring Windows as its desktop pairing. App availability is almost at parity now, but there are still some iOS-only games and utilities that can swing the balance, with iMessages being a case in point.

The good thing is that Android and iOS are so good now that you won’t be missing out on much, no matter which one you use.

The iPhone XS Max is an excellent device. Powerful, huge display, and with great cameras. If you want a large iPhone then it’s easy to recommend. That being said, it’s very expensive, especially for larger storage options, and is coming to the end of its life as the flagship of Apple’s fleet.

By contrast, the Note 10 is more compact, lighter, and has the S-Pen, while offering considerably more storage space than the first two price points on the XS Max. If you want the best, and don’t mind Android, then the Note 10 is the superior model here. But September will bring a new Max-sized iPhone and then the merry-go-round will start again. We’d recommend waiting until then before you put any money down.