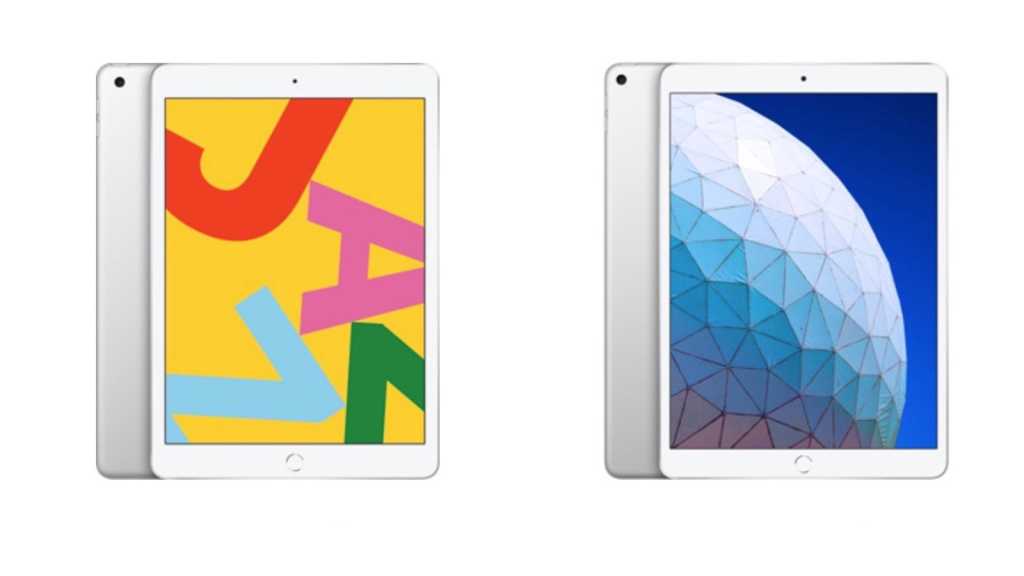 The cheapest option isn’t always best. The iPad Air offers so much more than the similarly-sized 10.2in iPad and yet the price difference isn’t enormous. This is one of those cases where spending a little bit more is a great investment.

Apple must have decided that people really want iPads with screens just over 10in, because now it has two of them.

Both these iPads have exactly the same dimensions in terms of width and length, but the Air is thinner and lighter and has a bigger screen. It also has a higher price (starting at £479/$499).

We think the extra £130/$170 is more than worth it when you consider what you are getting for your money if you choose an iPad Air over the iPad. Read on to find out why the iPad Air is so much better than the new iPad.

If all these models had the same specs then maybe sticking with the cheaper model would make sense. But, as you will see if you read on, the 10.2in iPad has specs that are a few generations behind those inside the iPad Air and iPad mini despite it being 6-months newer. So that extra £130/$170 you could spend to get your iPad Air will get you a lot more for your money.

You can order a 10.2in iPad now on Apple’s website here, but it won’t go on sale until the 30 September.

The iPad Air is available on Apple’s website here. We have this article that covers the best deals for a new iPad if you want to pick up a bargain.

Side-by-side the iPad and iPad Air are very similar. The colour choices are the same (silver, gold and Space Grey). Both devices have a Home button for Touch ID (no Face ID on either of these models). The length and width dimensions are exactly the same, despite the iPad Air having a bigger display.

Other than the screen size, the other difference is the depth – the iPad Air is 1.4mm thinner. You might think that won’t make a big difference to you, but what might interest you more is that the thinner design translates into a lighter iPad: 27g lighter. Ok, so 27g extra weight isn’t going to break you back exactly, and being 1.4mm thicker doesn’t mean you won’t be able to fit your iPad in your bag. 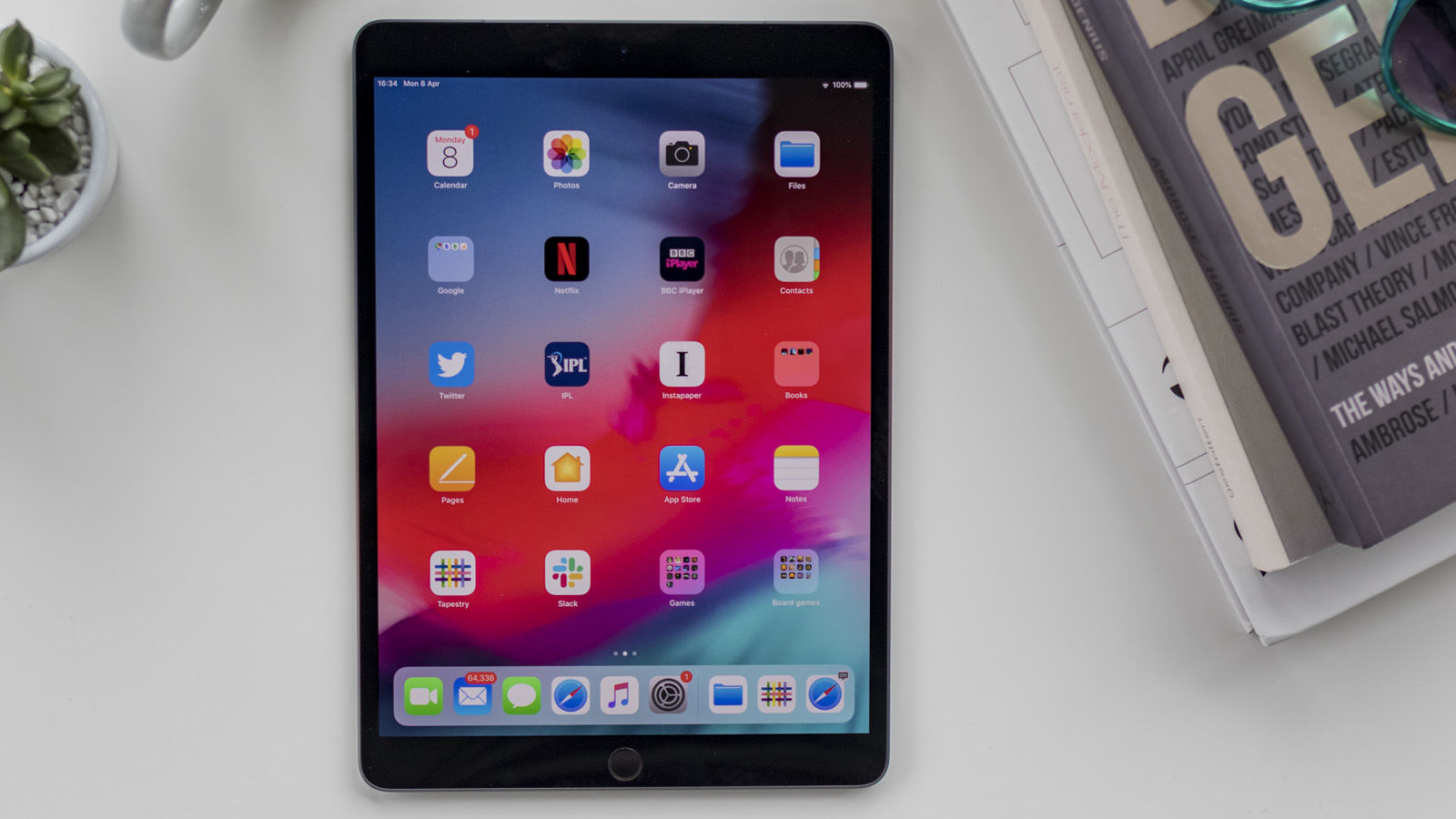 There’s a lot more to sell the screen on the iPad Air than it being a fraction bigger, and having a few more pixels to boot.

Here’s how the two screens compare

As you can see from the table above, there are some features of the iPad Air that mark it out as a higher-quality display.

There is a world of difference between a fully-laminated display versus a un-laminated display. If you touch the un-laminated display on the standard iPad you’ll notice that there is a small gap between the screen glass and the display elements underneath, so when you press down on it you’ll be able to discern a tiny but noticeable ‘flex’ as it bends inwards. This might not bother you, but it does bother us. It just makes the iPad feel cheaper, and the slight gap between where you place your finger and where the elements on screen are makes it feel less like you are interacting with what’s on the screen less precisely. 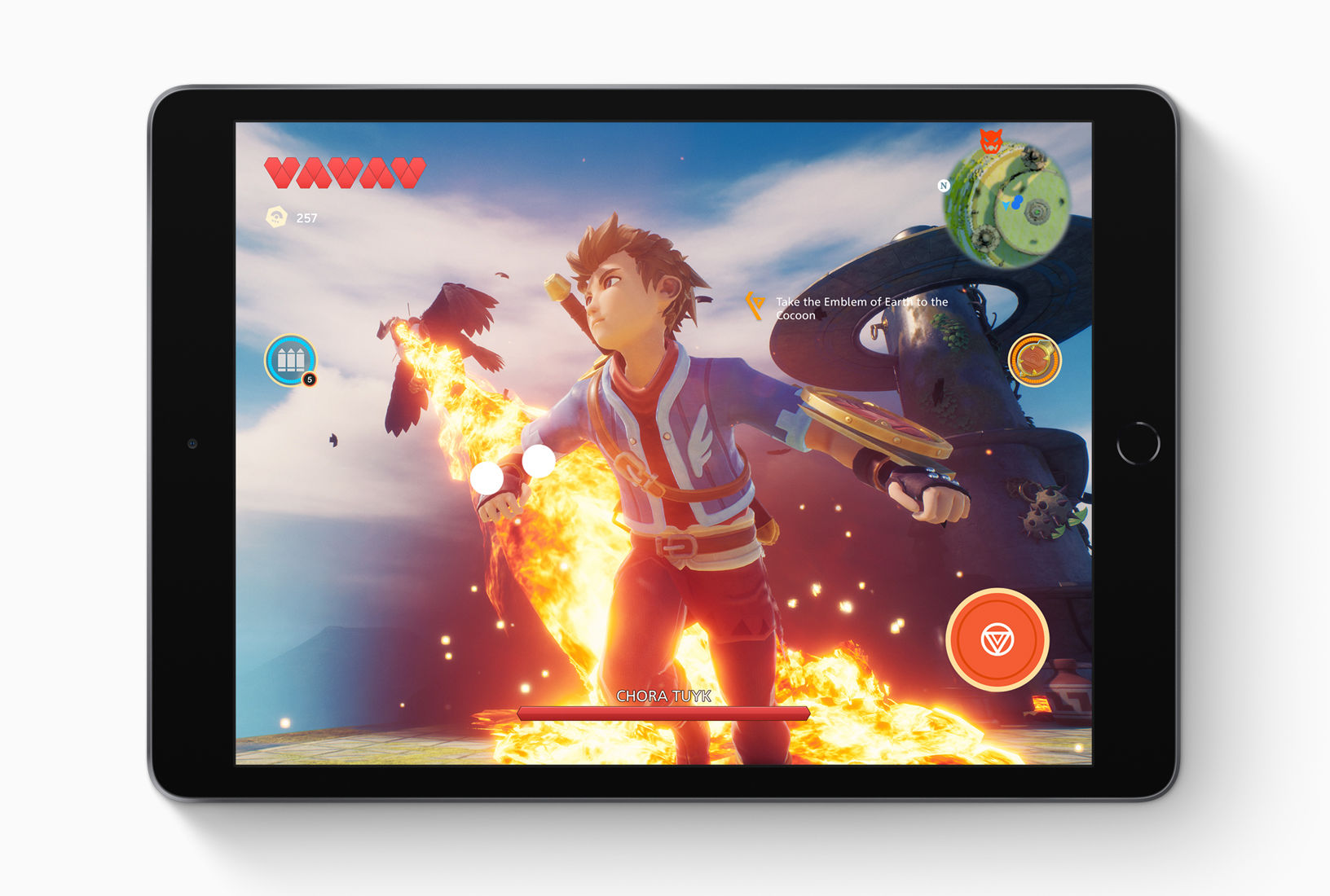 You might be thinking that with the iPad being about six months newer than the Air it would be better, but you’d be wrong.

There are a few features that are the same: the colour options are identical, both have a lightning port for charging, a fingerprint scanner for Touch ID (there’s no Face ID on either of these iPads), and a 3.5mm audio jack. But there’s much more that’s different.

To illustrate this, here’s the entry level model of each iPad:

As you can see, in terms of the specs, there is a vast difference between the iPad Air and the 2019 iPad.The Air’s processor is two generations newer. The camera – particularly the front facing camera used for FaceTime – is far superior. And the entry level storage option in the Air is preferable. Being an iPad, and likely used offline at times, you will want the space to store downloaded films, TV shows, and games for those long car journeys or commutes.

Incidentally, that A10 Fusion processor in the 10.2in iPad is the same one that featured in the previous generation iPad – and it actually first appeared in the iPhone 7 in 2016. So a bit long in the tooth.

Both iPads are compatible with Apple’s Smart Keyboard thanks to the integrated Smart Connector. That keyboard costs £159/$159 and is compatible with both iPads. You could just use any Bluetooth keyboard though. 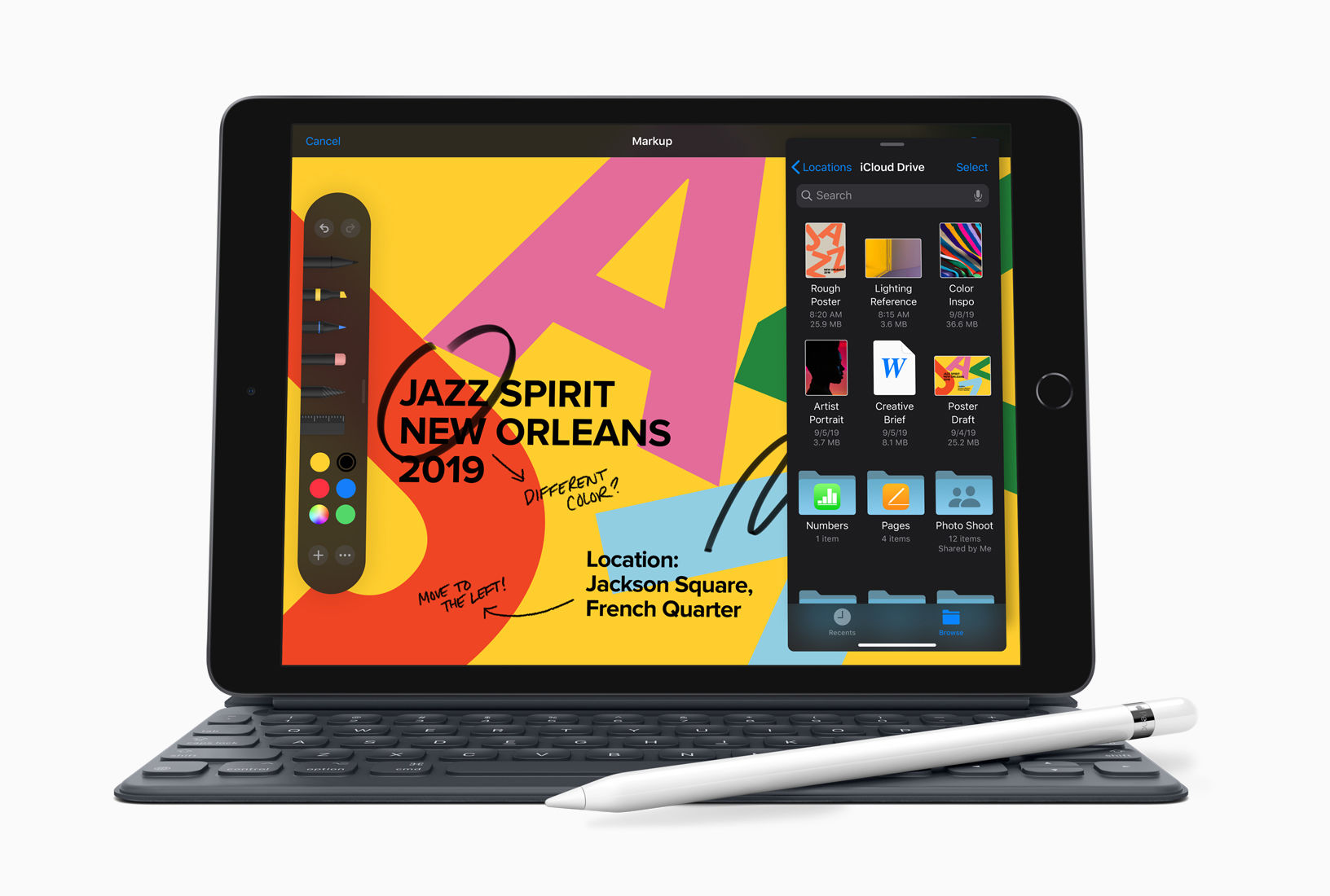 Here’s how the specs compare

Placed side-by-side there’s little difference between the 10.2in iPad and the 10.5in iPad Air, at least in terms of the amount of space they take up on your desk. But the differences are actually vast. Even if the iPad Air didn’t have a bigger screen than it’s identically sized sibling, along with being slimmer and lighter, it would be a better choice. But what’s inside counts even more, and inside the iPad Air are some far superior components.