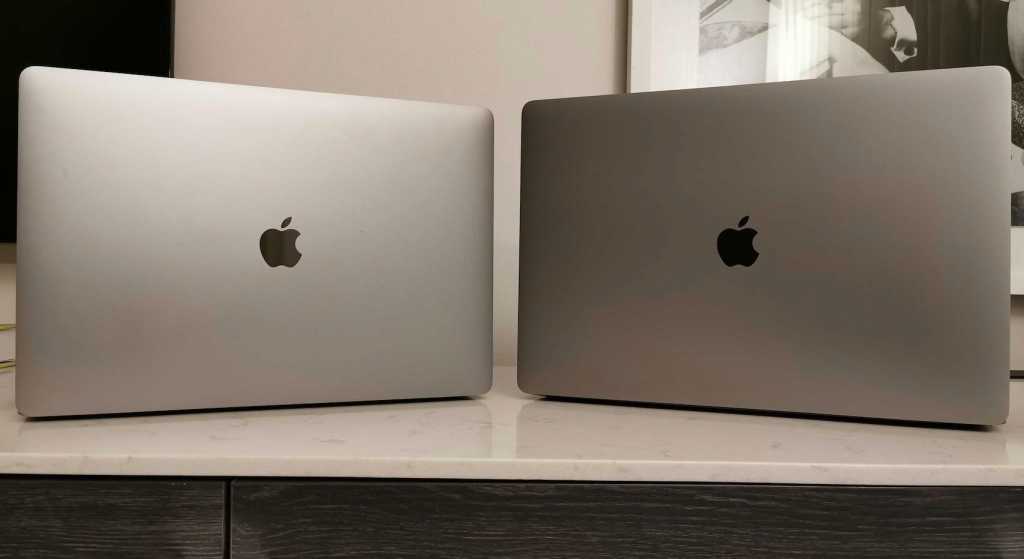 Despite the lack of 4K display, it’s still a good time to upgrade, unless you want to wait for Intel’s 10th gen processors.

The rumours were true. Apple has replaced the 15in MacBook Pro with a model with a 16in display. Apple’s new 16in MacBook Pro offers a higher-resolution screen, a redesigned keyboard, improved performance, more RAM and storage, and a better sound system.

In this comparison we will look into every aspect of each laptop so you can see exactly what benefits the new 16in MacBook Pro brings. 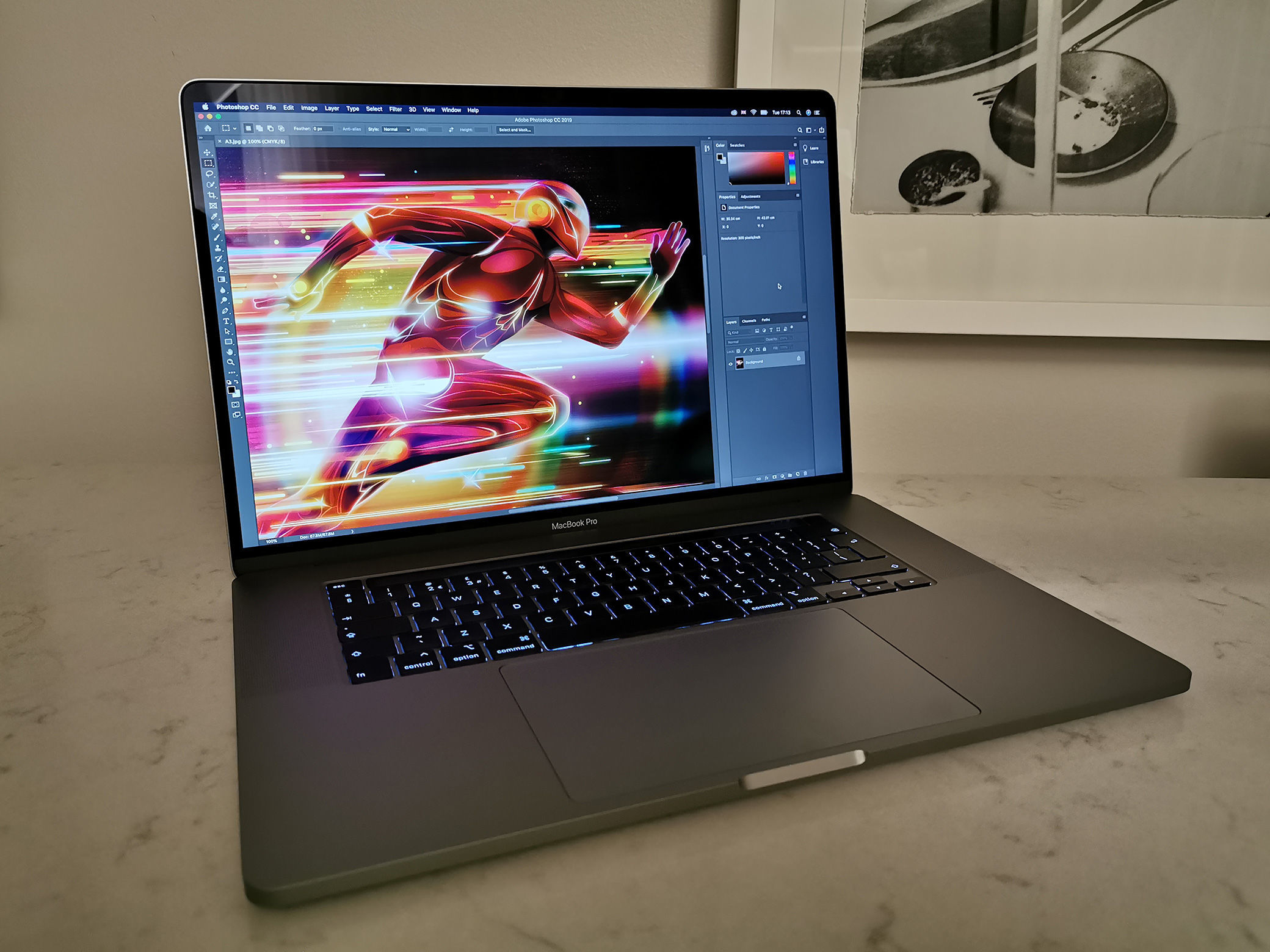 We’ll go into more detail about the physical differences and the changes to the components in the various sections below, but in summary, this is how the two sizes of MacBook Pro compare.

Before we start, we want to highlight that while the 15in MacBook Pro has always been referred to as a 15in model the actual screen measurement is 15.4in. So, it’s close to a half inch, rather than the full inch difference.

Nor is this the largest MacBook Pro Apple has ever made. That was the 17in MacBook Pro, which was discontinued back in 2012. If you are interested in how the new model compares to that we will mention that model in our dimensions section. It is an interesting comparison especially if you were the owner of a 17in MacBook Pro and have been desperately awaiting the new model.

However, what really matters is that while it now boasts a 16in screen, the MacBook Pro is actually only a fraction larger than the 15in MacBook Pro. That’s thanks to the slimmer bezels around the screen. Sat side-by-side the 16in MacBook Pro looks bigger than it’s older sibling when the screen is open, but once shut there’s very little difference in size and weight.

In terms of specs, not so much has really changed. Here’s how the specs compare.

As you can see from the specs above, the processor options are the same, but the graphics card is better. There is also double the storage as standard.

There are also some new build-to-order options, such as the 64GB RAM option, the ability to increase the memory RAM which comes with the graphics card, and a 8TB SSD. Of course if you added all these components you would have a big bill: £5,769. 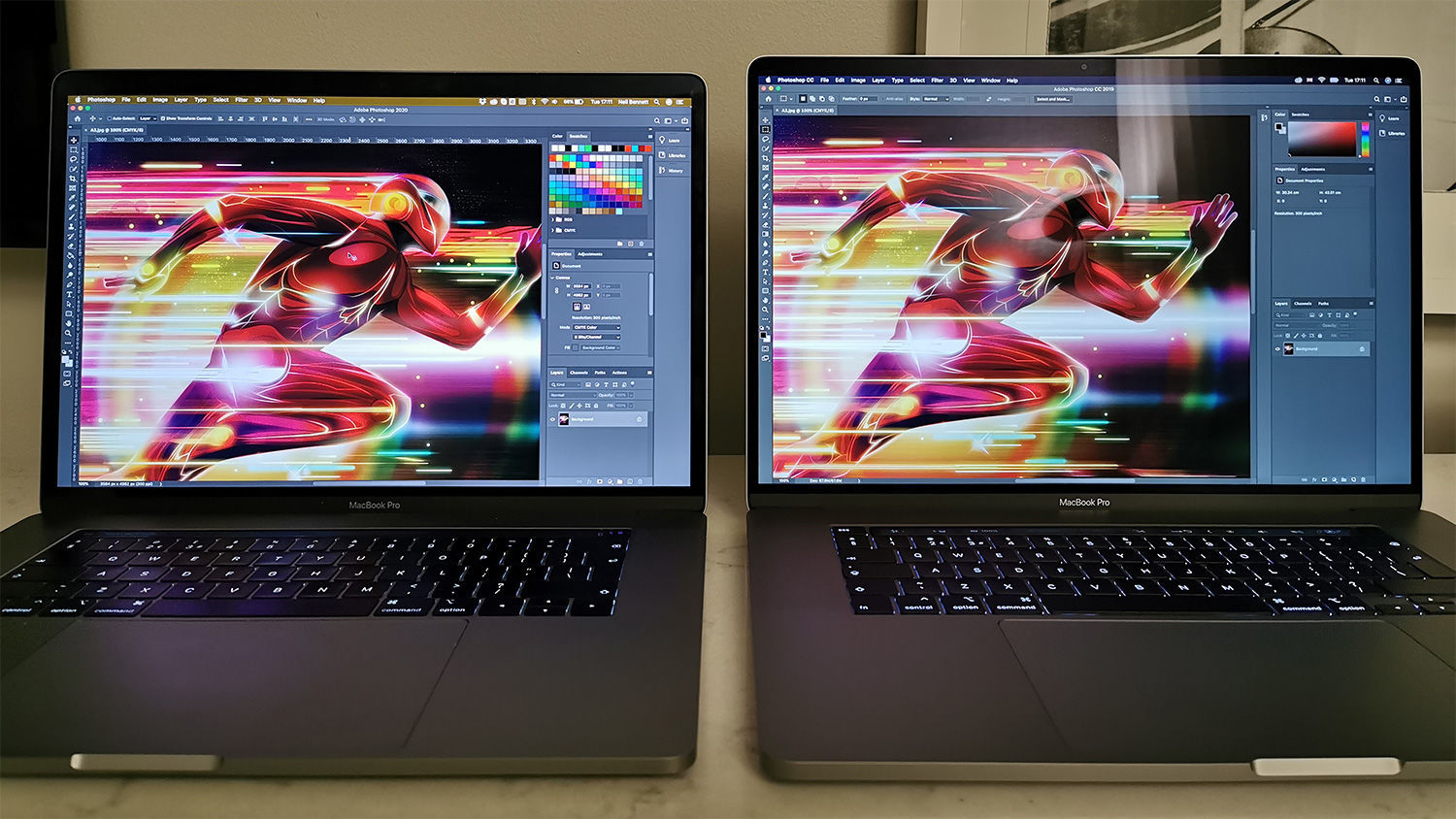 Price and where to buy

A new 16in MacBook Pro will cost you at least £2,399/$2,399 ( buy one from Apple here). You may be wondering if that price is good. It’s certainly good news that Apple has kept pricing the same as it was for the 15in model. That price is still high, but it’s normal to pay a premium to buy a pro-laptop.

Given that there had been rumours that the 16in MacBook Pro could cost a staggering £3,000/$3,000 it’s great that Apple has managed to keep the price down.

If you need a powerful machine, but don’t want to spend as much, you might want to consider the iMac as you could potentially get comparable spec for less.

While Apple has discontinued the 15in MacBook Pro, you will still be able to buy one, and you should expect to see some good discounts on the new model. Check out our Best MacBook Pro deals article.

For example, you can buy a 15in MacBook Pro from Amazon here for around £2,154  From time to time Apple sells 15in MacBook Pros on the Apple Refurbished Store here (although currently there are only 13in models available).

As we mentioned already, the specs haven’t changed a great deal. Aside from the larger SSD, better graphics card, the improved keyboard and the changes to the speakers, most of the components are the same as before.

However, it’s important to note that while these components may be the same inside the machine things have changed. Apple has given the MacBook Pro’s innards a redesign, with reimagined thermal management. That translates to a 35% larger heat sink, 28% more airflow, and allows for an additional 12 more watts of power (there is a 96watt power adapter, rather than the older 84watt option).

As previously, it can output 500nits of brightness. Plus, the colour gamut hasn’t changed – the display is still aligned with the DCI-P3 standard used for digital cinema rather than the Adobe RGB gamut. 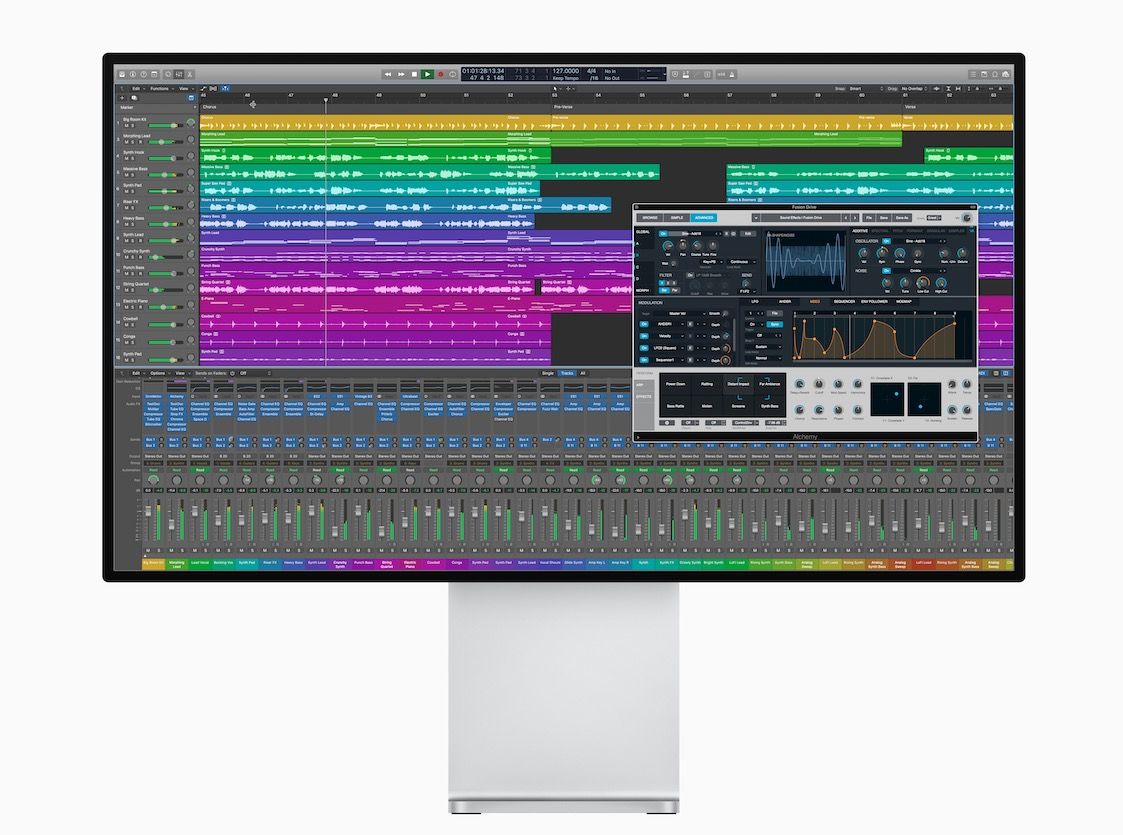 These are the exact same 9th-gen Coffee Lake revision 2 processors as Apple added to the 15in MacBook Pro back in June 2019.

If you are wondering why the new 16in model has the same processor there is a simple reason for that. The 10th generation Intel chips (known as Ice Lake) that would be used aren’t available yet.

The graphics options have changed in the newer models. You will now find AMD Radeon Pro 5300M or 5500M graphics with a choice of 4GB or 8GB of its own RAM.

The 15in MacBook Pro offered either a Radeon Pro 555X or Radeon Pro 560X, both with 4GB of GDDR5 as standard.

There were also the following build-to-order options previously:

This is still a dual graphics machine, so there are integrated Intel UHD Graphics 630 inside as well. The Mac can switch between the two graphic options, thereby saving battery life when the faster card isn’t required.

You may also want to consider adding an eGPU to your MacBook Pro. Here’s how to use an eGPU with a Mac.

There is also a new 8TB SSD build-to-order option.

Suffice to say Apple has attempted to address the issue by going back to the drawing board – or at least by adopting the Magic keyboard that features with the iMac Pro as inspiration. We haven’t spent enough time with the new keyboard to comment on whether it is better, but it does seem to tick a lot of our boxes, including longer key travel (so you know you are typing). 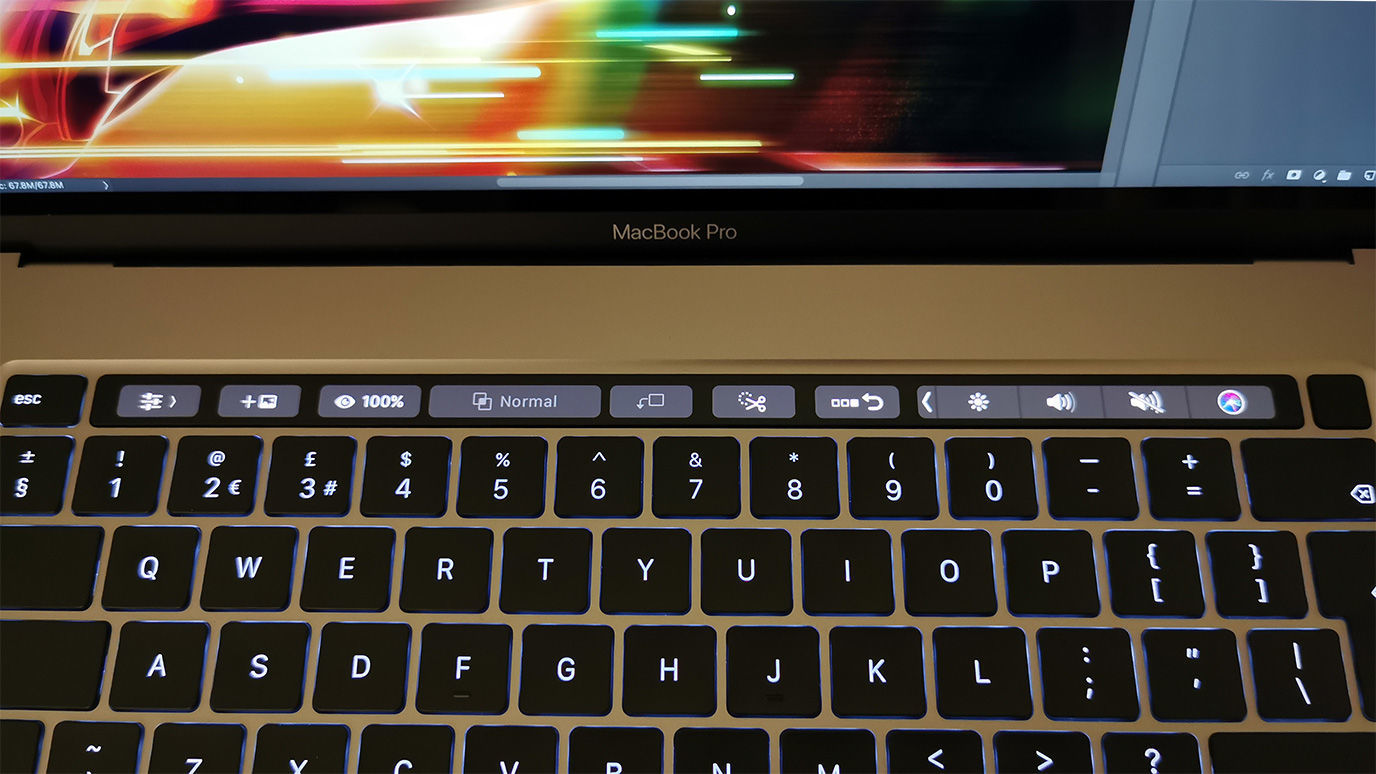 Other changes to the keyboard, and the Touch Bar above it include a dedicated ESC key, which was apparently a popular request from creatives. The Touch ID pad is also separate now.

If you were hoping for a touch screen then you will be disappointed. We think it would be more useful than the Touch Bar but Apple doesn’t. So there you go.

The sound of the 16in MacBook Pro sound is much fuller and warmer thanks to changes to the speakers. There is a six speakers high-fidelity sound system with force‑cancelling woofers. There is a 3.5mm headphone jack if you were concerned about that.

The battery inside the 16in MacBook Pro is a 100-watt-hour battery, which is 16 more watts that previous system. Apple claims 11 hours of battery life.

The 16in model offers the same port configuration, including the headphone jack. So you’ll still find four Thunderbolt 3 (USB‑C) ports.

The big change here is that the MacBook Pro now has a 96W power adapter. The 15in MacBook Pro used a 87W adapter.

Got a MacBook, Pro or Air? Check out the best accessories for MacBooks. 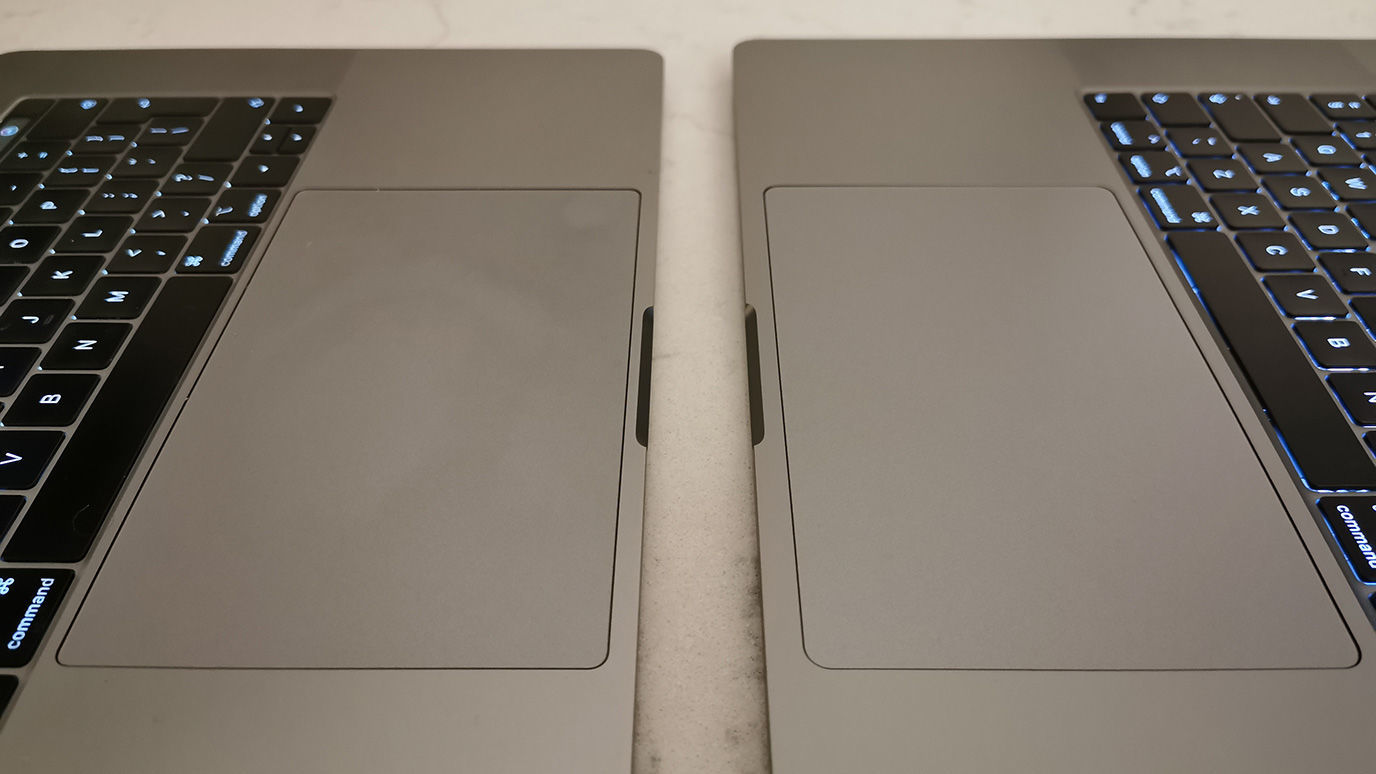 if you bought either the 2018 or 2019 15-inch MacBook Pro, there’s little reason to upgrade yet unless you are desperate for the bigger display. On the other hand, if you’re Mac laptop is a few years old this is a good time to upgrade, unless you would rather wait until 2020 to see if Apple updates it to new Intel’s 10th gen processors when they finally arrive.