If you’re looking for a budget option the iPhone SE (2020) is clearly the right choice, bringing a state-of-the-art processor and excellent photography options for £419/$399. The iPhone 11, however, remains a great option for those who want a more modern design and a far larger display (and can stretch to £729/$699).

Last autumn – how long ago it feels – we updated Macworld’s ranking of the best iPhones to put the mighty iPhone 11 top of the heap. We weren’t claiming that it was the best-specced handset Apple makes (that would be the iPhone 11 Pro Max), but it clearly offered the best combination of specs, features and value for money.

Now the situation has changed. Apple has unveiled the new iPhone SE for 2020, and while it isn’t an exciting launch it definitely screams ‘sensible, good-value compromise’. And in these straitened times, isn’t that what we really want?

In this comparison article we put the iPhone 11 and iPhone SE (2020) head to head, seeing how they stack up and helping you decide which is best for you. For a wider look at the range, read our iPhone buying guide.

This will help establish a benchmark for the rest of the article. We’ve said these are both good-value phones, but that doesn’t mean they’re the same price, or even close to it. The SE is a cheaper option, for sure.

(The iPhone 11 is available from Apple’s website. Alternatively, check our roundup of the best iPhone 11 deals.)

(The iPhone SE will be available to preorder from Apple’s website from later today, 17 April.)

These numbers, and a quick glance at your bank account, may well have answered the question already. If the iPhone 11 is way out of your budget, you may want to consider the iPhone XR instead.

But for those who can afford it, the question that remains is this: does the iPhone 11 do enough to justify the extra money?

Both iPhones are beautifully crafted handsets with exemplary build quality. But in terms of design, they are chalk and cheese. Or ancient and modern.

The iPhone 11 was part of the third wave of the Face ID revolution (which started with the iPhone X in 2017), and like all of those devices it has a screen notch and no Home button. It most closely follows the iPhone XR from 2018, however, replicating exactly its big 6.1in screen and 194g chassis. Here are some of the numerous vibrant colour options you get with the 11: 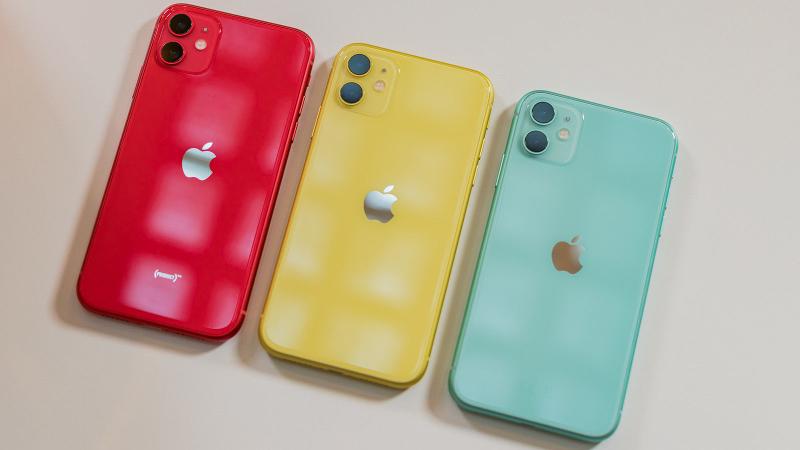 So it’s not exactly a brand-new design, but it’s a lot more modern than the iPhone SE (2020). The SE is so similar to the iPhone 8 from 2017 that it will fit in the same cases, and the iPhone 8 itself, even when first launched, was already old-fashioned. That design is largely the same as the iPhone 6 from 2014.

Here’s what the new iPhone SE looks like when tackling an Apple Arcade game: 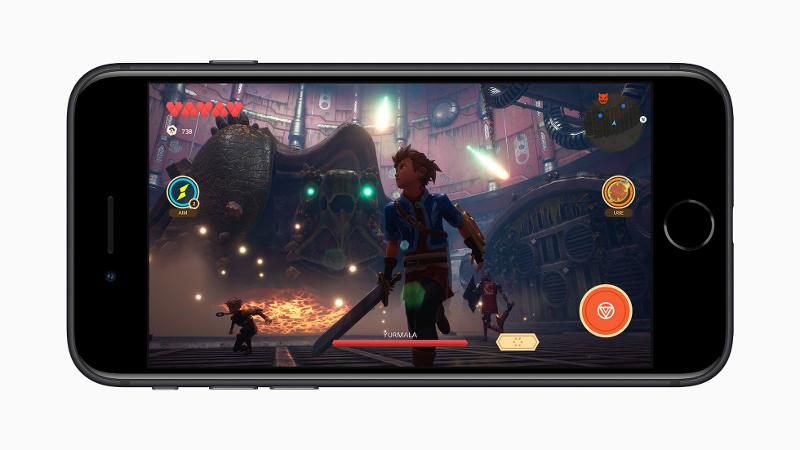 So in essence we’re looking at a design from 2018 versus a design from 2014, but they each have some modifications on that template. The iPhone 11, for example, adds a second camera lens on the rear (the XR had only one) and improves water resistance from 1m to 2m. And of course there are numerous tweaks that set the iPhone SE (2020) apart from the long-ago iPhone 6, not least the fact that it has any official water resistance at all.

In most respects we are drawn to the iPhone 11’s smart modern design far more than the nostalgic looks of the iPhone SE. But some will like that it still has a Home button; not everyone enjoys Face ID (and we will concede that second-gen Touch ID is probably quicker and more reliable) and some would prefer not to have to learn lots of new gestures.

There’s an interesting mixture here. In a few respects the new SE is neck and neck with the iPhone 11, namely its processor, storage allocations and connectivity. But the screen is far smaller (albeit just as sharp – and remember that the 11, like the SE, misses out on the OLED screens that in Apple Land are restricted to the iPhone Pro models) and the cameras far weaker.

Note, however, that the A13 Bionic affects more than just the speed with which you’ll be able to run demanding apps and the future-proofing in terms of being able to install iOS updates. Its neural engine will improve photography using the Smart HDR algorithm, and it should also improve battery performance. Needless to say we will put both of these claims to the test when we get review samples of the new SE.

Anyway, here are the rest of the headline specs. Note that the iPhone 11 is significantly less portable, although this is more than justified by the larger screen.

This is a difficult comparison to make because these phones are trying to do different things for different people.

The iPhone 11 may not have the Pro suffix but it’s a high-end device nonetheless, with a high-end price to match. If you’re looking for a budget option the SE is clearly the right choice, bringing a state-of-the-art processor and excellent photography options for £419/$399.

But the iPhone 11 remains a great option for those who want a more modern design and a far larger display. If you can stretch to £729/$699 you’ll get a phone that’s well worth your outlay.

Will the iPhone SE overtake the 11 at the top of our best iPhone ranking? That decision will have to wait until we get our hands on review samples – but the SE is definitely going to be pushing for a high position.