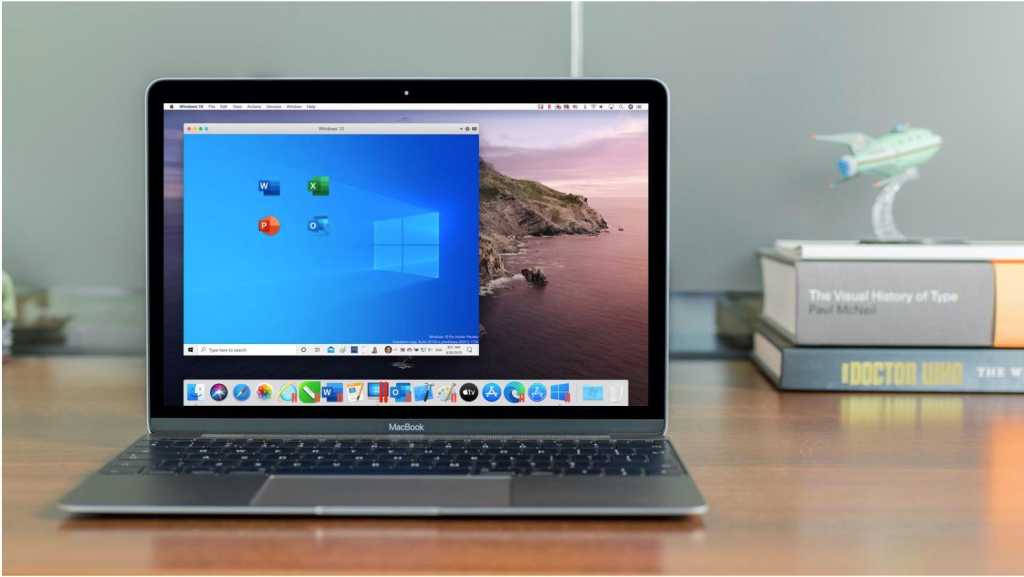 Some people will still be happy using Boot Camp to switch between the macOS and Windows (for now). But Parallels Desktop 16 is the best virtualisation option if you prefer to run Mac and Windows apps side-by-side on your Mac.

Parallels Desktop has always been an important app for Mac users who need to run Windows software on their Mac (and maybe try out a few games as well). However, Apple’s decision to abandon Intel processors and move the entire Mac platform to its own Apple Silicon chips over the next couple of years means that the new Parallels Desktop 16 is about to be upgraded from ‘important’ to ‘absolutely essential’ for many people. 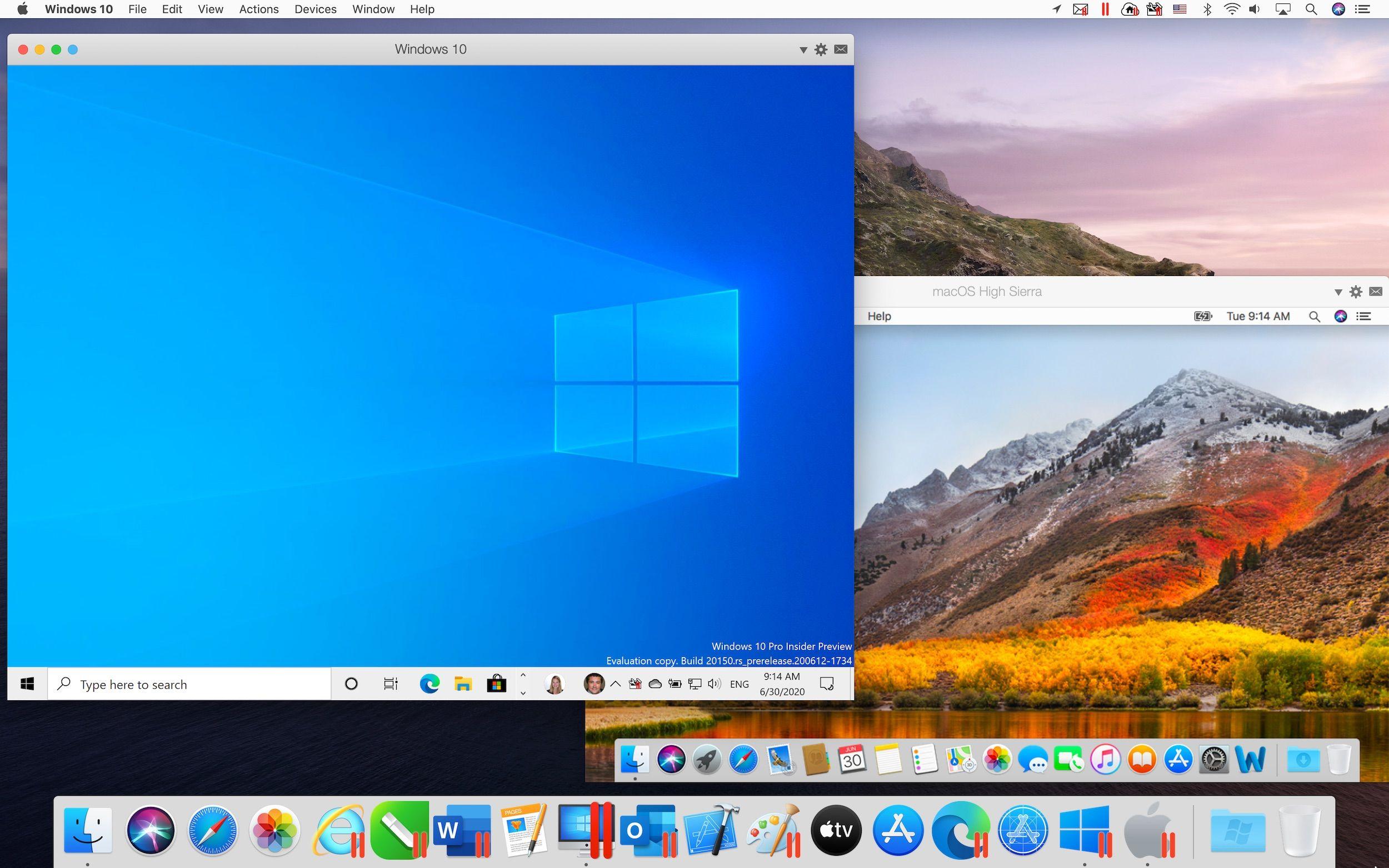 Macs that still use Intel processors – including the new 2020 27in iMac that has recently been released – will still be able to use Apple’s Boot Camp to ‘dual-boot’, and switch between Windows and the macOS. However, the upcoming Apple Silicon processors are based on a technology known as ARM, which is completely different from the Intel processors that Apple has used for the last 15 years. This means that Boot Camp won’t work on new Macs with ARM processors, so ‘virtualisation’ software such as Parallels Desktop will be the only option for running Windows software on those future Macs.

Virtualisation software allows you to create a virtual machine – or VM – that emulates the hardware of a Windows PC and runs on your Mac just like any other Mac app. You can then install Windows and other Windows software onto this VM and run your Windows apps right alongside all your normal Mac apps (although you do need plenty of memory to run the macOS and Windows alongside each other). 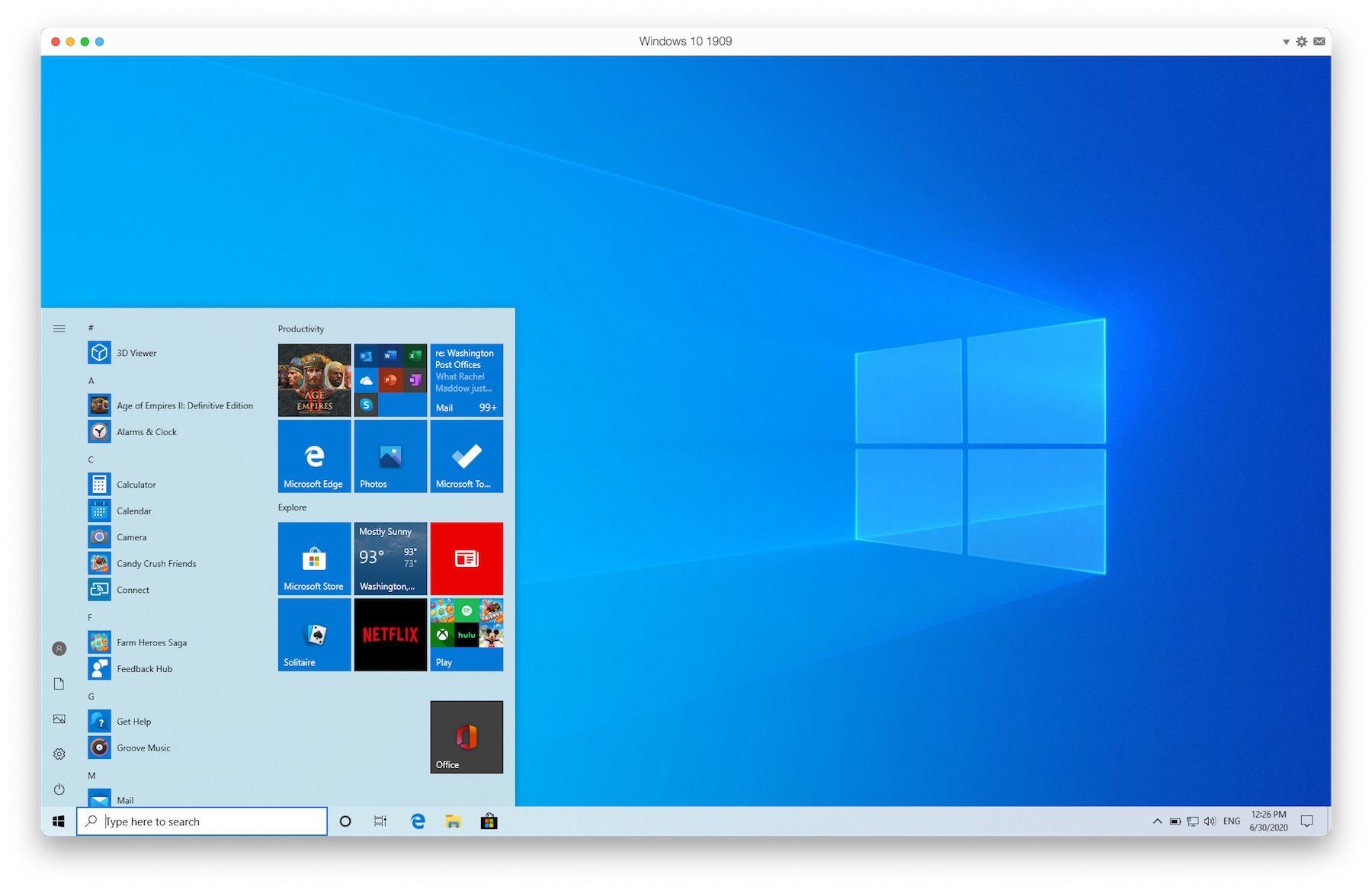 Parallels Desktop isn’t the only virtualization software available for Macs – its main rival, VMWare Fusion, has also been updated – but Parallels’ status as the leader in this field was emphasized when Apple used Parallels Desktop to demonstrate a number of Windows apps and games running on prototype ARM Macs during its recent Worldwide Developer Conference.

There are several options for buying Parallels Desktop 16, depending on how you’re likely to use it. Fortunately, there’s a 14-day free trial available at www.parallels.com so you can try the program for a while and decide which option is best for you.

The standard version of Parallels Desktop 16 is mainly designed for home users, students, or individual business users who just need to run a few key Windows apps (or games – and Baldur’s Gate 3, I’m looking at you…). If you’re likely to use Parallels Desktop on a regular basis then you can pay an annual subscription fee of £69.99/$79.99, which also includes all future upgrades.

For more casual use, it’s also possible to buy this standard edition for a one-time fee of £79.99/$99.99. That fee lets you use the software for as long as you want – without an annual subscription – but it doesn’t include future upgrades, so you’ll have to pay around £39.99/$49.99 when you upgrade.

There are two other versions as well – the Pro Edition and Business Edition – which both require an annual subscription of £79.99/$99.99 per year. The Pro Edition is aimed at software developers and includes features, such as support for Microsoft Visual Studio, to help with testing and debugging apps.

The Business Edition includes the same features as the Pro Edition, as well as a number of additional admin tools for large organisations that need to manage multiple copies of Parallels Desktop in their offices.

All versions of Parallels Desktop 16 also include Parallels Toolbox and Parallels Access as well. The Toolbox is a handy set of utilities, which run on both Mac and Windows, while Access is an app for iOS and Android that allows you to remotely control VMs on your Mac using your mobile devices.

Upgrades to Parallels Desktop always include new features and performance improvements, but the biggest change in Parallels Desktop 16 is actually a major under-the-bonnet programming rewrite that won’t be immediately obvious to most people.

Virtualisation apps such as Parallels Desktop and VMWare Fusion rely on pieces of software called kexts – kernel extensions – that dig deep into the macOS in order to improve performance when running Windows on your virtual machines. However, Apple has decided that kexts from outside companies such as Parallels are a security risk, so it has banned kexts from the forthcoming Big Sur.

This has forced Parallels to make major changes to Parallels Desktop 16 simply in order to ensure that it will still be able to run on Big Sur.

We were pleased to see that it ran well on the beta version of Big Sur that we had installed on our MacBook – and it even allowed us to create a VM running the beta of Big Sur as well, so we could return the MacBook to its more reliable Catalina set-up, and then just use the VM to explore Big Sur. Parallels also told us that they’re planning an update with some additional features when the final version of Big Sur is launched this autumn.

Alongside that major rewrite, Parallels also managed to add a number of other new features as well: They’ve fine-tuned Parallels Desktop so that your virtual machines start up and quit more quickly than before. There’s improved support for Mac trackpads when running Windows apps, including gestures for zoom and rotate. And the ‘virtual disks’ that are used to store all your Windows apps inside your VM now shrink to take up less space on your Mac when you shut the VM down. There are also improved printing options when you’re working with Windows software, allowing you to use all the features of your Mac printer such as two-sided printing and additional paper sizes.

As well as supporting Apple’s Metal graphics software, Parallels Desktop 16 also supports OpenGL 3.2, which allows it to run a number of specialist Windows apps, such as DiaLux for lighting design, and Samson for molecular modelling. Parallels also claims that it’s around 20% faster when running apps that use Windows’ own DirectX graphics software. 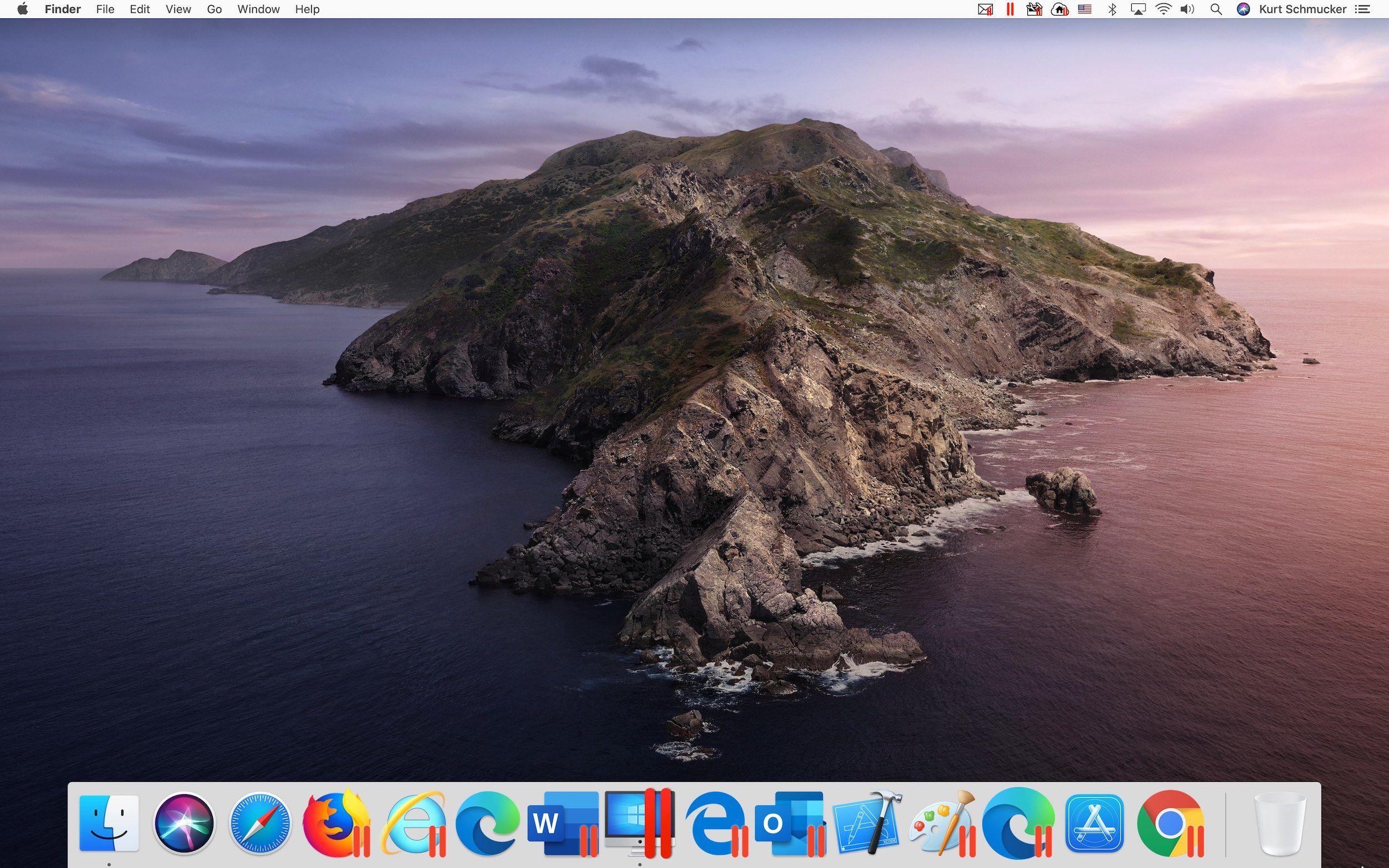 Boot Camp isn’t dead yet, so that’s still an option if you don’t mind switching back and forth between Windows and the macOS. But if you want to run Windows and Mac apps side by side at the same time then a virtualization program such as Parallels Desktop is the only real option. And, with this latest update – which already has Apple’s implied seal of approval – Parallels Desktop 16 has taken the lead in preparing for the arrival of Big Sur and the next generation of ARM-based Macs.

We have this round up of the best options for running a virtual machine on your Mac, and we also have this guide to running Windows on a Mac.