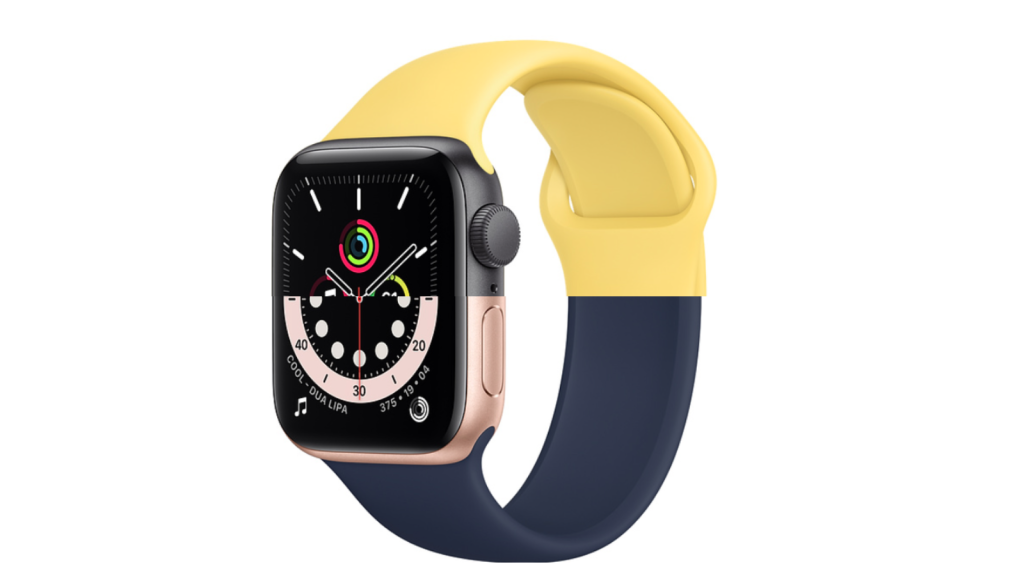 The Apple Watch 6 offers the best in terms of health monitoring, but if you have no concerns about your health then the Apple Watch SE offers plenty for a lower price.

Apple introduced two brand new Apple Watches in September 2020: the Apple Watch Series 6 and the Apple Watch SE. It’s the first time Apple has introduced a new Watch at a lower price to accompany the launch to the flagship model, but it’s a practice that the company has applied to all its products, from the days of the iPod.

The surprise is that the Apple Watch SE is not replacing the App Watch Series 3. Apple will continue to sell that Watch (which launched in September 2017) as the cheapest model, starting at £199/$199.

With that in mind we will begin by examining the features that the two new Apple Watches share.

The iPhone SE is smaller than the iPhone 11 so you might be thinking that the Watch SE would be smaller too, but no, both offer the same two size options: either a 44mm screen or a 38mm screen. Aside from the differences in materials on offer, and the weight of the strap you choose, any difference in the Watch case itself is minimal. 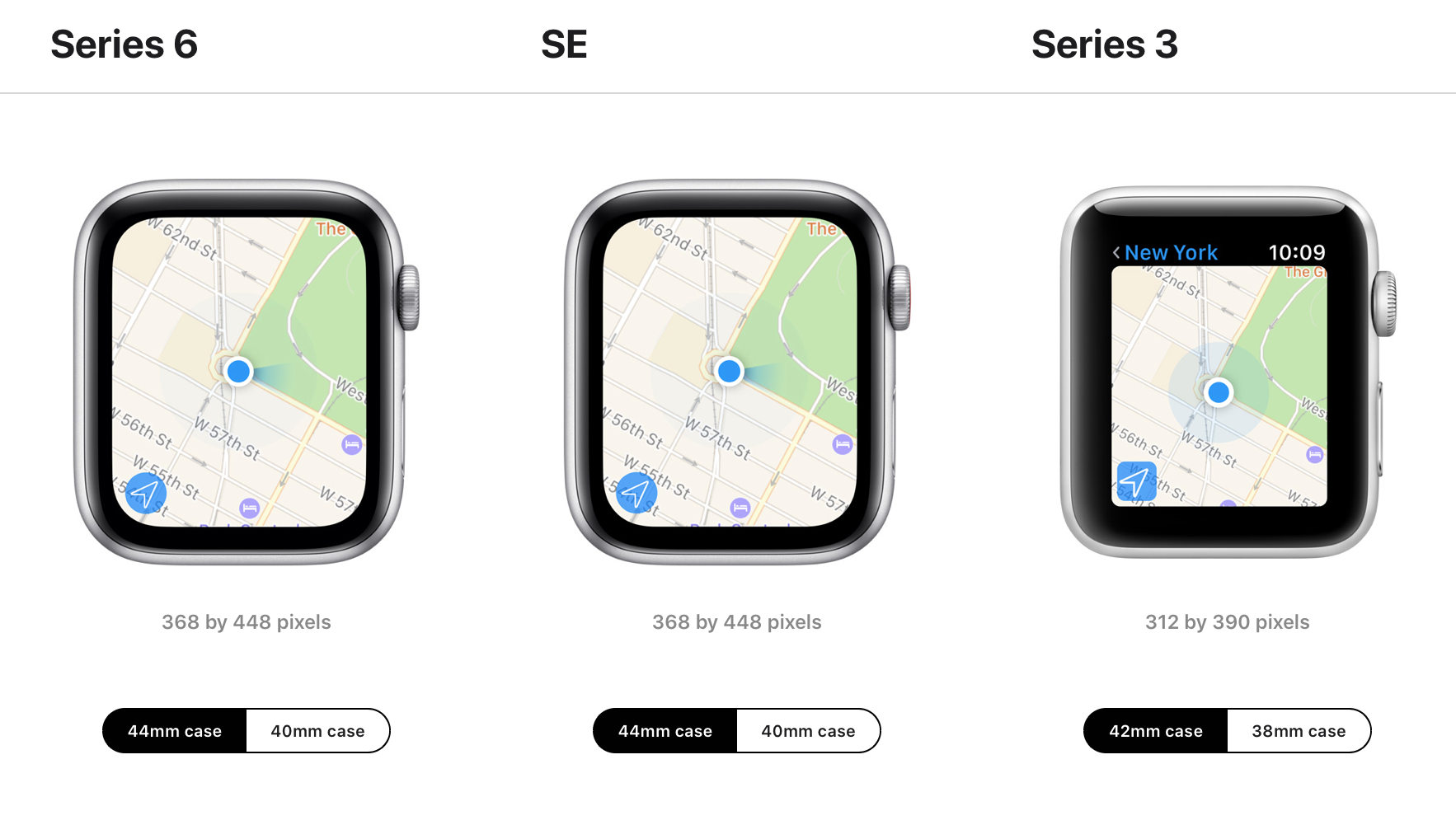 Both offer high and low heart rate notifications as well as irregular heart rhythm notifications – but so does the Series 3. The Series 3 doesn’t offer Fall Detection though – something which, again, both the SE and the 6 offer.

Both watches offer an always-on altimeter. The Apple Watch 3 also features an altimeter, so being able to measure your elevation isn’t a new thing, but having it always on means you can track your current elevation in real time and even see your elevation alongside the time. You might be puzzled as to what this will mean for you, but if, for example, you like to go running having an altimeter will mean your watch can accurately measure elevation as well as distance, and having an always-on altimeter means you can track this information all the time – not just when you have your workout app running.

Speaking of fitness, both watches are water resistant and swim proof to 50m. But this isn’t a new feature – all Apple Watches since the Apple Watch Series 2 have offered a water resistance rating of 50 meters.

There’s also a Compass in both the Watch 6 and the SE. The Series 3 lacks the compass, but it was available with the Series 5, so it’s not a new thing.

Family Setup is another new feature shared by both watches. Family Setup allows you to set up a Watch for someone who doesn’t have an iPhone. It’s targeted at parents wanting to give their kids a smartwatch (Apple’s clearly hoping Father Christmas will be giving out a few Apple Watches this year). In the past if you didn’t have an iPhone then you wouldn’t be able to set up an Apple Watch. The new Family Setup feature means that Apple Watches (from Series 4 and up, as long as they have Cellular) can be set up, can make calls, send messages, use Maps, and parents can see the location of their children at all times. But, like we said, this feature exists for both the 6 and the SE, so it’s not a reason to choose one over the other (although if you are looking for a Watch for your offspring then a more budget option might be more attractive). 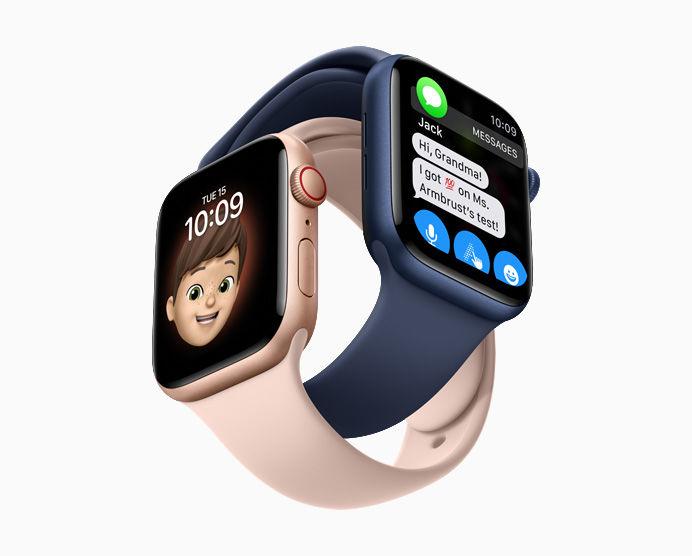 There are plenty of other features that both watches offer. Both have the W3 wireless chip and Bluetooth 5.0, 32GB storage, and 18hr battery life. Both offer emergency SOS, fall detection, and hearing health alerts.

If any of these shared features are a key part of your decision when purchasing an Apple Watch you can happily purchase the cheaper Apple Watch SE. However, there are a few features that only the Apple Watch Series 6 offers, and we’ll be looking at these below.

The ability to measure blood oxygen may be an attractive feature for you if you have a condition where knowledge of your oxygen levels could alert you to issues, such as asthma, or if you are exercising, or if you are climbing and likely to be several thousand meters where there is less oxygen. 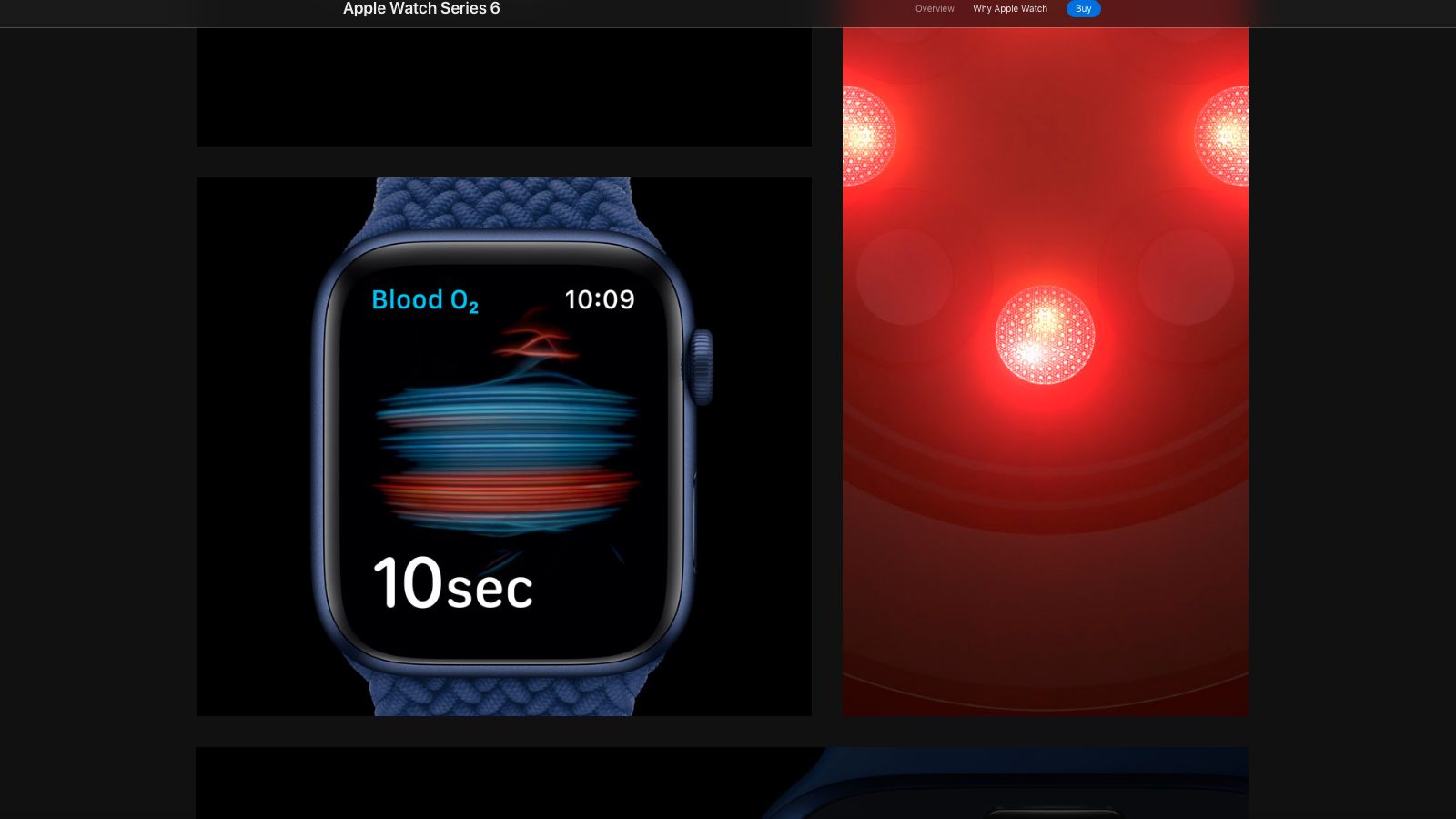 If managing a health condition is your main purpose for buying the Watch Series 6 you should beware that we can’t be sure how accurate the measurements will be compared to those taken with a dedicated machine. Therefore you shouldn’t rely on them. However, having this knowledge could alert you to an issue and allow you time to take medicine or arrange to see your doctor.

One good example that was mentioned when we spoke to a doctor was sleep apnea, a condition where breathing pauses in sleep. Since the affected person wouldn’t necessary be aware that they have the condition, the Watch data could alert them to the issue. Another feature that the Apple Watch 6 offers that the SE lacks is the ability to take an ECG. An electrocardiogram is a measurement of your heart’s rhythm and electrical activity. The ability to record an ECG could alert the user to problems with their heart, such as arrhythmias or cardiomyopathy. It could be also be a useful feature if you need to monitor your heart condition.

There are some other features that make the Apple Watch 6 superior to the SE. For example, only the 6 offers the S6 chip. The SE features the S5 as found in the Series 5 Watch.

The Apple Watch Series 6 is also the only Watch to offer the U1 chip for ultra Wideband. The U1 chip arrived with the iPhone 11 series in 2019. It relates to Bluetooth and is used for spatial awareness – in other words, it enables two devices to know how far from each other they are. It should be a benefit for location tracking.

If none of these features particularly appeal to you then your decision could be simple, get the cheaper Apple Watch SE. But there is one more difference and it could be the dealbreaker. The Apple Watch 6 offers significantly more options in terms of design than the Apple Watch SE. 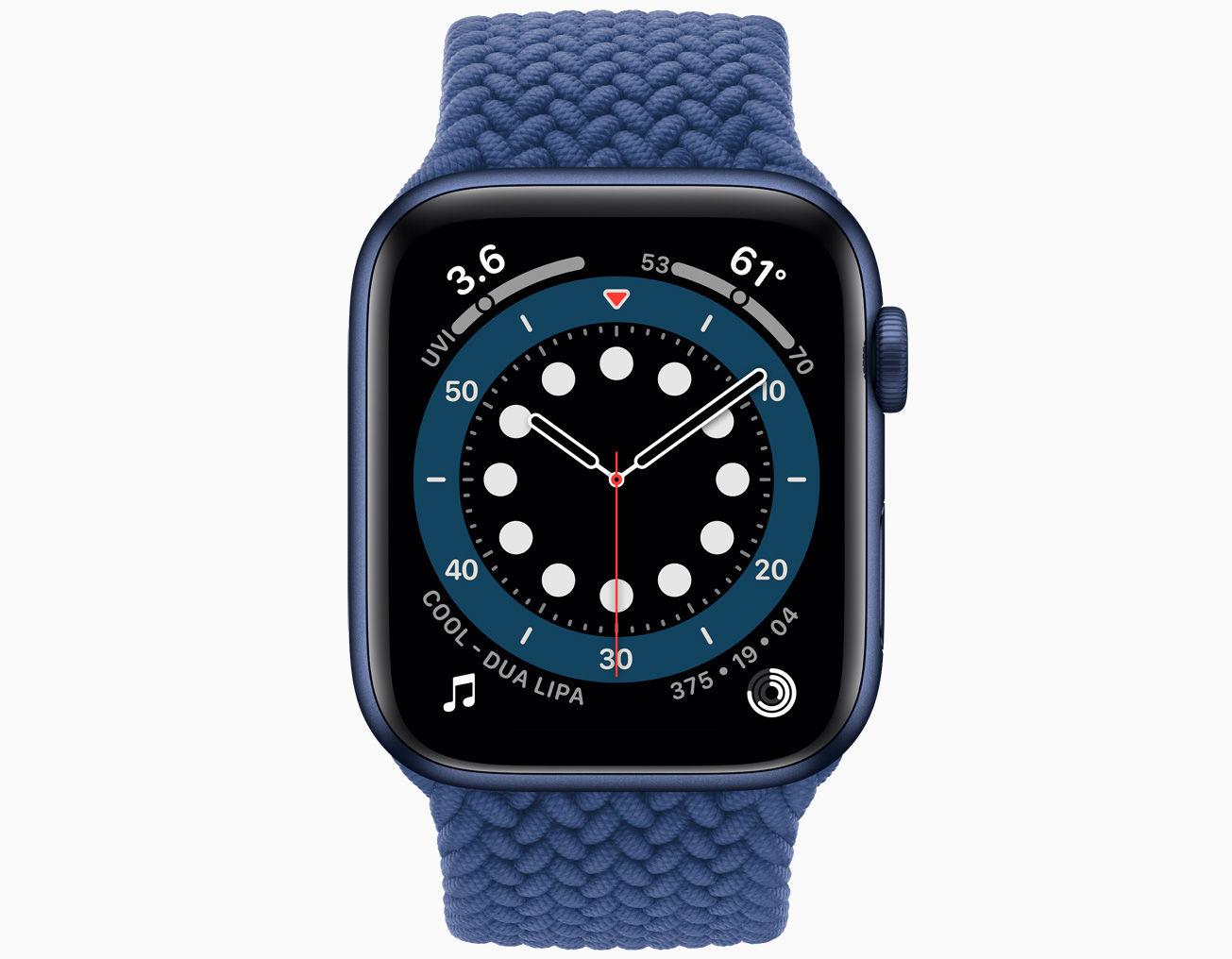 It’s fair to say we probably care more about how a watch looks on our wrist than we do about how our phone looks. Some people consider watches to be jewellery, others will want to make a fashion statement, either way a watch is quiet a personal item and for that reason Apple offers a range of combinations so that you can create the Apple Watch to suit you.

When it comes to the Apple Watch Series 6 there are three choices of case material: aluminium, Stainless Steel and titanium. The SE only offers aluminium. For each kind of material there are a variety of different finishes. So, for the aluminium version of the Series 6 there is a choice of silver, space grey, gold, blue and red, while the SE only offers silver, space grey, gold.

In addition to those colour choices, the Stainless Steel and titanium models offer choices of silver, graphite, gold, titanium and space black. Your choice of material will have an impact on the price of the Watch, but you might prefer a more hardy material than aluminium. In fact, the Stainless Steel and titanium models also offer a stronger kind of glass for the screen – sapphire crystal, rather than the Ion‑X glass that is the only option on the SE. Sapphire crystal stronger and scratch resistant and well suited to being warn on the wrist.

Your decision depends on a couple of factors. If you are looking for a watch that offers you the best in terms of health monitoring then the Apple Watch 6 is the one that will meet your requirements. But the fact that it doesn’t offer a lot more than the Watch 5 means that if you were able to get a Watch 5 at a discount then it would be a worthwhile purchase. Unless you really need the oxygen monitoring then there isn’t a significant reason to get the Watch 6.

If you are looking for a watch that offers a decent set of features and has the additional advantage of not requiring to be paired with an iPhone in order to be used – in other words, you want to get your child or a elderly person a watch and you are happy to pair it with your iPhone, then the Apple Watch SE would be a good option.

If you want a blue or red watch, then the Watch 6 is your only option. If you want your watch to be made from the more hardy steel or titanium, then you might want to opt for the Watch 6 (or consider purchasing an older version if you can find one available.)

If we were to pick one Watch in this head to head it would have to be the SE because it offers the most attractive features of the Series 6, while the features that it doesn’t share with its more expensive sibling won’t be as highly sought after. The blood oxygen monitoring would be good to have, for example, but it’s unlikely to be something that the majority of people desperately need.

If you are willing to consider the other Apple Watches then you might like to read our Apple Watch buying guide.

If you do want to buy an Apple Watch 6, the best deals right now will appear below: