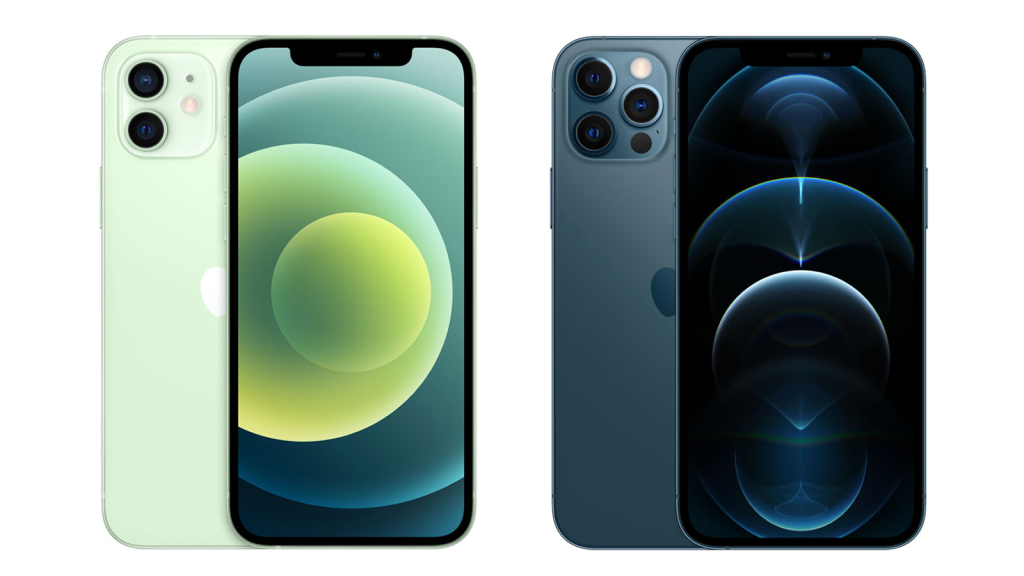 The iPhone 12 sports a lovely new design, great colours, and enhancements across the board. It’s more powerful thanks to the A14 Bionic chip, and the upgraded cameras will be a blessing to anyone who want to record life with incredible detail but very little fuss.  Because the 12 and 12 Pro share so many components, it really boils down to that extra camera in the latter. If photography is your priority, then buy the Pro, for anything else it’s the iPhone 12 all the way.

Apple unveiled its latest versions of the iPhone at its Hi, Speed event on 13 October. The range introduces the new iPhone 12 Mini along with the standard iPhone 12 and its Pro brethren. We take a look at the middle children in this expanding family, seeing how the iPhone 12 compares to the iPhone 12 Pro.

As you would expect, Apple offers the iPhone 12 in a few different storage configurations, which break down like this;

You can pre-order the iPhone 12 from 16 October, with a release date of 23 October.

It’s a similar story with the iPhone 12 Pro that can be had in one of the following flavours;

You can pre-order the iPhone 12 Pro from 16 October, with a release date of 23 October.

If you want a larger or smaller device, then there are the iPhone 12 Pro Max and the iPhone 12 Mini, both of which make their debuts on 13 November. We have details of the iPhone 12 mini here).

Following on from the success of the squarer edges of the iPad Pros and the new iPad Air, Apple has brought the more angular aesthetic to all new iPhone 12 models. In many ways, it’s reminiscent of the iPhone 5/5S and original SE, but the look is definitely modern. 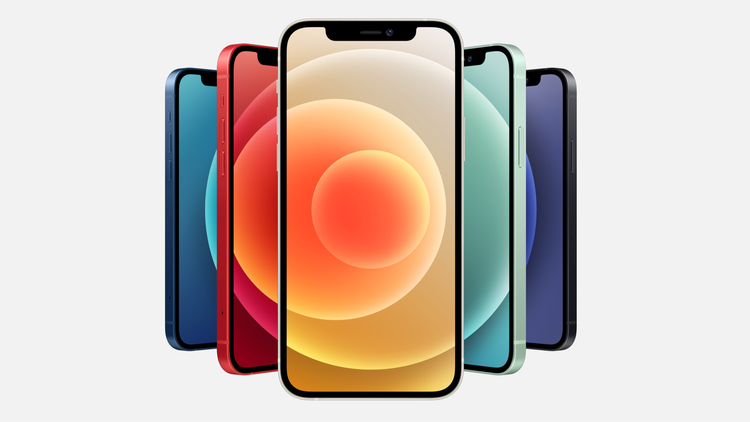 Colour has returned to Apple’s palette once more, with the iPhone 12 sporting five gorgeous liveries – White, Black, [Product] Red, Green, and Blue – rivalled by the more austere Graphite, Silver, Gold, and Pacific Blue of the Pro. 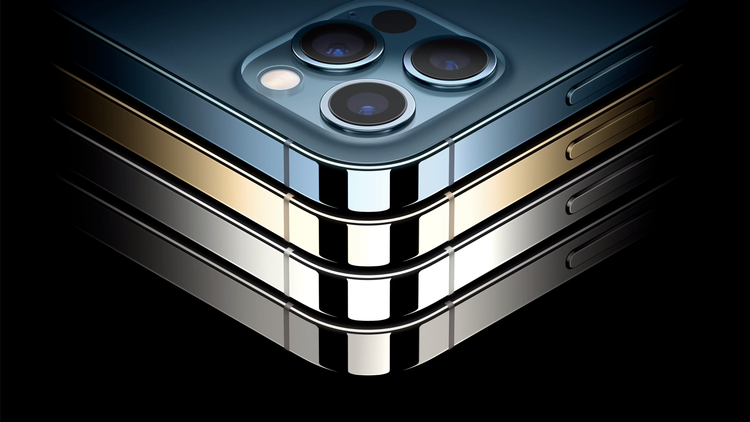 The iPhone 12 has an aluminium chassis while the Pro has a mixture of surgical-grade stainless steel and glass. The dimensions are smaller than each of their predecessors, but both retain 6.1in displays, resplendent on Super Retina XDR panels.

Part of the secret for the reduction is that the 5G antenna components have been built into the band around the chassis, hopefully with better success than the iPhone 4 that resulted in the ‘you’re holding it wrong’ controversy.

There are still notches at the top of either display due to the Face ID cameras, but Apple has upgraded the glass to a new Ceramic Shield material that it boasts has four times the drop performance on the previous iPhone models. 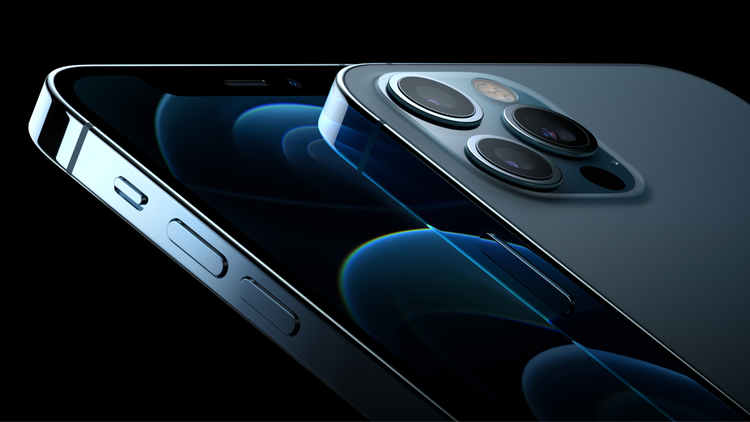 The iPhone 12 comes with dual cameras on the rear, an ultra-wide and wide compliment, while the Pro gets an additional telephoto lens. More on those later on.

One interesting addition is the return of MagSafe. Now, this was only on Macs before for holding the chargers in place, but now it’s built into the back panel of all the iPhone 12 models for a similar application. The new feature allows the magnetic attachment of wireless chargers so that you won’t return later to find that the device wasn’t sitting quite right and still has a flat battery. 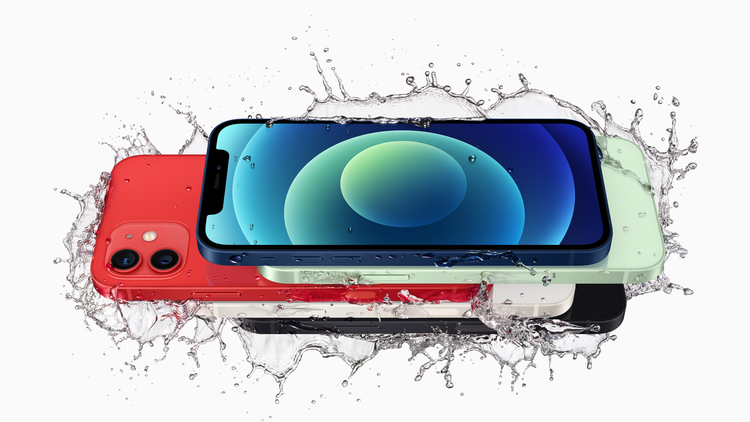 Waterproofing has been upgraded to an IP68 rating, meaning the devices can survive being submerged to depths of six metres for up to thirty minutes. Finally, the charging ports on both devices remain Lightning rather than bringing it into line with the iPad Pros, iPad Air, and all new MacBooks that use USB-C. Scratching our heads on that one, have to admit.

Apple has put the introduction of 5G connectivity as the headline feature across the iPhone 12 range. It brings increased speed on LTE connections, saving you from using potentially unsafe public Wi-Fi when out and about (if we do that anymore), plus the ability to play online games with low latency, and download movies, TV shows and music in a fraction of the time it would have taken on 4G LTE. In ideal conditions, Apple boasts that the new models can reach speeds of 3.5 gigabits per second. Not too shabby.

The company also asserts that the iPhone 12 models have more 5G bands than other smartphones, and employ Smart Data Mode to automatically switch between 5G and 4G LTE depending on what you’re doing and how fast you need the connection to be. 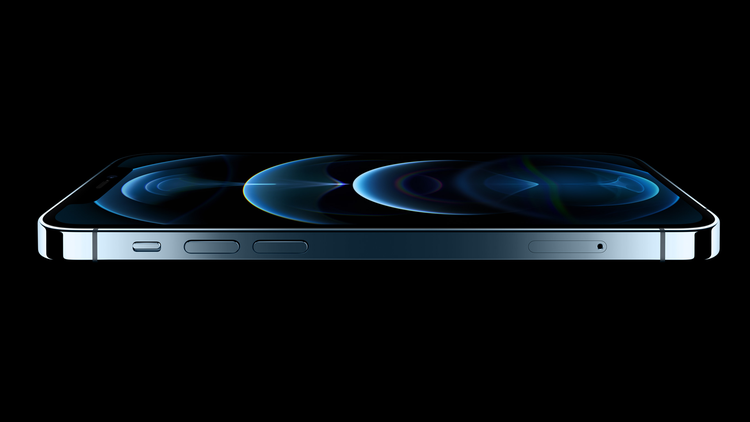 Both have HDR, True Tone, Wide Colour display P3, Haptic Touch, but the Pro has a max brightness of 800 nits, while the iPhone 12 has 625, although both can reach 1,200 nits for HDR playback.

As expected, Apple includes the A14 Bionic processor across the range, calling it the ‘fastest chip ever in a smartphone’. It’s the first chip Apple has deployed on the 5nm process technology, which again aids the size reduction of the devices. During the launch presentation, Apple made some huge claims about speed and performance of the chip in relation to others on the market, with GPU speeds up to 50% faster than everything else, but we’ll need to test that before accepting some frankly mental looking gains.

iPhone 12 users will have to settle for a dual-camera arrangement rather than the triple on the Pro models, but we think the Wide and Ultra Wide combination will be more than enough for most people. There’s also Smart HDR 3 which brings increased control over detail, contrast and noise reduction, plus a new Night Mode for after-hours photography and Night Mode Time-Lapse for arty video creations. 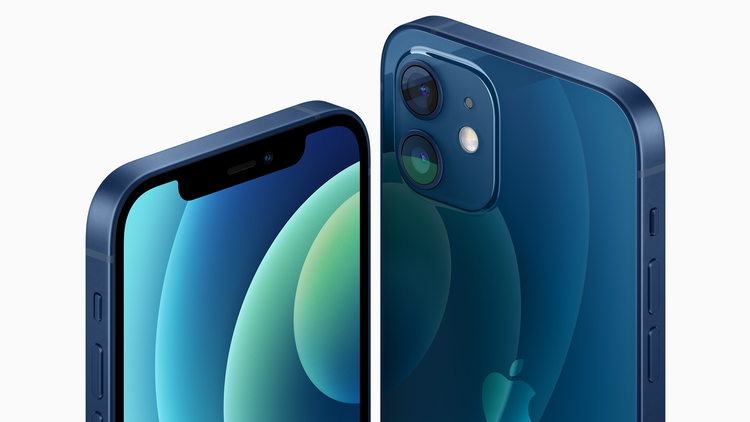 If you can’t live without a Telephoto lens, then the iPhone 12 Pro brings that to the party, alongside advanced Optical Image Stabilisation that moves the sensor rather than the lens. Deep Fusion image processing brings, well, Pro level detail to photos and editing, while the upcoming Apple ProRAW will be of great interest to serious photographers who desire the highest level of control over their images.

HDR video recording also appears for the first time on iPhone, with 10-bit HDR, and Apple also revealed that the 12 Pro is the first smartphone that can record Dolby Vision HDR running at 4K and 60fps. Oh, and the engineers also threw in a LiDAR scanner to create depth-maps of your surroundings for use with AR software and Night Mode portrait photography.

Here’s a breakdown of the technical specs for both devices;

The new design for the iPhone 12 range is a subtle refinement that is very welcome. Add to this the A14 Bionic chip, the Ceramic Shield display and improved waterproofing, means the devices are not only pretty but powerful and robust. The iPhone 12 will be more than enough for the majority of people, but if you want that extra camera and the software enhancements that go with it, then it could be worth spending the extra money.