Skip to content
Home / Mac / Reviews
Computerworld
At a Glance

Yes. Without doubt. Apple has the right approach with its M1 powered devices. The power goes up, but the price doesn’t. In fact, with the Mac Mini the cost of entry has actually gone down by $100/$100, which is a welcome sight in these challenging times. More for less, and all while experiencing the future of Mac technology? This one is about as close as it gets to a no-brainer. Intel is the congested city streets, while M1 is the open road.

Apple has a launched several new Macs that feature its own M1 processor – or more strictly a System on a Chip (SoC) – that promises to deliver a huge performance boost over the Intel chips that were previously used. There’s the MacBook Air (M1), MacBook Pro (M1) and desktops get in on the action with the Mac mini (M1). We take a look at the latter to see how it compares the Intel Mac mini it replaces – and whether it’s good enough to usurp the Intel Mac mini that remains.

The new Mac mini (M1) was unveiled at Apple’s One More Thing event on 10 November. Surprisingly, the new devices also came with a price cut, possibly due to the fact that Apple no longer needs to buy its processors from Intel. Here’s how the new range shapes up:

This is in contrast to the previous models, which were as follows:

If you want to buy the 3.0GHz 6-core Mac mini you still can, we have the best deals below:

Of the older models, only the Core i5 variant survives the arrival of the M1 machines, but by using the build-to-order on the Apple store you can increase the RAM to a massive 64GB and storage to a 2TB SSD, although it will cost you a small fortune to do so. Interestingly, the new Mac mini M1 models max out at 16GB of RAM but that’s due to the Unified Memory Architecture used by the M1 which we look at below. A 2TB SSD is still available as an upgrade option.

It is possible to buy the Mac mini (M1) now, with delivery estimated to take around a week right now (this may improve). You can buy them directly from the Apple Store as well as most consumer electronics retailers.

The Mac mini design has seen little in the way of tweaks in recent iterations. It still remains, on the M1 and Intel models, a slim aluminium box with 197mm x 197mm x 36mm dimensions, although the new versions return to the Silver livery that has adorned most of the mini Macs, with the Intel models identifiable with their Space Grey colouring. 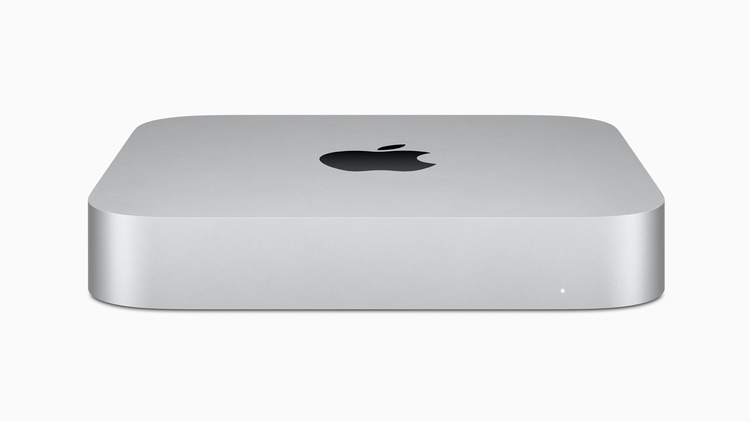 As with all minis, the ports are housed at the back edge of the devices, with the new ones slimming down the apertures to include two Thunderbolt / USB 4 ports, as opposed to the four Thunderbolt 3 / USB-C on the Intel machines. Other than that, it’s the same configuration of two USB-A, a HDMI 2.0, Gigabit Ethernet and a 3.5mm headphone jack, with a single speaker for audio.

As you’ve probably already guessed, most of the changes Apple has made with the new models are found inside the diminutive chassis. Without doubt, the major one is the new brains that the company is betting will power the Mac into its next era.

The M1 SoC is Apple’s first desktop-class silicon, and if the claims the company is making turn out to be true then it’s a pretty big deal. By designing a custom-chip, Apple has finally completed the long-term plan to be in control of all the major components in its Macs. This enables it to optimise the system to take full advantage of macOS, with the new Big Sur release tailored to get the most out of the M1.

So, how does it compare to the Intel Core processors in the previous models? According to Apple’s own tests, the new M1 can deliver up to three times the CPU performance and six times faster graphics than the quad-core Intel 3.6GHz Core i3 that came on the previous baseline Mac mini. This isn’t entirely surprising when you consider that the M1 has double the cores, split between four high performance and four high efficiency. Plus, it comes with an eight-core GPU to blast through those numbers and provide impressive graphics with smoother animations. Read more: Apple’s M1 – is it really ‘3X as fast’? 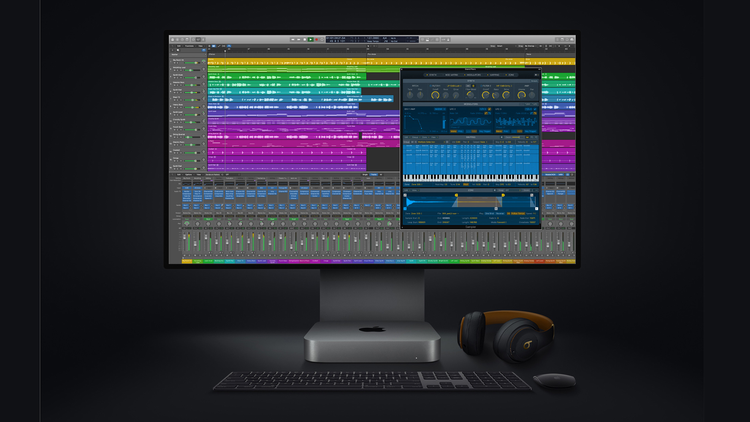 The remaining Intel powered Mac mini you can still buy from Apple does come with a six-core 3.0GHz Intel Core i5 chip, which should give the M1 a bit more competition, but we’d have to get them both in the lab to really see how they compare. But, the Intel model costs £400/$400 more than the M1 model, which is quite a dent in anyone’s wallet.

It’s worth noting early benchmarks for the MacBook Air are promising though. We compare the new M1 MacBook Air vs the Intel version elsewhere.

One area that’s new is that the M1 also incorporates DRAM into the SoC rather than using the normal external chips favoured by Intel processors. Apple claims that this stops the need to copy data between ‘multiple pools of memory’, dramatically improving performance. We’ve yet to test this properly, but look forward to seeing how quick the new hardware really will be. 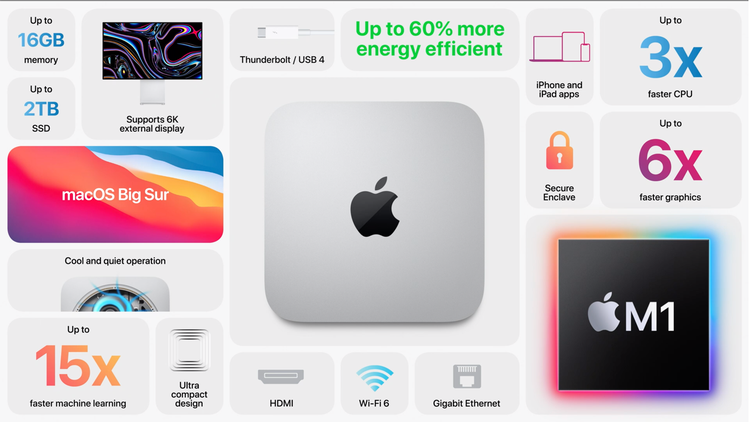 Apple seems very proud of its new silicon, and you can read about all the factors that make up the processor in our guide to how good is Apple M1’s chip?

While both Mac mini variants will run the latest version of macOS, Big Sur, it seems Apple has designed the new operating system very much with the M1 in mind. The tight integration and optimisation mean that the M1 minis will wake from sleep almost instantaneously, launch apps faster, and deal with demanding tasks on Logic Pro, Final Cut Pro and even gaming titles much quicker than before.

While Apple has updated all its apps to run on M1, there will be a delay for important titles like Adobe Photoshop and others that need to upgrade their software to the new Universal App platform that provides versions compatible with both M1 and Intel Macs. So, if you rely on non-Apple software packages it would be worth checking when the universal app will be ready to run on the new hardware, to prevent you getting stuck with a very pretty but hobbled Mac mini experience.

Aside from the elements above, the new Macs do come with a few small upgrades to the system. Connectivity sees the M1 models moving up to WiFi 6 rather than WiFi 5 on the Intel machines, and the newer minis can support a 6K external display and 4K display simultaneously, while the Intel minis still offer a respectable 5K and 4K capability.

Here’s a breakdown of the specs for two types of Mac mini;

Apple is pushing the capabilities of the M1 chip very hard, and if it matches up to the claims then these new Mac minis will be formidable machines. After honing its processor skill on the A series chips in the iPhone and iPads, it looks like the company has finally got things in place to take the Mac forward into the next decade and beyond.

For less than £700/$700 you can now get a Mac that is fast, graphically strong, and about as futureproof as modern technology can ever be. The Intel minis were good for holding the line, but the M1s are now the way ahead.