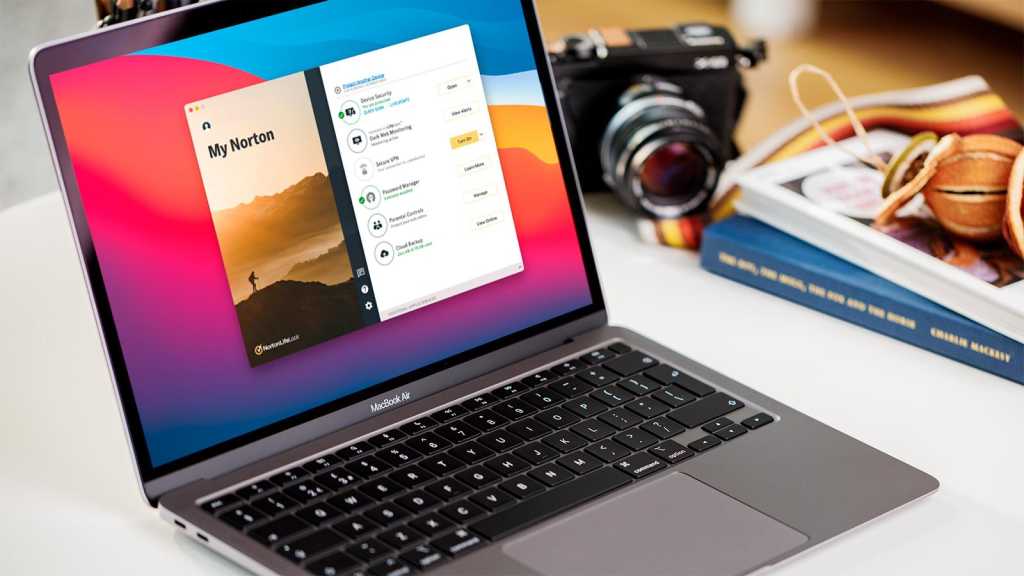 Norton 360 Deluxe provides effective protection against unwanted software behaviour, and it offers some useful additional features that help make general Mac life easier. The Mac version can’t use the cloud storage on offer, but at least it doesn’t affect performance for day-to-day work.

Norton is one of the oldest software utility names in the Mac world and a big name in software security, so we looked at Norton 360 Deluxe with great interest.

Installation was made easy thanks to a well-designed setup process that walks users through the various permissions required for the software to do its job.

Norton 360 is designed to be simple and largely automatic, once it’s been set up with the necessary system access.

The heart of the Norton 360 suite of features is Device Security. This provides automatic background and on-demand protection against unwanted, uninvited and possibly malicious software, from spyware and browser hacks to more sinister threats.

On top of this, there’s a VPN and a firewall for securing your Internet traffic, Dark Web monitoring for identity data leaks, and the Norton Password Manager utility. This also helps manage wallet data for autofill payments, addresses, notes and favourites.

Most of these are things that macOS does already, but the clear interface makes it very easy to understand. On top of all these is a duplicate and junk file detection feature. This is a nice extra trick that can reclaim surprisingly large amounts of space from a well-used Mac.

There was one disappointment, and this was the Cloud Backup feature listed in the main My Norton window. It says there is 50GB of backup storage available (75GB with Premium), but this only works on Windows PCs.

Both of the Norton 360 support staff we contacted (on separate occasions) told us it was because macOS ‘blocks third-party backup.’ This is not the case of course, but whatever the reason, despite the button in the interface, Norton 360’s Cloud Backup is not part of the feature set for Mac users.

If you do own a Windows laptop or PC, you can use this benefit, as well as all the other security tools as one of the 5 licenses that 360 Deluxe offers.

In use Norton 360 proved to be very efficient at spotting unwanted and potentially risky software, from browser search engine hack scripts to actual trojans.

There are a number of different scan options: automatic as you work with files, scheduled scans, scans when things are idle, and the user-initiated Quick Scan (checking certain areas), Full Scan (all your Mac and optionally external volumes as well), and the more targeted File Scan for checking specific files and folders on demand.

Curiously, all of these recommend and default to checking inside file archives, but none of our collection of unwanted items was detected while inside their respective zip archives. However, this proved to be not a big concern as, thanks to the Automatic Scan feature, they were detected and cleaned automatically as we unzipped them.

Like the findings reported by AV-Test.org, we noticed little to no impact on performance in normal daily use, which is a big point in Norton 360’s favour. We occasionally found websites that Norton warned were known to be unsafe, blocking access unless told otherwise. This was handled well and we couldn’t fault its judgement.

Norton 360 is available in Standard, Deluxe and Premium editions. The core Norton 360 protection features do a good job, but as mentioned, the cloud backup benefits are missing from the Mac edition.

This means Dark Web Monitoring, Parental Control and School Time, and licenses for up to five devices (for the Deluxe edition) or ten devices (for Premium) are what you get if you go beyond the Standard edition.

Those are potentially useful features, but are they worth the price difference? We think the main advantage of the Deluxe or Premium editions is protecting more than one device as part of your subscription; if that’s not needed, consider Norton 360 Standard instead.

As with most security software field introductory deals give big savings on the first year, but the ongoing prices are also important to know.

For alternatives, read our roundup of the best antivirus software for Macs.