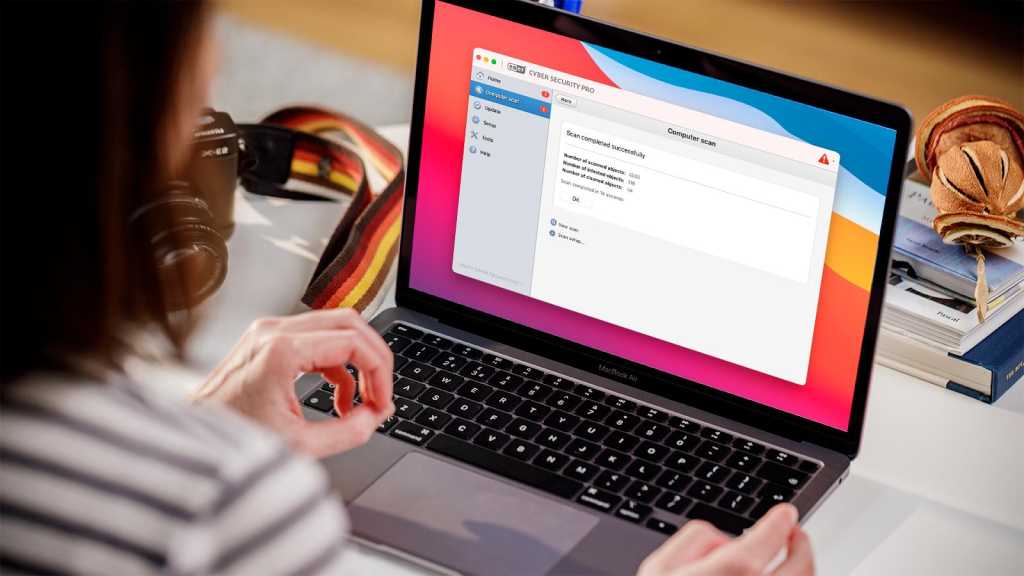 Cyber Security Pro provides good protection as far as unwanted software and malware is concerned, but you don’t get many other features such as a VPN or ID protection and the ‘parental controls’ are really only web filters.

Eset Cyber Security Pro is a utility dedicated to keeping your Mac safe and secure from unwanted software activity. Unlike Cyber Security (the non-Pro version) a Pro license can also be used on computers running Windows or Linux and on Android smartphones,  not just Macs, but you’ll still need to buy the appropriate number of licenses to cover the computers you need to protect.

Eset doesn’t offer an iOS app, which you could say is a respectable decision since ‘antivirus’ apps for iPhones don’t actually have an antivirus function. However, they could provide other security protection such as warnings of phishing attempts.

But here, we’re mainly concerned with macOS protection and Cyber Security Pro watches for ranges from browser hijack scripts and spyware to the lesser-known, but potentially destructive world of actual malware for Macs.

As well as watching the files on your Mac and any connected devices for known ‘bad actor’ software and activity, there are tools for filtering network traffic, monitoring email and web access, and protecting against data-harvesting phishing attempts.

Note that there’s no VPN here and no ID protection which you’ll find elsewhere, such as Norton 360 Deluxe.

Also, Eset’s range of preferences is impressively comprehensive unlike those from competitors such as Avira Prime, Norton 360, MacKeeper and others. If you’re interested in a good selection of fine-tuning and behaviour customisation options, this will make you happy. The options are organised in a manner clearly based on the Mac’s System Preferences interface and are easy to go through despite the large number of options. 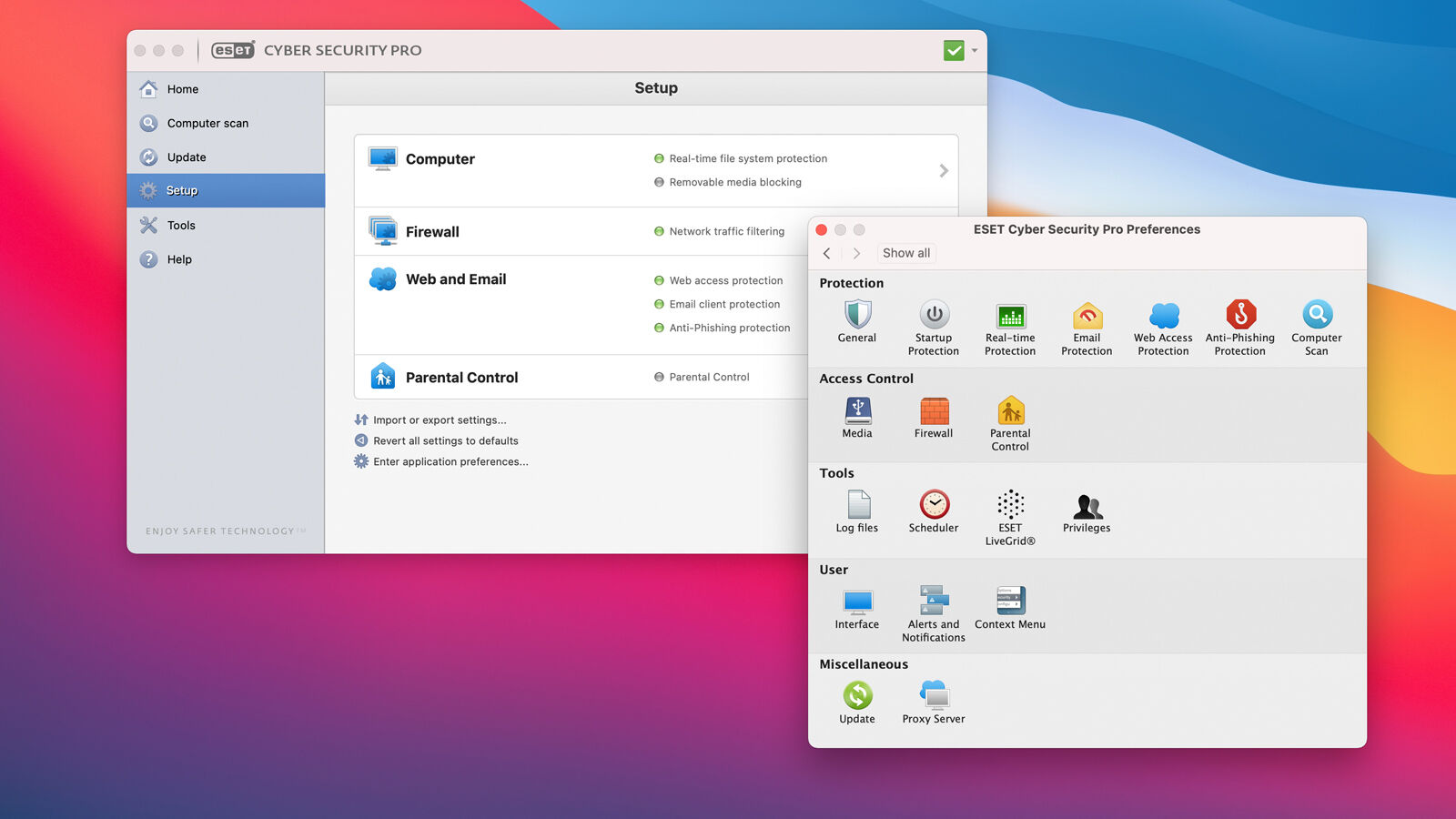 The Parental Control options will only be of interest to some. There are three profile levels offered: parent, teenager and child, with different categories of websites set as allowed or prohibited for each of these. 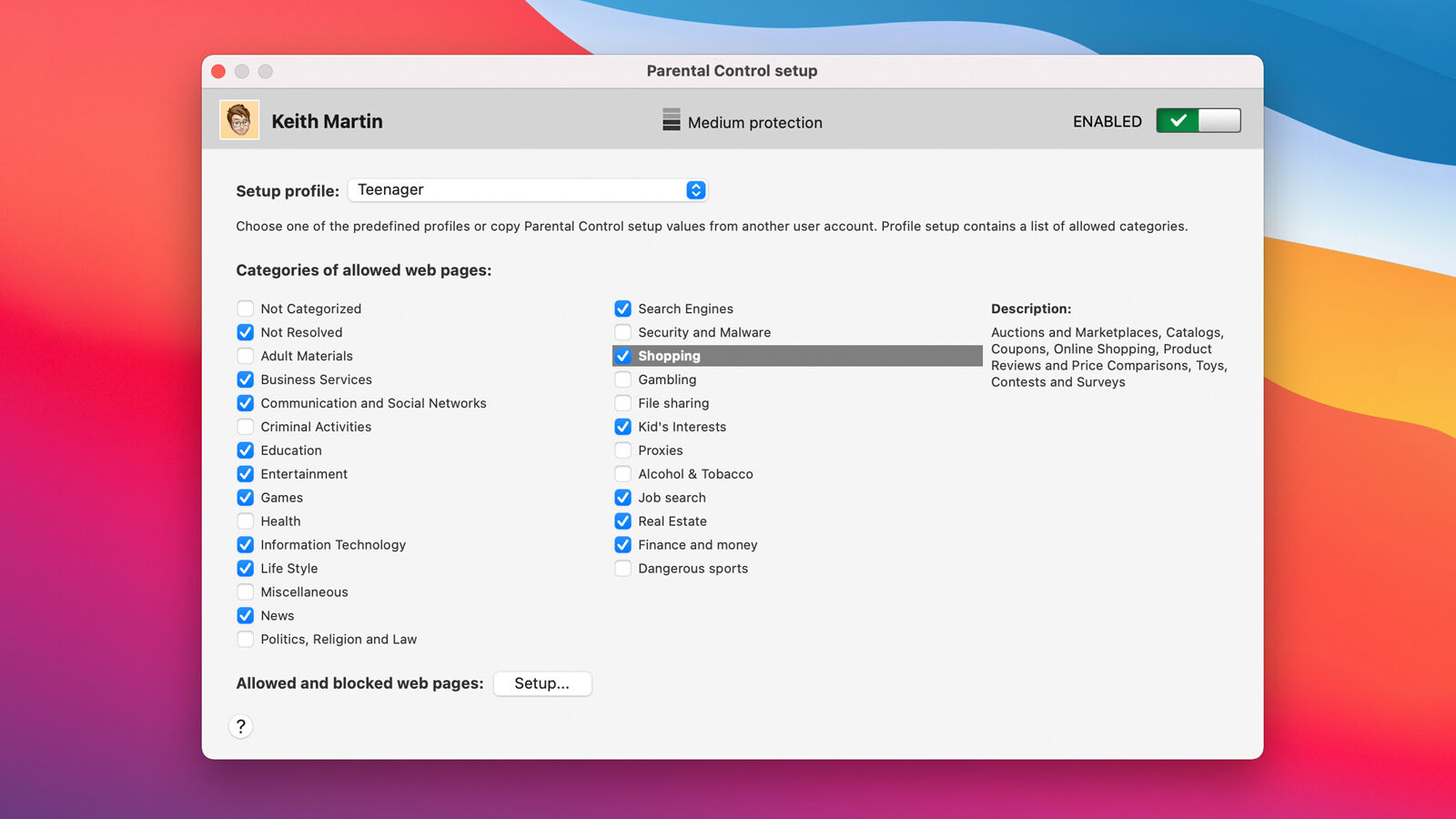 You do get a few extra features in the Windows version ( reviewed) such as Gamer mode.

The scanning process can be launched manually as a Smart Scan process which looks through your Mac for any potential problems. If you want to check a specific location there’s a Custom Scan option which can look in specific locations and also run as an In-depth Scan.

By default the Smart Scan process looks in self-extracting archives as well as regular files, but not into archives such as zips. The In-depth Scan option does examine these as standard, although Smart Scan can have this option turned on if you wish. 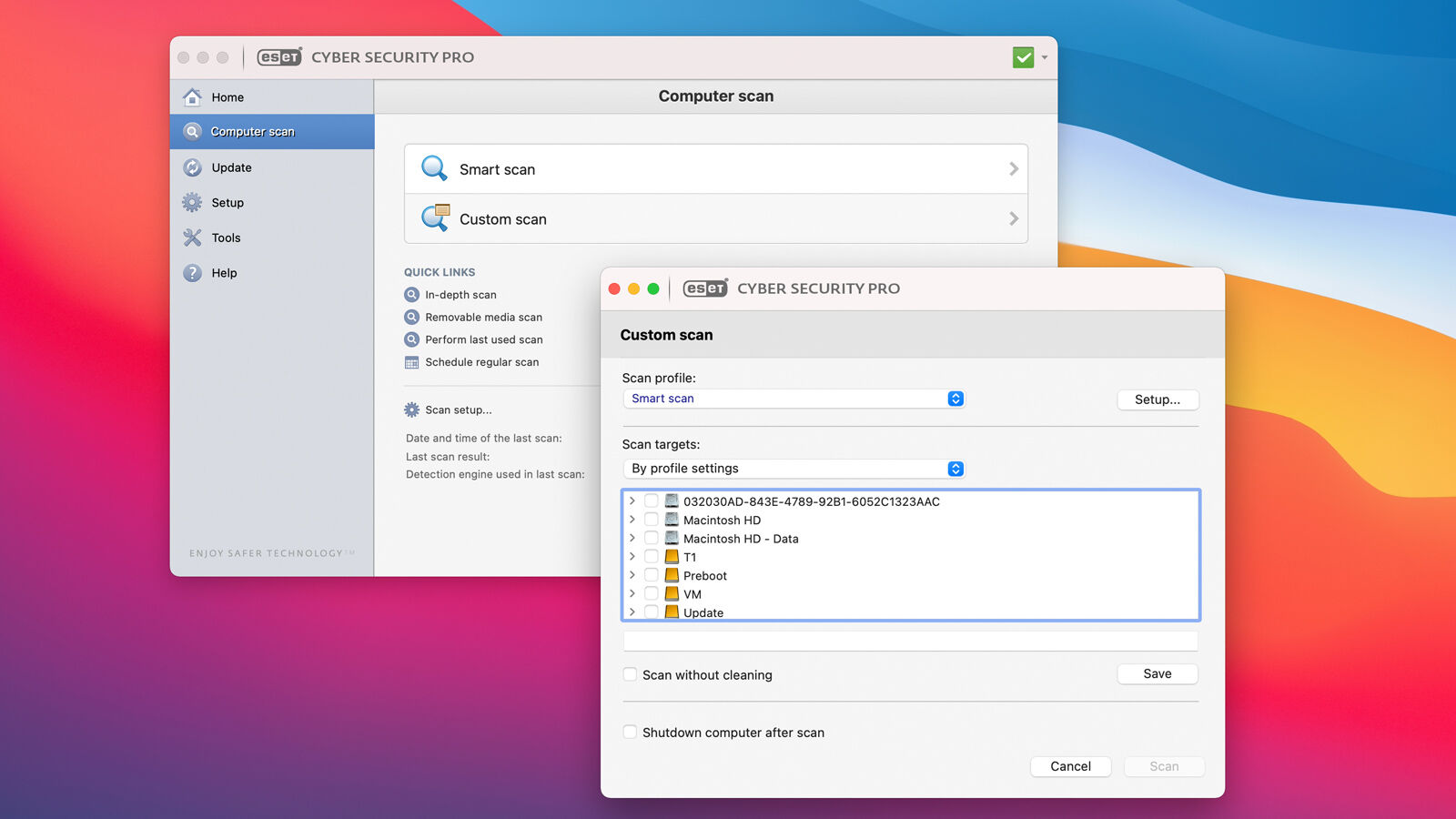 Alongside this, the real-time file system protection feature spends idle time watching every available storage medium and checks files as they are created, opened and run.

There was some impact of the real-time protection on day-to-day work – there was a slight speed impact on copying files, launching applications and so on – but this was mostly minor.

Running large software updates with automated downloads and file patching did lead to noticeable pauses and high CPU usage by Eset background processes, but most of the time it was well behaved. If necessary, limiting the real-time protection’s activities is possible, although of course this would make it less effective.

Eset Cyber Security Pro costs a reasonable £39.99/US$49.99 per year for a single device license.

That’s not too bad, but more devices can be added to the account; a five-device license costs £59.99/$89.99 per year. There’s no introductory offer (which means no subsequent price jump) but there are discounts for two or three-year subscriptions.

So the more devices you need to protect, and the longer you’re willing to sign up for, the cheaper Eset becomes.

The simpler Cyber Security product (not the Pro version) is around 25% cheaper but it lacks some features including firewall, network monitoring, browsing and email scanning and the parental control features. Pro is better value, we think.

See alternatives in our roundup of the best antivirus software for Mac.

Eset Cyber Security Pro is an effective safeguarding tool with a firewall, phishing protection and parental controls as well as fully customisable settings for its core unwanted software monitoring features.

We did find there was some impact on day-to-day work performance, but this was mostly very minor. There are versions for macOS, Windows, Linux and Android, but sadly nothing for iOS. That won’t be a concern for everyone but it’s worth noting.