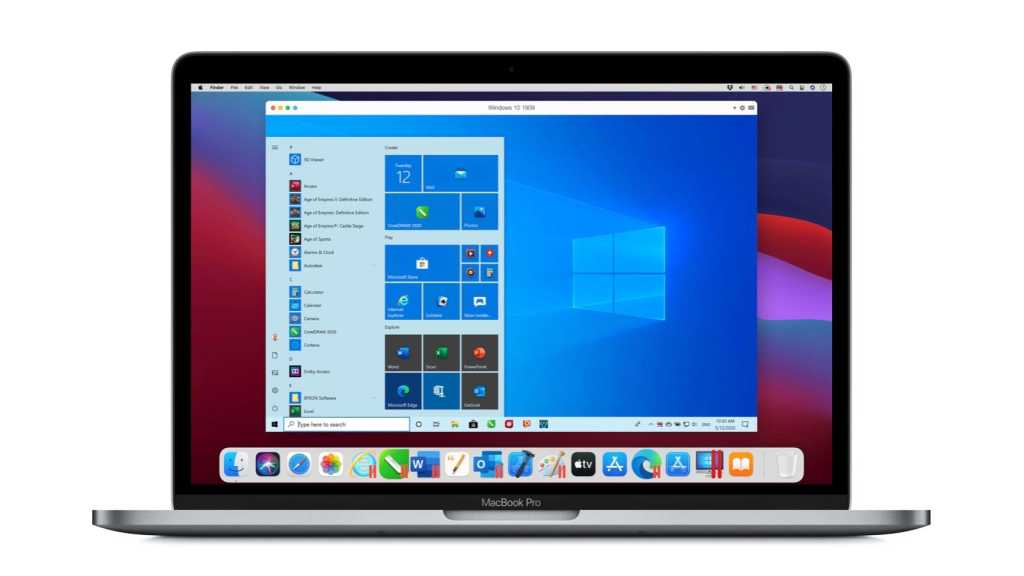 With its lower pricing, and with few signs of life from VMWare’s rival Fusion, Parallels Desktop remains one of the best options for Mac users – especially M1 users – who need to run Windows software on their Mac.

It’s also possible to run Monterey as both the host – the primary operating system on your Mac – and as a guest virtual machine (VM), which means that you can test Monterey as a VM before deciding whether to fully install it onto your Mac. Windows 11 has quite high system requirements – including the need for a special security chip known as TPM 2.0 – but Parallels 17 includes a virtual TPM chip that will work with Windows 11 and its BitLocker data encryption features.

Good performance is vital when running Windows or Linux in a VM on your Mac, so Parallels Desktop 17 includes a new display driver that improves 2D graphics performance by around 25%, providing smoother graphics for the Windows interface in a VM, as well as better performance when playing video or 2D games (so you can play all those Windows-only platform games and rogue-likes that are all the rage at the moment).

There are improvements when running 3D graphics that use OpenGL as well, although Parallels is rather vague here, saying “up to 6X faster”, depending on individual applications.

There was a rare mid-year update to Parallels Desktop 16.5 a few months ago, to provide compatibility with new Macs equipped with Apple’s home-grown M1 processors, but version 17 fine-tunes that compatibility to provide better performance for M1 Macs, including 28% faster 3D graphics when using Microsoft’s DirectX 11 software (which is widely used in Windows games, while OpenGL tends to be used in a variety of professional graphics and design tools).

There are, however, some limitations for new M1 Macs. You can only run Parallels on an M1 Mac that has Monterey or Big Sur as its primary (host) operating system, and you can only run guest virtual machines with Windows 10 or 11, or macOS Monterey.

In contrast, existing Intel Macs can run most versions of the macOS as virtual machines, as well as older versions of Windows going right back to Windows XP. And, as M1 Macs can no longer use Boot Camp to install Windows on your Mac, you can’t use a Boot Camp installation to create a virtual machine either. 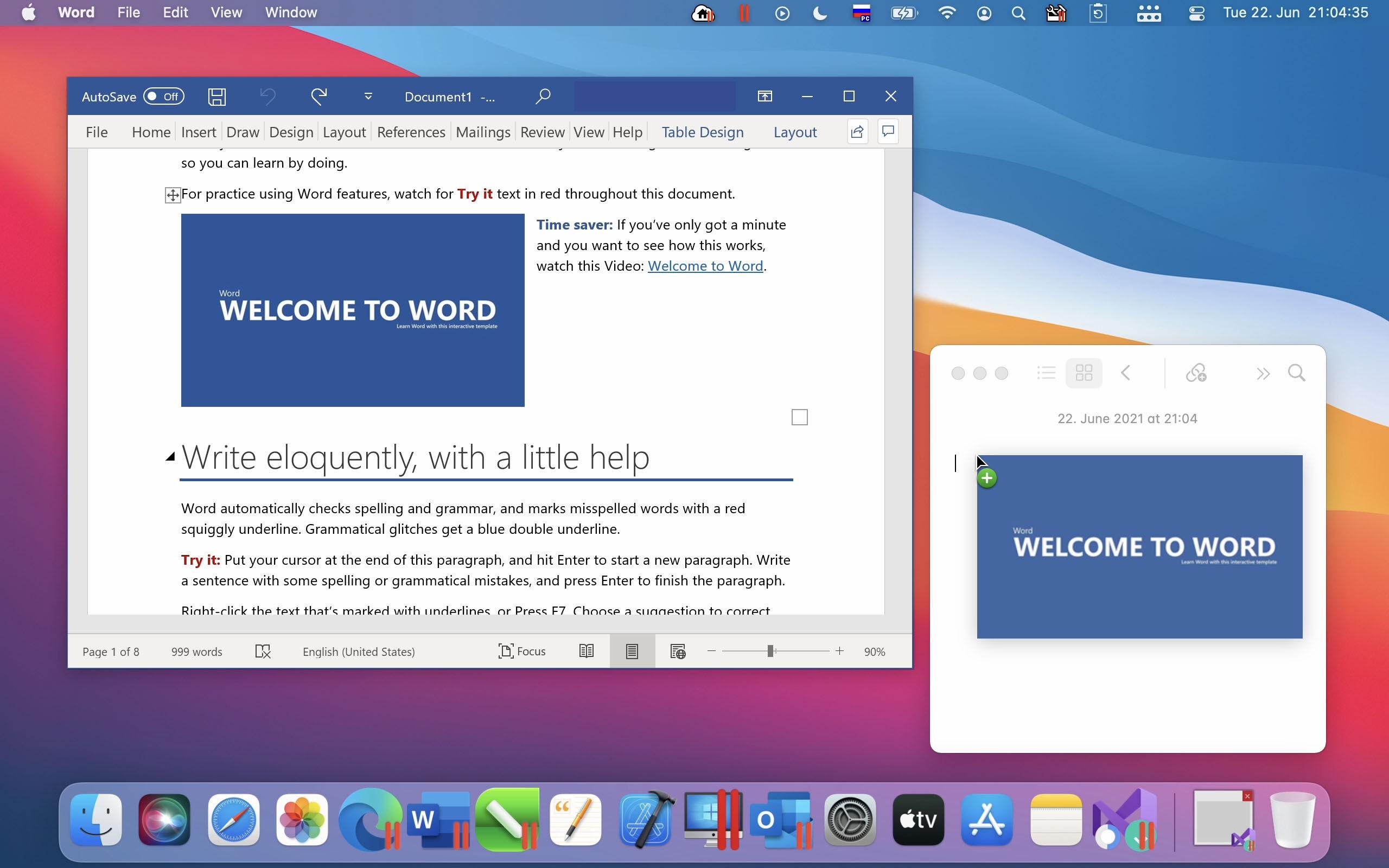 One really useful feature of Parallels Desktop is the ability to copy and paste text and graphics between Windows and Mac apps. Version 17 improves that ability, now allowing you to paste unformatted text into Windows apps, and you can even copy text and graphics from Windows applications into the new Quick Notes that are part of Monterey.

There are quite a few behind-the-scenes improvements that can help you to manage multiple virtual machines. I’ve got about six VMs on my iMac’s hard drive, running different versions of both Windows and the macOS, so these new features are really useful.

As always, you can specify how many of your Mac’s processor cores and how much of its memory is allocated to each VM. However, that can be a little confusing for new users who aren’t familiar with virtualization technology, so Parallels 17 now includes an Automatic Resource Manager that can monitor your VMs in order to determine how much memory and processor power is required for the apps that you’re running, and then automatically allocate the required resources for you.

I also have a tendency to create a lot of snapshots, which store different versions of my Windows VMs with different apps installed on them. These snapshots can take up a lot of space, so there’s an improved Disk Space Assistant, which shows how much disk space is taken up by all your snapshots and allows you to quickly delete any that you don’t need.

It’s also worth remembering that Parallels Desktop allows you to run other operating systems as well, with version 17 now supporting multi-channel sound and smoother resizing of VM windows when running Ubuntu, Debian and other versions of Linux. Your Linux VMs can also now run in full-screen mode on external displays too.

As with previous versions, Parallels Desktop 17 is available in three separate editions. The company recommends the standard edition of Parallels Desktop for home users and students, which contains all the features mentioned above. That’s what I use when I need to check out Windows apps every now and then, and it works really well, providing good performance even on my aging office iMac.

However, there’s also a Pro edition that is designed for more advanced users, developers and IT professionals. This now includes an updated plug-in for Microsoft Visual Studio and the ability to convert cloned virtual machines into self-contained machines that run independently of their original parent.

There’s also the Business Edition, which is designed for larger businesses and other organisations that may have lots of Parallels users. This includes the additional features of the Pro Edition, along with the ability to now create and distribute pre-configured virtual machines that can run on both Intel and M1 Macs.

The pricing situation is a little complicated, though. You can buy the standard edition of Parallels Desktop with a perpetual license – which requires a flat fee of £79.99, although you will need pay for any future upgrades that you require. Alternatively, you can subscribe to the standard edition for £69.99 per year, and that price includes all future upgrades. The Pro Edition and Business Edition are only available as annual subscriptions, costing £79.99 per year.

Of course, anyone that needs to occasionally run Windows on their Mac would have been interested in the recent launch of Microsoft’s Windows 365, which provides you with a cloud PC – a kind of virtual machine stored up on a server in the cloud – and then streams the desktop of the ‘cloud PC’ to your Mac via your Internet connection.

However, Windows 365 is currently only aimed at large businesses and organisations, and is considerably more expensive than Parallels Desktop, with prices ranging from £31.68 to £67.44 per month, so with its lower pricing, and with few signs of life from VMWare’s rival Fusion, Parallels Desktop remains one of the best options for Mac users – especially M1 users – who need to run Windows software on their Mac.