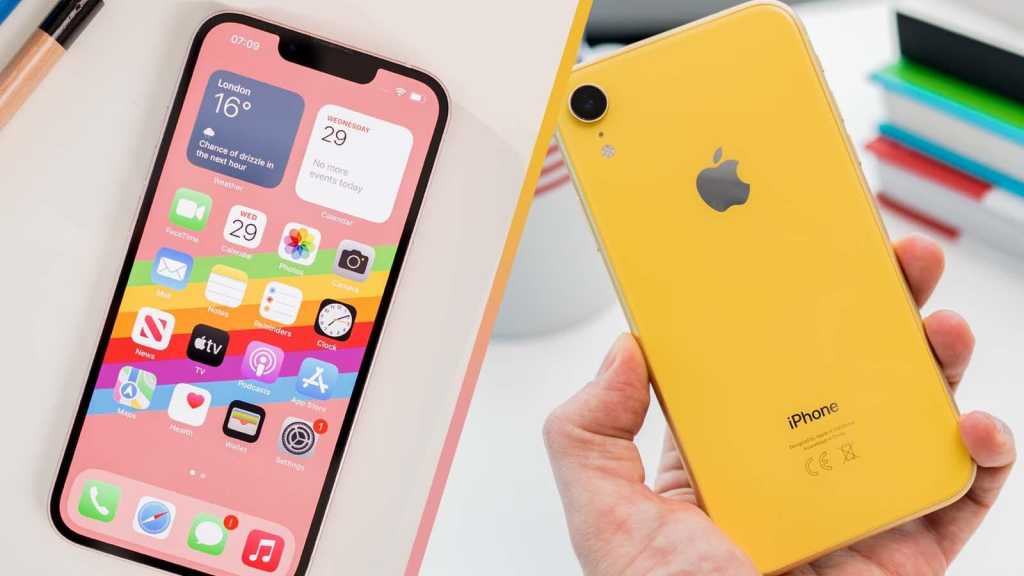 If you’re happy with the iPhone XR, then sticking with it for another year will save you some money during these tricky times and you won’t lose out on too much. But, if you’re a photographer, budding film-maker, or just want to get a faster device, the iPhone 13 would make a significant upgrade.

Apple has released the iPhone 13 range, complete with new cinematic and photography modes, plus the usual spec bump that accompanies the yearly arrivals. This opens up the question for owners of older models such as the iPhone XR of whether you should upgrade or not? We take a look at how the two compare and if your money would be well spent on the newer device.

While the two devices are reasonably similar in size and shape, there are some significant differences. The iPhone 13 is a more compact frame and weighs 20g less than the older model. It might not sound much but think about the amount of time you spend holding your device on a daily basis. That lighter heft may well prove a welcome blessing for your hands and wrists, especially if you prefer to use a sturdy case to protect your iPhones. 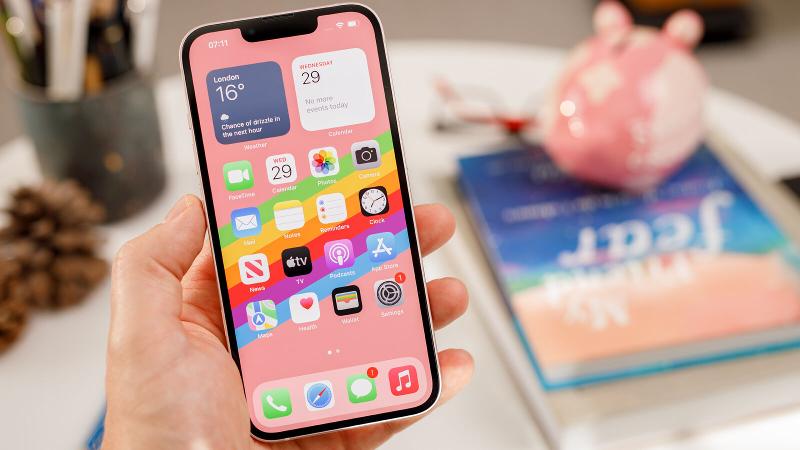 Here’s how the two line up in terms of size:

The designs are also different, with the newer model featuring squared off edges reminiscent of the iPhone 4 and 5 eras, while the iPhone XR has a rounder shape that’s closer to the iPhone 6, 7 and 8 chassis. 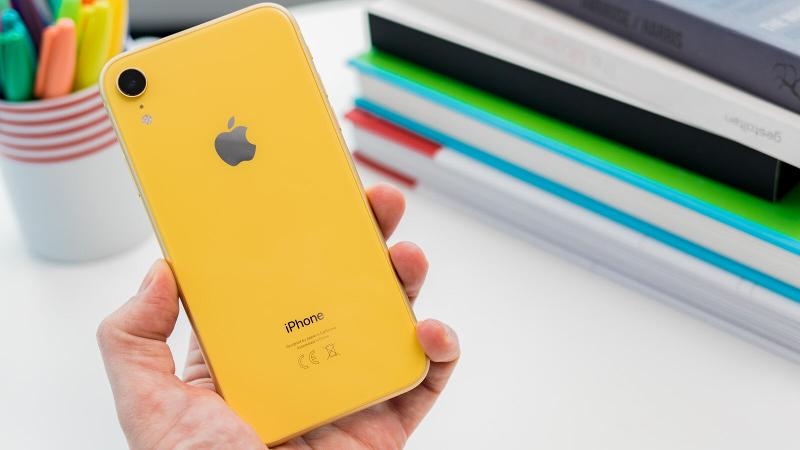 Apple added a higher level of protection against water in the iPhone 13, with an IP68 rating that means it can survive being submerged to depths of six metres for up to half an hour, while the IP67 rating on the iPhone XR restricting the depth to one metre.

Both feature 6.1in displays, but the iPhone 13 has a ceramic shield rather than the glass on the older variant, which should increase its resistance to drops and scratches.

You’ll find the same basic appointments are shared though, with a Lightning port for charging, Side button and volume controls, plus Face ID (and thus the notch) for unlocking the device.

Flipping them over reveals a major difference in the cameras, which we’ll cover in depth below, but the most obvious thing is that the iPhone XR has one while the iPhone 13 has two.

The two models may have many similarities on the outside, but with nearly three years between their release dates, Apple has obviously given its newer creation a few more modern appointments. Here are the main things to consider when deciding whether to upgrade or not.

As mentioned earlier, a 6.1in display adorns both models, but they are not the same. The Super Retina XDR panel on the iPhone 13 is OLED, whereas the iPhone XR has an LCD screen, so you’ll see better colours and contrasts, aided by also being HDR for richer rendering of images. It’s also brighter, sharper (460ppi as opposed to 326ppi on the iPhone XR), and tougher thanks to the ceramic shield. 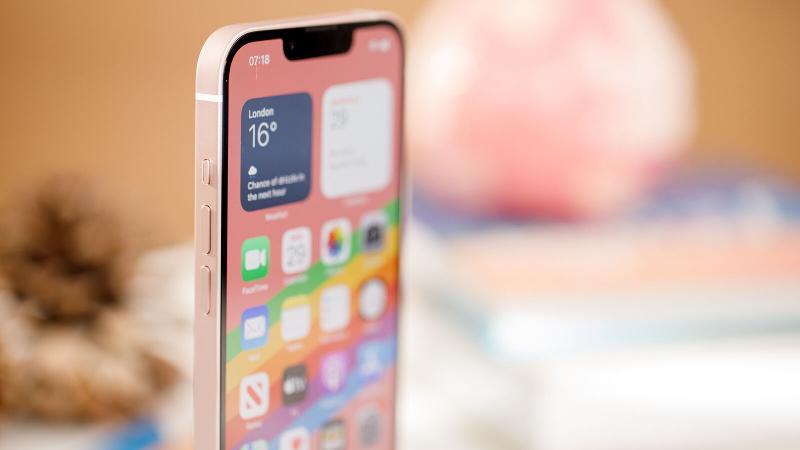 If you’re a little underwhelmed by the iPhone XR display, are just wish it had some of the pop and sharpness of other devices you may have seen, then the step up to the iPhone 13 will be instantly noticeable.

Apple calls the A15 the ‘fastest chip ever in a smartphone’, so you can be sure that not only does it outstrip the ageing A12 Bionic in terms of performance, but guarantees that the iPhone 13 will receive several more iOS upgrades than the older chip. (Although, for now, there is a level playing field with both iPhone XR and iPhone 13 running iOS 15).

The A15 Bionic also unlocks some pretty impressive video and photography capabilities, so if that is an area that interests you, then moving to the newer device could be a revelation.

Apple doubled the storage allocations with the iPhone 13 range too, so rather than the 64GB and 128GB options that came with the iPhone XR, you get 128GB, 256GB and 512GB instead. There’s also more internal memory, with the 3GB in the XR being increased to 4GB in the 13. That again will help future-proof the latter against the demands the software will make in the years ahead.

The single camera in the iPhone XR is fine for capturing nice still-images and video up to 4K at 60fps. So, if you’re content with those options then you’ll probably be happy to stick with the iPhone XR. But there are some big improvements in the iPhone 13 that does make it a compelling device for people who want to take photography and videography a bit more seriously. 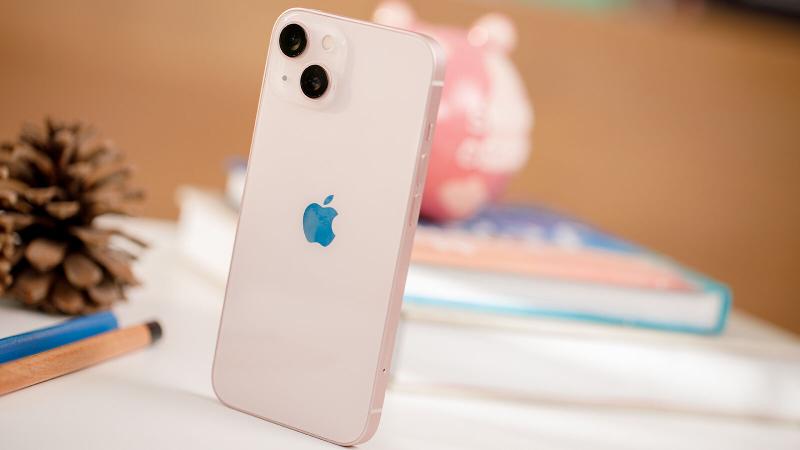 Obviously, the dual cameras are a significant upgrade. While the iPhone XR makes do with a 12MP Wide (f/1.8) lens, the iPhone 13 carries a 12MP Wide (f/1.6) and 12MP Ultra Wide (f/2.4). This opens up plenty of options for images, with the Ultra Wide allowing you to capture much more of a scene without the need to keep walking backwards.

They also combine with the A15 Bionic chip to offer Night mode, three additional portrait modes, Smart HDR 4, and the new Photographic modes which allow you to apply live filters to your images but preserve skins tones for a more natural result.

The tentpole feature though is reserved for video. Apple introduced its new Cinematic mode with the iPhone 13, which gives you the ability to use a shallow depth of field to pull focus (change the point of focus from near to far or vice versa) in a shot. It’s the same technique regularly used in TV and movie production and gives your footage a professional look.  The mode is also clever enough to let you do all this even after you’ve recorded the video, allowing you to focus on concentrate on capturing the scenes you want, then fix them in post-production.

Again, if this isn’t something that floats your boat, then you’ll no doubt be happy with the iPhone XR. But, if you fancy making some cool-looking short films, then the iPhone 13 has some excellent possibilities inside.

The iPhone 13 brings with it a few other upgrades in terms of connectivity. You can use 5G LTE with the device, as well as connect to Wi-Fi 6 compatible networks. Both offer faster speeds than the 4G and Wi-Fi 5 capabilities of the iPhone XR, but only if you live in areas with 5G or have a Wi-Fi 6 router. 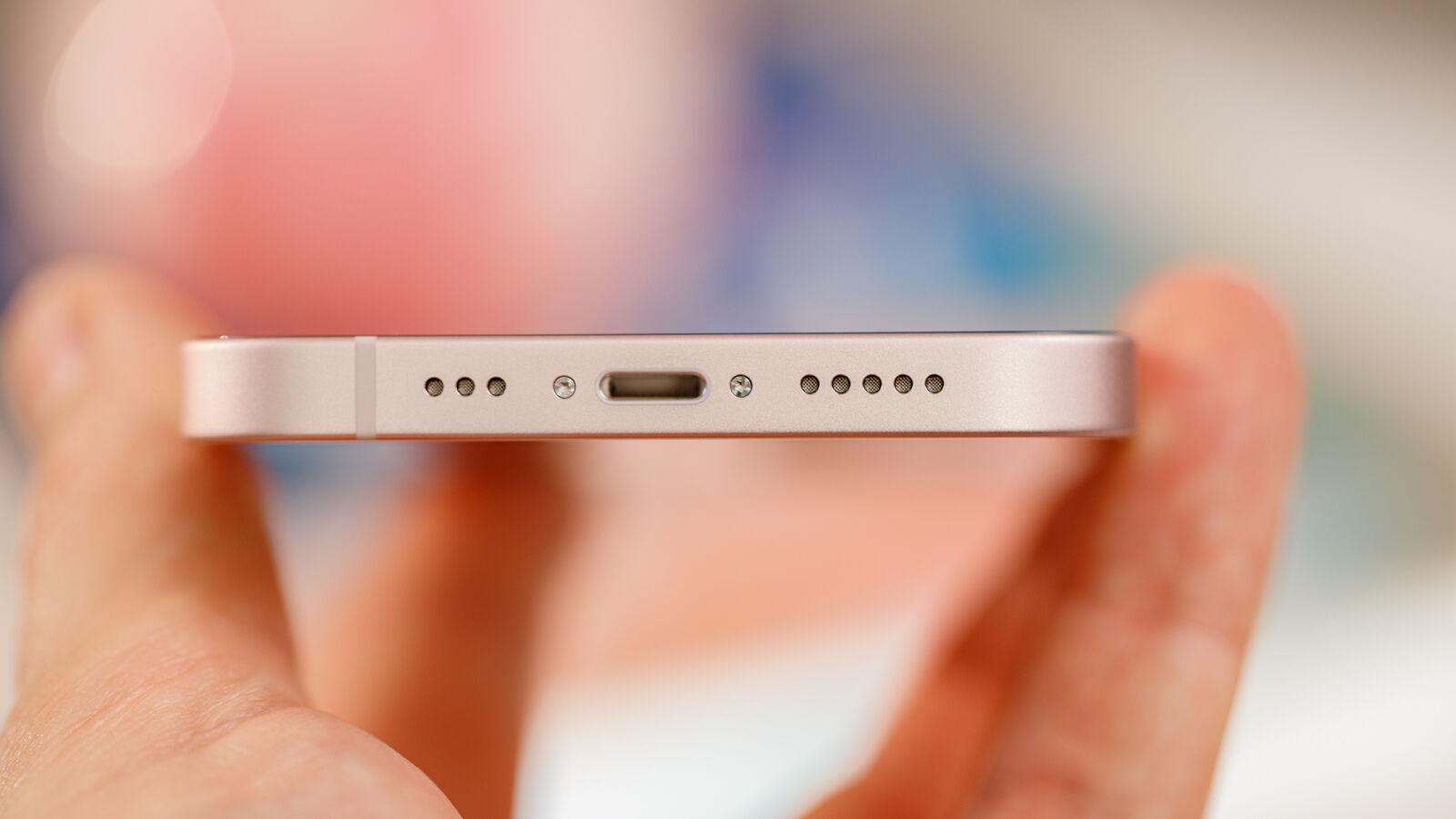 For a full breakdown of the differences between the two devices, here’s a list of their technical specifications.

You can run iOS 15 on either device, although some features, such as Cinematic Mode and Photographic Mode, are restricted to newer models such as the iPhone 13. Apple does a good job of keeping its iPhones on the latest versions of iOS for years, but obviously the iPhone 13 will last a bit longer than its already three-year old sibling.

You can see more details in which iOS 15 features will work on your iPhone?

With the iPhone 13 being only recently released, the prices are somewhat higher than those of the iPhone XR. There’s also the added complication that Apple has now retired the latter, so you’ll only be able to pick it up from third-party seller or refurbished. If there is a good deal you will see it below:

Of course, if you’re reading this because you’re considering upgrading from the iPhone XR, then here’s what you’ll need to pay for the newer model:

Those looking for the older device can check our iPhone XR deals to see what’s on offer.

The iPhone 13 is a much better device than the iPhone XR, but as with any tech purchase you need to ask yourself what you want it to do? If you already have the iPhone XR and find it to be an enjoyable experience, then you can always save yourself a whole bunch of cash by holding onto it for another year or so and see what the iPhone 14 brings.

But, those who want a faster iPhone, with a much wider choice of photographic options, not to mention Cinematic mode for video, then the iPhone 13 is the best choice for an upgrade, especially if you live in an area that supports 5G.