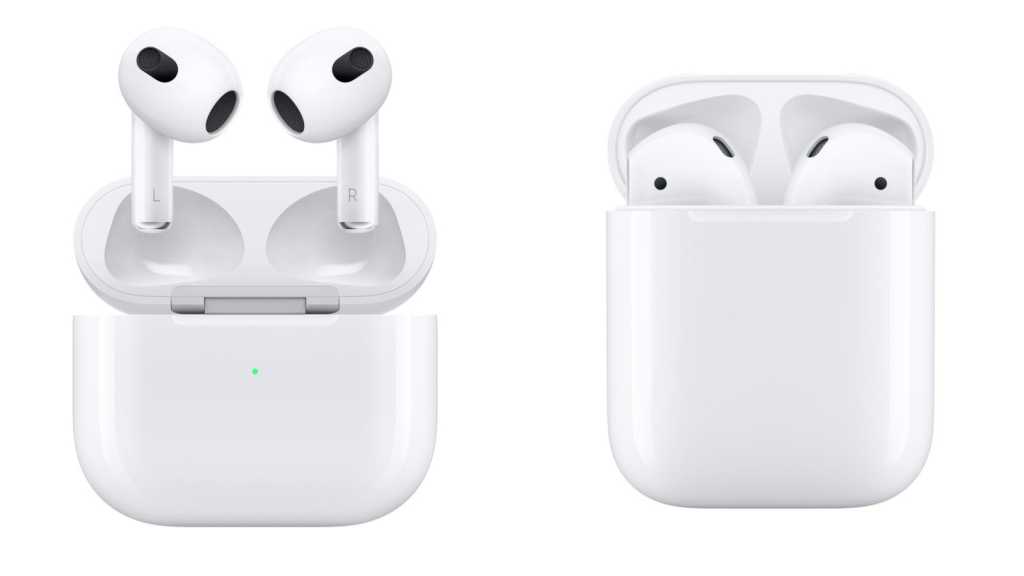 The AirPods 3 offer a lot of added value: longer battery life, improved sound and Spatial Audio. The higher price is worth it.

Last night, and after more than two and a half years of waiting, Apple finally announced the launch of the third-gen AirPods.

Many of the upgrades in the new earbuds were leaked in advance, but there were a couple of surprises: one is that, contrary to expectations, Apple is keeping the second-gen AirPods in its product portfolio and continuing to sell them alongside the new models. The AirPods 3 may be best viewed, in fact, as a sort of midway point between the entry-level AirPods 2 and the costlier AirPods Pro.

In this comparison review we’re going to focus on the two cheaper options in Apple’s earbud stable. Are the new AirPods 3 worth the extra £50/$50, or should you save money and pick up the AirPod 2 from 2019?

Once you’ve made your decision, check our roundup of the best AirPods deals for the lowest price on every model.

Prices & where to buy

Here are the prices of Apple’s AirPods line-up, as of October 2021:

You’ll find the lowest prices on the 2nd-gen AirPods in our automated table (Prices for the 3rd-gen are at the top of this article):

Leaked images of the new AirPods 3 have been circulating for months, and it was no surprise when Apple revealed that their design is close to that of the AirPods Pro: shorter stems, contoured shape, even the charging case looks like the one you get with the Pros. Only the silicone ear tips failed to make the expected trip from standard to Pro AirPods. 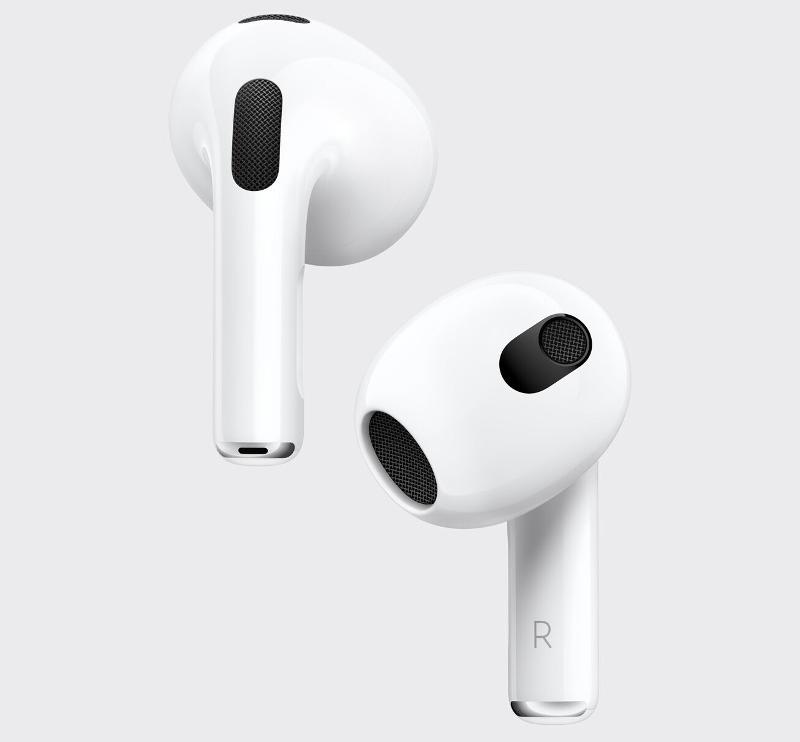 The AirPods 2, meanwhile, have slightly longer stems and headphones, shaped like the normal EarPods. 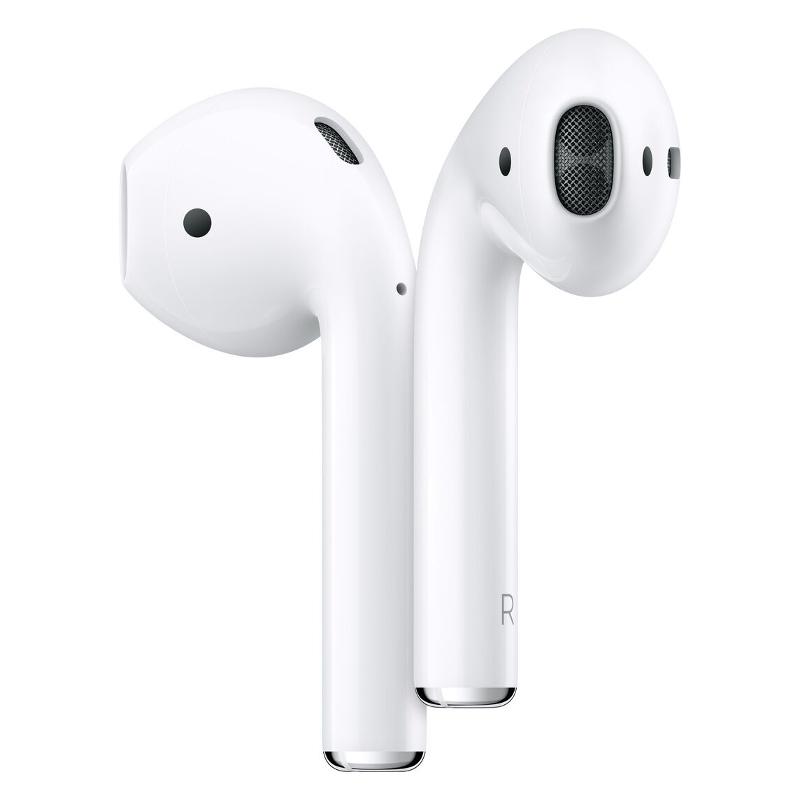 The AirPods 3 may be popular among users whose original AirPods were too small and constantly fell out of their ears, yet who find the AirPods Pro too expensive.

One of the biggest steps forward in the AirPods 3 is in battery performance. Somehow, Apple has managed to coax improved longevity from the battery in a smaller earbud: the AirPods 3 offer better (claimed) battery life than both the AirPods 2 and AirPods Pro!

We will of course have to test this out, but Apple very rarely exaggerates itself in such areas, and it’s an impressive claim.

The new earbuds can last up to six hours on one charge, compared to five hours for the previous model. In addition, the AirPods 3 are good for up to four hours of phone calls, compared to three for the AirPods 2. 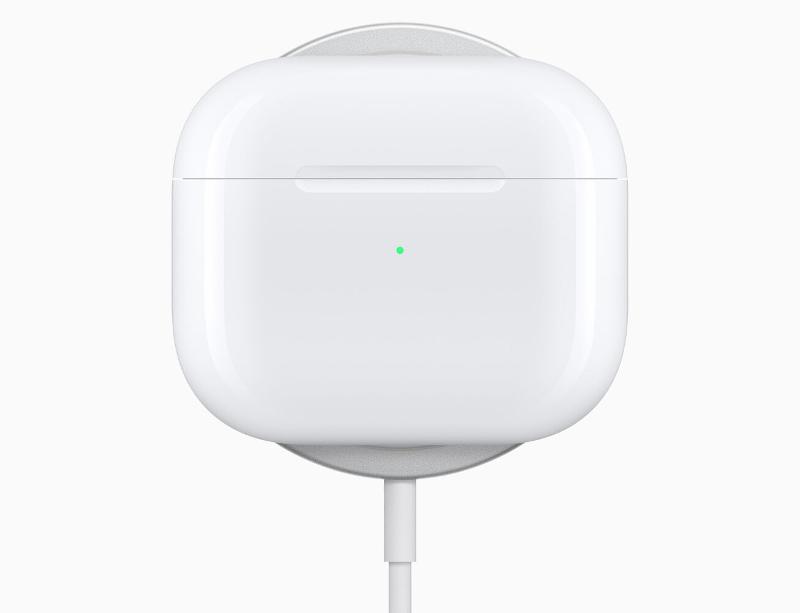 The MagSafe charging case that comes with the AirPods 3.

The much more robust battery alone makes the extra £50/$50 for the new generation of AirPods worthwhile.

Battery performance stats are interesting, but in reality you buy wireless headphones for the music.

The AirPods 3 also surpass their predecessor in the audio department: the new devices support the 3D Spatial Audio tech from Apple, and the manufacturer has also built in new technologies so that adaptive EQ, better bass and greater dynamic range are possible. We’re already curious to listen to the new earbuds, but it’s fairly safe to assume that the AirPods 3 will sound significantly better than the AirPods 2.

The AirPods 3 are now splash- and water-resistant, with an IP rating of IPX4: that means you can use them without hesitation during sports and in the rain. (But not fully underwater.)

Thanks to a new sensor, which incidentally is also not found in the AirPods Pro, the AirPods 3 can distinguish significantly more gestures on the stem than their predecessor. In addition to the standard double-tap, there are also single-tap, triple-tap and press-and-hold.

The third generation has also been given an additional inward-facing microphone, which is probably crucial for adaptive EQ.

For only £50/$50 more, the AirPods 3 offer a lot of added value: in addition to significantly longer battery life, the sound has improved and Apple’s new mid-range headphones can even provide Spatial Audio. The higher price is definitely worth it.