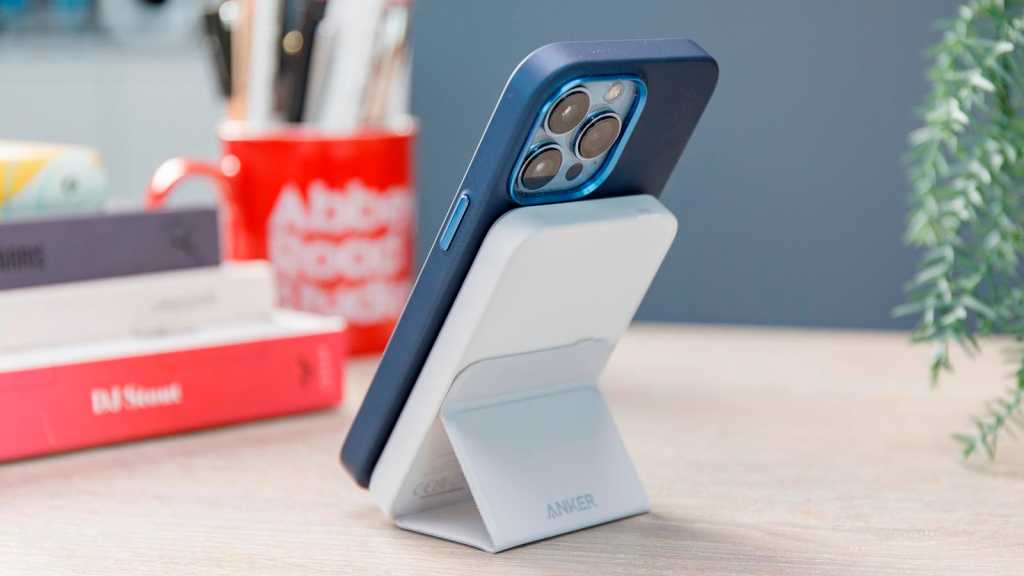 The Anker MagGo 622 Magnetic Battery (for iPhone 12/13 series) is cheaper than the Apple MagSafe Battery Pack, has a larger battery capacity and is available in multiple colours.

With its iPhone 12/13 MagSafe technology, Apple has abandoned its old Smart Battery Case for a magnetic battery pack, and thankfully, given Apple’s premium prices, there are some great alternatives available.

Anker is a long-time provider of quality mobile power solutions, and its Anker MagGo 622 Magnetic Battery is a fine rival to Apple’s own MagSafe Battery Pack.

Apple’s Battery Pack comes in white only, which is not so great if you want your battery pack to blend with your non-white phone.

The 622 weighs 146g (on its own an iPhone 12 weighs 162g; an 13 Pro weighs 204g) and will easily slip into a trouser pocket. We’d have appreciated a travel pouch or case to protect it if stored in a bag, but generic covers can be found elsewhere.

In comparison, the Apple MagSafe Battery Pack is lighter at 115g.

The pack’s magnetic attachment is strong, and, in our tests, held on to the phone even when being pulled out of tight pockets. If you fear it falling off, you might be better served with a proper battery case, which would also offer greater protection for the phone.

We highly recommend you keep your precious phone in a protective case.

Of course, you can buy a MagSafe-friendly case for your iPhone 12 or 13 (all models) so that the phone is protected in a fall or from bangs and scrapes, and any marked as working with MagSafe will allow you to attach the battery pack so your phone is protected and ready to charge. See Best MagSafe Accessories for iPhone.

We love that the Anker 622 comes with its own built-in fold-out stand, which with MagSafe’s pulling power will hold your iPhone securely in either portrait/vertical or landscape/horizontal mode. 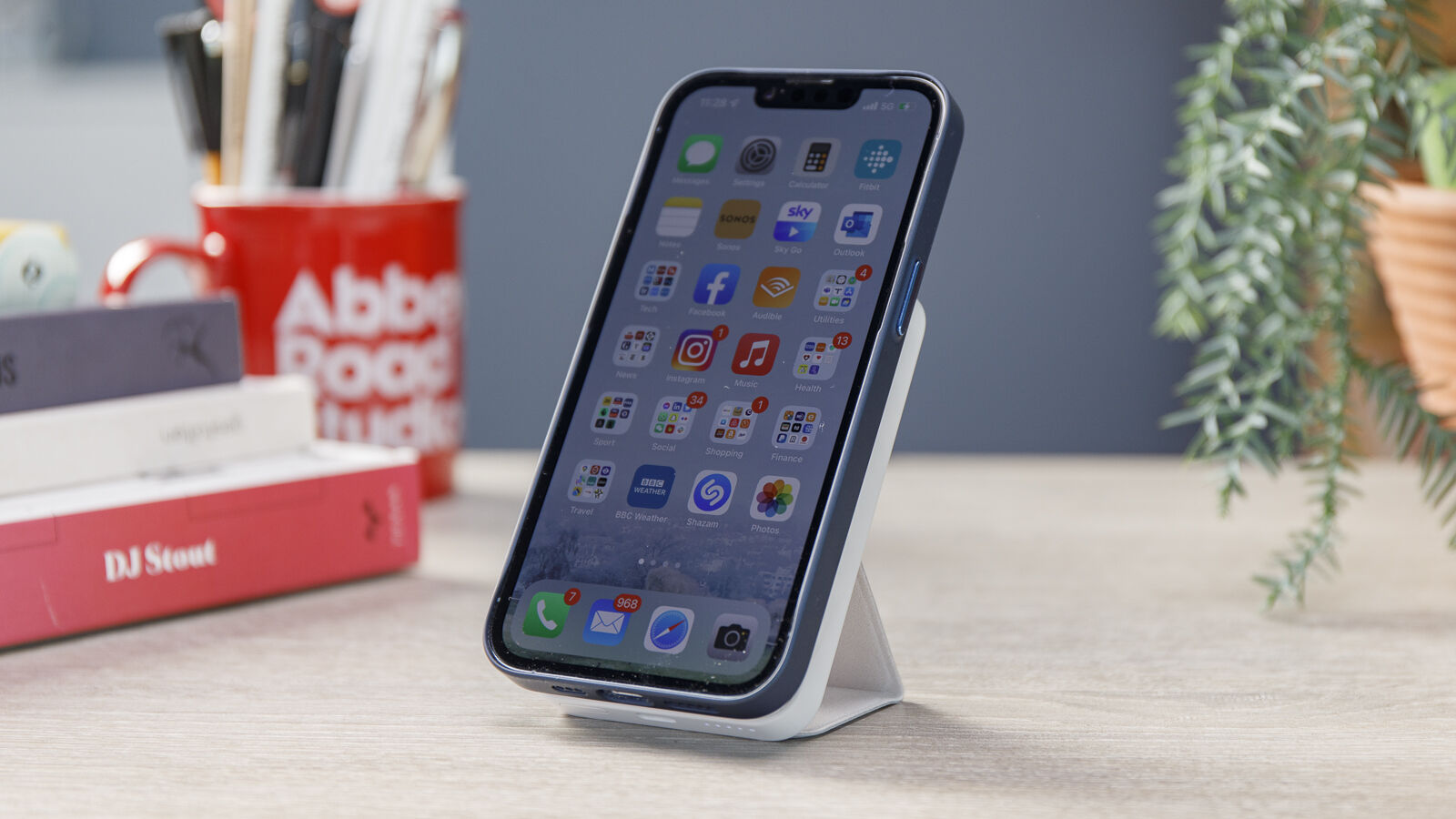 The Anker 622 has a 5,000mAh battery, which should in theory offer close to double the battery capacity of an iPhone 12 or 1.5x that of an iPhone 13. In reality, battery packs – especially wireless ones – won’t reach that potential maximum.

Anker’s 5,000mAh is an impressive margin of superiority over Apple’s MagSafe Battery Pack, which boasts a mere 1,460mAh.

Battery capacities are, however, more complicated than a straight shoot out, and if you do the maths on voltages between devices, Apple’s is more like 3,000mAh – still below the Anker power capacity.

To get a more real-world comparison, we tested all the battery packs and cases with a simple drain and charge routine. We waited till our test-unit iPhone 13 Pro faded to 5% battery and then set the battery packs to work.

The Anker MagGo 622 Magnetic Battery made it to 85% before running out, so we have awarded it a score of 80% recharge.

A big chunk of power (as much as 50%) is lost through the vagaries of wireless charging inefficiency, although MagSafe is certainly more efficient than a non-magnetic Q1 charging pad due to its locked-in positioning.

The Apple Pack scored 60%, so charges a drained iPhone significantly less than the Anker 622.

We have also tested a battery case (the 4,800mAh Newdery Battery Case for iPhone 13 Pro and iPhone 13), which scored 96% but is a different format to the MagSafe-compatible battery packs, and doesn’t charge the phone wirelessly, although it can be charged wirelessly itself. 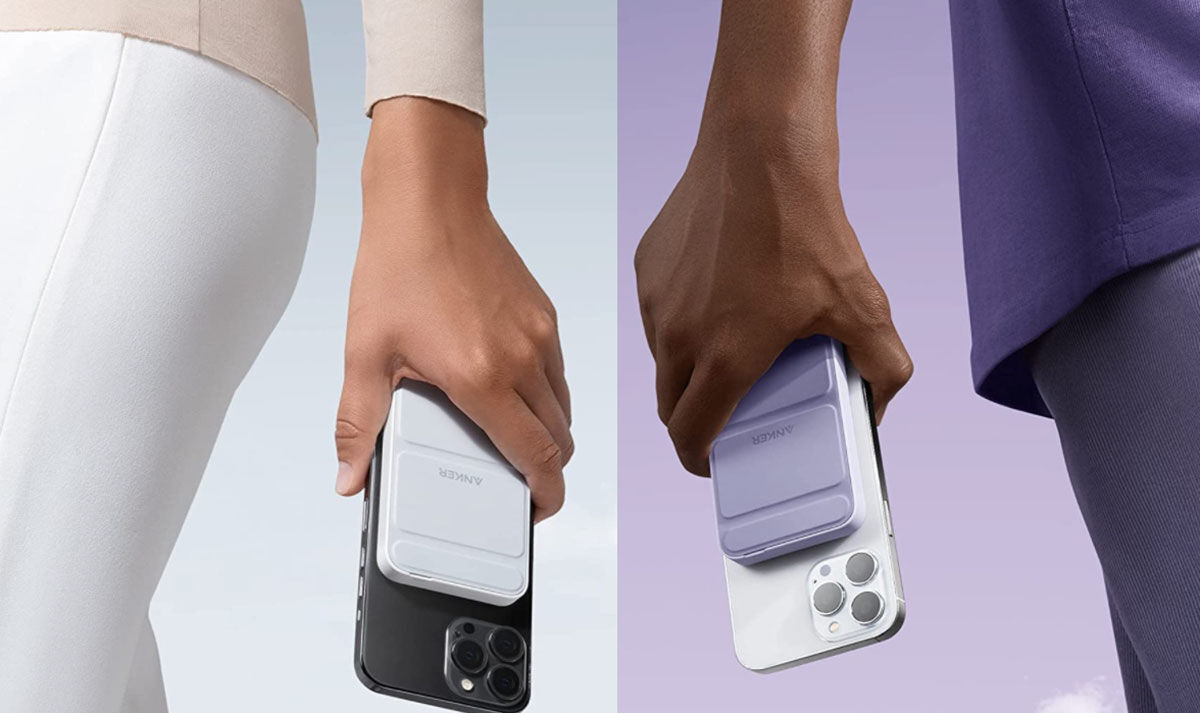 The Anker pack charges wirelessly at 7.5W. Originally, this was noticeably faster than the rather weedy 5W charge of Apple’s MagSafe Battery Pack but that has now been updated with a firmware update to match its 7.5W rivals.

But while the Anker MagGo 622 has a larger battery capacity, it can’t use the wireless Qi and cabled USB-C power simultaneously, which the Apple Pack can do to speed charging at up to 15W. Obviously, wired charging is not aimed at portability.

The Apple Battery Pack has some smarter features, too. For example, it will stop charging the phone when it reaches 90% as this is healthier for the phone’s internal battery. If the phone gets too hot, it stops charging at 80%.

The Anker 622 is itself charged via USB-C, while the Apple Pack uses Lightning, just like the iPhone itself.

The Apple pack is a little lighter than the Anker, but not particularly noticeably so.

And you get a wider choice of colors with Anker than Apple’s white-only model. 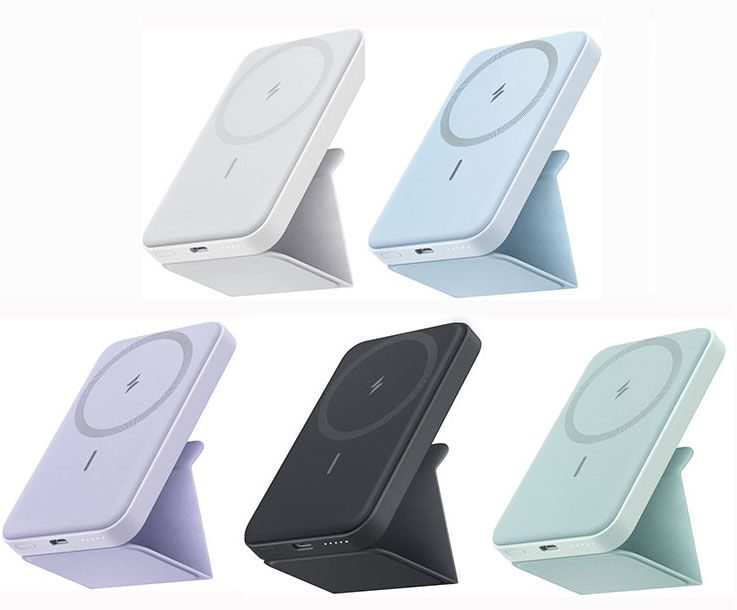 While we miss a full battery case for the iPhone 12/13, the Anker MagGo 622 and a MagSafe-friendly phone case are a neat and secure combination, with a handy integrated stand. You get nearly a full recharge for your iPhone, and the battery pack can be stored away for when you need it.

It’s cheaper than the Apple MagSafe Battery Pack, has a larger battery capacity, and is available in multiple colors.