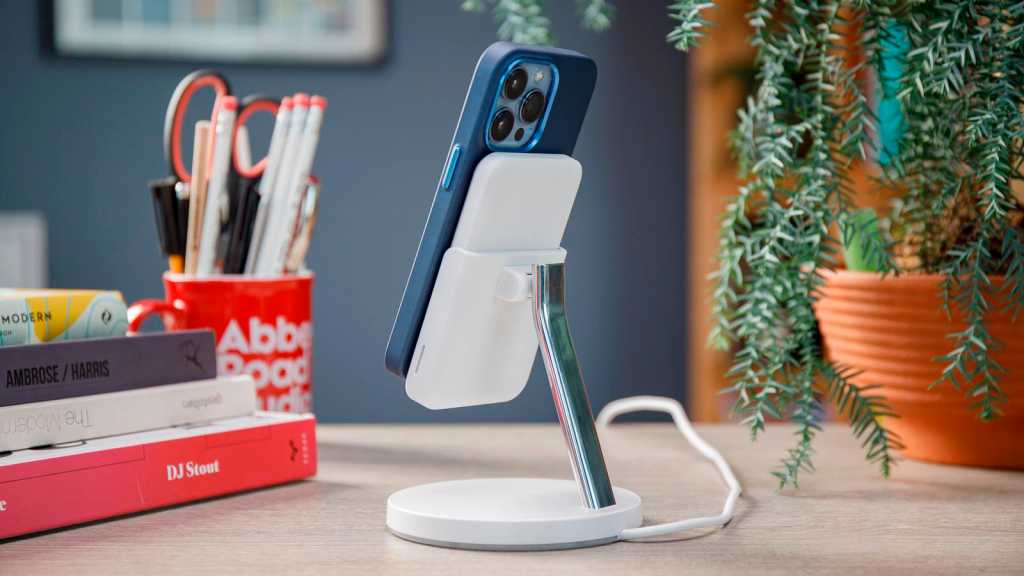 There are many third-party MagSafe accessories on the market but few as adaptable as Anker’s MagGo 633 Magnetic Wireless Charger.

It’s a versatile, multi-function 4-in-1 device that is help at home and when you’re on the go. It’s compatible with all series 12 and 13 iPhones, although when used a portable magnetic power bank it will not as easily fit the iPhone mini.

Yes, it looks like just a wireless charging stand for the iPhone 12 and 13 series models, but its charging pad is removable, so it is also a portable MagSafe battery pack like its little brother the Anker MagGo 622 – more details in our Anker MagGo 622 Magnetic Battery review.

On top of this, or rather on top of the stand’s base, it can wirelessly charge an AirPods case as well as the iPhone. 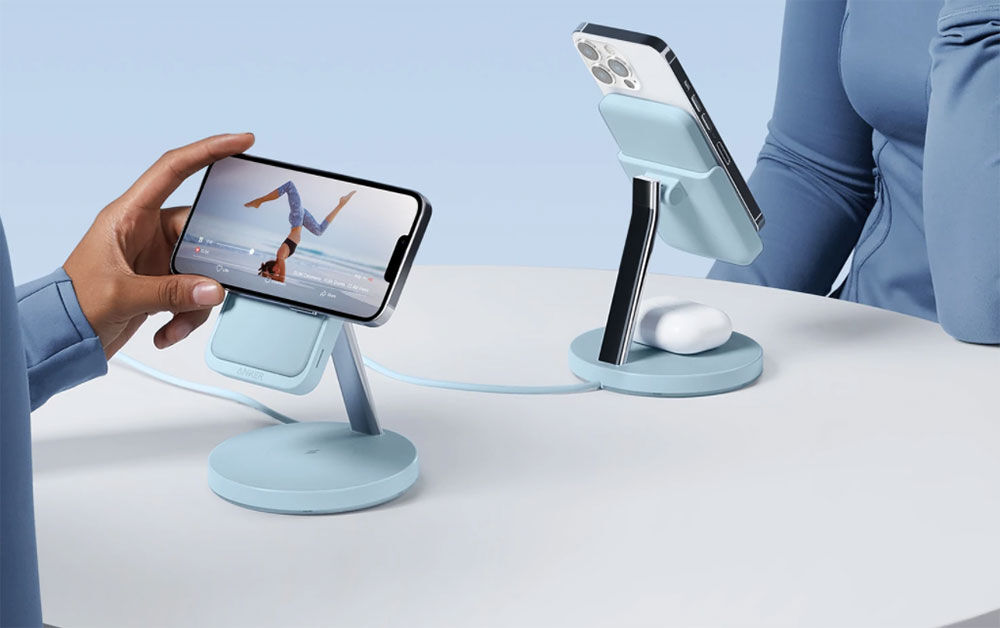 Plus, it’s an iPhone stand that can magnetically hold the screen in either portrait or landscape mode, with a 40-degree adjustable angle for comfortable viewing.

When removed from the stand, the battery pack is almost identical to the standalone Anker 622 portable MagSafe power bank. The main difference is at the base where there are additional connectors to charge the pack in the stand’s holster.

A USB-C port remains so you can charge it outside of the stand, too.

It also lacks the 622’s built-in stand, which makes sense as it is part of a sturdier stand itself.

Unlike other MagSafe battery packs, the Anker 633 comes with a wall charger and USB-C cable. 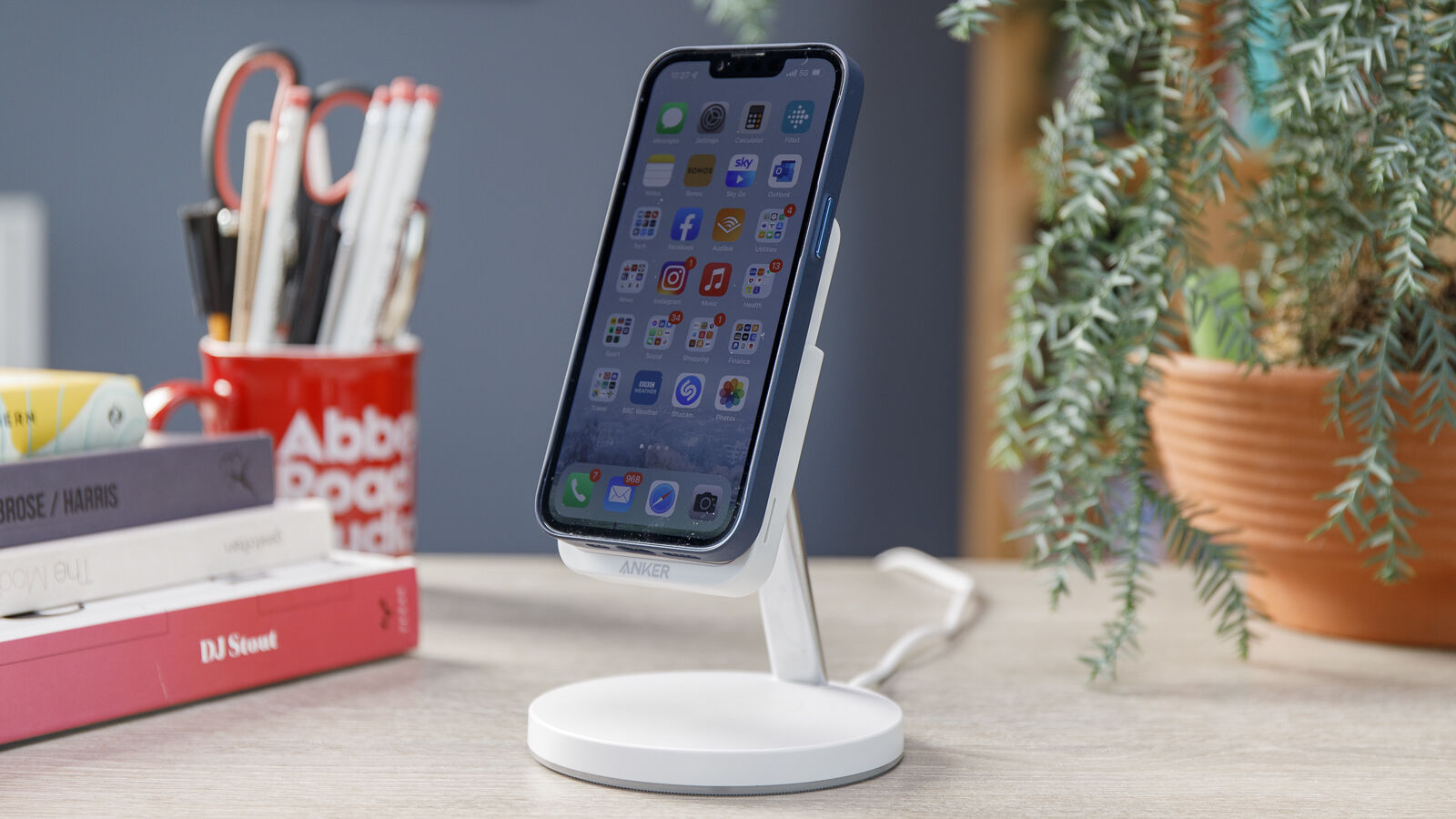 The Anker 633’s detachable battery pack has a 5,000mAh battery, which sounds massive but needs to be high because of the vagaries of inefficient wireless charging.

The Anker MagGo 633 is priced at $119.99 or £99.99. That’s not far off the same price as the Apple MagSafe Battery Pack, which lacks the charging stand, wall charger and cable.

It is available in three colours: Dolomite White, Interstellar Gray and Misty Blue.

The Anker MagGo 633 Magnetic Wireless Charger is a great-value multi-function charger (MagSafe for iPhone and Qi for AirPods), stand and portable power bank that costs around the same as Apple’s underpowered but admittedly smarter MagSafe Battery Pack.

It will recharge a drained iPhone 12 or 13 to 85%, which should be enough for most people on the go.

Back at base, it works as both a charger and a stable iPhone stand and will even charge an AirPods case at the same time as the iPhone.