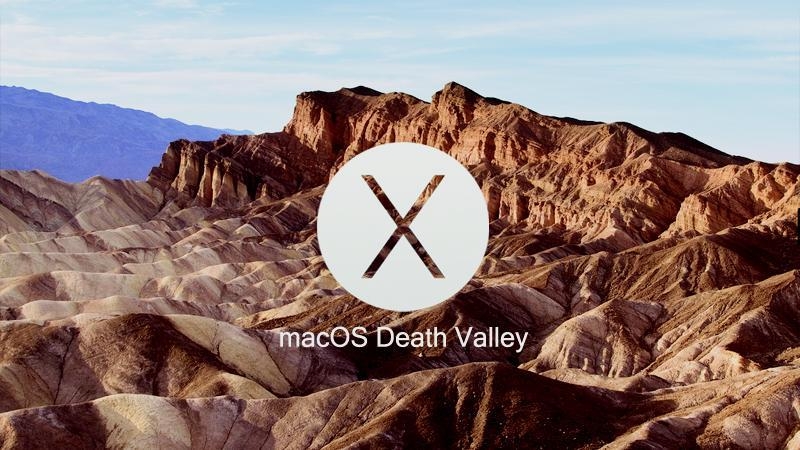 Versions of Apple’s Mac operating system used to be named after big cats, but that all changed with Mac OS X 10.9, which took its name from a Californian surfing spot (or possibly a dog). Apple said future macOS updates would all be named after places in the company’s home state.

Executives jokingly claimed that Apple had simply run out of suitable cats. But the switch to American landmarks is a nice branding manoeuvre for a company often criticised for outsourcing its manufacturing – and locating its profits – overseas.

Sure enough, the next Mac OS followed the new policy and was named after the Yosemite National Park; El Capitan after a rock formation in that same park; and macOS Sierra (and High Sierra) after the Sierra Nevada mountain range.

The latest, Mojave, is a desert in North America. It’s rough-hewn and outdoorsy, ultra-American yet exotic-sounding, and (needless to say, when we’re discussing America’s great physical landmarks) makes for stunning photography.

But where will Apple turn next for inspiration? Here are a few Californian cities, neighbourhoods and geographical landmarks that we think would work well as a name for macOS 10.15.

Composite images created by our talented intern Jake Williams; original photographers are credited individually. Their (modified) work is reproduced here with our thanks, under the appropriate creative commons licence.